Nigeria's current emigration wave and why it matters 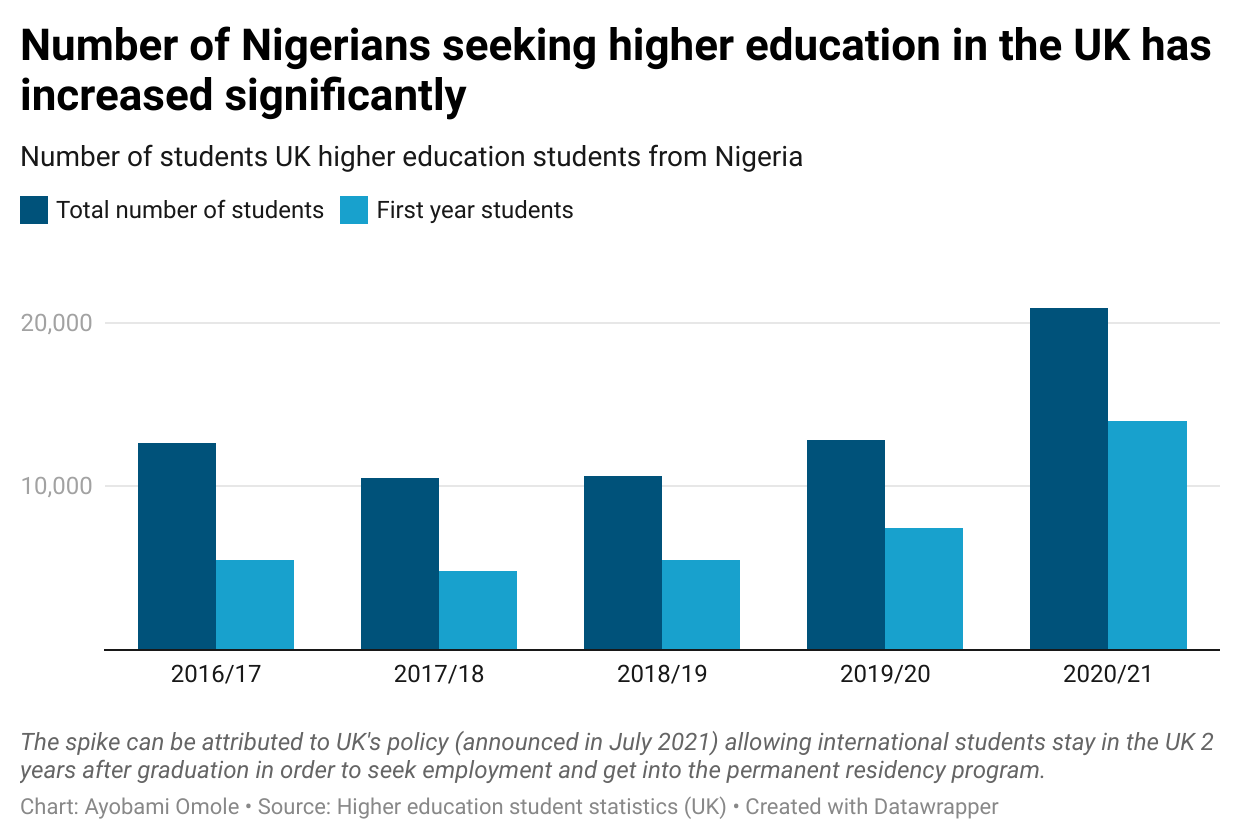 Although expatriate workers are usually considered a vital economic force because of the remittances they send back home, the long-term impact of mass emigration on economic development can be detrimental. In this note, we highlight the what, the whys and the likely effects of Nigeria's recent emigration wave.

It is August again, when higher education (undergraduate and post-graduate) programmes in the UK, Canada, Australia, and US resume. It means I will soon start getting WhatsApp notifications from different group chats (university, church and even my dance class), announcing that +234 (…) has now changed phone number to +1 (….), +44 (….) and other international numbers. On a group chat of Nigerian finance professionals, which I am part of, people have started joking and commenting about the "August/September transfer window" that will leave many employers with employee shortages. Another group of young Nigerians will go on to pursue a degree that they may or may not necessarily be interested in just so that they can "Japa".

Japa is Nigerian slang that translates to "run away swiftly". It has become the emblem of mass emigration from Nigeria. Nigerian professionals are leaving the country en masse to escape the harsh economic realities and seek better outcomes. To use a more familiar term, it is a brain drain. 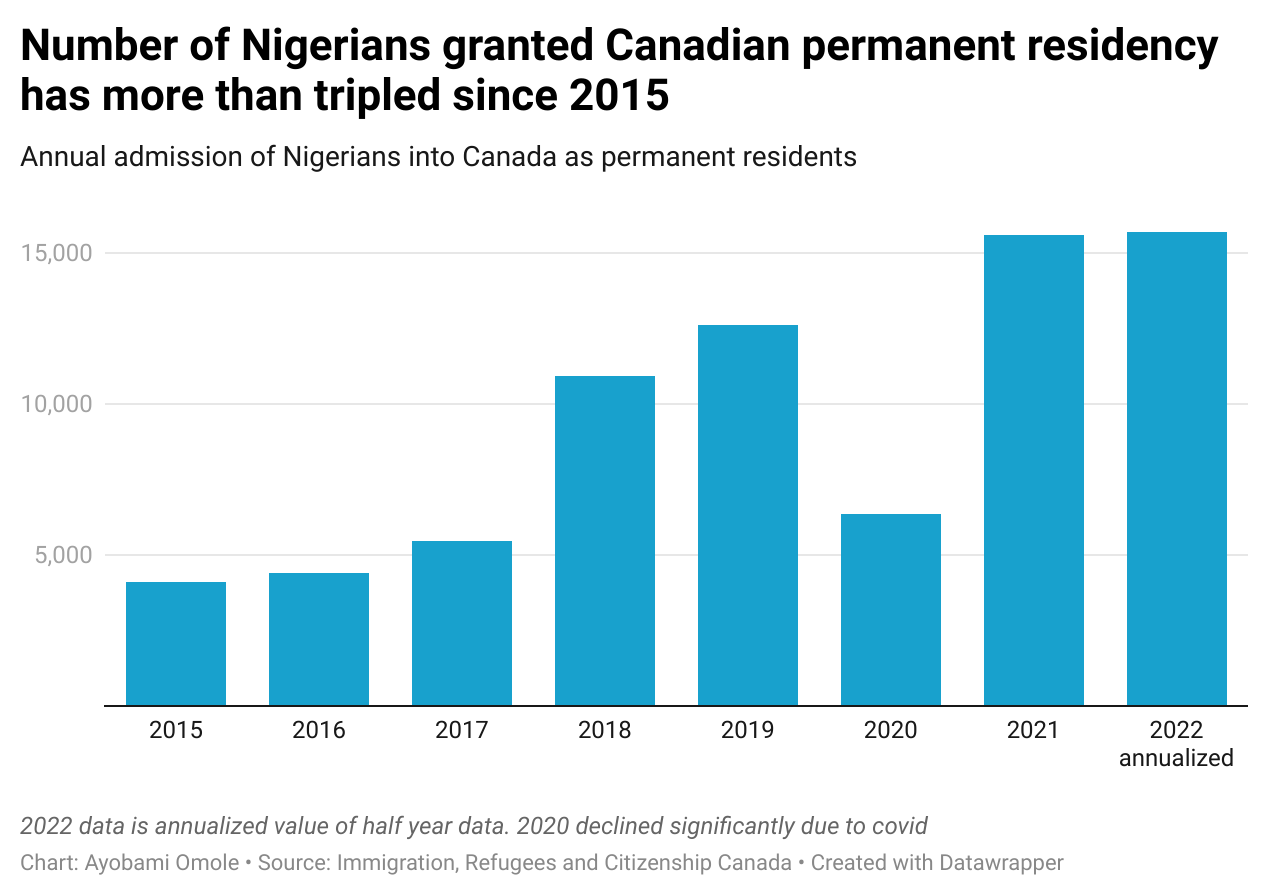 It also doesn’t seem like a widespread African phenomenon at the moment, but Nigeria is opening the door and it could be the beginning. 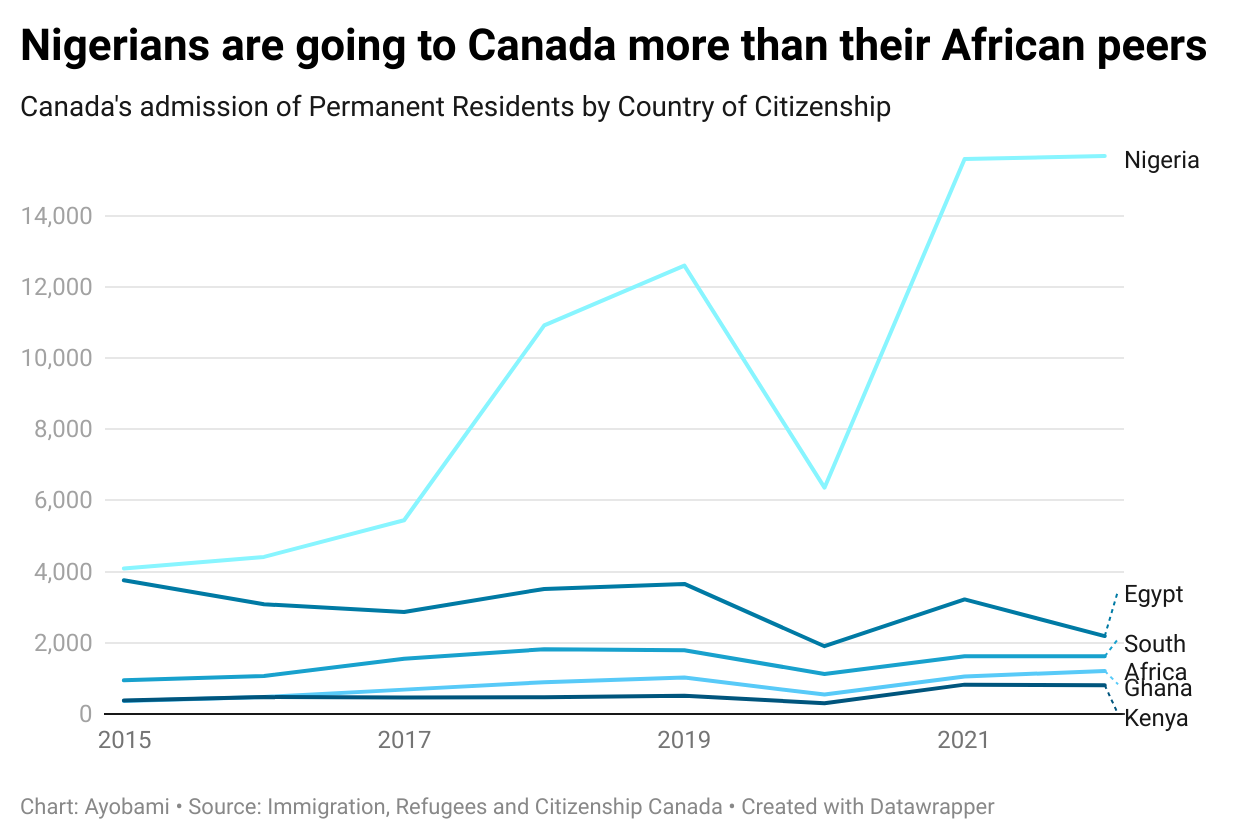 What are people running away from?

This increase coincides with the worsening economic situation in Nigeria over the past seven years. As a result, the 'misery index', a simple indicator of the economic distress felt by everyday people, has increased, currently exceeding 50%, from less than 20% in 2015. 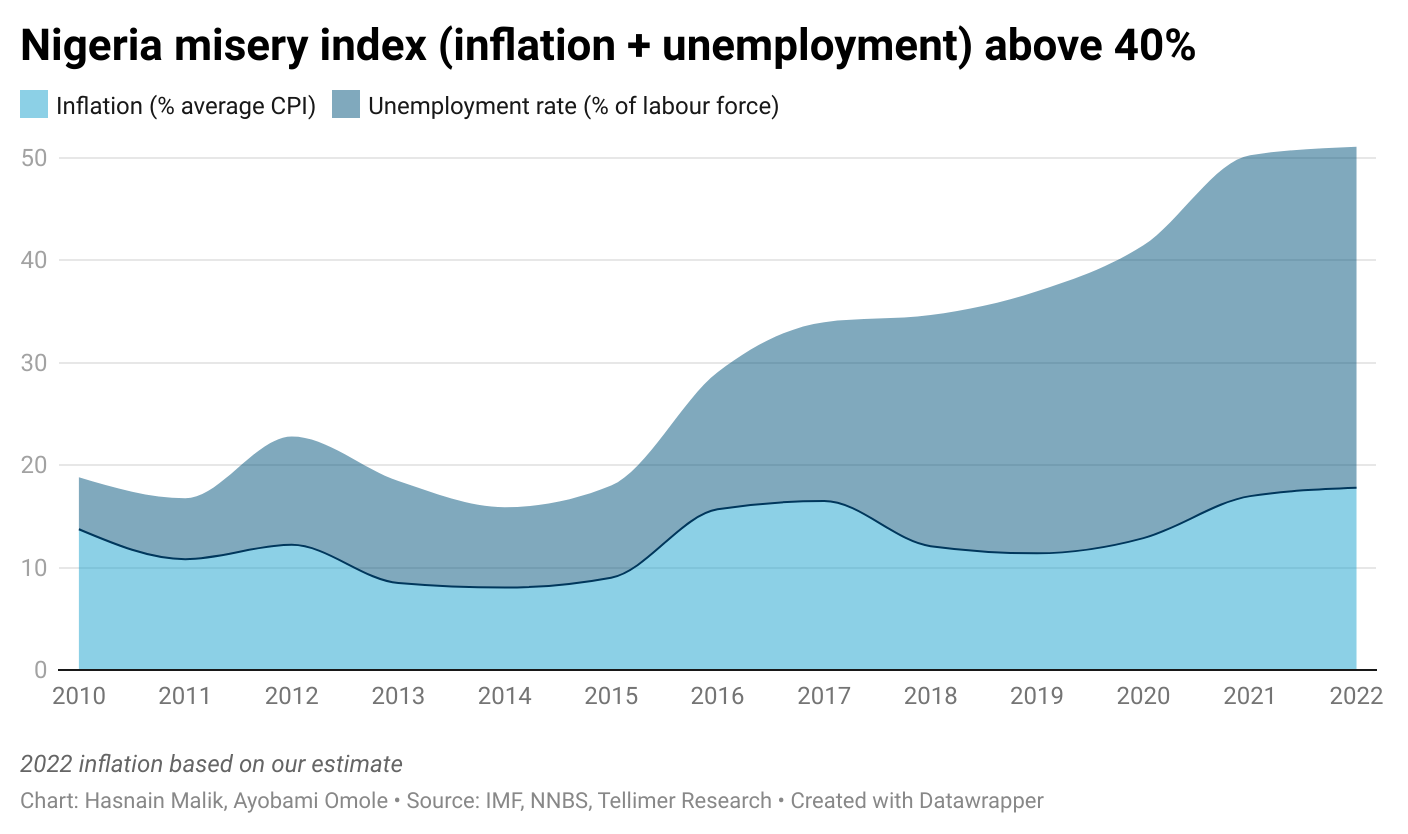 We have, on many occasions, highlighted the state of Nigeria's economy. The bad economic situation has caused frustration – part of what pushed Nigerian youths to protest in 2020 (EndSARS), but the protests did not shift the needle, and the situation has only worsened since then. As a result, people with the means are pursuing relocation opportunities.

Why are destination countries receptive?

For instance, the need for specialised skilled labour is driving countries to make allowances in their immigration policy. The UK, US and Saudi Arabia are among those that have created special routes for doctors and other health workers. These efforts have also been accelerated given the impact of Covid-19, with increasing demand for doctors.

More broadly, the median age of many developed economies has been on the rise for the past 50 years. We can attribute it to higher life expectancy, but low fertility is another common trend. The result of this is a declining workforce and eventually a declining population. As a result, countries such as Canada have set up express entry programmes to attract immigrants to fill that workforce gap. The demography is similar in the UK – ageing population and low fertility rate, and the current accommodating immigration policies by the UK have been fuelled by Brexit. 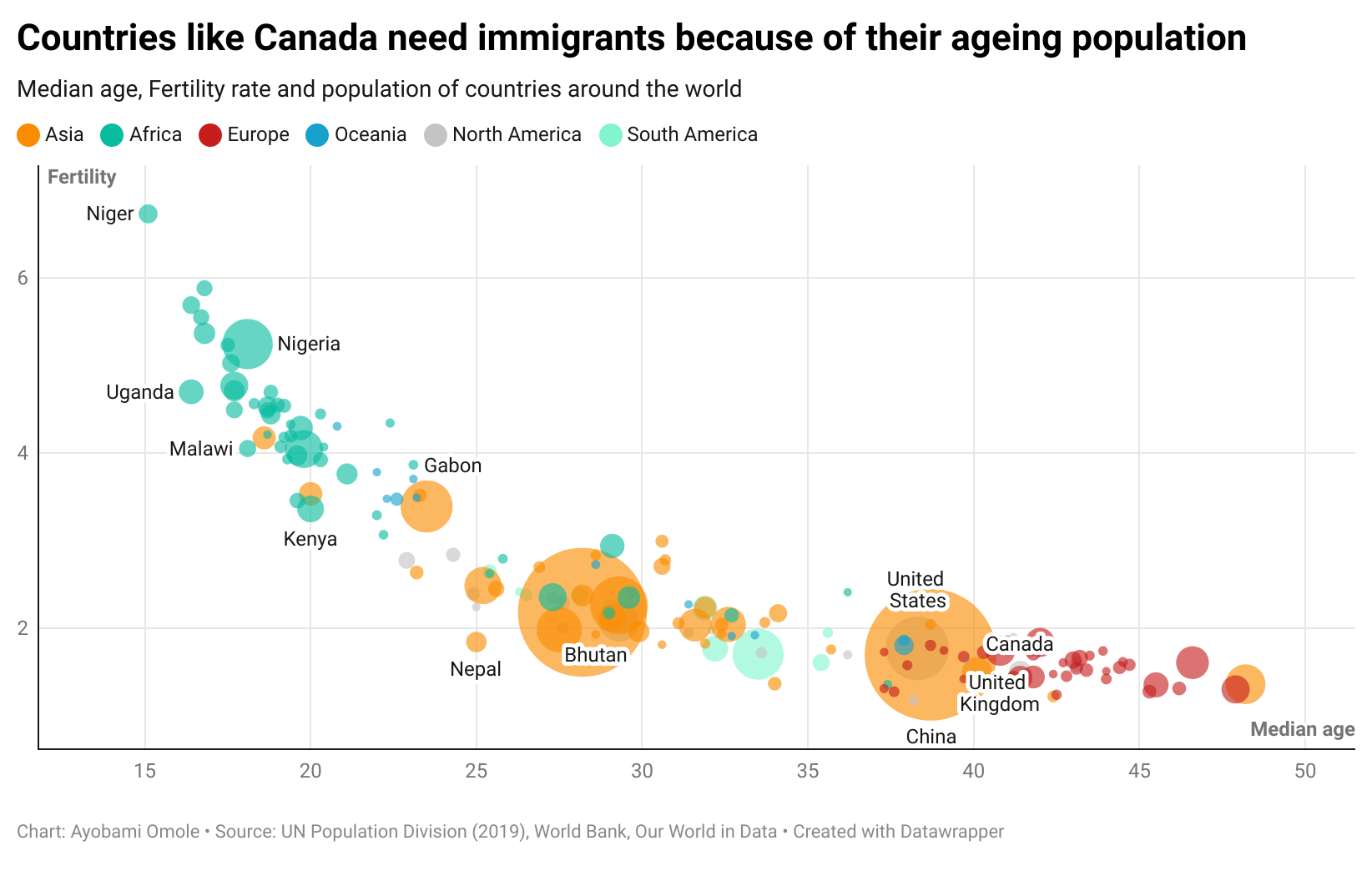 The demographic structure of the various regions indicates that African countries could be a key source of immigrants going forward, given the relatively young population and high fertility. This is also more likely for highly populated countries like Nigeria.

The case of Nigeria is eye-catching, but the country is actually lowly ranked when comparing the absolute emigrant stock and emigrant stock as a percentage of the population. Other emerging markets have more people and a larger fraction of their population living outside the country (when compared to Nigeria), but the recent emigration wave is likely to push the country up the rankings. 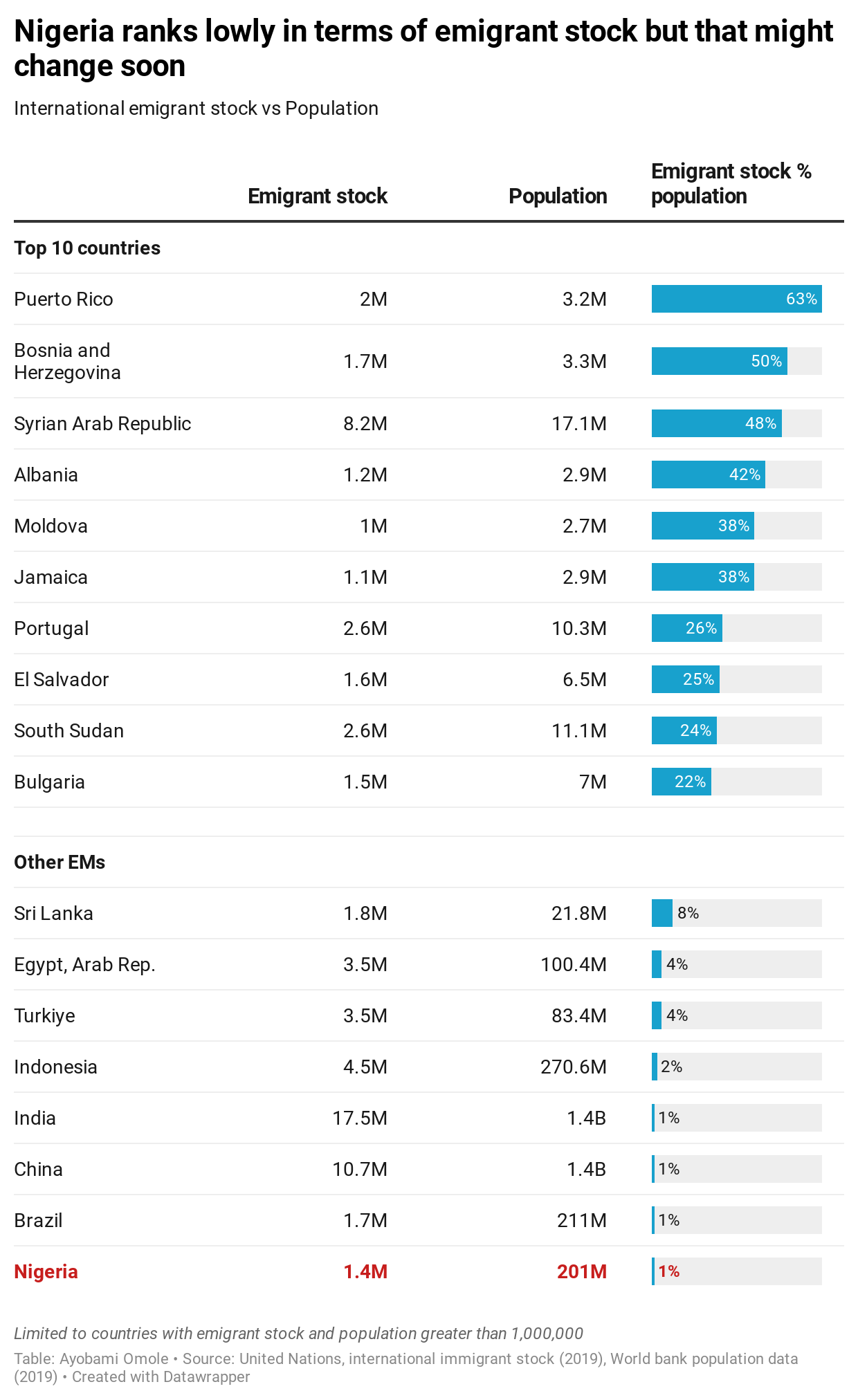 Emigrants have become critical economic agents over time through remittances and we can see a notable correlation (0.78) between the emigrant stock of select countries and the annual remittance inflow. 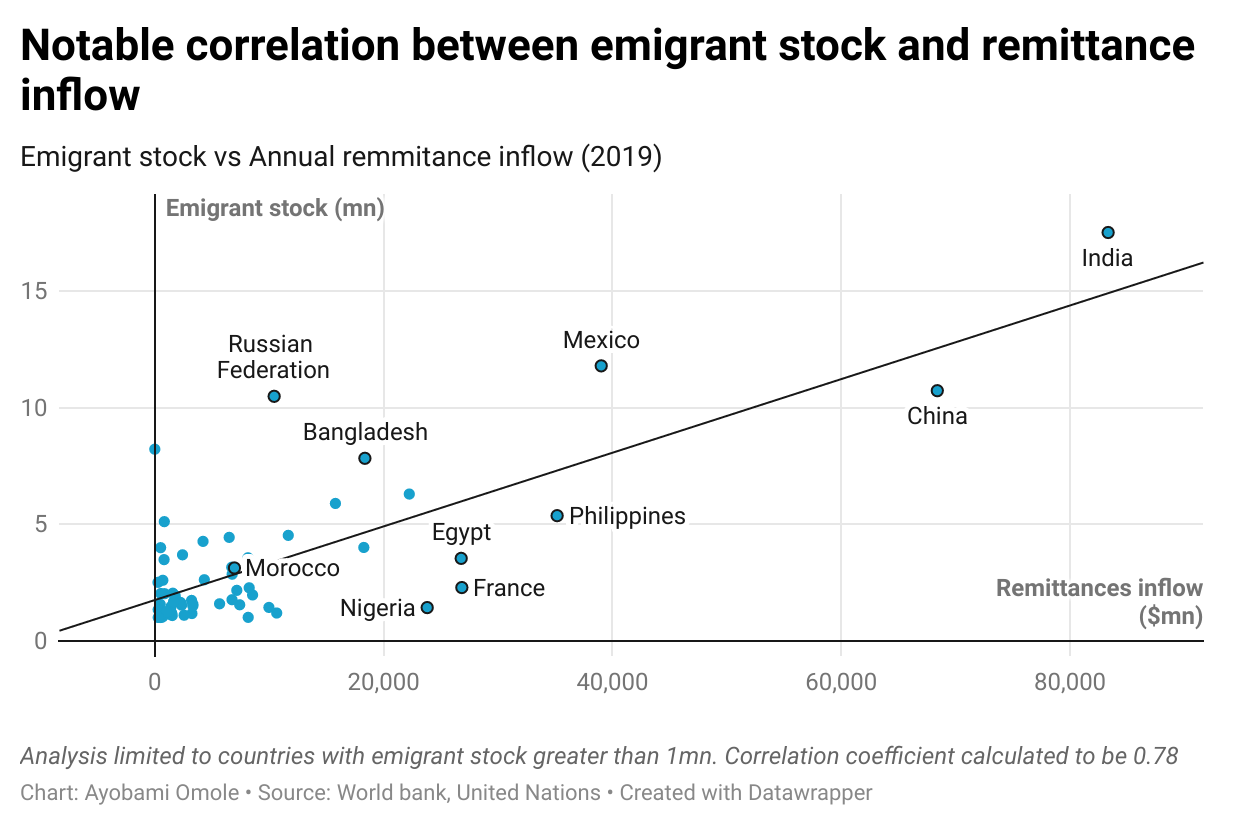 It’s not all rosy: Is it worth it?

It is hard to tell whether remittance is enough compensate for the impact of brain drain. On the one hand, the government loses out on the education investment made (for instance, university education is highly subsidised in Nigeria). In some cases, the origin countries are losing their scarce resources, eg Nigeria – like most African countries – already have a low doctor-to-citizen ratio, and the emigration of medical practitioners will only worsen it. 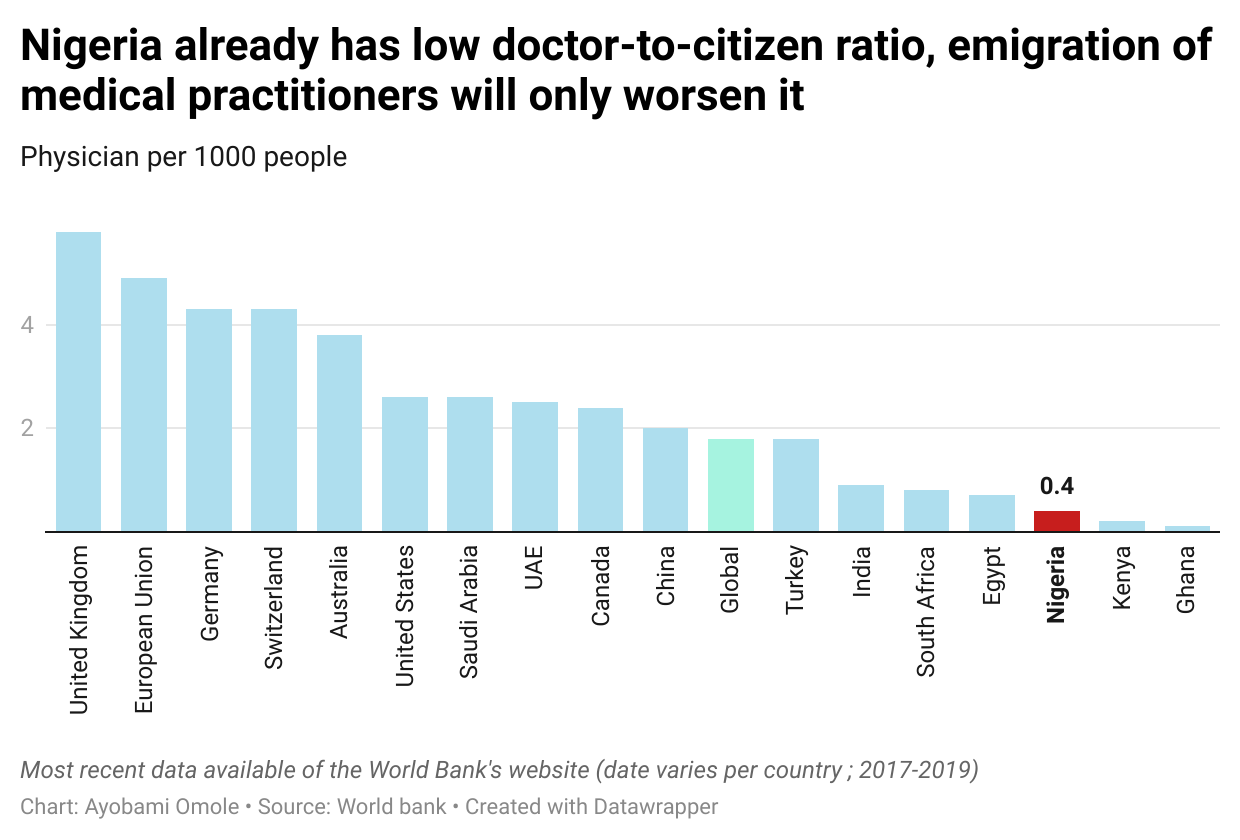 Furthermore, as emigrants reproduce and build out their families, it is highly likely that the following generations lose touch with their country of origin and therefore have no reason to send money. Lastly, the expertise and potential innovation from the highly skilled and educated emigrant is lost.