Nigeria's CBN Governor, ministers and appointees may be forced to resign

In the midst of multi-faceted problems, Nigeria’s politics is providing much-needed comic relief, as Central Bank Governor Emiefele could be running for the 2023 presidential elections, despite still being in office as well as his slim chances of getting past the primaries. Less funny is President's Buhari stern instruction yesterday that ministers and appointees participating in the elections should tender their resignations by 16 May. This could result in either a sparse cabinet or few candidates in the primaries. In Ghana, small-scale artisanal gold miners have been damaging farmland over the past year, threatening output from the world’s second-largest cocoa producer. But good news on Africa trade, for those with a six-year time horizon, as the new Lagos-Abidjan highway (expected 2028) could boost intra-Africa infrastructure and connectivity. And while global stocks slump, Nigeria equities are at their highest since 2008.

Africa trade to get a boost with new Lagos-Abidjan highway

The African Development Bank (AfDB) President, Akinwumi Adesina, in a recent tweet on his visit to Cote d’Ivoire at the ongoing UN COP 15 (see details below) mentioned that the bank had secured US$15.6bn in funding needed for the construction of the Lagos-Abidjan highway, covering c1,028 km and eight border crossings. The financing was the largest deal signed at the recent Africa Investment Forum boardroom sessions in March 2022.

The project, when completed in six years, will cut across the capital cities of five Western African countries – Cote d’Ivoire, Ghana, Togo, Benin and Nigeria – and reduce travel time by up to 50%. This will give a much-needed boost to intra-Africa connectivity and trade. 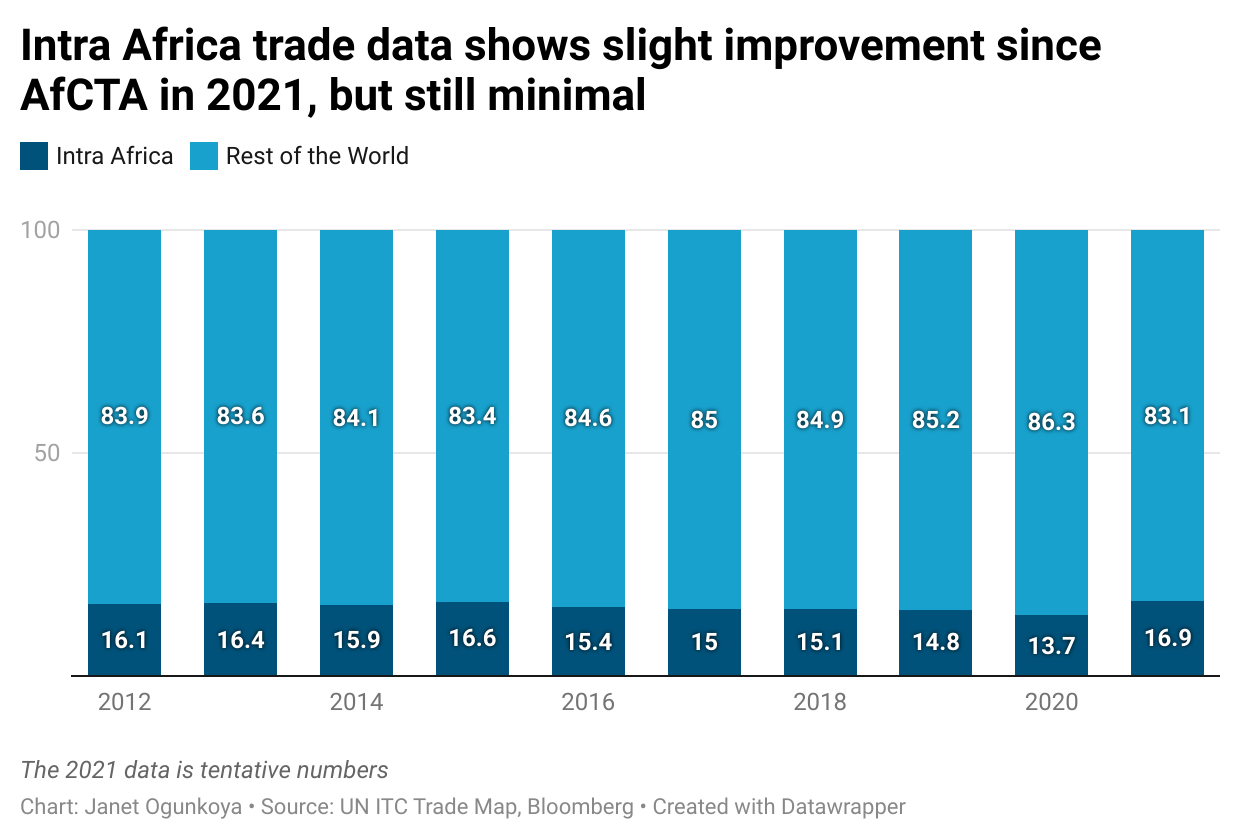 Nigeria’s 2023 elections: CBN Governor and other political appointees may have to resign

In the midst of Nigeria’s multi-faceted problems, its country's politicians are providing much-needed comic relief. In preparation for the ruling party – All Progressive Congress (APC) – convention, c26 politicians have picked up the NGN100mn (cUS$200k) presidential form, including Central Bank Governor Godwin Emiefele.

This confirms our view that Emefiele has presidential aspirations, as we highlighted in our 17 March edition of West Africa in Focus. Our concern then still stands now; his tenure as CBN governor runs until 2024 and his chances of getting past the primaries are slim.

However, Emiefele, along with 'ministers, heads and members of extra-ministerial departments, agencies and parastatals of the government, ambassadors as well as other political appointees' may now be forced to resign if they insist on participating in the forthcoming 2023 elections. The president's made this stern instruction yesterday, after his meeting with his ministers. This comes not long after a recent court ruling in which Emiefele was denied his request for immunity from Nigeria’s electoral body interfering in his ambitions to participate in the 2023 elections while retaining his seat as central bank head.

Overall, this could result in either a sparse cabinet after multiple resignations, or a very light selection of candidates in the primaries. It is worth adding that this does not include elected officers such as Vice President Osibanjo, who has also declared his interest in running.

Nigeria caves in to airlines on jet fuel subsidies

At a meeting between Nigerian government officials and airline operators, the government introduced three months of subsidies on jet fuel. This was done after airlines announced plans to shut down domestic flights due to the rapid rise in jet fuel prices from NGN250/litre in January to NGN700/litre now.

As a result, an agreement was reached that the NNPC would supply Jet-A1 fuel to nominated oil marketing firms for three months at NGN480/litre. This increases the buden on the government, as it can barely keep up with existing gasoline subsidies which could cost as much as cNGN5tn in 2022 (US$12bn, 2.4% of GDP), up from NGN1.6trn (US$4bn, 0.9% of GDP) in 2021.

This also shows another reason Nigeria needs the Dangote refinery, as well as the government's Port Harcourt facility, while regulated modular refineries will also boost the supply of petroleum products. 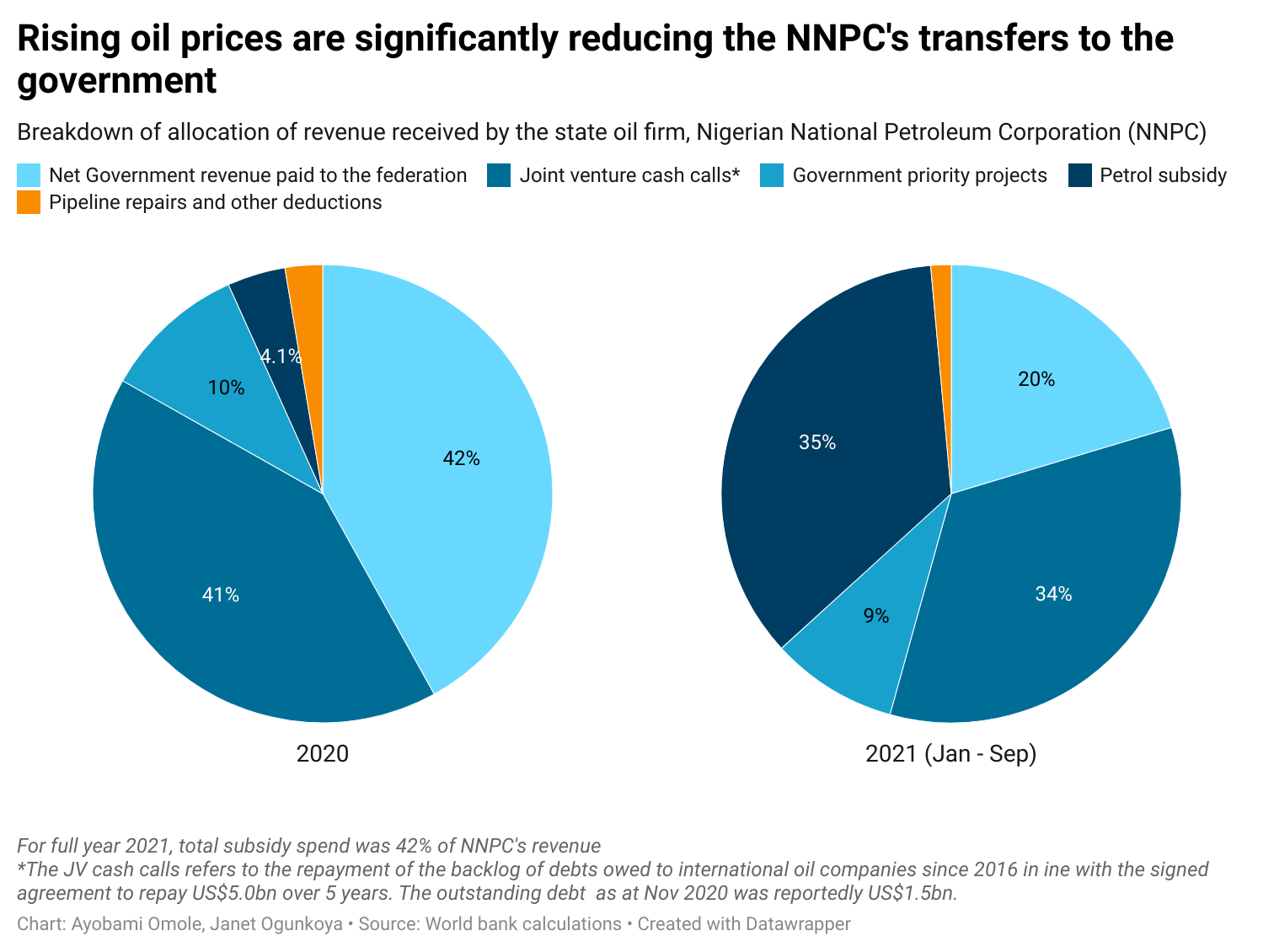 Last week, the Association of Licensed Telecommunications Operators of Nigeria (ALTON) sent a letter to the Nigerian Communications Commission (NCC) requesting an increase in mobile voice termination rate, data floor price, and SMS cost. The NCC has said that a due cost appraisal process will be followed before an increase will be implemented.

We see insufficient justification for a significant price increase considering the impressive financial results from MTN and Airtel Africa over the past couple of years. However, the two unlisted providers, Glo and 9mobile, might be finding it tougher, as that smaller players are often at a disadvantage in the telco industry.

Regardless, a tariff increase is a dangerous path to explore, considering that mobile services and internet affordability is essential for the next stage of telecom growth in Nigeria. The price of mobile packages remains above the benchmark of 2% of GNI per capita, and bringing costs down should be the goal – to encourage higher uptake of mobile services. 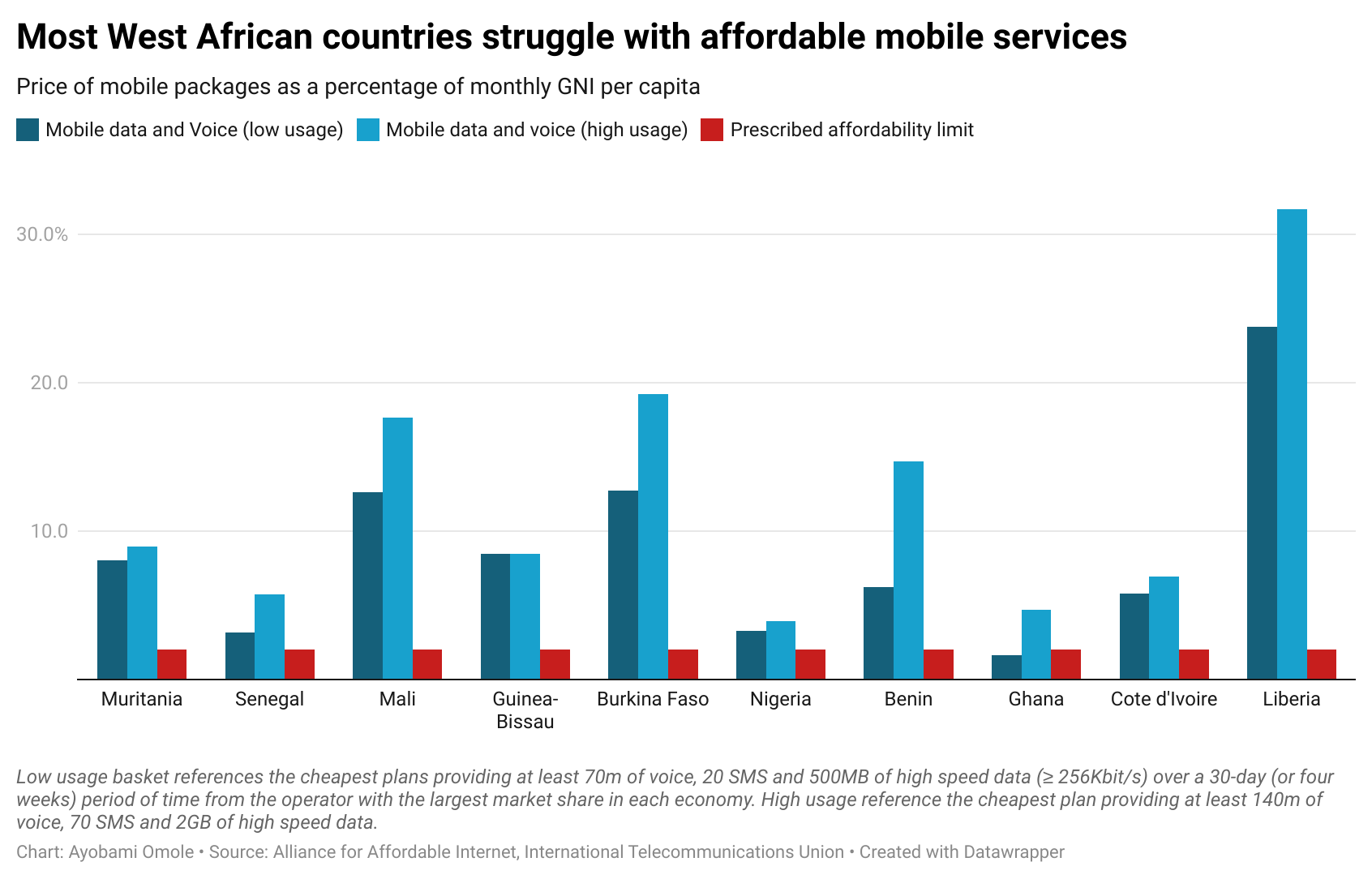 Small-scale artisanal gold miners in Ghana have damaged cocoa farmlands over the past year. The Ghana Cocoa Board disclosed that over 19,000 hectares (c2% of cocoa plantations) had been damaged by miners operating illegally. This adds to the existing challenges for Ghana's cocoa producers of drought and swollen shoot disease. Ghana is the second-largest producer of cocoa in West Africa (which produces over 70% of global cocoa bean supply). 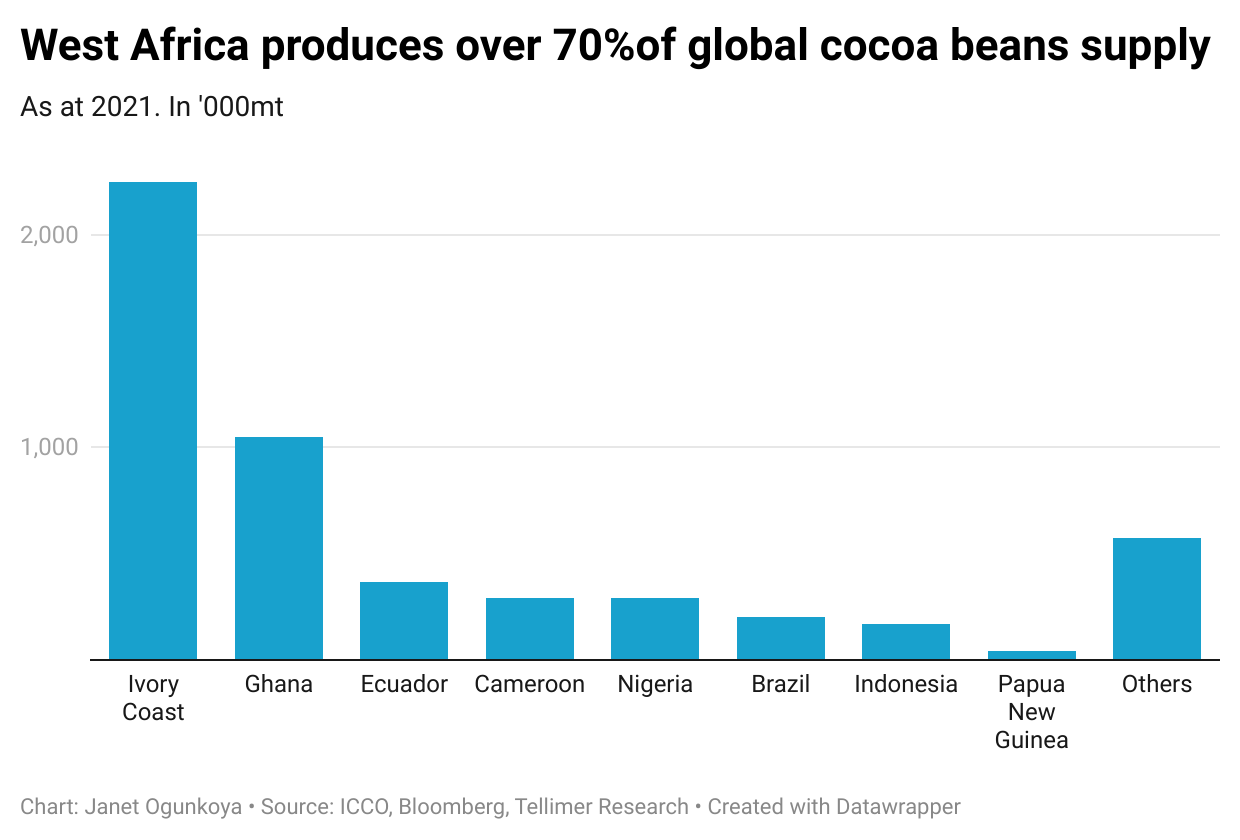 The IMF expects inflation to remain high for the rest of 2022, given the global food and energy supply situation – the Fund expects Nigeria's inflation rate to close the year at 15.6%, and inflation printed at 15.92% in March. As we have noted, the Russia-Ukraine war has enormous implications for Africa inflation – we expect numbers for both Nigeria and Ghana to increase in this week's data releases.

UN COP 15 summit against deforestation in Abidjan, Côte d’Ivoire (9-20 May)

The event, themed “Land. Life. Legacy: From scarcity to prosperity,” brings together leaders from governments, the private sector, civil society and other key stakeholders from around the world in the fight against desertification, land degradation and drought. Land restoration, and related enablers such as land rights, gender equality and youth empowerment are among the top items on the Conference agenda.

Nigeria's equity market fired on with its fifth consecutive week of gains, as the NGX ASI rose 5.4% wow to its highest levels since 2008. This brings ytd gains to 24%, making it one of the best performing in Africa. The positive sentiment is driven by investors taking positions as Q1 earnings releases roll out and the reinvestment of dividend payments. Investor interest this week has largely been in bluechip stocks such as MTNN, DANGCEM, NB, AIRTEL. Investors also remain bullish on local palm oil producers like PRESCO and OKOMU with Indonesia having banned palm oil exports.

Valuations on stocks are now stretched and with the excitement from Q1 22 results releases thinning out, the market could enter correction and put an end to the winning streak. In the long term, our outlook for Nigerian equities is unchanged: FX restrictions will keep Nigeria off-limits for fresh capital from foreign investors, while locals will dominate. Also, several factors point to increased domestic yields towards H2, which might put a dampener on local participation in equities. 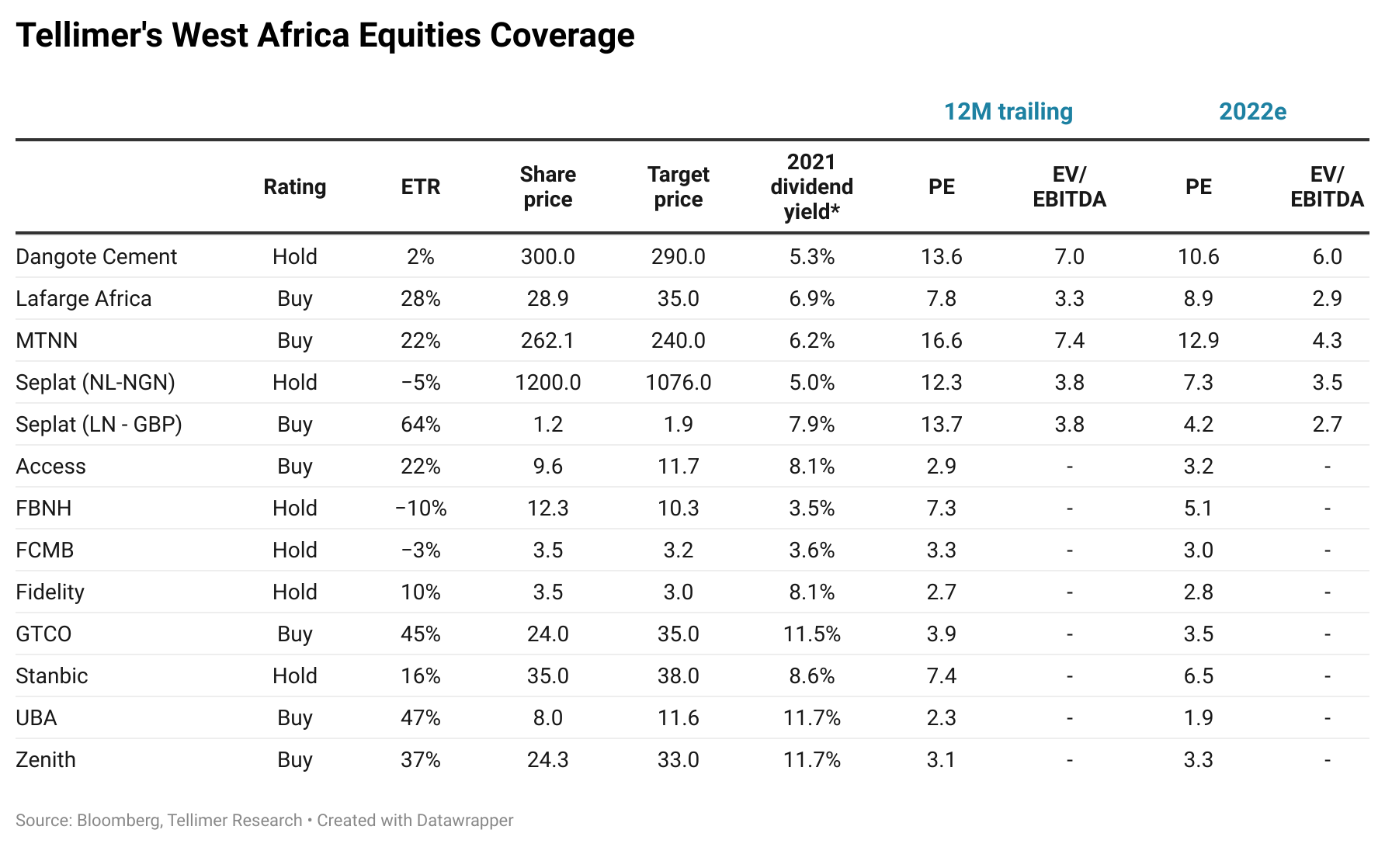 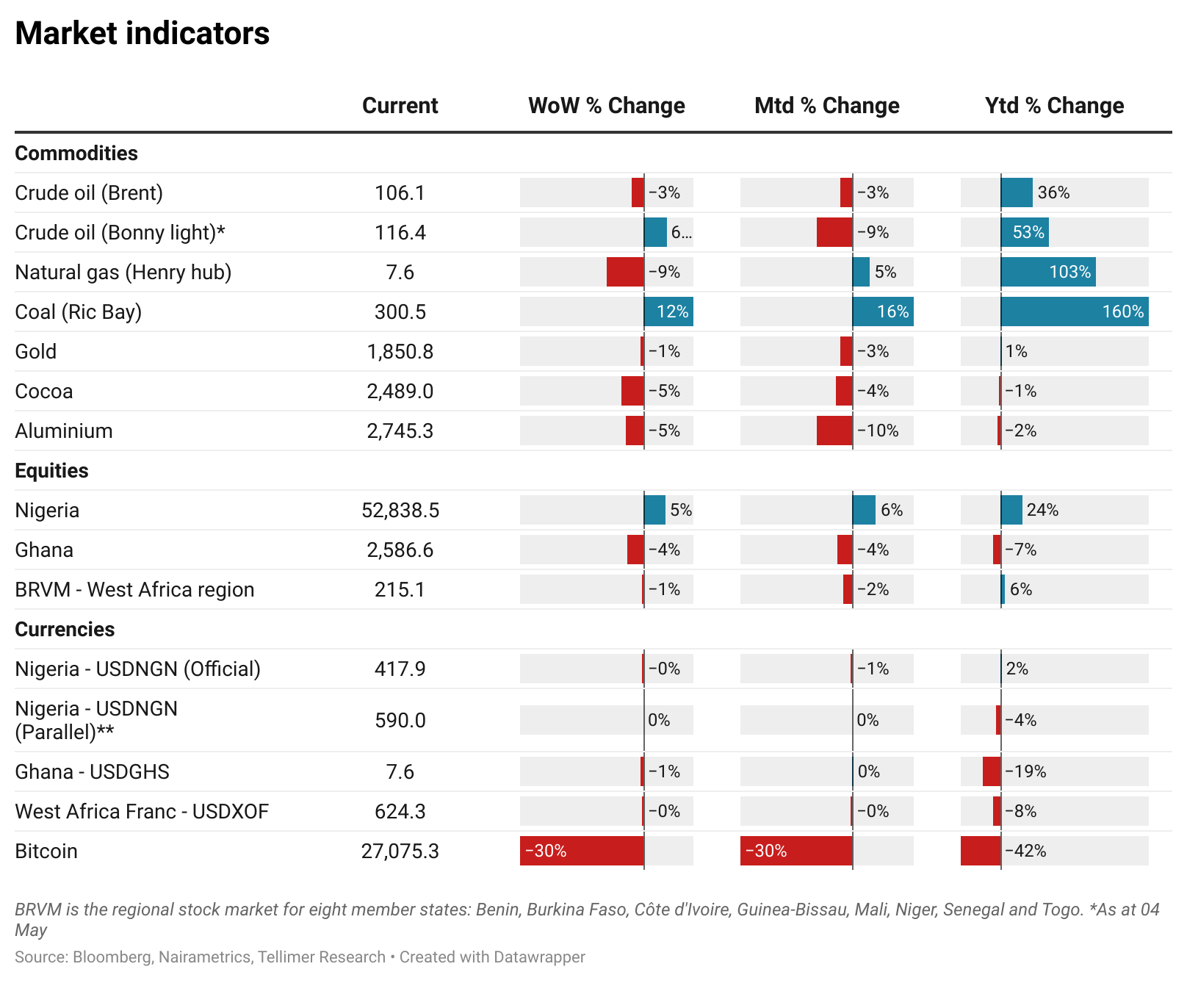 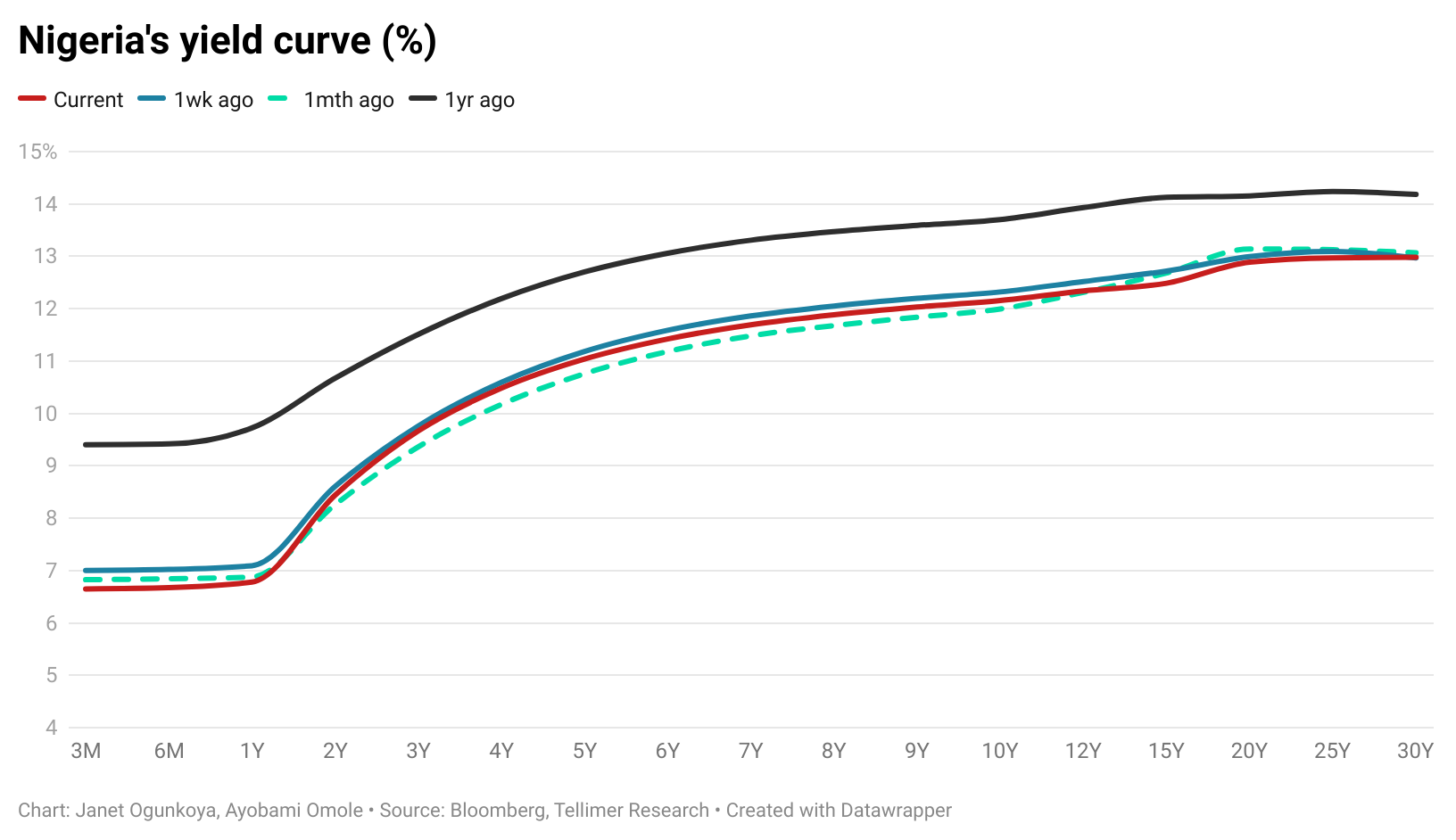 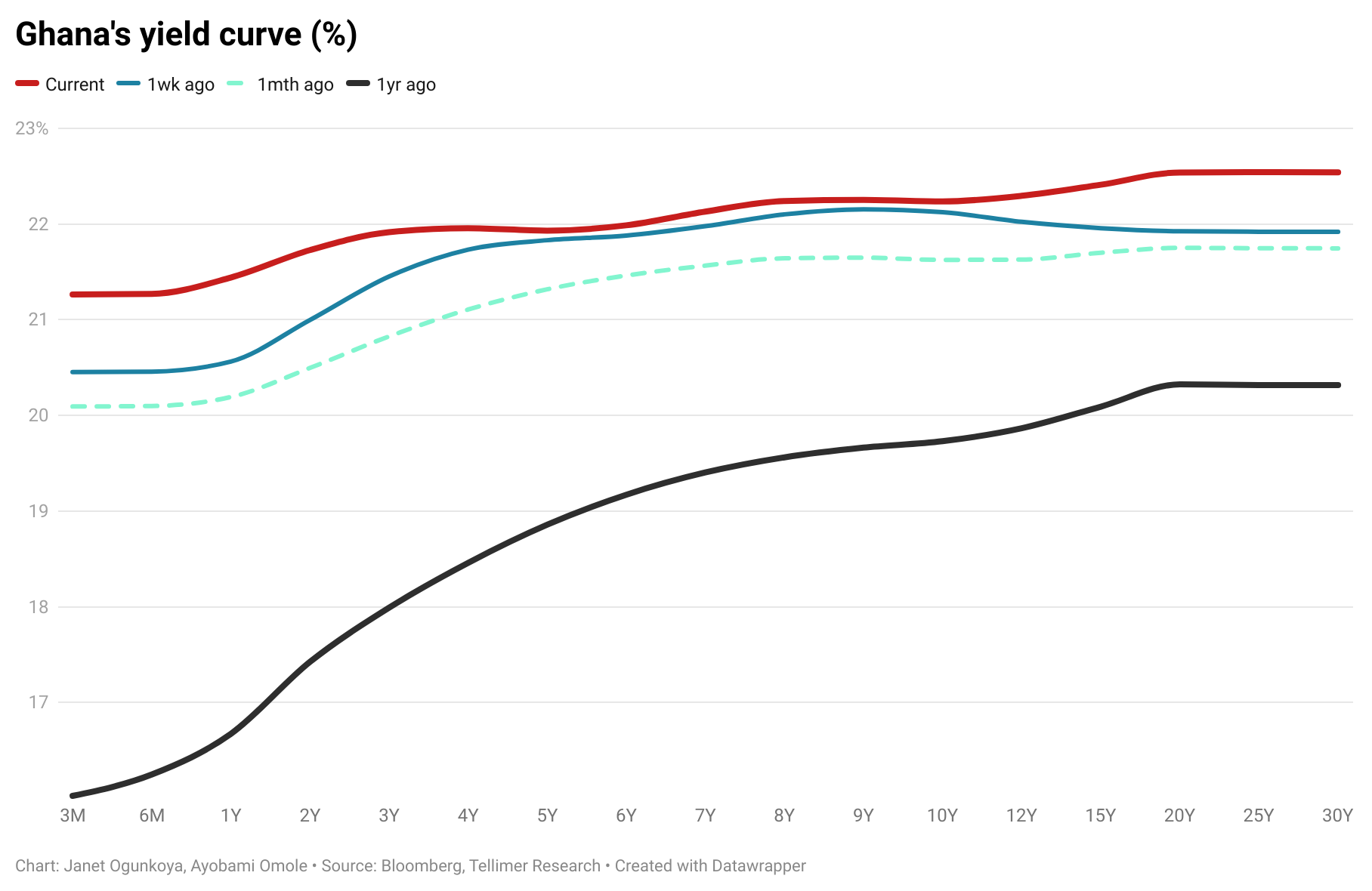