Nigeria: Securitising CBN loans may not signal the end of monetisation

Nigeria's President Muhammadu Buhari has approved the securitisation of the ballooning central bank (CBN) loans to the government – also known as ways and means financing – according to reports on Wednesday. Discussions to securitise the loans have been ongoing for over two years.

As we've highlighted in our previous note, persistent backdoor funding (NGN20tn in June 2022) to the government negates the central bank's efforts to tame inflation and salvage the naira. It also means that local investors are likely to continue booking negative real returns on investments as yields remain suppressed (compared with inflation). 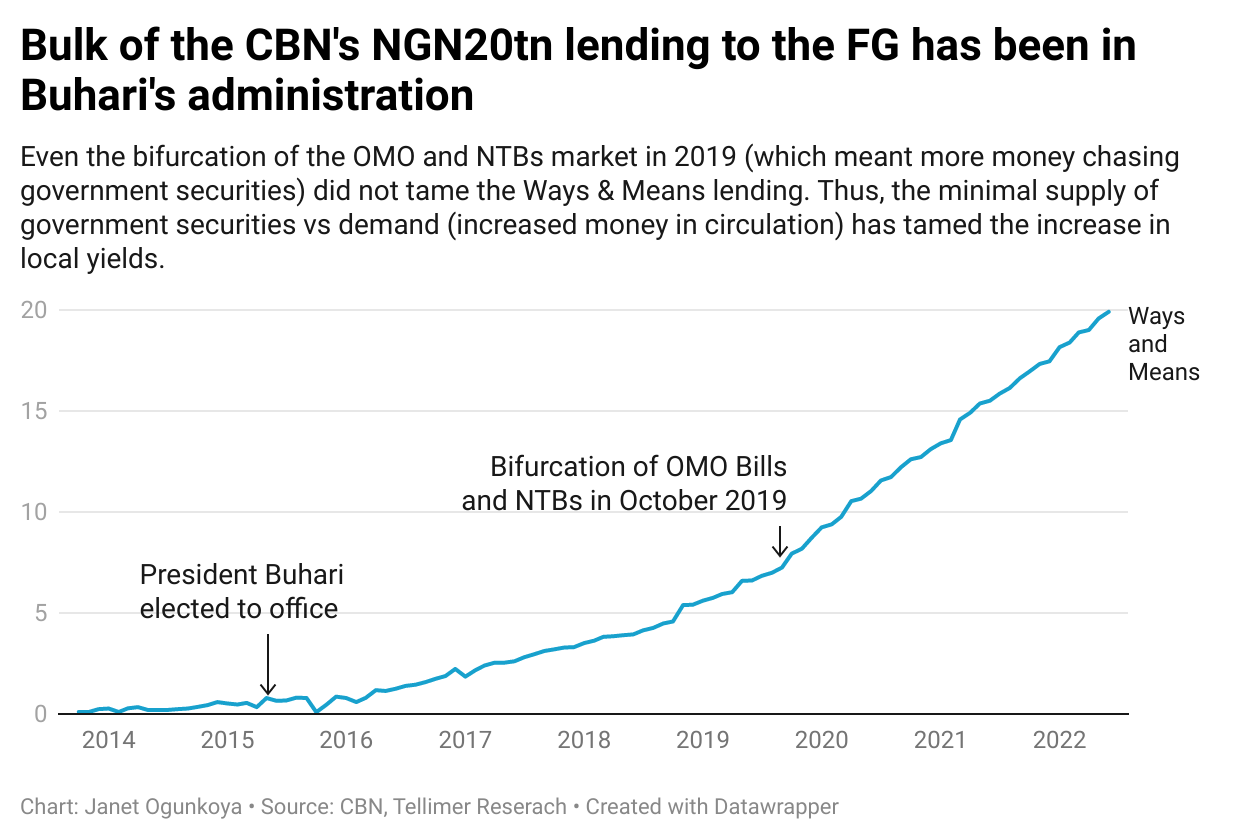 The CBN loans will be converted to 40-year bonds, at a 9% interest rate with a moratorium (grace period before amortisation kicks in). Details on how the bonds will be issued are yet to be provided, but according to the Director General of the Debt Management Office, "it is a one-time restructuring repayable over 40 years". The timing of the conversion will be announced after approval from the parliament.

Nigeria's Federal Government can either issue the bonds to the market or the central bank (the more likely scenario).

The securitisation of the "ways and means financing" has been long overdue. Although we note that it is just an accounting exercise, the latest move will increase the country's official debt to NGN62tn from NGN42tn as of June 2022, which is 34% of GDP up from 23% of GDP (excl. AMCON). This remains within the IMF/World Bank's recommended threshold of 55%, but gets close to breaching the government's new threshold of 40% (increased from 25% in February 2021). However, a more worrying debt indicator is the government's rising debt service costs, which at the end of June 2022, had increased to 79% of aggregate federal revenue and 107% of federally retained revenue. The 2023 budget has made provisions for debt service/aggregate federal revenue of 65%, but this is also likely to be breached given that the government rarely hits its revenue targets.

Whoever takes office after the 2023 elections in February, will have their work cut out for them. More so, as the capacity to borrow locally will be lower. As we have pointed out earlier, Nigeria's debt service burden is unsustainable due to incredibly low revenue, even in an environment where rates have been artificially suppressed by market bifurcation and through the use of "ways and means" advances. If fixed income yields rise closer to market determined levels, the debt service burden would worsen. So although the capacity to borrow locally will be lower (as the domestic market will have to absorb a much greater portion of issuance each year), it becomes a necessary evil as the CBN monetisation has created severe imbalances in the market. 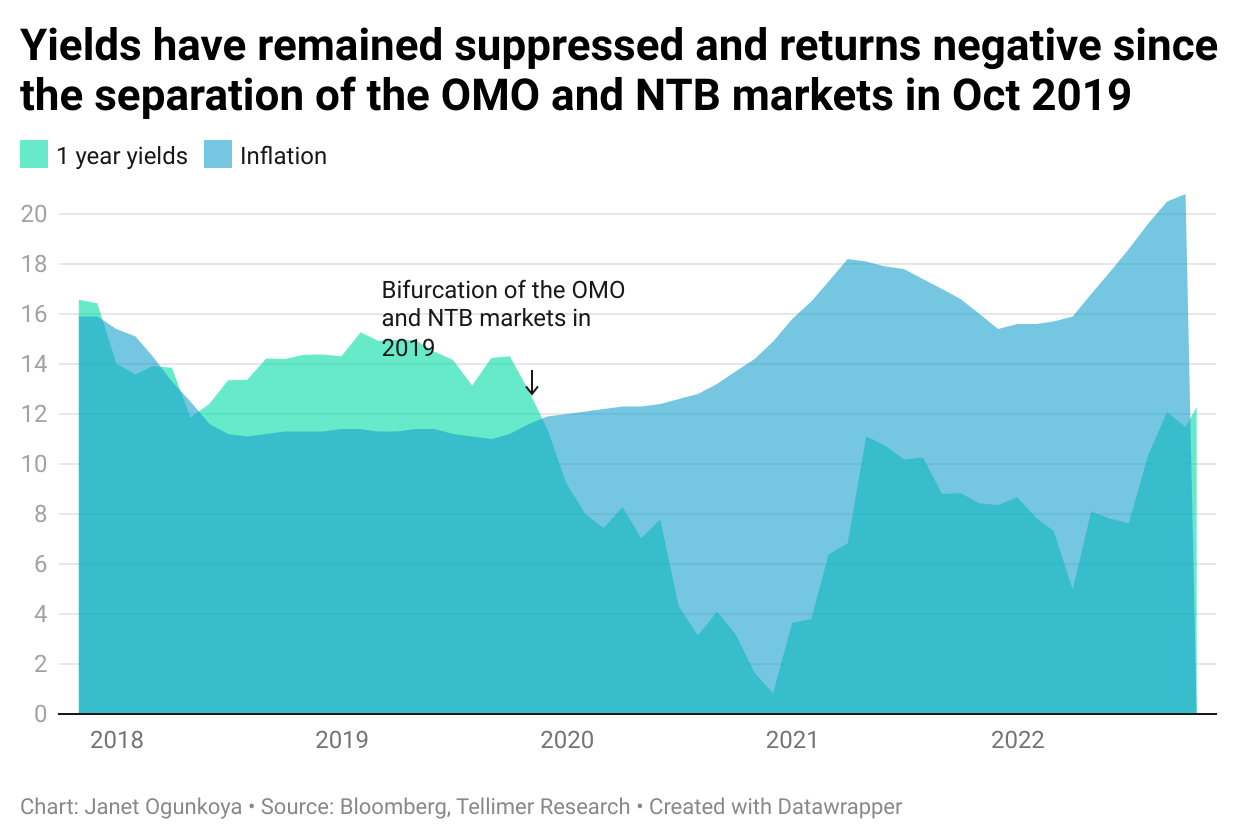 Overall, the clean slate with the CBN "ways and means" financing via the current securitisation could mark an end to the government's unorthodox means of borrowing. But if there is not enough local demand to absorb increased issuance, the government (especially future administrations) may have to return to the "ways and means" advances.

Nigeria: CBN's elevated funding to the government increases risk to the naira