Nigeria’s Vice President Yemi Osinbajo is in the US to meet with the World Bank and US counterpart Kamala Harris in a bid to secure funding of US$10bn for its energy transition plan ahead of COP 27 Egypt. The current administration’s strides towards net zero are impressive, but the risk is that they will be short-lived given its term ends in February.

Meanwhile, Nigeria’s non-oil sector has continued to drive impressive GDP growth numbers for the economy. The 3.5% headline number in Q2 was faster than the rate in Q1 and beat consensus expectations. The economy could be on track to meet the IMF’s 2022 projections.

And Nigeria's surging 'Japa wave' of emigration could be yielding some positives, as workers’ remittances show a steady recovery. This is especially needed to boost the country’s external position, as oil revenues plunge.

In Cote d’Ivoire, a higher-than-expected cocoa yield is set to boost supply, leading to a decline in cocoa prices; however, the price outlook remains strong. And, in the markets, the naira depreciated over the week, dropping, again, to NGN700 against USD.

Ahead of the COP27 meeting in Egypt in November, the Nigerian government, led by Vice President Yemi Osinbajo, is seeking US$10bn in funding for its energy transition plan (ETP). The government developed the ETP after COP26 and it forms the basis of Nigeria's commitment to reach net zero emissions by 2060. The US$10bn is what Nigeria estimates it needs in annual financing for the US$410bn above-the-usual spending over the next 38 years. In total, Nigeria estimates it requires US$1.9tn (including US$1.5tn business-as-usual spending) to reach its carbon-neutral target.

The World Bank is expected to be the first partner contributor with a US$1.5bn commitment and Osinbajo is currently in the US to meet with the Bank and US Vice-President Kamala Harris. As Osinbajo puts it, “for Africa, the problem of energy poverty is as important as our climate ambitions” and the ETP is an impressive step towards carbon neutrality. However, the current administration's term ends in less than a year.

Nigeria’s economy grew by 3.5% yoy in Q2 2022 but declined by 0.4% qoq. The annual growth was, surprisingly, faster than the 3.11% recorded in Q1 22 and beat consensus expectations of 2.7%. The growth was, again, driven by the non-oil sector (4.8% yoy, 94% of total GDP), while the oil sector recorded its ninth consecutive quarter of contraction (-11.8% yoy, 6% of total GDP). Despite the challenges around FX and inflation, the positive turnout in the transportation, ICT and financial services sectors and the slower contraction in the oil sector were beneficial.

Nigeria could be on track to meet the IMF’s 2022 growth projection of 3.4%. However, the challenges around the economy persist, as the FX crisis worsens and inflation rages on. 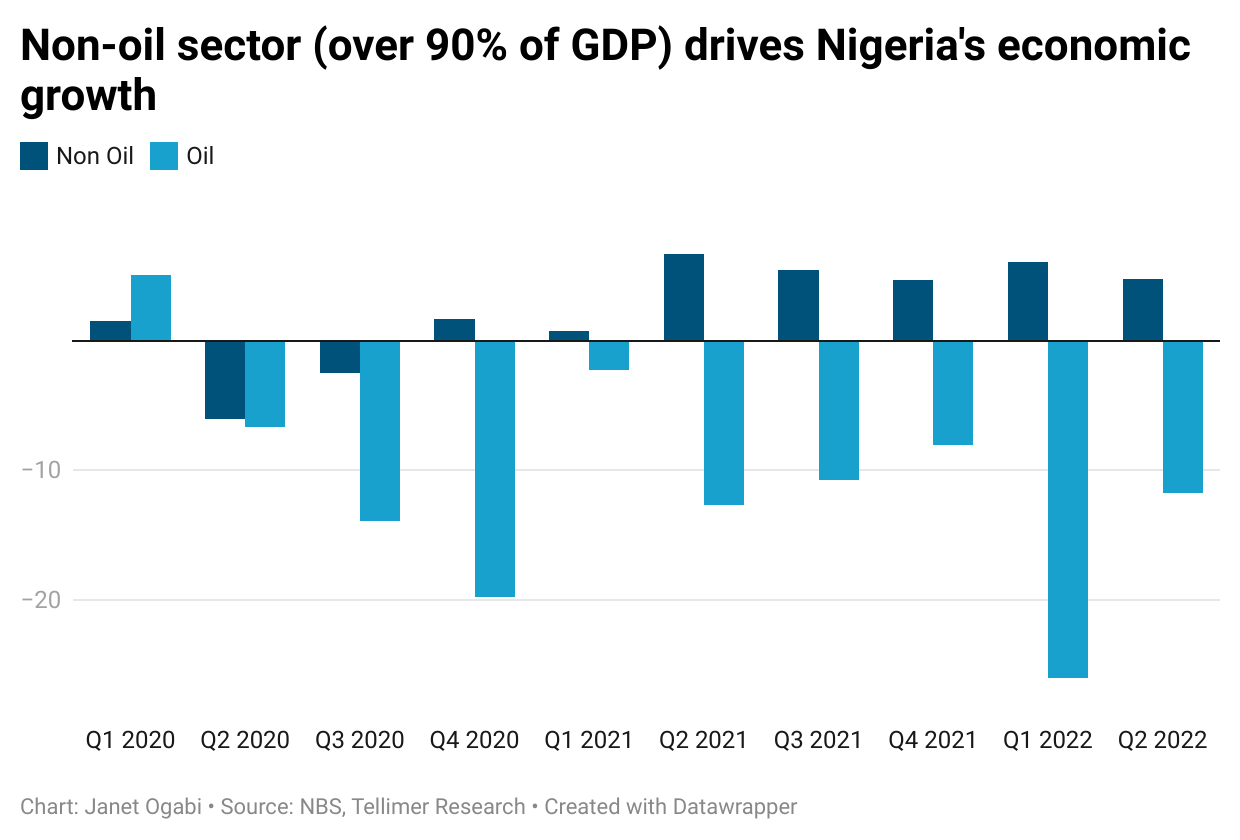 Data from the Central Bank of Nigeria (CBN) show that remittances from Nigerians working abroad have been steadily increasing since Q3 20, growing by 20.3% yoy in Q1 22. Moreover, the data are likely to be understated with many transactions now taking place through unofficial channels due to the CBN's restrictive FX policies.

We recently highlighted the increasing level of emigration among Nigerian professionals (the so-called 'Japa wave') and how emigrants have become important economic agents. Although the increase in remittances is welcome news, we remain sceptical about the country's dependence on income from the diaspora and it is hard to tell whether this is enough to compensate for the three-fold negative impact of the brain drain: 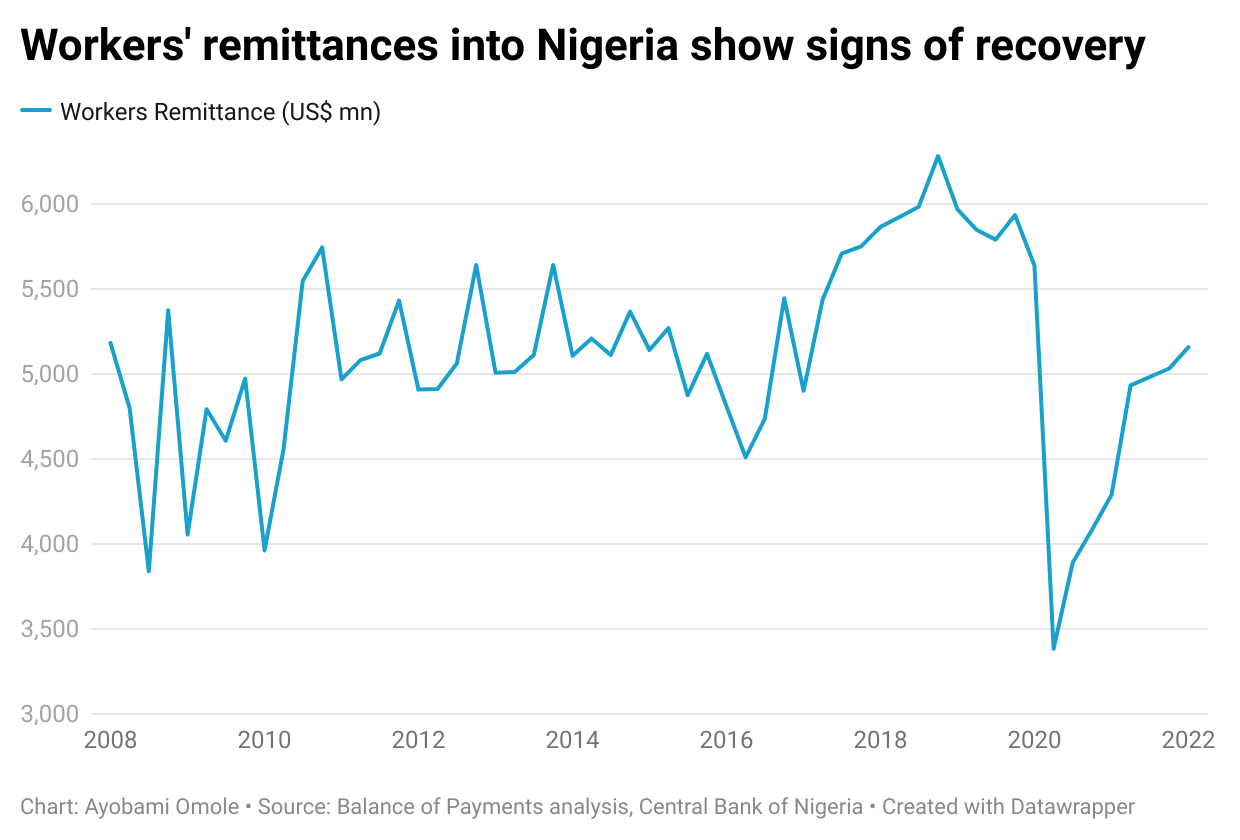 Cocoa prices declined by 0.2% week-on-week as Cote d’Ivoire reported higher-than-expected production of 2.41MMT (the same level as last year). The market had expected slightly lower supply of cocoa due to poor weather conditions, high freight charges on fertilisers, trade disruptions and crop disease. Ghana, the world’s second-largest cocoa producer, reported on July 27 that its 2021/22 cocoa crop fell by -35% yoy to 685,000MT, a 12-year low, due to drought and swollen shoot disease.

Still, the market remains cautious due to expectations of poor supply in the coming year, with a shortage of fertiliser potentially denting next year's yields in Cote d’Ivoire and Ghana. Recession could also affect demand for chocolate.

The Academic Staff Union of Universities (ASUU) has again extended the strike that we wrote about some weeks ago. The union cites the government’s three-pronged failure to 1) release revitalisation funds for universities, 2) release the white paper report of the visitation panel to universities and 3) deploy the University Transparency Accountability System to pay the salaries and allowances of lecturers.

It is another symptom of Nigeria's weak fiscal situation – there is limited financing for the federal government to truly cater to the educational sector. Discussions about privatising federal and state schools have intensified. 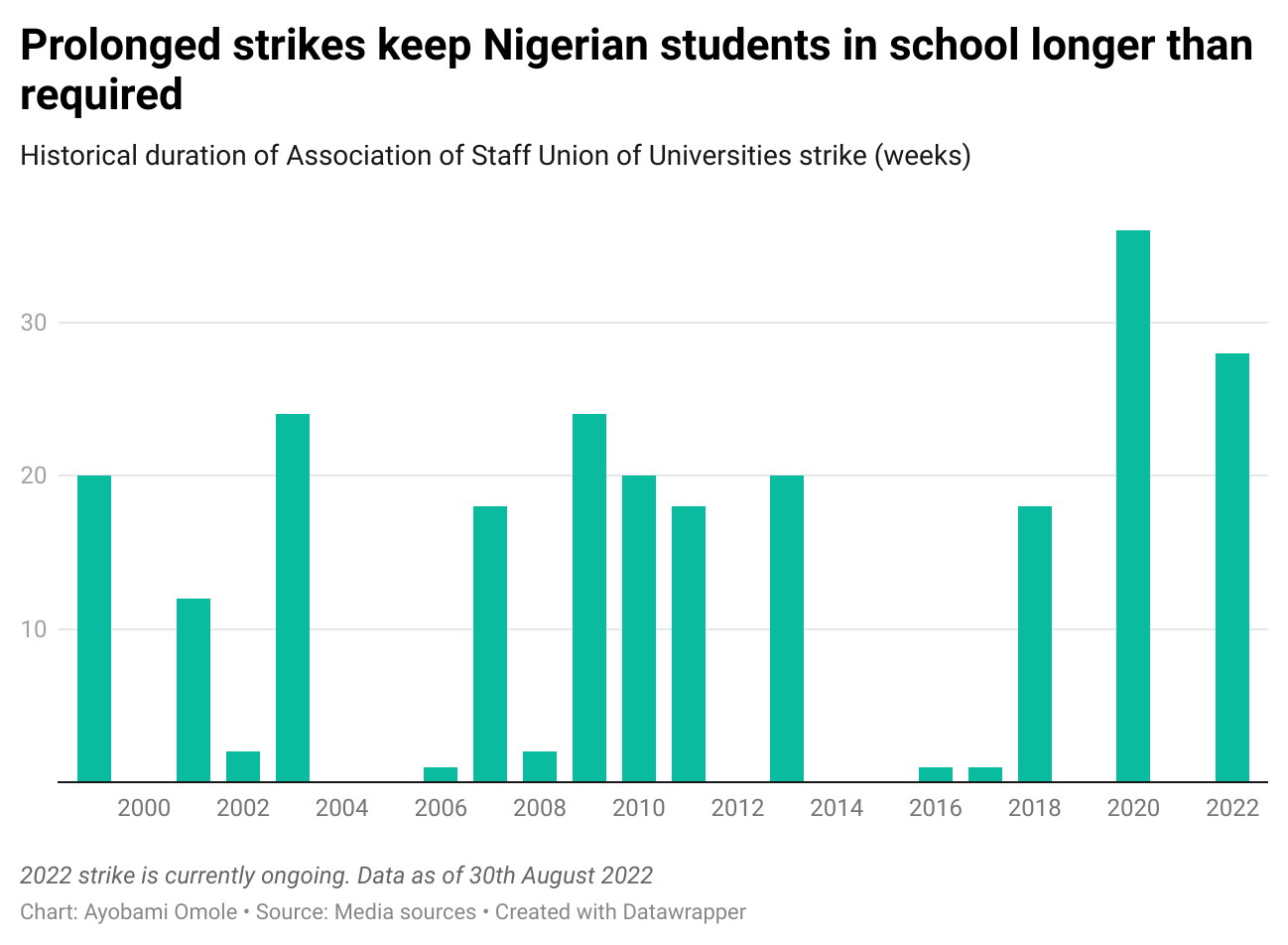 The strike is also one of the factors that has been driving increased emigration – as we have highlighted, more Nigerians are now seeking higher education in the UK. Moreover, it has strengthened the case for private universities, which are more expensive and currently account for only 5% of Nigeria's undergraduates.

The forum aims to advance the 'green gateway' between Africa and Europe, and to discuss how to converge bicontinental energy ambitions through COP27 and beyond. It also strengthens the bond forged at the African Union-EU Summit in February 2022, where African and European leaders committed to accelerating Africa's green transition.

Senegal is set to release its inflation numbers for August, after a +200bps mom spike in inflation in July to 11%, sparked by increases in food, utility, clothing and transport prices.

Nigeria equities market has posted a gain of 2.0% in the past week, taking the year-to-date gain to 17%.

As interest rates pick up, local Nigerian investors are likely to exit the equities market, which explains its losing streak. Looking ahead, we expect interest in the Nigerian market to remain tepid, especially as we draw the curtains on earnings releases. 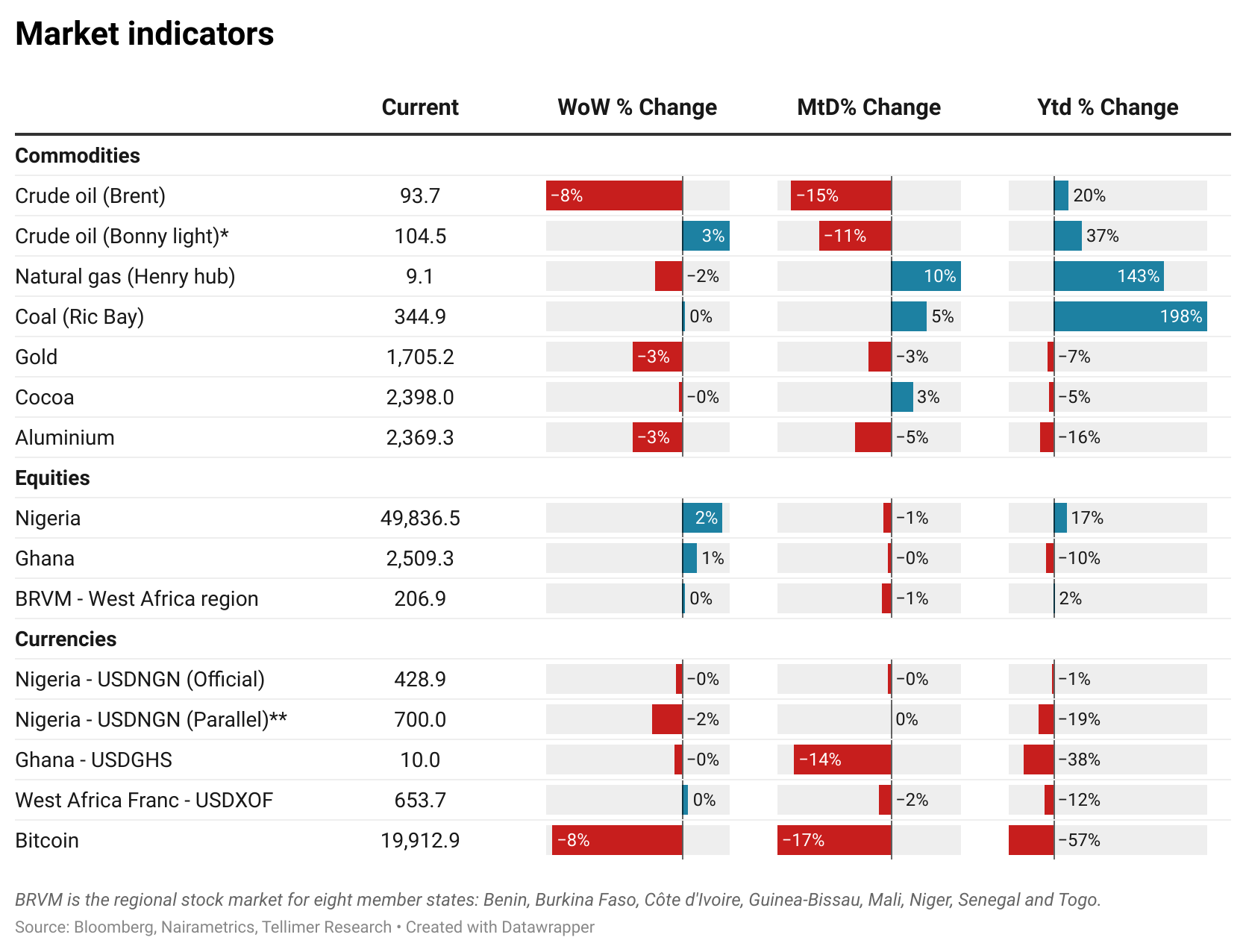 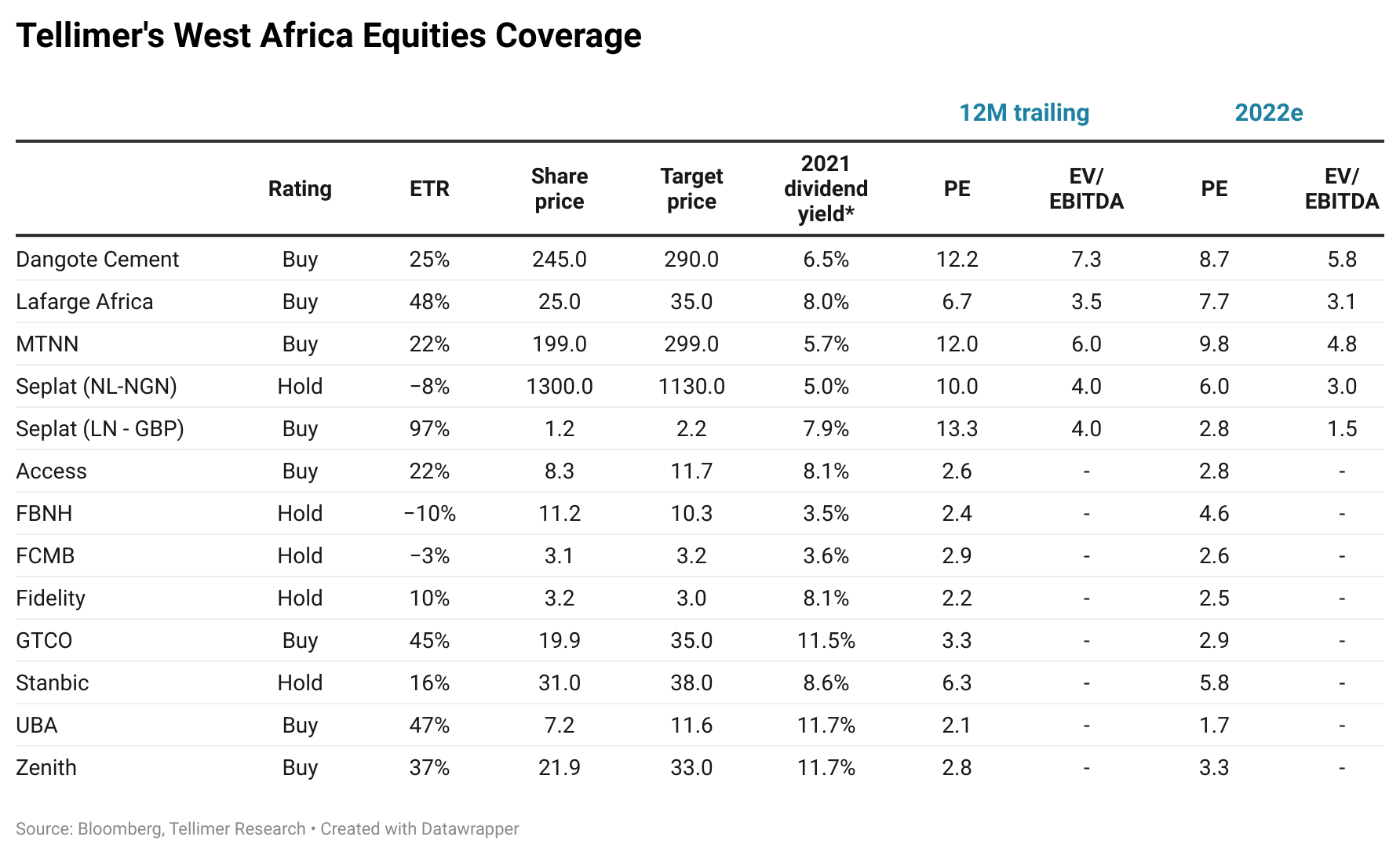 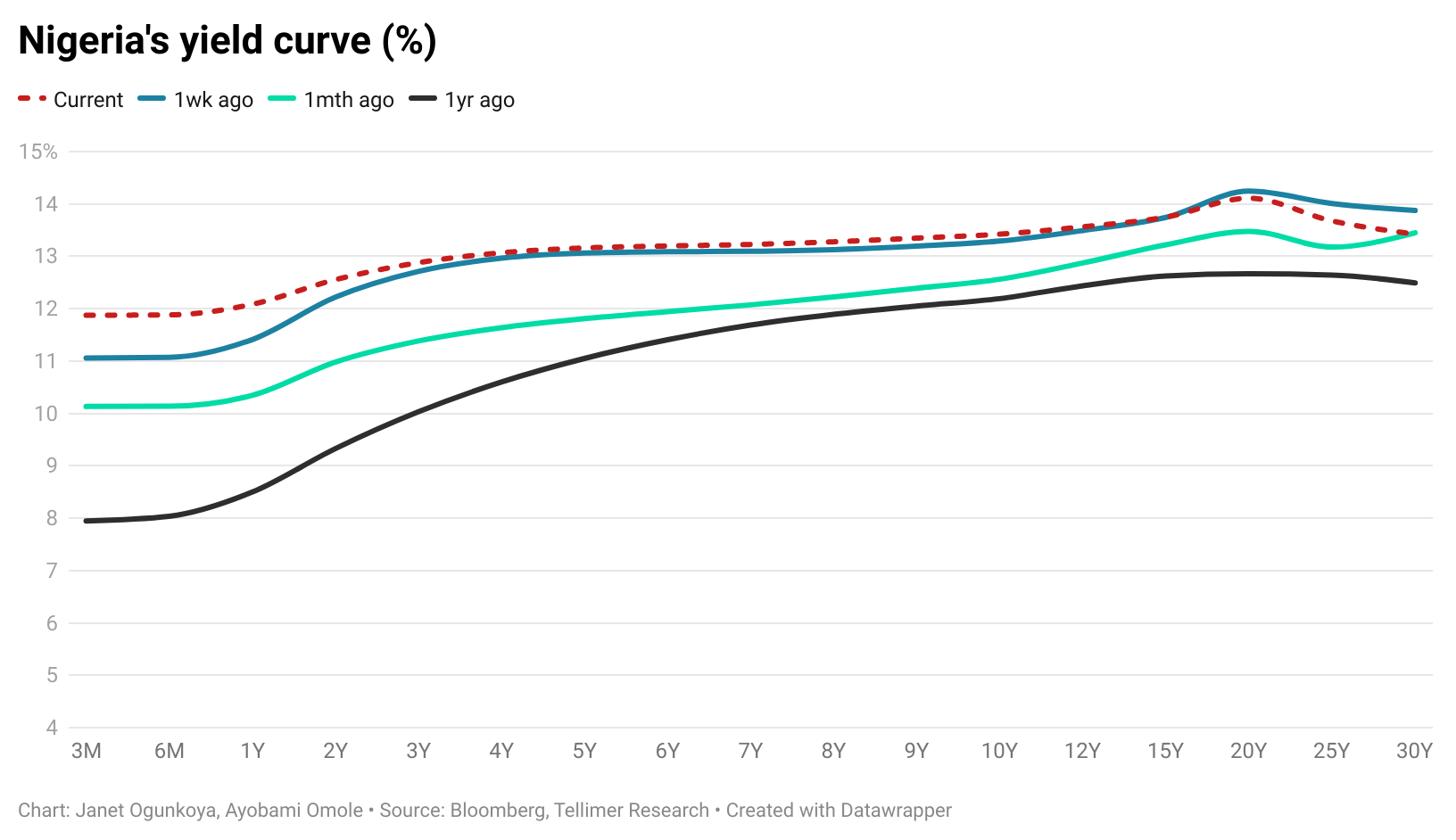 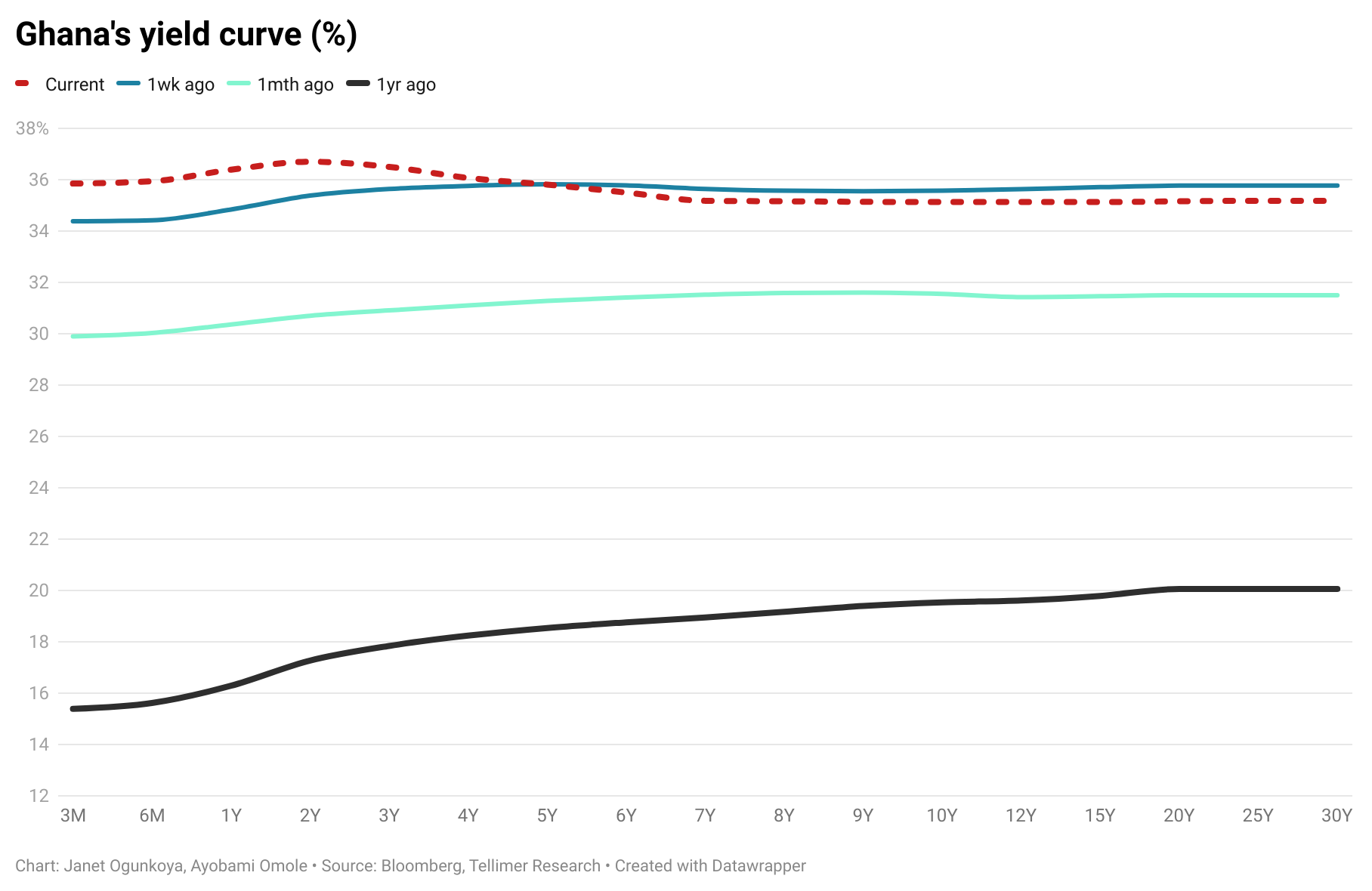