Protests in Nigeria, under the #EndSARS banner, have been ongoing for over two weeks with sporadic violence. Protestor demands have expanded beyond the criticism of police brutality to include corruption and poor governance. The government has pledged to disband Sars (Special Anti Robbery Squad), investigate and prosecute transgressors, and Vice-President Osinbajo has publicly apologised for not acting sooner. President Buhari has the tools (loyalty of the Army) to crack down should he wish.

The widening scope of protestor complaints occurs in the context of:

The disruptive potential from protests is material and the root causes of social discontent (low growth, high inflation, high unemployment, corruption in the political elite) likely persist regardless of whether the protests are organic (ad hoc mobilisation via social media) or manipulated (ie funded and organised by political rivals within the ruling All Progressives Congress, APC, or the opposition PDP, whether at a local or national level). 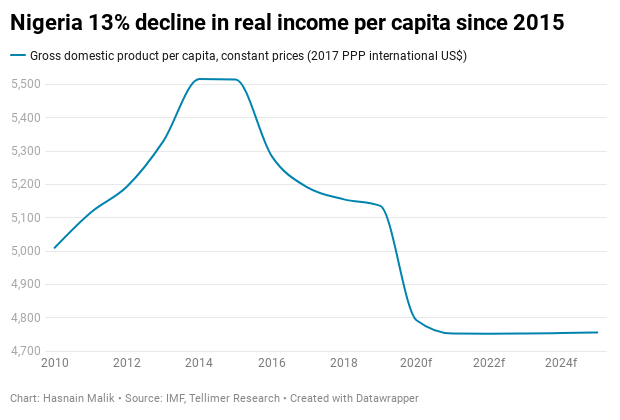 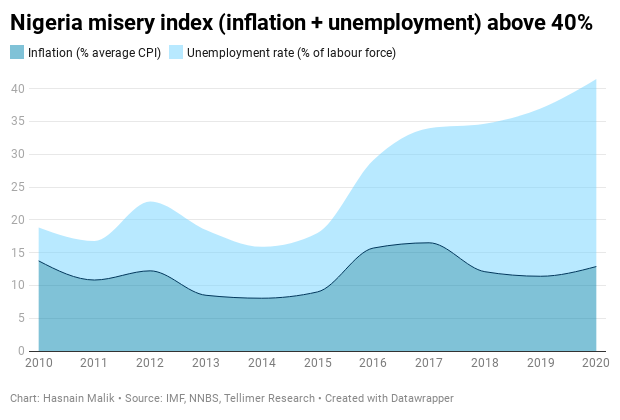 Protests rank behind other risks

However, for foreign investors in Nigeria, the specific risk from protests ranks than those that pre-date them: