The Central Bank of Nigeria (CBN) hiked its policy rate by 150bps to 15.5% this week beating consensus expectation of a 50bps hike. The CBN struck a surprisingly orthodox tone focused on curbing inflation and narrowing the 5% negative real policy rate. Presidential campaigns for the 2023 elections also kicked off this week with latest polls conducted for Bloomberg showing the underdog Peter Obi taking a massive lead of 72%. Should Obi eventually win, he will be constricted by his party’s lack of representation in the parliament.

In Ghana, the central bank postponed its meeting to October 7 (preciously scheduled for September 26) when the IMF is expected to conclude its visit. The IMF team arrived in Ghana earlier this week for consultations regarding the US$3bn financing that the country is seeking, amid increasing rumours of a possible debt restructuring.

And sell-offs in markets and commodities continue as the dollar strengthens – see our indicator chart below.

The campaign for Nigeria's 2023 presidential election kicked off this week with a poll – conducted by Premise Data Corp (based in San Francisco) for Bloomberg – showing Peter Obi in the lead at 72%. The ruling party APC's candidate, Bola Ahmed Tinubu, is a distant second at 16% and the main opposition party PDP's Atiku Abubakar in third at 9%.

Another poll, conducted by Nigeria's NOI Poll (who accurately predicted Buhari's win in 2015) earlier in September also shows Obi leading at 21%, while Tinubu and Atiku are both tied at 13% each. More interestingly, a staggering 47% of the 1,000 respondents were either undecided (32%) or unwilling to disclose (15%). These show Obi has a significant chance of winning the election next year.

However, the lack of representation of his party, the LP, in parliament could prove to be a challenge should he win the election – he also faces the possibility of defections from among his legislators.

The CBN hiked its policy rate by 150bps to 15.5%, surpassing the median 14.5% projection among the 12 analysts surveyed by Bloomberg. This marks the third consecutive meeting that the CBN has hiked rates above consensus expectations. The decision to hike was unanimous. CBN Governor Emiefele struck a surprisingly hawkish and orthodox tone. With inflation rising from 19.6% to 20.5% yoy in August, Emefiele said that holding the policy rate was not an option, citing "the primacy of its price and monetary stability mandate." He said that holding rates would further widen Nigeria’s negative real interest rate gap given rising domestic inflation and aggressive policy tightening in developed markets, putting pressure on the exchange rate and capital flows and retarding growth over the longer term by eroding purchasing power.

The country’s inflation of 20.5% in August implies real policy rate is -5% after the hike, which compares with a -2.6% median across our sample of 66 emerging markets. And the Governor seems determined to deliver positive real returns. That said, the monetary transmission mechanism remains weak, and no comments were made on improving the country's FX issues. 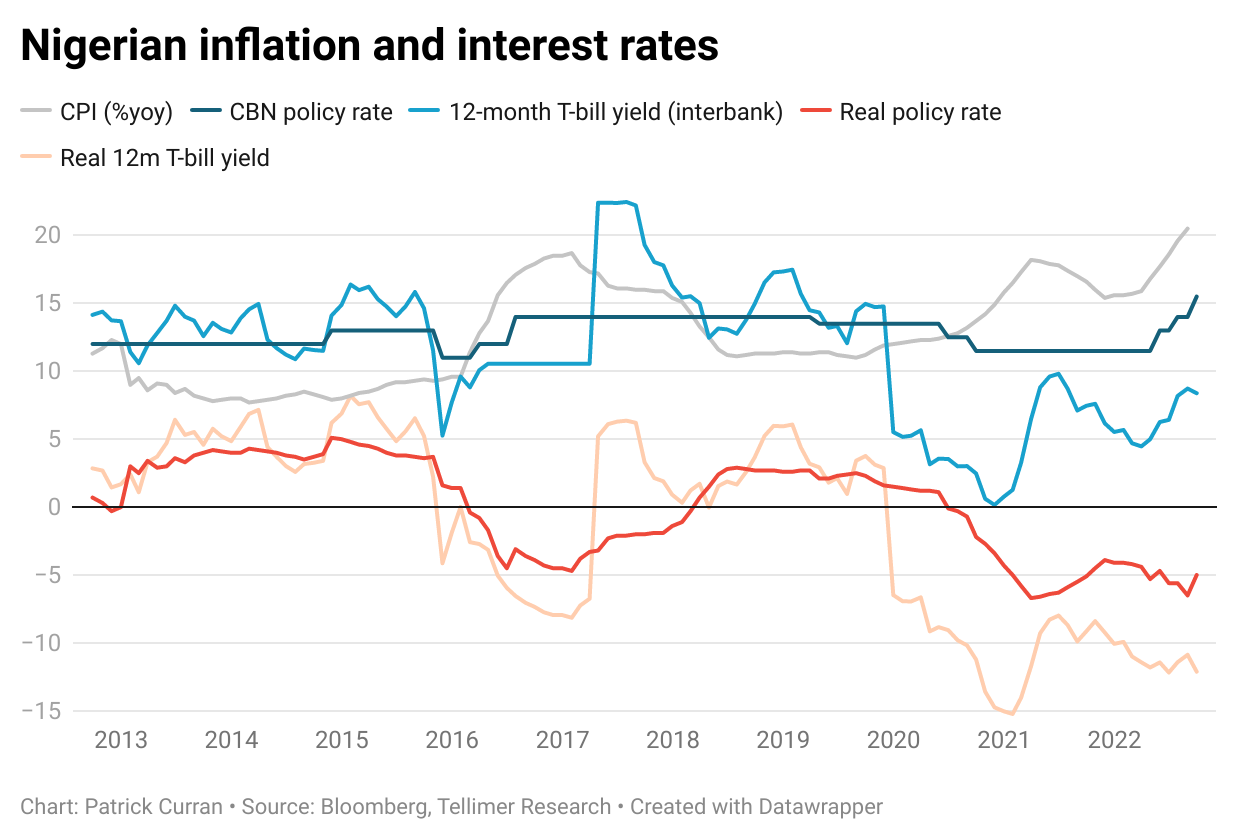 The IMF team arrived in Ghana earlier this week to begin discussions on the US$3bn financing facility that the country is seeking to help navigate its economic challenges. The West African country had resorted to meeting with the IMF after it had been shut out of the capital markets earlier this year, despite fiscal restructuring efforts.

There are talks of a possible restructuring of the country's loans, which make up around 80% of GDP. This is part of the key focus of the IMF’s visit, which will be concluded with its Debt Sustainability Analysis (DSA) report. The 11-day visit is expected to end on October 7. It is worth noting that even after the IMF meetings, the government will have to seek approval from the parliament for any decision made – both ruling and opposition parties hold equal seats in the parliament currently, which could prove to be another hurdle.

To coincide with the end of the IMF visit, the Bank of Ghana has decided to postpone its interest rate meeting to October 7 (preciously scheduled for September 26). This comes after the emergency rate hike of 300bps to 22% in August.

The Economic Community of West African States (ECOWAS) leaders met at an extraordinary summit held on the sidelines of the United Nations General Assembly in New York and voted to increase sanctions on Guinea’s junta leader. This comes as the leader is yet to propose an acceptable transition plan to the bloc, after its proposal for a three-year transition was rejected by the bloc.

The financial assets of the junta members were frozen, and they are restricted from travelling to other countries in the region. This is similar to sanctions that were announced after the coup in September 2021 ousted longtime president Alpha Conde. Mali's junta leader has said that he will not be enforcing the bloc's sanctions on Guinea – note that sanctions on Mali and Burkina Faso were lifted after their two-year transition plan to civilian rule was accepted back in July. 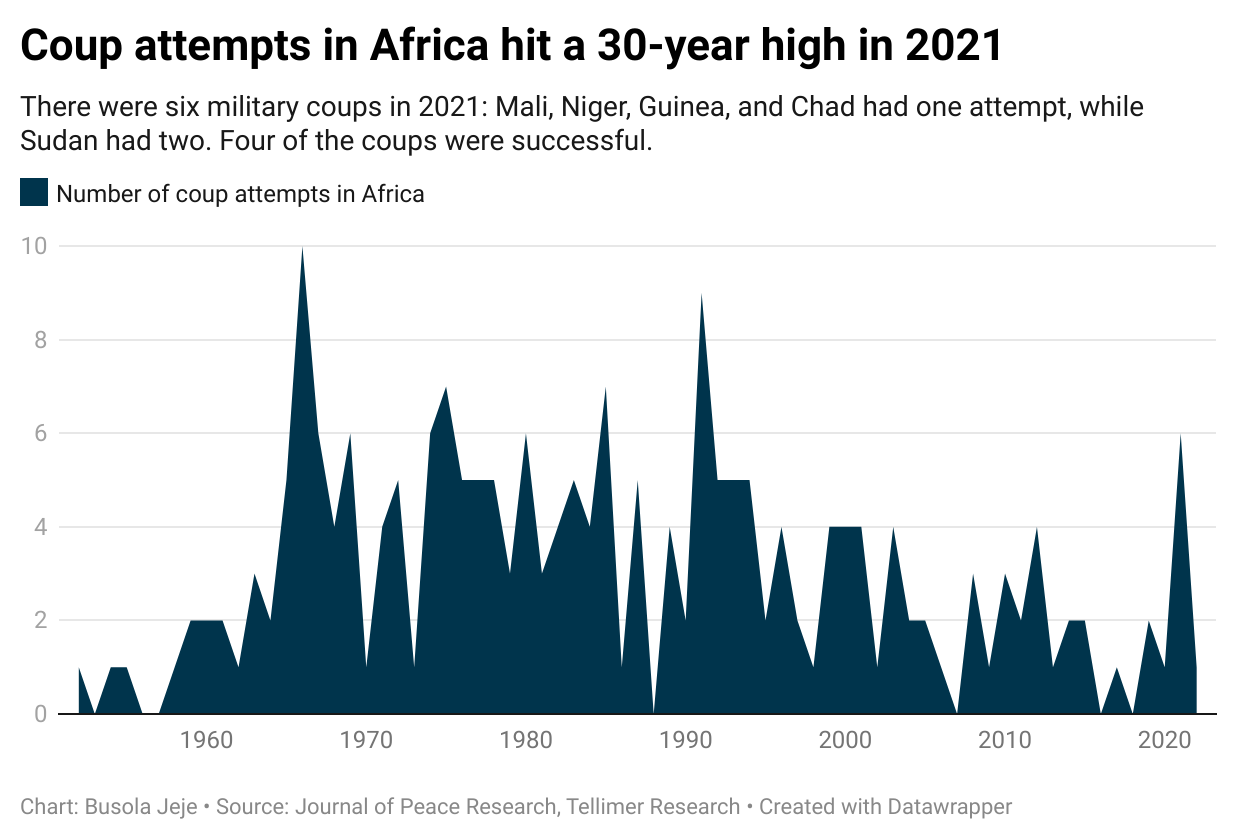 Tellimer will be hosting a series of in-person bilateral meetings – with an online option available – with IMF teams and governments from emerging and frontier markets. See our full list of countries here.

Nigeria's equities market extended losses by 0.5% over the past week, taking the year-to-date gain to 15%. Market breadth was negative with 45 losers and only 16 gainers. Sell-offs persisted in GTCO (down to NGN18 vs Zenith NGN19.9) and in BUACEMENT, DSTANBIC and GUINNESS.

As interest rates pick up, local Nigerian investors are likely to exit the equities market, which explains its losing streak. Looking ahead, we expect interest in the Nigerian market to remain tepid. 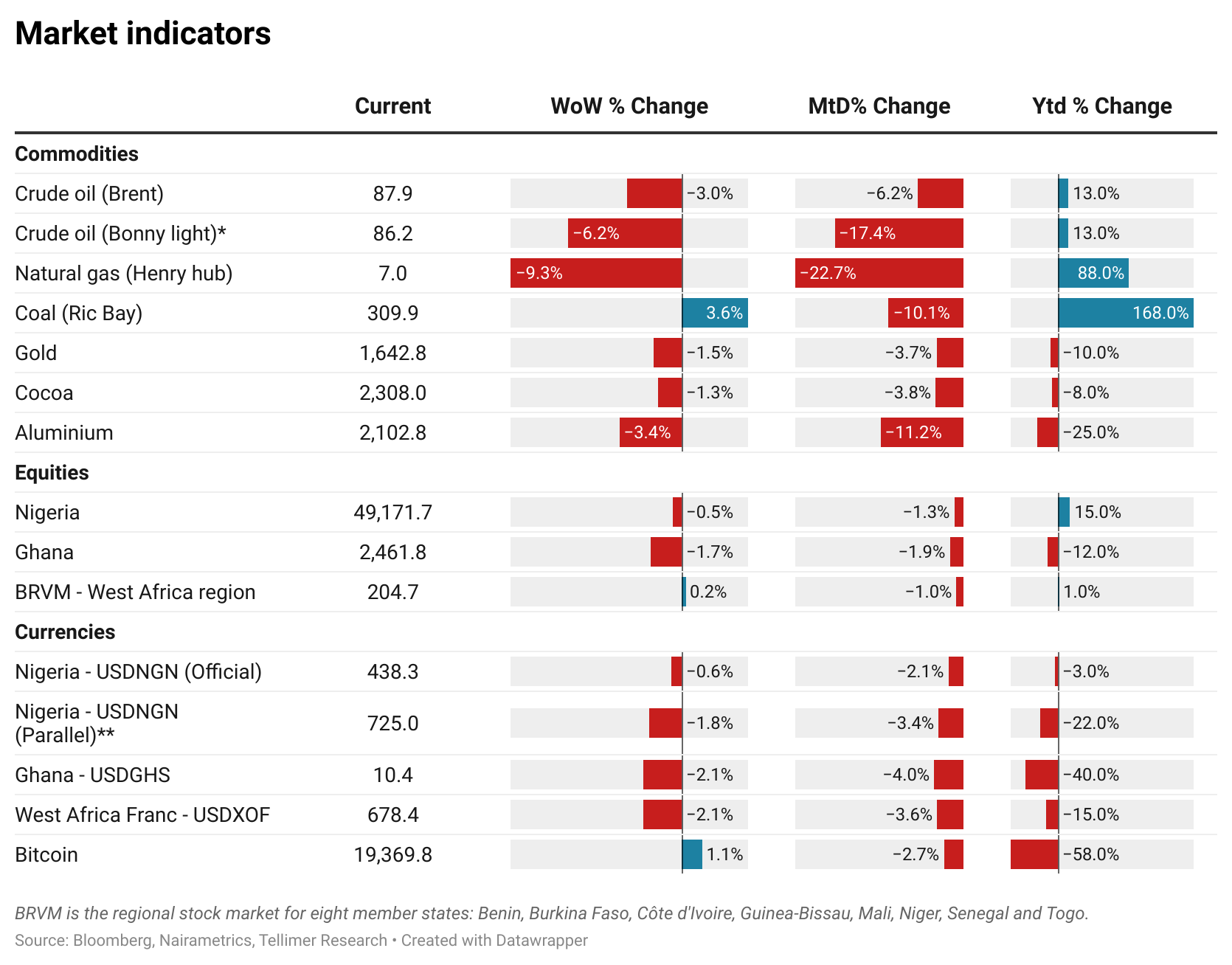 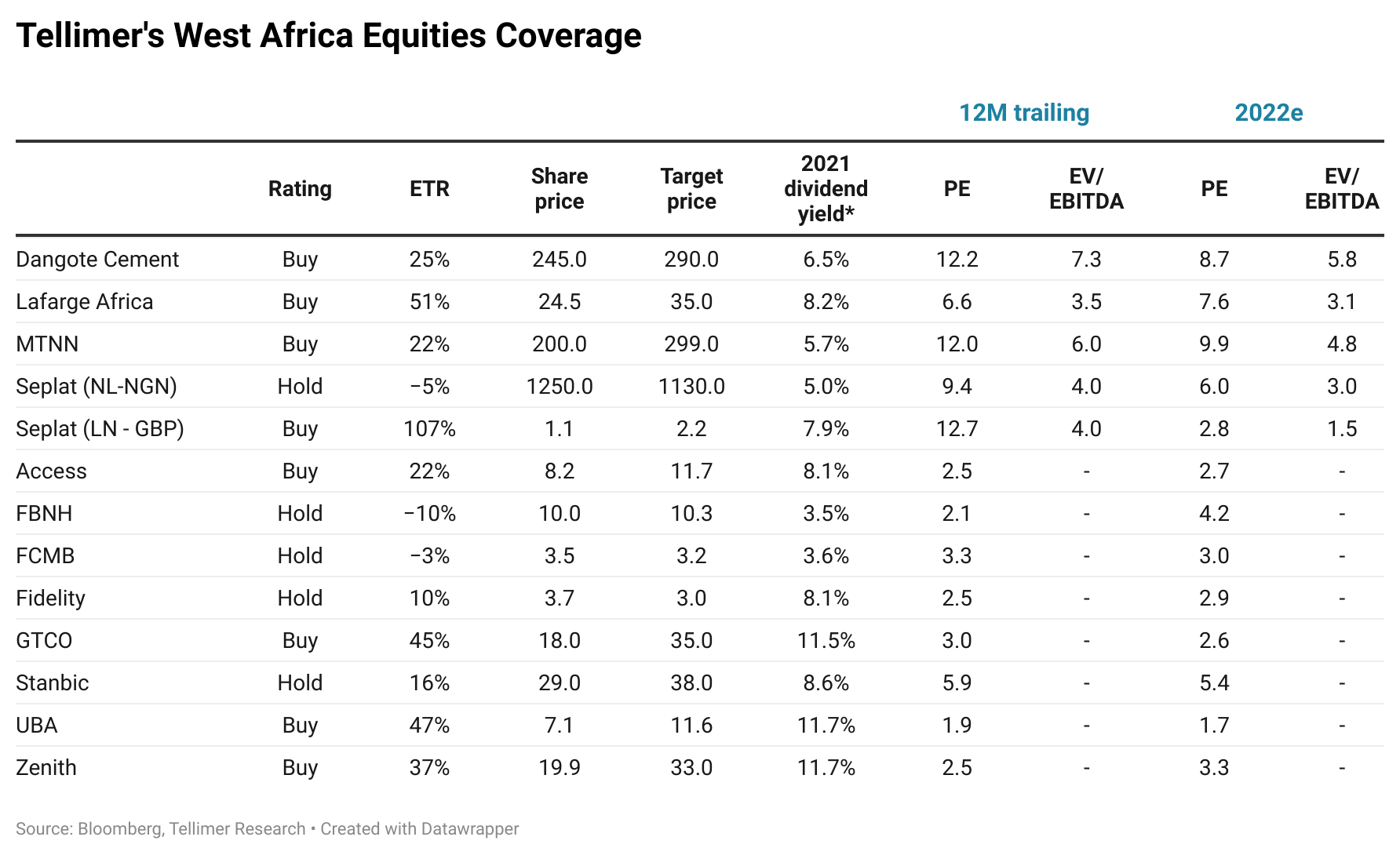 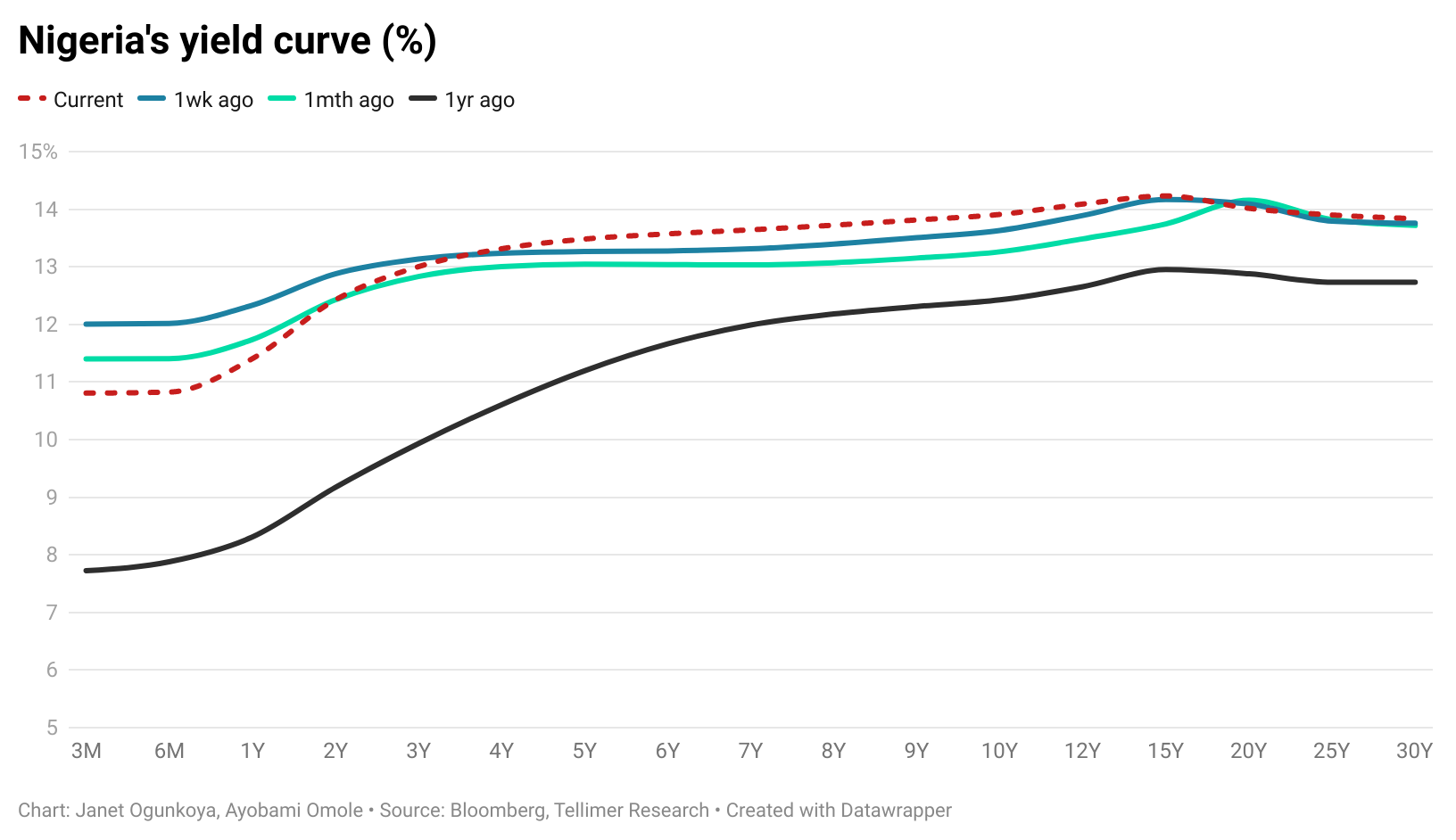 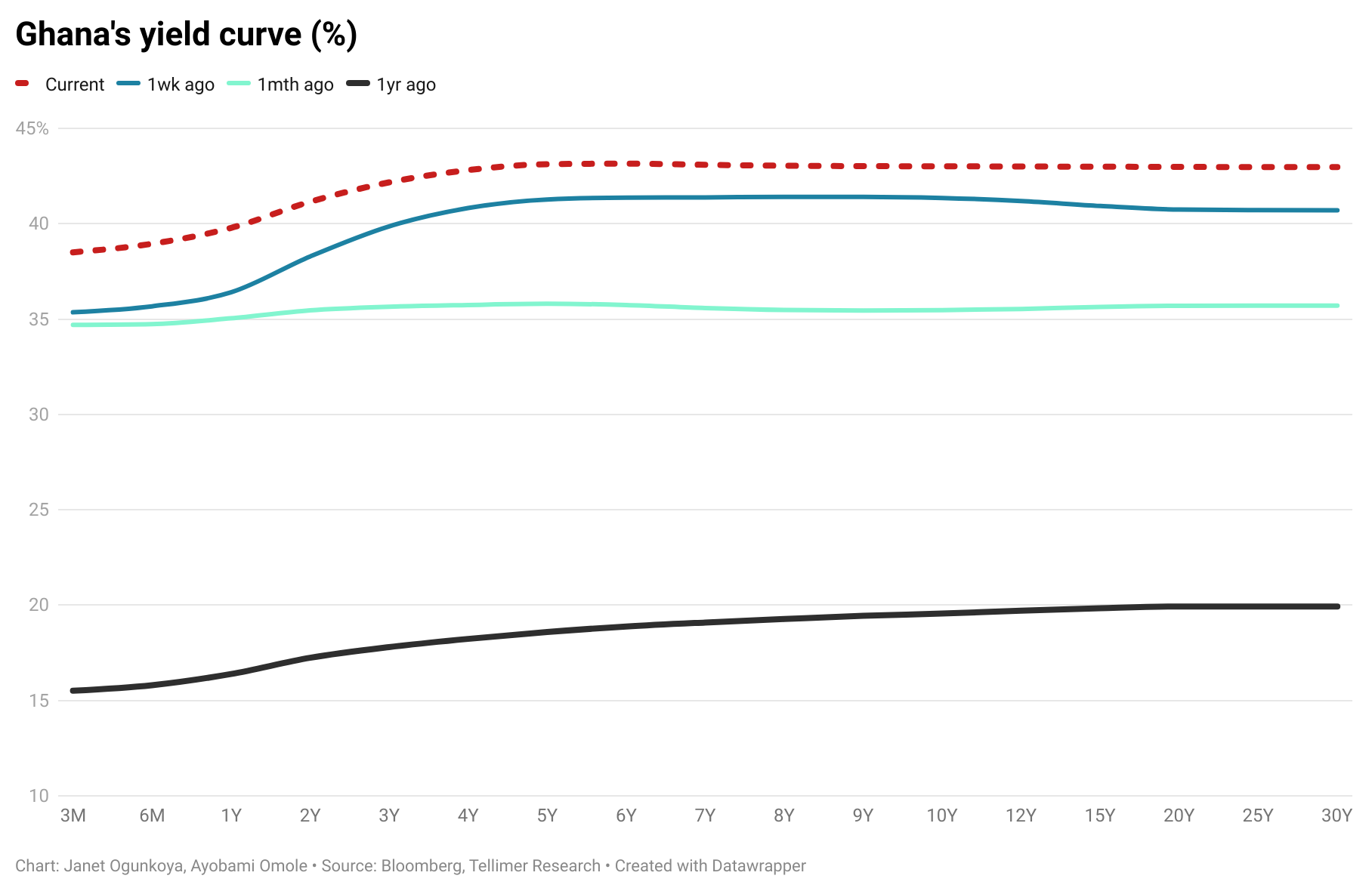