21 May 2021
Published by Tellimer Research

Boko Haram leader Abubakar Shekau may be dead, according to unconfirmed media reports. The conflict with Boko Haram has led to c80,000 deaths over the past decade, of which 22% have been civilians. Some might breathe a sigh of relief that a notorious terrorist is no longer on the scene in Nigeria, but investors should be more wary (independent of other risks, such as FX convertibility or inflation). 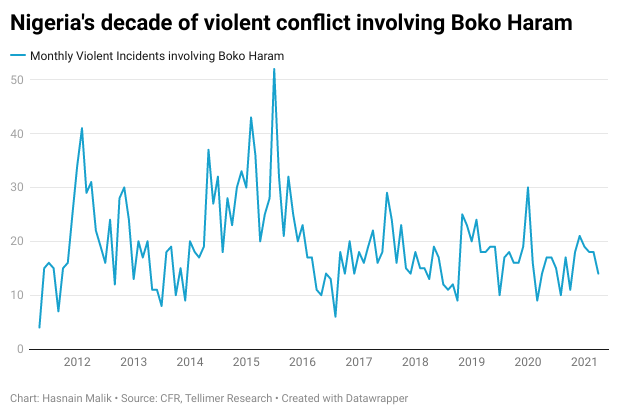 There are three reasons why Shekau's death, if confirmed, should be greeted cautiously. 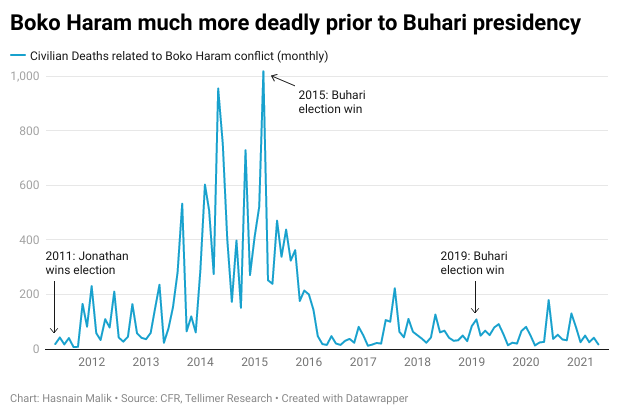