Further to their preliminary announcement on 25 June, Saudi Arabia’s National Commercial Bank and Samba Financial Group have entered into a legally binding merger agreement. The transaction is subject to shareholder and regulator approval, and is expected to be completed in H1 21.

As part of the agreement, each Samba share will be exchanged for 0.739 NCB shares.

Despite a commitment to zero job losses, annual cost synergies are estimated by both companies to reach SAR800mn after three years, with one-off integration costs expected to be SAR1,100mn.

A regional powerhouse, the third-largest bank in MEA region

The merger will create a business with US$233bn assets, ranking third in the Middle East and Africa, behind Qatar National Bank and First Abu Dhabi Bank. 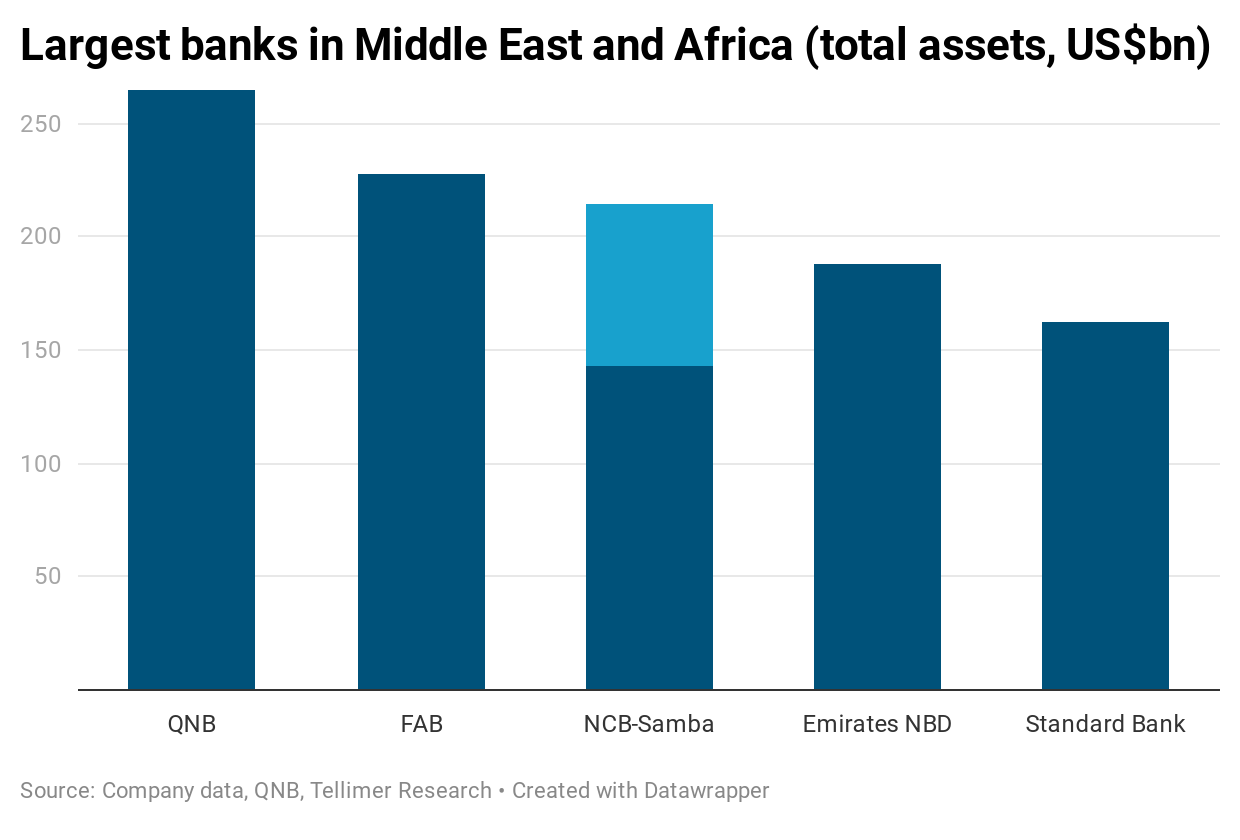 NCB-Samba will dwarf its local peers, being twice the size of its closest domestic rival, by assets. 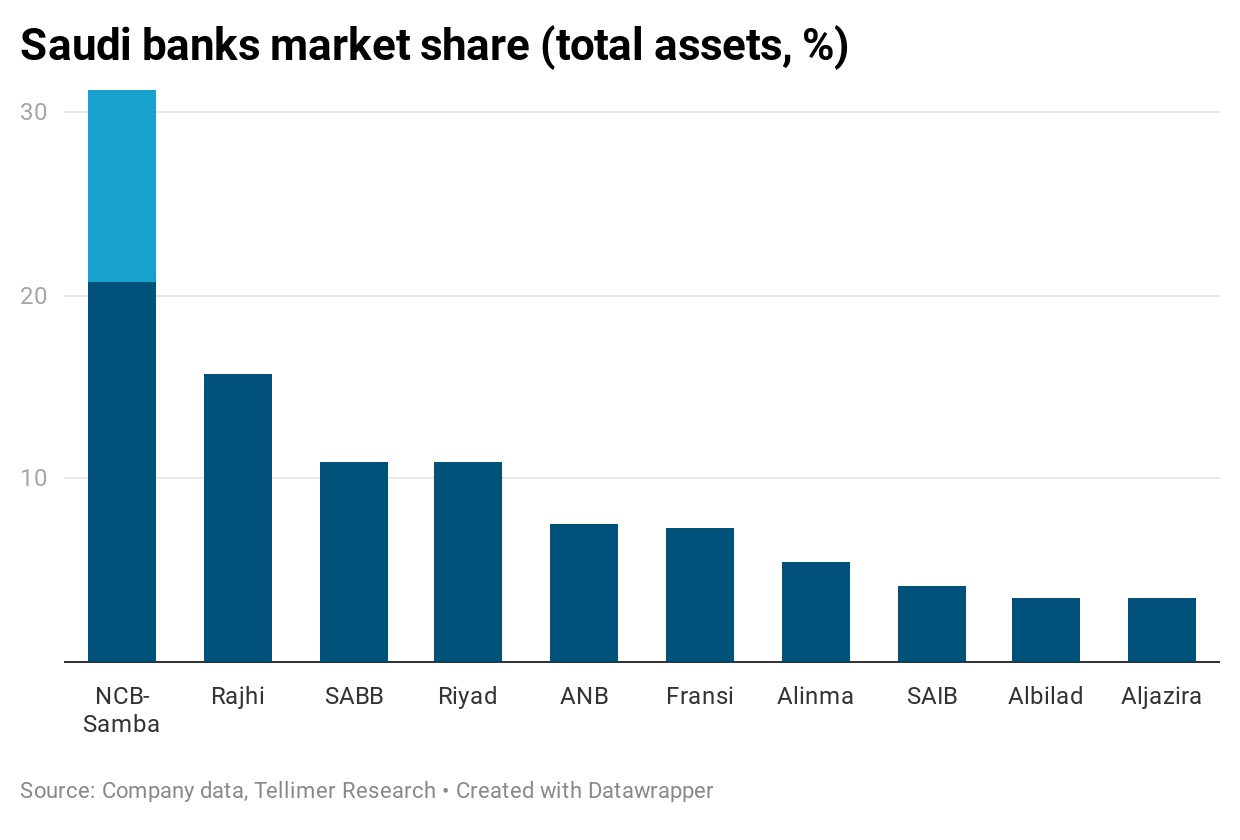 The merged bank will have c30% of the Saudi banking market, with a clear leadership position across a wide range of products and services. 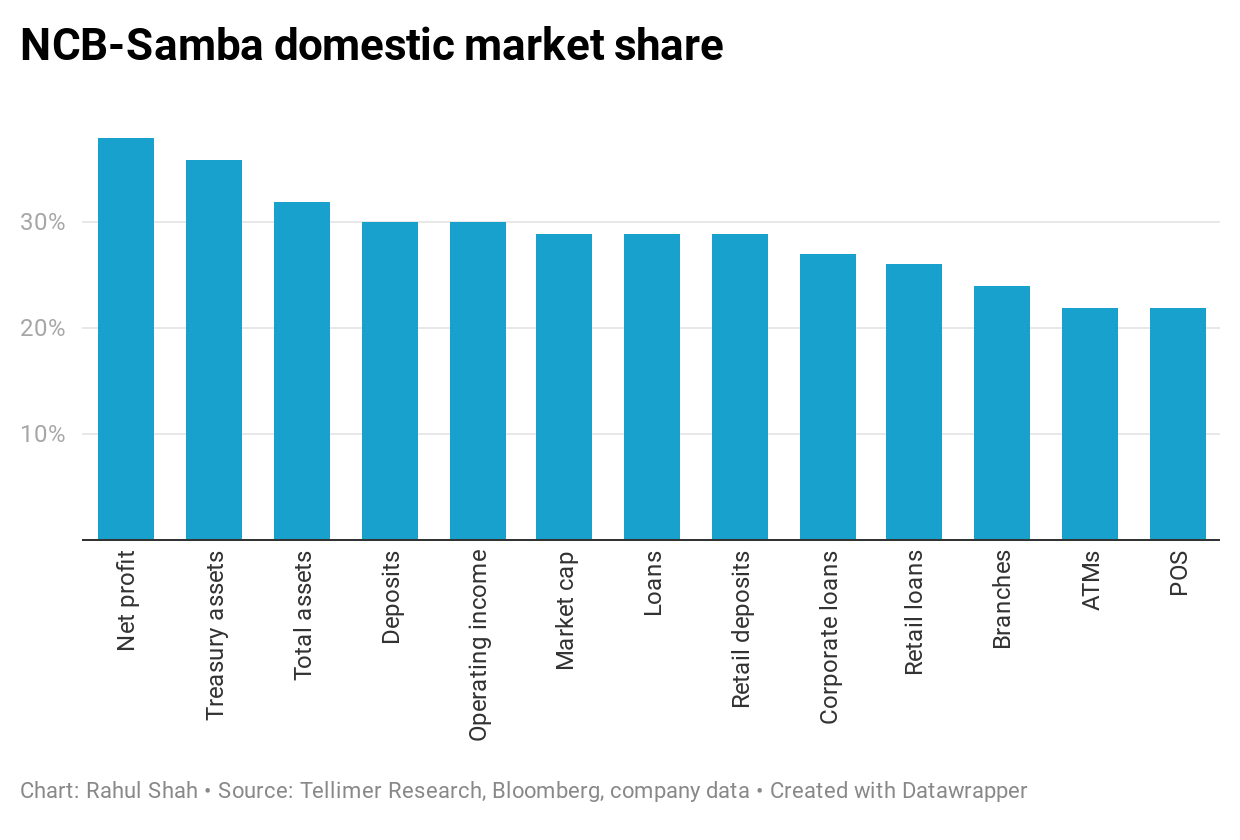 Based on the announced exchange ratio of 0.739 NCB shares for each Samba share (at the lower end of the previously announced 0.736-0.787 exchange ratio range) and targeted cost synergies of SAR800mn, the transaction could be 6% dilutive for NCB shareholders on an EPS basis (using 2019 reported results as the basis for the calculation). On a BPS basis, the transaction appears slightly (4%) accretive.

Turning our attention to the targeted cost synergies, these are equivalent to 9% of the combined cost base, towards the lower range of what might be expected based on comparable transactions. However, the announced commitment to avoid layoffs creates a barrier to the rapid realisation of the transaction’s cost benefits, particularly as the rate of natural workforce attrition may be limited given sluggish economic growth.

For the transaction to be EPS-neutral, we estimate that pre-tax cost synergies of cSAR1.9bn would need to be generated, equivalent to c20% of the combined cost base. 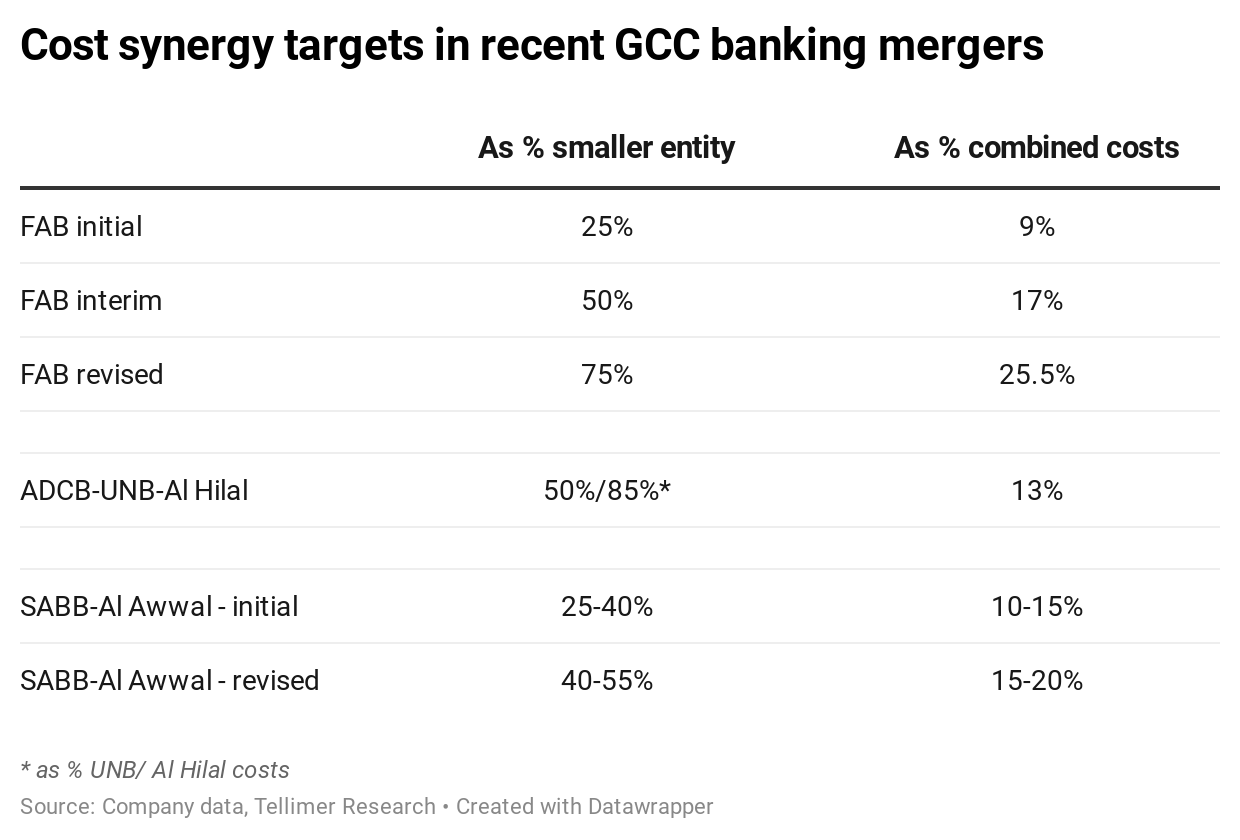 Note that this calculation is very sensitive to the assumption that the transaction will not generate revenue losses. We think this is an optimistic perspective, for two reasons: 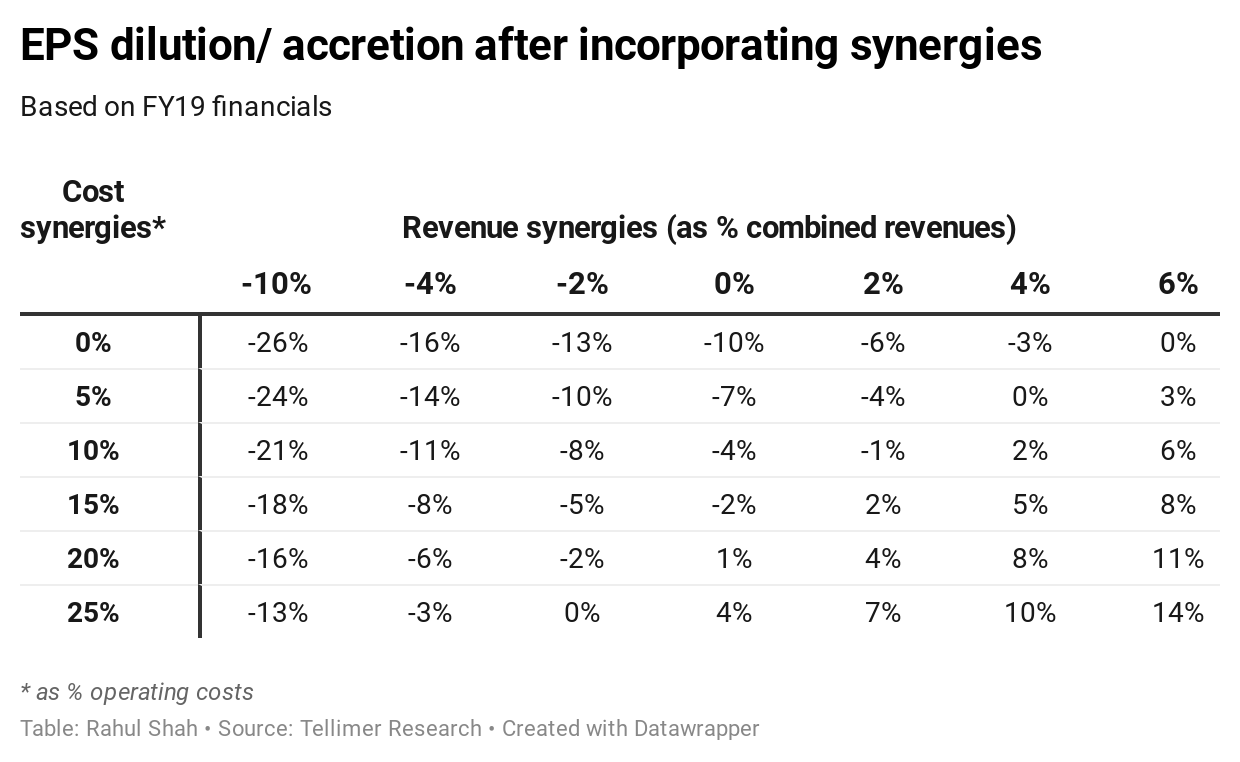 Note that we think the FY 19 results are a more appropriate base for synergy calculations than H1 20; it is a longer period, and is not influenced by Covid-19 or the merger negotiations.

NCB will remain firmly in charge of the combined entity

On completion of the transaction, NCB shareholders will control 67% of the combined entity. NCB will also nominate nine of 11 seats at the Board of Directors (although six of these represent shareholders common to both entities, namely the Public Investment Fund, the Public Pension Agency and the General Organisation for Social Insurance).  Samba’s Chairman, Ammar AlKhudairy, will become Chairman of the combined entity, while NCB’s Chairman, Saeed Al-Ghamdi, will become CEO of the merged business.

Transaction will put pressure on other regional players to follow suit

Looking at the 10 largest GCC banks by assets, the average trailing PE is 12.9x, PB is 1.6x and DY is 5.3%. On a proforma basis, a merged NCB-Samba is not too far from these numbers.