National Bank of Hungary review: Good things come to those who wait 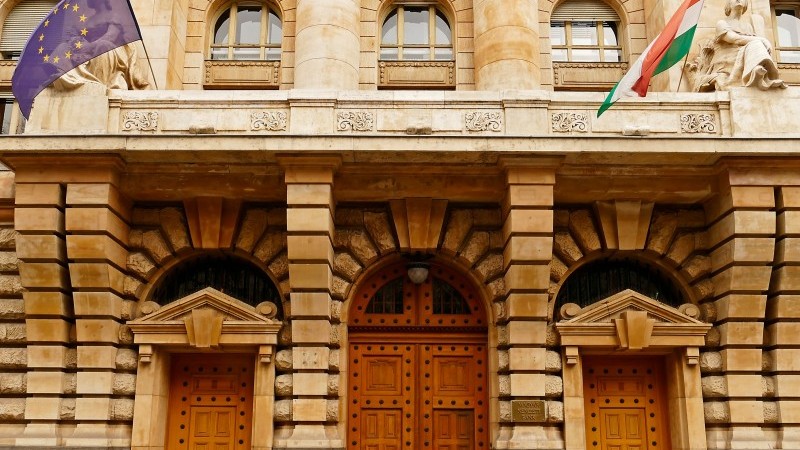 The central bank was able to announce a hawkish surprise

The National Bank of Hungary left the interest rate complex unchanged. The regular overnight deposit rate remained at 12.50%, the base rate at 13.00% and the overnight repo rate at 25.00%. Though at face value it looks like nothing has changed, the central bank made some important decisions, which show it means business when it comes to the fight against inflation and its willingness to be as hawkish as possible.

In our preview, we pointed out, that “we think there is a higher chance that the central bank will make yet another hawkish statement” and the central bank did just that. Markets were expecting some early hints regarding a turn in policy on the dovish side, so that’s why this renewed hawkishness caused such an impact.

What the NBH did was indeed a statement, but it was made with actions and not just words. First and foremost, the central bank decided to further increase the required reserve ratio from 5.0% to 10.0% effective from 1 April, where banks need to meet this criterion daily. This means another roughly HUF 2,000bn will be pushed from the one-day quick deposit (now at 18%) to reserves (now at 13%, determined by the base rate) as the second quarter starts. This is not just improving the effectiveness of the liquidity tightening mandate of the central bank, but also saves some money for the policymaker. In our view, this means a somewhat reduced probability that the NBH will be inclined to prematurely reduce the effective marginal interest rate which stands at 18% now.

When it comes to the temporary, targeted measures, the NBH did some housekeeping here as well, coming up with a slightly more hawkish setup in general. The long-term deposit facility will be continued with some tweaks, changing from a two-month to a one-month term tool. This will give more flexibility to market players, making it a bit more attractive. The announcement to make the short-term (1-week) central bank discount bill a regular tool effective from 1 February is also important. With this change, the facility serves as a complementary tool to absorb more liquidity, especially aimed at foreigners holding forint liquidity. In all, we believe that these moves will further curb forint liquidity and thus help the NBH to achieve the market and price stability objectives over the monetary policy horizon.

Regarding the tone of the press conference, the central bank was also trying to play it cool. The most important message echoed by the NBH is that patience is of the utmost importance in assessing the potential ending of the temporary and targeted tools introduced in mid-October last year. They emphasised numerous times that a material and permanent improvement is needed in general risk sentiment in order to end the temporary measures, and currently, we are just not yet there. However, the NBH welcomes recent progress in both external and internal risks.

In general, we believe that the central bank is data-dependent and is doing a thorough investigation of market developments before deciding on any pivot. Such an approach leans against the idea of managing a swift and sudden change in monetary conditions. In our view, timing wise this could mean continued hawkishness at least until the next rate-setting meeting where the NBH assesses the new economic forecasts, which will come in late March. If anything, we are now skewed a bit more towards the idea that NBH hawkishness will reach well into the second quarter.

The forint has performed admirably since the beginning of the year, culminating in the January NBH meeting. Going forward, we believe that the forint still has a lot to offer and will continue on its current path. The NBH confirmed the hawkish intent, and we expect to see further progress in the EU story. Moreover, FX-implied yields are by far the highest in the region and the central bank has announced further steps to keep liquidity tight in the market. In terms of positioning, Fitch's recent decision to downgrade the outlook to negative in our view has taken a bit of steam out of long positioning, which should facilitate further gains. In addition, we also see favourable conditions for the forint at the global level. While EUR/USD is climbing higher, gas prices still have room to fall in the first quarter in our view, and it is the forint that may benefit the most within CEE. The main risk at the moment we see is the S&P rating review this Friday, which will surely attract a lot of market attention after Fitch's decision. The agency has held a negative outlook since August last year, so the question is whether the progress in the EU story is sufficient. We expect the rating to remain unchanged, which could unlock further gains for the forint.

The NBH's decision has certainly calmed market speculation of an early rate cut for a while, and we may see some bounce at the short end in the coming days. However, this mood has not disappeared from the market, and it is only a matter of when, not if pressure on the short end will return. That said, January inflation will be released in two weeks, which we think should be a reminder to the market once again that hawkish policy is needed for an extended period of time. Thus, the short end of the curve could be pretty volatile for the foreseeable future, bouncing around in a certain range. The long end on the other hand has dropped significantly in recent weeks and is not that far from CEE peers. We also don't expect it to have that much room to go lower yet. We generally maintain our view for the IRS curve to move lower and steeper. However, NBH and CPI pivoting may be volatile in the coming weeks, which continues to be supported by low liquidity, where we have seen little improvement so far.