The Central Bank of Nigeria has granted the largest telco in the country, MTN Nigeria, final approval to operate a Payment Service Bank (PSB)*, five months after the approval-in-principle was granted to the company along with Airtel Nigeria. In this note, we examine MTNN's competitive advantage in the segment (see here for the impact of the new licence on the telco's valuation) as well as Africa's mobile money growth so far. We reiterate our view that mobile money is a game-changer for financial inclusion in Nigeria.

*Note: In Nigeria, a Payment Service Bank licence is slightly different from a Mobile Money licence (although they have similarities), but we have used mobile money as a blanket term for money transfer services offered through a mobile device. The telco-led version is the default assumption when talking about mobile money in Africa (mostly because of M-Pesa's success). We highlight the differences between the two licences in the appendix.

In 2021, global mobile money transaction value grew by 31% to US$1tn, and Africa made up over 70% of it, according to GSMA. East Africa did most of the heavy lifting followed by West Africa (although not a close second). This success of mobile money in East Africa can firmly be attributed to the telco-led mobile money system that started with Safaricom's M-Pesa in Kenya.

Meanwhile, in West Africa, the growing success of MTN's MoMo in Ghana and Orange's operations in francophone countries has been responsible for the growth so far. However, Nigeria is a much bigger market, and the commencement of telco-led mobile money services through MTNN could prove to be a significant booster for the region's volume and value of mobile money transactions.

As we have previously stated, there is deep value beyond Safaricom/M-Pesa in Africa's mobile money services. Although M-Pesa has been the poster child for mobile money in the continent, MTN Group has been building momentum with MoMo (currently operating in 16 countries), which is now a contender for the top position. With a licence to operate in Nigeria (where MTN currently has c68.5mn subscribers and a strong agent network), the telco has the opportunity to become a leader in Africa's mobile money services. 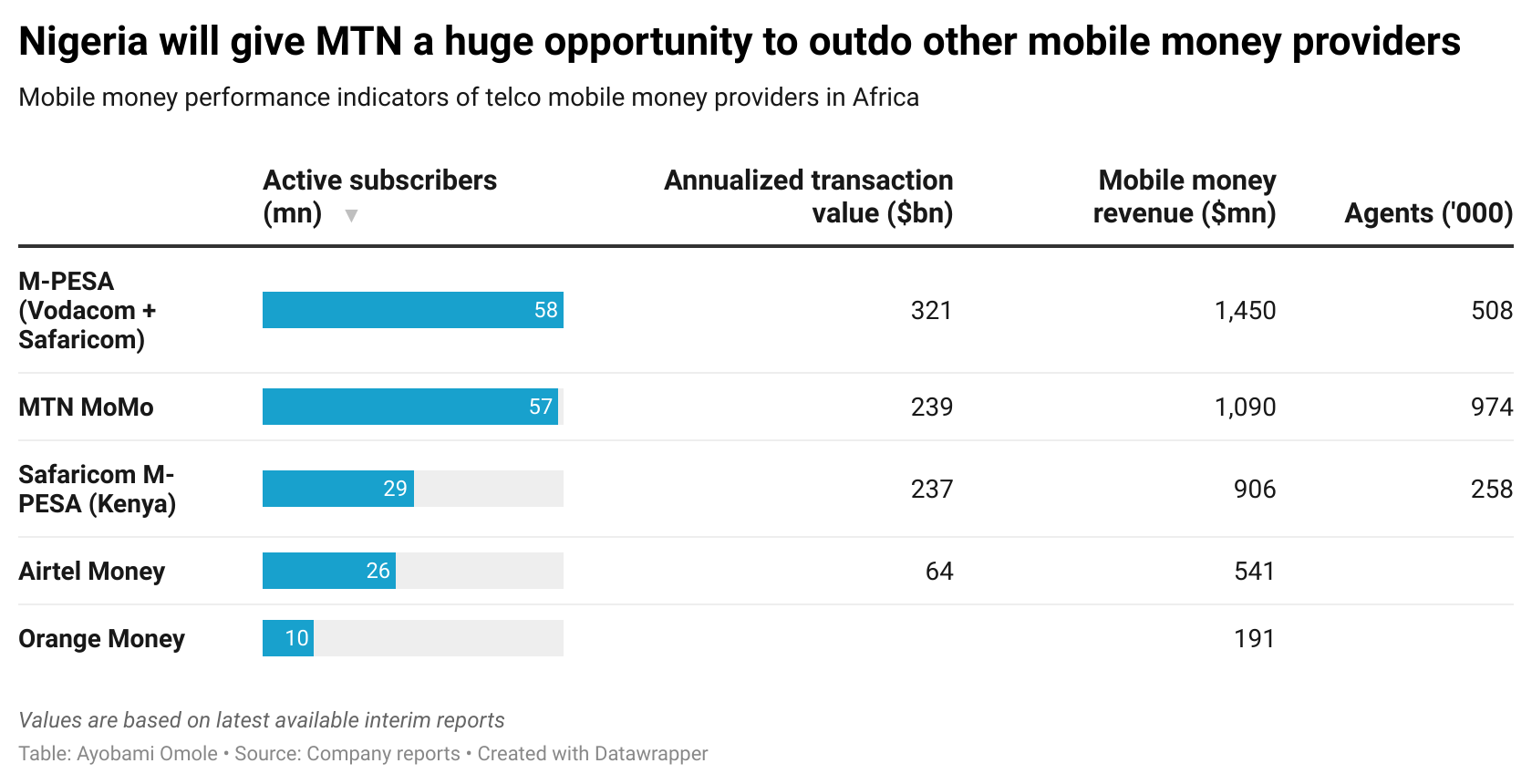 We make note here that current leader Safaricom has an untapped market in Ethiopia, where it will be allowed to start offering mobile money services this year. However, beyond the competition, we think this only further points to the potential of mobile money growth across Africa.

There is already a high level of competition in the Nigerian payments sector, with banks developing agency banking and fintechs servicing a wide range of clients. Therefore, it could be difficult for MTNN to instantly replicate M-Pesa's success in Kenya or its fellow MTN Group subsidiary in Ghana. However, telco-led mobile money services' network effect, a strong network of agents, and first-mover advantage give MTNN a solid competitive chance.

In our view, MTN MoMo's entrance into the Nigerian market is likely to spur increased partnerships between the telco provider and banks, especially given that the PSB licence restricts telcos from providing loans.

MTN Group has announced that the structural separation of its fintech business is in the works and should be completed by the second quarter of this year. Although it is unclear when exactly the separate listing of its mobile money arm will take place, we believe the restructuring will accelerate fair value realisation for MTN Group and generate significant investor interest, especially given the superior valuation multiple that the market places on payment services.

The mobile money arm will give MTNN a sizable upside potential (although it is still not clear when operations will commence). Hence, we reiterate our Buy recommendation on MTNN (TP: NGN240, 15% upside) based on the additional upside potential from its mobile money operations (an estimated value of NGN56.8 per share), high growth in data traffic and internet adoption, and the minimal impact of the recent SIM ban on its profits. 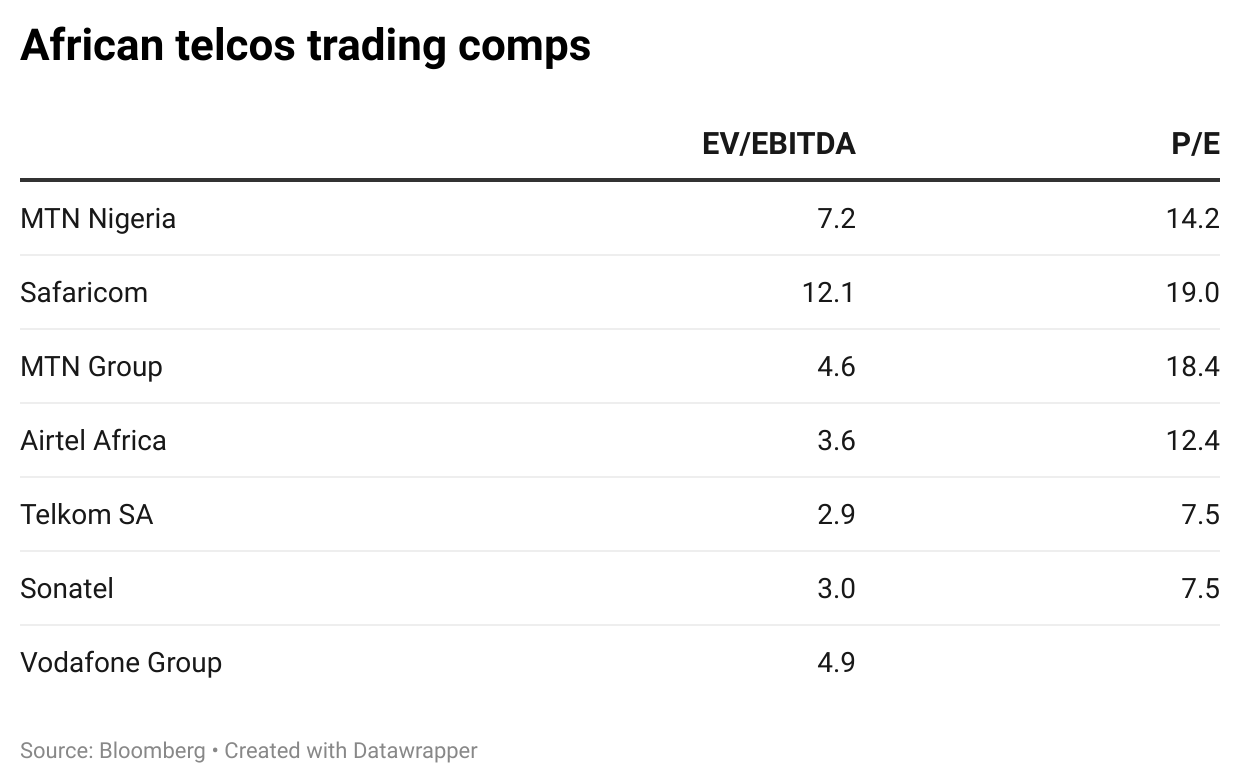 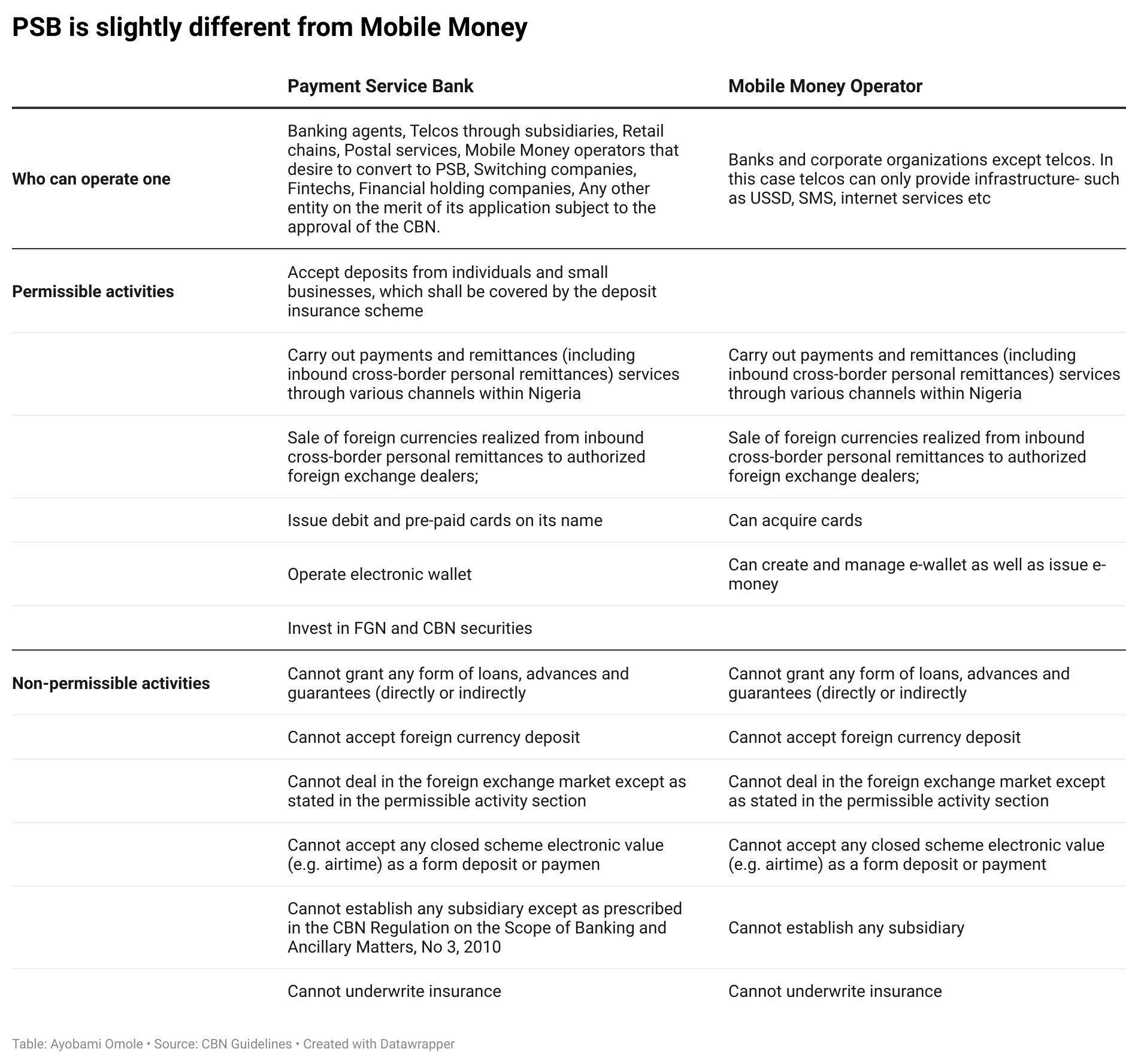