Mozambique: Authorities’ request for an IMF programme is welcome

The IMF stated during its regular press briefing last week that the Mozambican authorities have formally requested to begin programme discussions, confirming what had been reported earlier in local media. A staff mission is expected in the second-half of March. At this stage, there is no indication as to what type of programme the authorities are seeking, the modalities of the programme, its size, or the timing of any agreement. However, the IMF press briefing made clear the importance the Fund still attaches to strengthening Mozambique’s governance framework.

We welcome the authorities’ request for an IMF programme as it seeks to put its immediate past behind it. We discussed the possibility of the authorities seeking a new IMF programme in our meeting notes following the IMF Annual Meetings in October. Timing now seems right to do so, with the general elections held in October out of the way, which saw a landslide victory for the ruling Frelimo party of President Nyusi, and following the closing of the MOZAM 2023 restructuring at the end of that month. We felt, and still do, that a Fund programme would help to support investor confidence, providing both transparency and policy discipline, as the government establishes a track record of economic management and governance as it emerges from its financial crisis. Public debt is still high (109% of GDP in 2019, as projected in the latest WEO), while the government is targeting the elimination of the primary deficit by 2022, which appears to be consistent with IMF advice for gradual fiscal consolidation, compared to an estimated primary deficit of 3% of GDP in 2018, according to ministry of finance figures. However, even this fiscal path may not be enough, in our view, to reduce the debt burden substantially over the medium term (although the DSA changes radically with the onset of gas production). In fact, we think one benefit of an IMF programme, with regular reviews, is to provide greater transparency on fiscal outcomes given the limited fiscal data published by the authorities.

However, there seems to be no obvious external financing need now in our view, given recent improvements in the balance of payments (BOP) and reserve accumulation, compared to the situation a few years ago (either when the IMF approved the ill-fated SBA in December 2015, or following the hidden debt crisis and the subsequent suspension of donor financing in 2016). Moreover, the government received US$880mn (nearly 6% of GDP) in a one-off capital gains tax (CGT) arising from Occidental’s sale of its LNG project (formerly Anadarko’s) to Total in September 2019 – this now shows as significant credit on the secondary income balance of the BOP in Q4. This helped the current account deficit move close to balance in the final quarter (although we caution that it is a one-off item), while official reserves (net basis) increased to US$3.66bn in December, according to central bank data, about 4.6 months of imports of G&S and 5.4 months of imports of G&S excluding mega projects on our calculations. As such, the Mozambican currency has been broadly stable against the US dollar over the last two years and inflation has fallen to low single digits (3.5% yoy in January 2020). 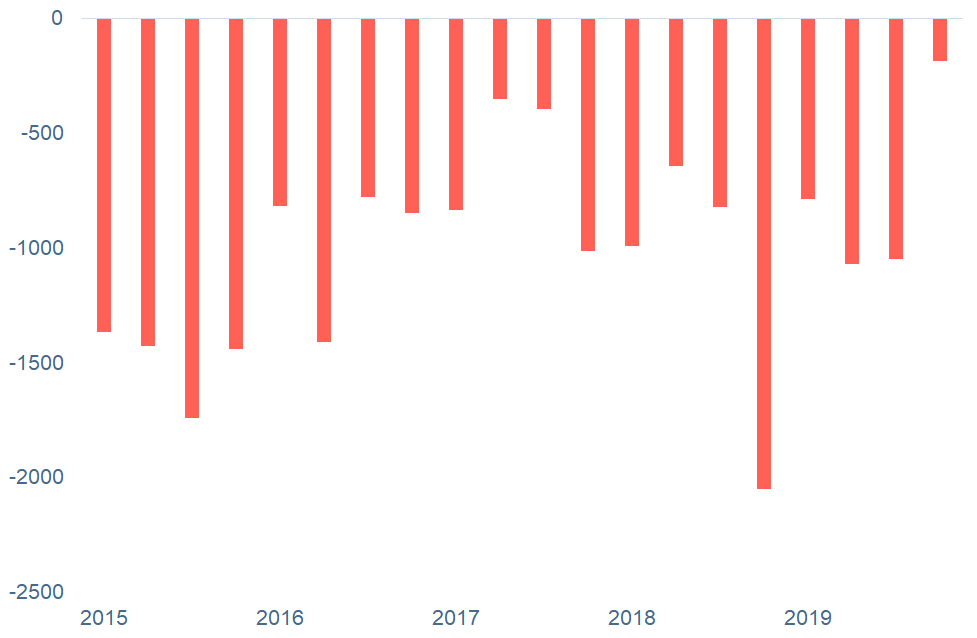 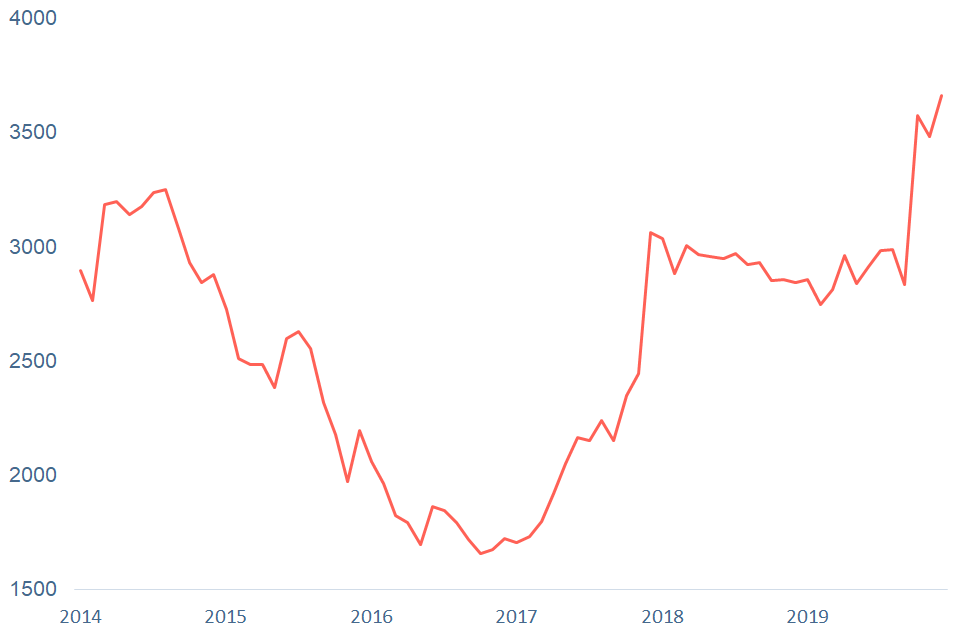 We think a relatively low access Extended Credit Facility (ECF) may be appropriate for Mozambique, providing concessional financing in support of a structural reform programme while there is no obvious BOP financing need. Mozambique is still a poor country – ahead of the full impact of its natural gas windfall later this decade – and market financing is expected to remain limited, so the country will remain reliant on IFIs (except for LNG financing). The ECF is the most concessional programme the Fund can provide. But a new IMF programme that helps to support market sentiment could also be important to ENH as it looks to fund its share of the gas investment. A three-year IMF programme, for example, would also take Mozambique closer to the arrival of first gas, expected to be in 2022 from ENI’s Coral Sul FLNG facility in Area 4. This will come ahead of first gas from Total’s much larger Mozambique LNG project in Area 1 expected in 2024 after FID was announced on 18 June 2019.

We retain our Hold on Mozambique's new 5% 2031 step-up amortising bond, with a yield of 7.9% (z-spread 694bps) as of cob 4 March (indicative mid-price basis on Bloomberg). The first coupon payment (US$30mn) on the new bond is due 15 March. After last time, investors will be watching closely! 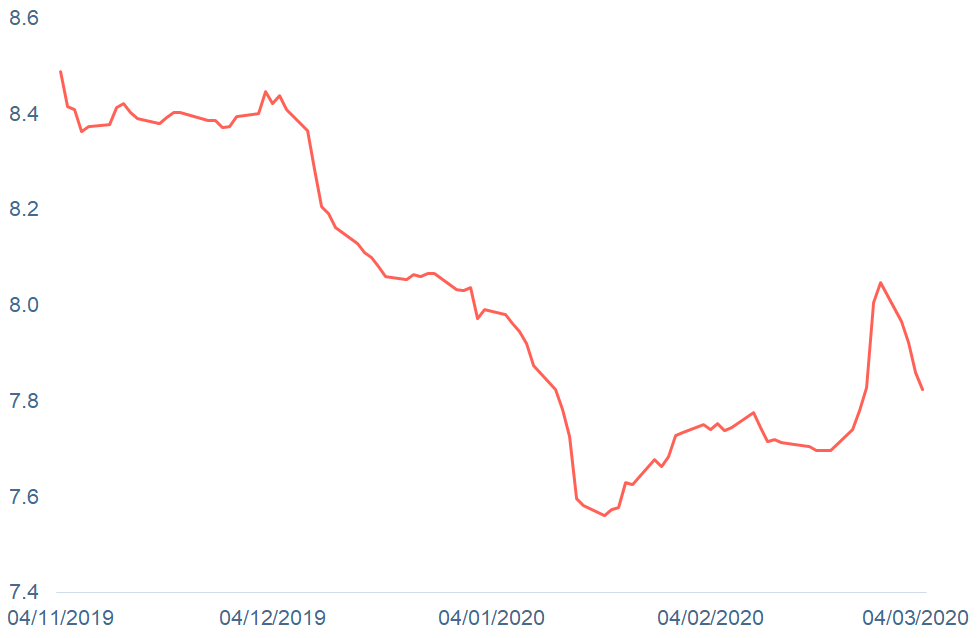