UST yields are ticking higher this morning following yesterday’s sharp increase that was spurred on by the shock BoJ announcement. Treasuries have now slumped for three-straight sessions, and yields have risen back to levels seen towards the end of November. This has raised questions about the potential for a recession in the US and just how deep it could be. The widely-watched 2v10 spread has narrowed its inversion from more than -80bp to around -55bp currently. Our view remains that the US will slump into a recession next year and that it will be a deep one unless the Federal Reserve dials back its hawkishness.

Central Africa Republic: Citing "current market conditions" and "marketing reasons," the Central African Republic, which adopted bitcoin as legal tender in April, has delayed listing its national cryptocurrency. According to a statement on the coin's official Telegram channel, the plan to list the Sango Coin has been shelved until Q1 2023. Also delayed is a "release" that would allow coin holders to sell up to 5% of their coins, which are currently "locked" for a year and unable to be sold. CAR launched Sango in July, aiming to raise almost $1bn over the next year, despite concerns about its transparency and a downturn in global crypto markets.

Egypt: In a poll conducted by Reuters, the Central Bank of Egypt (CBE) is expected to raise its overnight interest rates by 200bp this week as it tries to combat inflation following the sharp pound devaluation. The median forecast in a poll involving 12 analysts is for the bank to raise its deposit rate to 15.25% and its lending rate to 16.25% at the final meeting of 2022 on Thursday. A significant hike would help to curb inflation and make the carry trade attractive.

Nigeria: The latest monthly Oil Market Report by the Organisation of Petroleum Exporting Countries (OPEC) showed that Nigeria's oil rigs count fell from 16 to 8 between 2019 and 2022, underscoring the magnitude of challenges the country has faced in producing its OPEC monthly allocation. The report further showed that in Q1 2022, the count was eight, then 11 in Q2, and then it fell to nine in Q3. In September this year, the total number of rigs was seven, and although it rose by one to eight in October, it was still half the number Nigeria had in 2019 when production issues hadn't hobbled the industry. Note that significant underinvestment in the oil sector in Nigeria and massive theft of resources in the Niger delta have, in part, contributed to depleting oil rigs.

Nigeria: The Central Bank of Nigeria (CBN) has threatened to withdraw foreign exchange dealership licenses of banks that partner with International Monetary Transfer Operators (IMTOs) to violate its directive that beneficiaries of diaspora remittances should be paid in the currency of their choice. In a bid to boost diaspora remittances, especially through the banking system, the CBN, in November 2020, had directed that beneficiaries of such remittances should be paid in dollars through the designated banks of their choice. However, the CBN has noted that some IMTOs are engaging in illegal activities through banks in violation of this directive by paying diaspora remittances in naira.

Uganda: The latest monthly Uganda Coffee Development Authority report shows that coffee exports fell 15.5% y/y in November. Specifically, shipments declined to 447,162 60kg bags from 525,915 bags a year earlier following a consecutive year of drought in most regions. According to the UCDA, drought led to increased incidences of pests and diseases such as coffee twig borer and red blister disease. However, the December outlook for coffee exports is positive, with the UCDA forecasting that coffee exports will rebound to 500k 60kg bags as the harvesting season in the central and eastern region's peaks. Increased output and exports will provide Uganda with much-need foreign currency income to support its currency, which has come under pressure this year.

Uganda: President Yoweri Museveni has said that Uganda plans to start constructing a long-delayed standard-gauge railway in 2024. The construction of the standard-gauge railway is expected to reduce freight costs for hauliers dependent on the country's road network. Museveni added that talks are being concluded on financing for the project, and negotiations are also underway with Kenya about its own plan to extend existing line to connect the port of Mombasa to Uganda's border. The Export-Import Bank of China, which had been expected to fund 85% of the $2.3bn line connecting Kampala to the Kenyan border, has held back from providing the loans because it wants construction to be synchronized with Kenya's plans. Kenya has delayed extending the section from Naivasha because of high costs. Museveni said Uganda will consider an alternative route should talks with Kenya fail to reach an agreement.

Forex: IMF will assess if Egypt's exchange rate is flexible after letters of credit are phased out

A senior IMF official has said that the lender will be watching for a shift by Egypt to a flexible exchange rate after a requirement to finance imports through letters of credit is phased out at the end of December. Prior to the war, the Central Bank of Egypt had imposed the requirement, causing a sharp slowdown in imports and a backlog of goods in ports. According to the official, "We know that the central bank has not intervened to inject reserves into the foreign exchange market since we reached a staff-level agreement. But we also know that the backlog of imports has not been cleared." 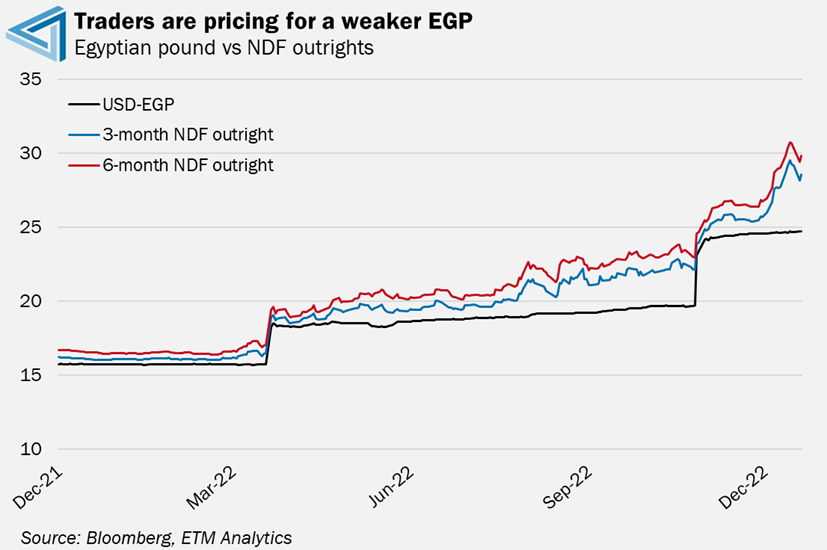 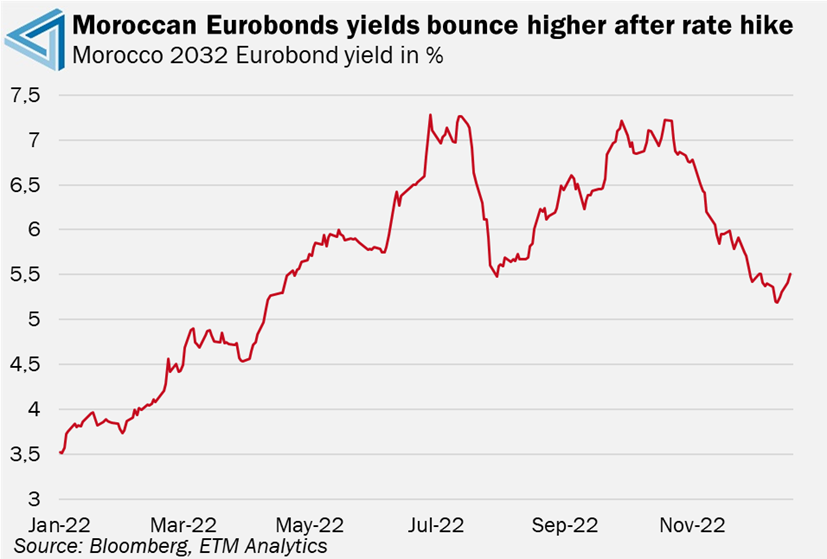 2022 has been a turbulent year for financial markets. Investors have had to deal with one of the most aggressive rate hiking cycles in decades, a surging USD, Russia’s invasion of Ukraine, ongoing supply chain issues, China’s Covid-Zero policy and more recently, signs of a global slowdown. Volatility has been apparent across FX, fixed income, equity and commodity markets. The volatility has been widespread, with emerging and developing market assets suffering wild price swings this year. 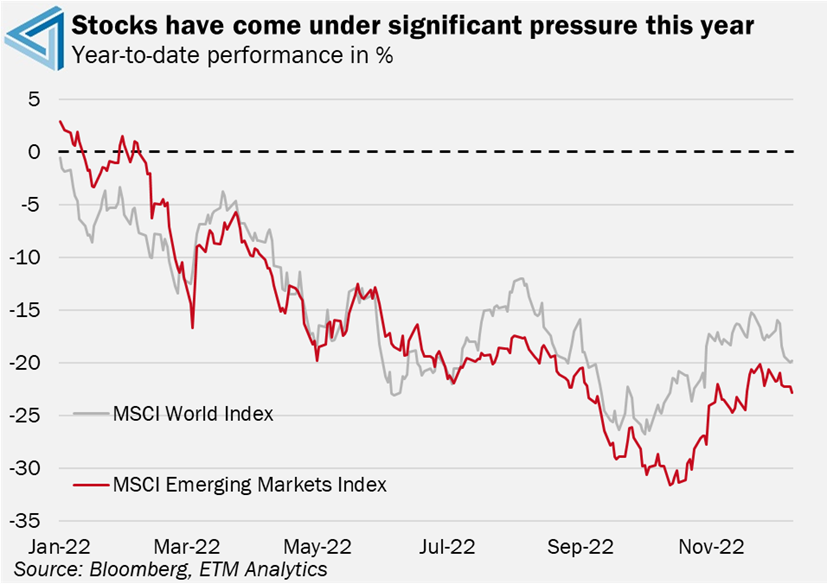