This action is intended to quell protests that have been ongoing by small-scale farmers for over a year, marking the transition from attack (accusing the farmers of religious-based separatism), to concession (offering an 18-month suspension of the laws), to capitulation.

It is also intended to win back support of farmer communities in advance of state elections in 2022 (particularly in Punjab and, more importantly, Uttar Pradesh, which accounts for 17% of the population, 15% of the lower house of the national parliament and 13% of the upper house).

Agriculture accounts for c15% of GDP and 40% of the workforce.

This policy reversal is a setback, in the short term at least, for the investment case in India, given one of its positive drivers was the assumption that, under Modi’s BJP, the likelihood of structural reform was greater than under any combination of the opposition parties. Longer term, this action helps to cement Modi’s grip but at a cost to his reform credentials.

Reform has thus far offset the risks from social polarisation under Modi and, as the next election cycle gets going, it remains to be seen whether this remains the case. There is still a long to-do list of necessary but politically difficult reforms.

The farmer laws essentially replaced a system where a government entity purchased small farmer output at a minimum guaranteed price with a liberalised system of private procurement, exposing small farmers to upside and downside pricing risk, likely forcing consolidation into larger operations (with stronger collective balance sheets), and more targeted (responsive to market prices) choice of which crops to produce.

The potential for hoarding of agricultural output is arguably similar under both systems but with less government oversight and accountability in the private procurement option. 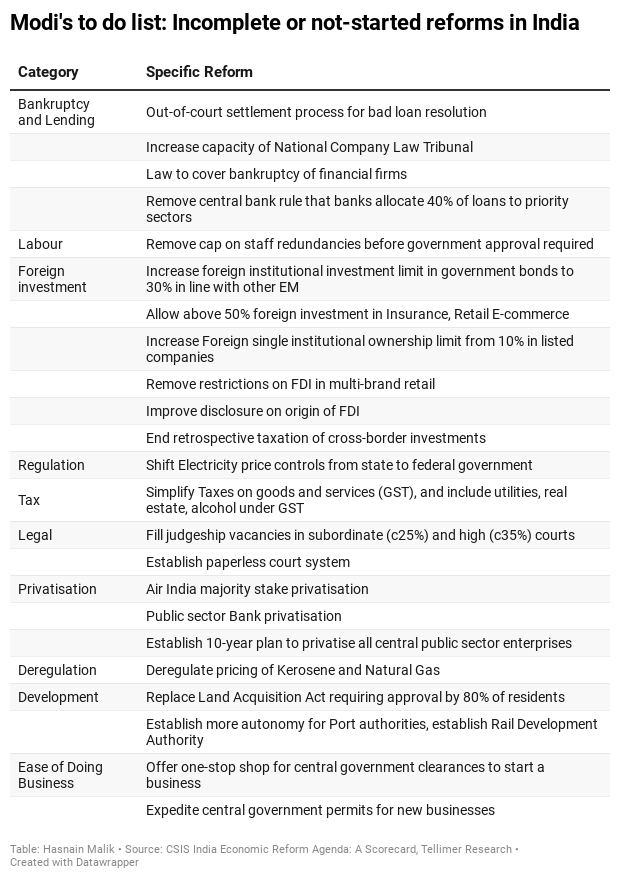 India at a valuation premium to historic average

India equities (Sensex) are up 24% ytd, driven by a number of factors: post-Covid economic normalisation; a stable FX rate, funds inflow both from local investors in a negative real rate (-0.5%) environment and foreign investors concentrating their EM holdings into China (with its increasing benchmark index weight offsetting its fundamental policy setbacks); and India (as a more compelling growth alternative to ASEAN and other large, liquidly traded global EMs like Brazil).

Overall, this policy reversal is negative but not enough to derail the Indian investment case - it remains one built around high growth, stuttering reform, and manageable domestic social (minority marginalisation) and foreign policy risk (China conflict).

More concerning is high valuation versus history (trailing PB of 3.7x and forward PE of 25x, both at 25% premia to respective 5-year medians) which, following this year’s rally (up 24% ytd) and in the context of high earnings growth expectations (17% in 2022f), offers less insulation from further negative catalysts.

ASEAN abandoned in the foreign rush to China and India, November 2021