Africa lags behind other regions on mobile internet connectivity and usage and has the highest percentage of digitally excluded individuals. As we have discussed before, the' usage gap' is at the root of the continent's tech problems – many Africans live in areas with internet coverage but do not use it.

Affordability is a critical barrier to the uptake of internet services. We have previously examined the affordability of mobile data in Africa – this report discusses smartphone affordability and how mobile money could be the solution.

Of all the regions, Sub-Saharan Africa (SSA) has the lowest percentage of individuals that are connected to the internet. The reasons for this include a lack of relevant web content and a shortage of knowledge and skills, but the most important is affordability – the internet is still too expensive for many Africans, and the expensive nature of smartphones is a high barrier. 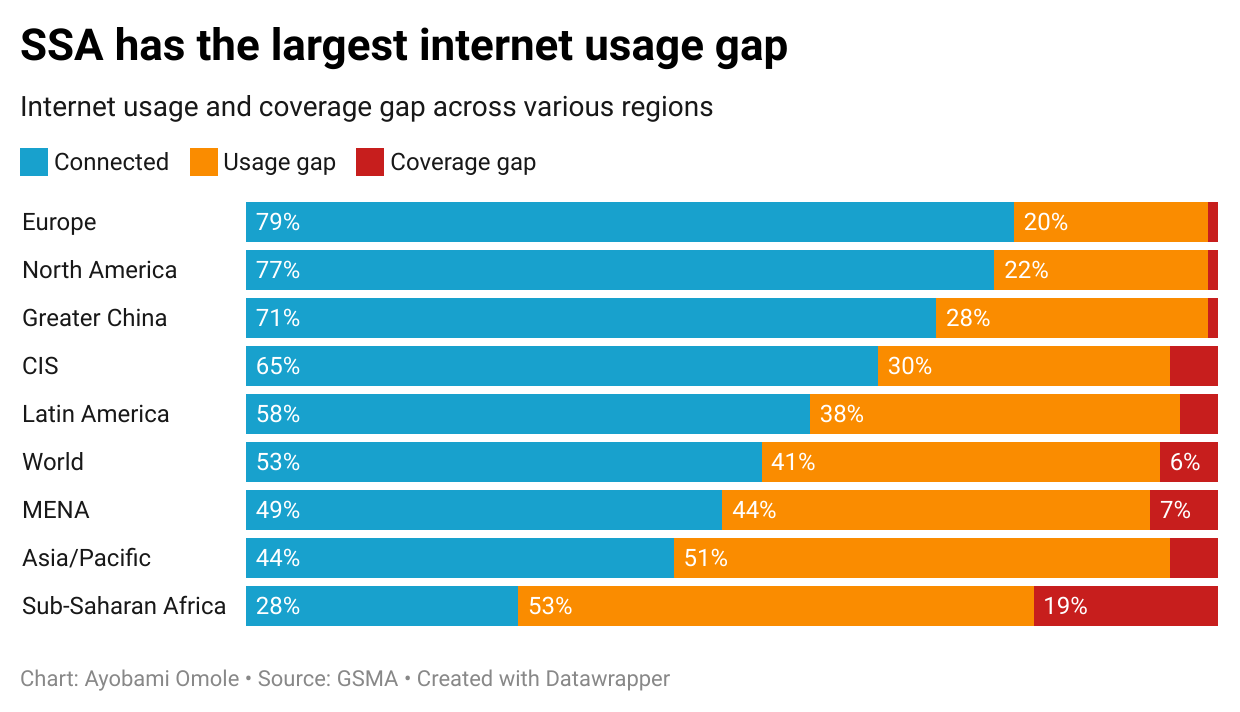 The low smartphone penetration rate in SSA is evidence of this. According to GSMA, only 15% of the population have 4G smartphones – the majority of mobile connections in SSA remain 2G and 3G, even as other regions are moving from 4G to 5G. African telco providers are working on improving the 4G penetration rate to recoup some of the capital investment they have spent on expanding 4G coverage.

One significant barrier to getting individuals to switch from 2G- and 3G-enabled devices to 4G devices is affordability. Comparing average smartphone prices with the average income of individuals in low- to middle-income regions, SSA has the lowest level of smartphone affordability. 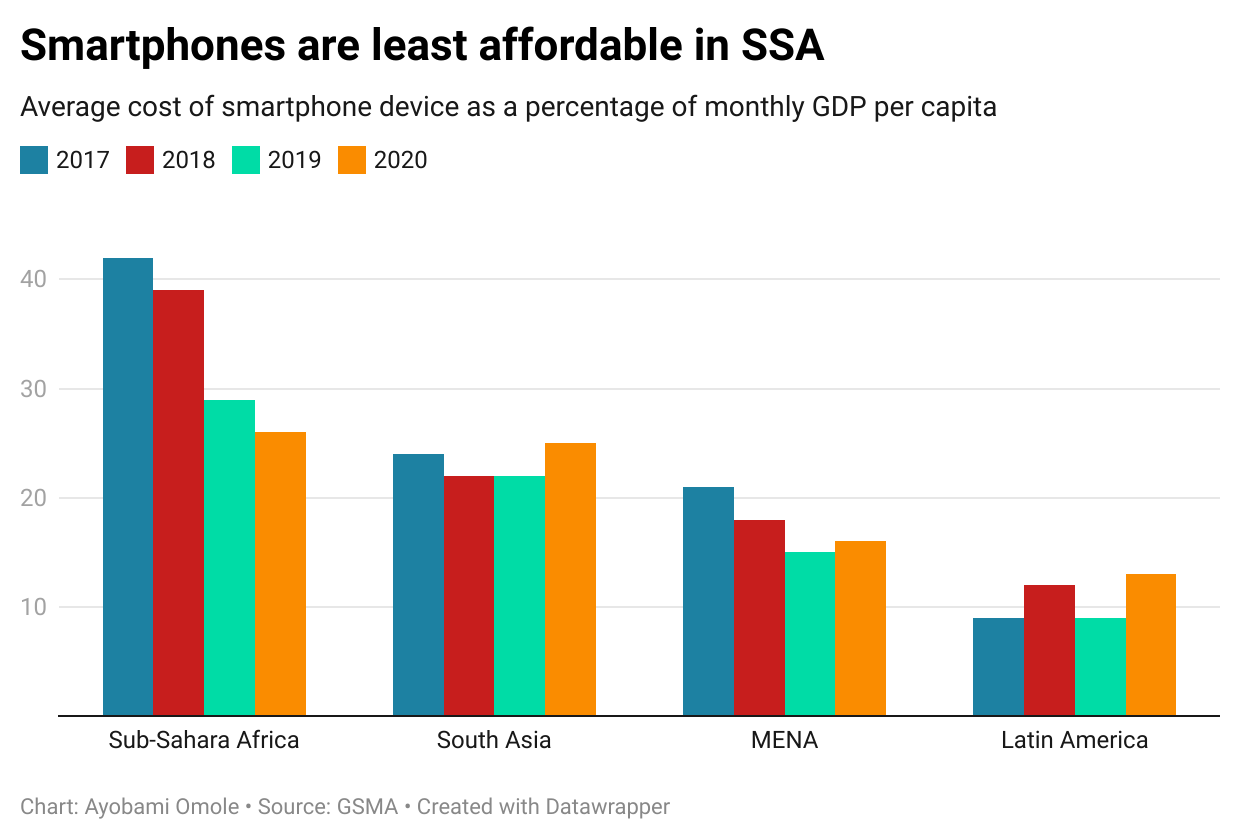 Solving the latter challenges is complicated. Phone manufacturers have attempted to produce cheaper smartphones and feature phones and we can attribute the improvement in smartphone affordability between 2017 and 2020 to innovation around affordable smartphones (SSA's average income level did not improve in the same period). However, the global chip shortage may have slowed down progress since 2020.

Another major factor is that many smartphones sold in SSA are not manufactured in the region – there are a few assemblers and the majority of parts are still imported. Given this, there is little that countries in SSA can do to address the cell phone affordability problem – prices will remain subject to global standards.

That being said, telcos have tried to solve this problem in some parts of the world, eg India’s Reliance Jio partnered with Google to produce smartphones priced at less than US$100.

There is, though, a better solution on the demand side. Mobile network operators have taken advantage of the low level of financial inclusion and internet penetration to build strong mobile money businesses – allowing customers to transfer and receive money via their mobile phones, without the need for a bank account. This is a way of providing credit for smartphone purchases in SSA.

Some of the reasons why mobile money might be the best tool are:

Although mobile money providers in Nigeria and Kenya are not allowed to provide loans directly, they can partner with banks to deliver this financing. The top players – Safaricom, MTN Group and Airtel – are best placed to take this route.