Military spend is immune from Covid

Militaries generally took a bigger share of budgets in 2020 in aggregate globally, as well as in most emerging markets, and that was despite the Covid-19 emergency response.

The share of military expenditure in government budgets is historically, over the past five years, much higher in the Middle East (except for Iran), than in other emerging markets. We screen for emerging markets where both historic military expenditure (above 2% of GDP over the past five years) and forecast fiscal deficit are high (above 3% in 2021f):

Given the "hot" neighbourhood of most of these countries and the military's control of the domestic deep-state in others, it is unlikely that the military will be called upon to share the burden of fiscal control any time soon.

Indeed, we have argued before about the likelihood of increasing military expenditure burdens for countries such as India, Morocco and Turkey, which have intensifying border disputes or increasingly ambitious foreign policy.

In this report we use the 26 April update to the Stockholm International Peace Research Institute database and the IMF WEO April forecasts. 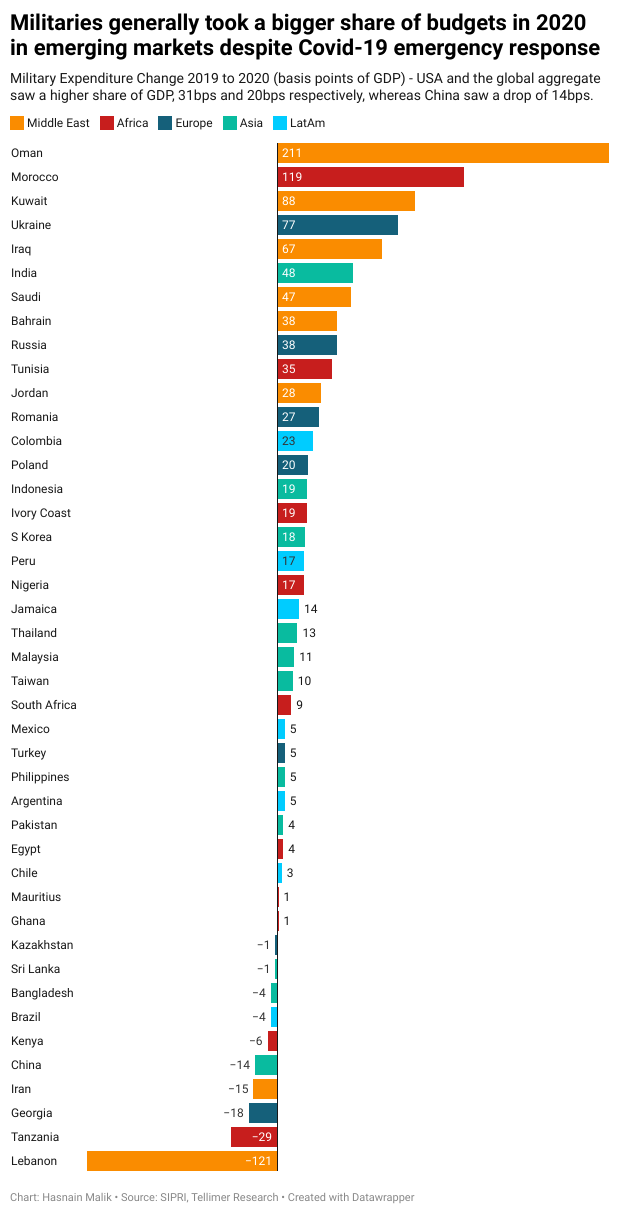 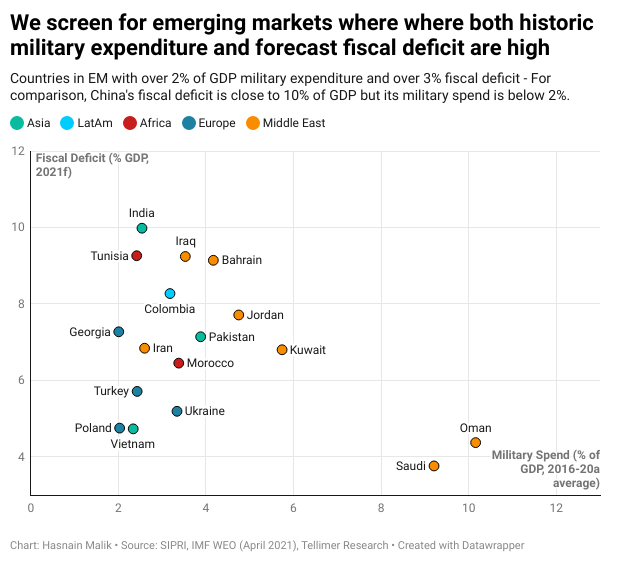 EM Wars: The changing art and risk of war in Emerging and Frontier markets, March 2020