Mexico: IP–A pause in sequential terms, albeit with resilience in manufacturing

Industry keeps growing in annual terms. The sector rose 3.9% y/y (see Chart 1), higher than consensus (2.9%) but closer than our estimate (4.3%). Considering an additional working day, using seasonally adjusted figures, growth was lower at 3.3% y/y. This figure is mostly in line with INEGI´s estimate in its Timely Indicator of Economic Activity (3.1%). Inside and with original data, manufacturing led the performance at +8.1%, followed by mining (-0.1%) and with construction much lower (-4.0%), as seen in Chart 2. For details, see Table 1.

Pause in sequential terms, with a mixed performance inside. Industry was unchanged (0.0% m/m, as seen in Chart 3), breaking with five months of gains. With this result, the sector almost matched the level in February 2020 (used as its pre-pandemic metric). However, it is still 3.9% below its historical high in September 2015 (Chart 4). Mining led performance at +0.4%. ‘Related services’ showed a more modest move at -1.2% –its first single-digit adjustment in five months–, extending the 20.5% decline of the previous month. Meanwhile, the oil sector fell 0.2%, consistent with lower gas production reported by the National Hydrocarbons Commission. Meanwhile, the non-oil sector continued its positive trend with an increase of 0.3%, which we attribute to some stability in commodity prices.

Construction plummeted 1.7%, extending the 1.3% loss of the previous month. Inside, we highlight additional weakness in civil engineering, despite some favorable news regarding progress of the Tren Maya, some water distribution projects, and other key infrastructure works (e.g. Mexico-Toluca train) Specialized services fell 0.8%, which we partly associate with the performance of the previous sector. Lastly, edification was also weaker at -1.3%, in our view still quite limited by high input prices –despite a recent moderation–, and now possibly by the increase in financing costs (due to the rate hiking cycle).

Manufacturing output fell just 0.1%, which we believe is quite modest considering the +1.6% of July. This would be somewhat consistent with the decline in IMEF’s manufacturing PMI –down to contraction territory–, as well as more challenging signals from abroad. However, it did surprise us to the upside, suggesting that the sector is being quite resilient. Within the sector, 15 of the 21 categories fell (Table 2), with some of the largest declines seen in machinery and equipment (-12.5%), beverages and tobacco (-3.5%), and oil and carbon (-2.5%). However, increases centered on electric equipment (+3.3%), clothing (+2.6%) and transportation (+1.9%), with the latter being consistent with timely figures from AMIA and the trade balance.

Headwinds could imply a higher slowdown in the sector. Today’s results suggest that industry will likely remain positive in 3Q22, albeit decelerating relative to the performance seen in the first half of the year considering: (1) A more challenging base; and (2) increasing headwinds both externally and domestically. The latter are becoming more relevant towards the end of the year, representing additional risks for performance in 4Q22.

On the external front, we highlight that manufacturing production in the US continues to show mixed signs. During September, the S&P Global manufacturing PMI reported an improvement thanks to an increase in ‘production’ and ‘new orders’. In contrast, the manufacturing ISM fell to its lowest level since May 2022. In other figures, the labor market in that country continues to show strength, while inflation expectations remain on a downward trend. At the same time, consumer confidence continues to improve. However, we do not rule out that additional shocks (e.g. energy supply, disruptions to supply chains, or related to the conflict in Ukraine) could affect the already weak domestic demand of our principal trading partner.

In the domestic front, inflation trends in the remainder of the year are not encouraging, expecting Banxico to continue raising rates. However, we identify three important drivers for industry, which could provide some needed stimulus to show more resilience in coming months, such as: (1) Government spending on priority projects; (2) the construction of industrial parks and/or factories; and (3) new investment (both local and foreign) in the manufacturing sector. Regarding the first point, the need to advance key infrastructure projects –such as the Tren Maya and finish the Dos Bocas refinery– and to reactivate other unfinished works from previous administrations –such as the El Zapotillo dam in Jalisco, or the Mexico-Toluca Interurban Train– could be a trigger for a recovery in construction, which has been strongly affected by the price increases in inputs for more than a year.

On the second point, the increase in demand for industrial buildings –mainly in the north and Bajío– has implied the development of new projects to build industrial parks. According to Sergio Argüelles, president of the Mexican Association of Private Industrial Parks (AMPIP), the nearshoring phenomenon has filled industrial spaces in the north of the country, with almost 100% occupancy in Tijuana, Ciudad Juárez and Monterrey. In this context, the reactivation of this type of construction is necessary by the industrial real estate sector.

The AMPIP calculates that in the rest of 2022 at least 25 new industrial parks will be built –6 million square meters with an approximate investment of US$2.5 billion. Lastly, regarding investment in manufacturing, the country will continue to benefit from the arrival of new companies or new production lines by companies already installed. Regarding the former, some recent examples are BOCE Industrial Systems, which is installed in Querétaro with an investment of US$1.5 million and the German company Thyssenkrupp, which is investing US$37 million in a new plant in San Luis Potosí. On the latter, some examples are the investment of SIEMENS, which with $955 million started a new plant in Nuevo León, increasing its production oriented to the US and Canadian markets; and Utz, a Swiss company that is installing its second plant in Guanajuato with an investment of US$16.8 million. 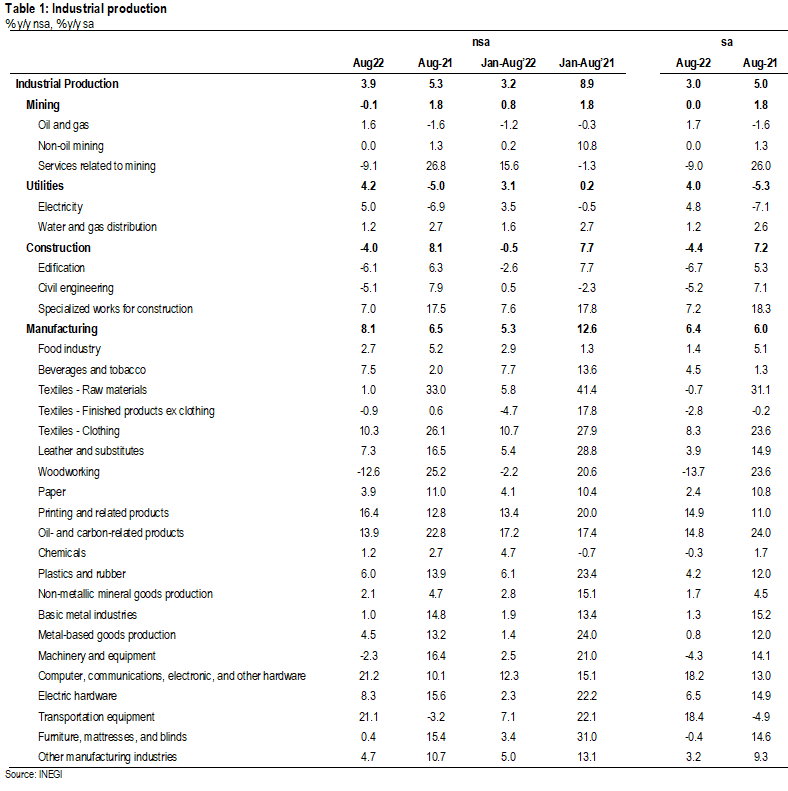 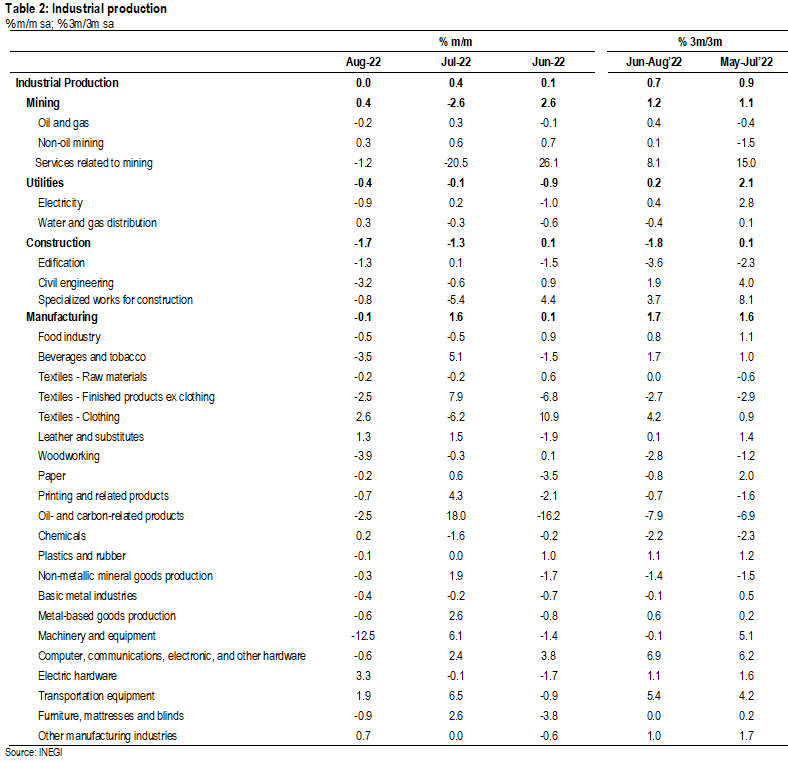