Mexico: Domestic demand –Signs of moderation at the beginning of 3Q22

Investment falls in sequential terms. Investment grew 2.1% y/y (see Chart 1), lower than consensus (3.9%), but closer to our 3.1%. In the annual comparison we had one less working day, skewing the figure down. Therefore, with seasonally adjusted figures the result is higher, at 3.5% y/y. By sectors, and back to original figures, machinery and equipment maintained a high growth rate, at 7.2% –stronger in the imported branch. On the contrary, construction dipped 2.2%, after +2.4% the previous month –with weakness concentrated in the residential sector– as depicted in Chart 2. Further details can be seen in Table 1.

In sequential terms (using seasonally adjusted figures), it fell 1.4% m/m (Chart 3). With this, the level of activity stands 0.3% below February 2020, used as pre-pandemic metric. In addition, it is still 13.6% below its historical high in July 2018 (Chart 4). Inside, machinery and equipment fell 0.4%. Imports were the main reason at -1.4%, while the domestic component rebounded 1.7%. Both sectors were mixed, with contrary moves across categories, as seen in Table 2. Construction had a significant loss, down by 1.7%. Residential managed a 0.1% increase, still with price pressures in raw materials (e.g. concrete), and only after contracting 1.4% in June. Non-residential fell by 3.2%, in our view impacted by the slowdown related to mining infrastructure (see industrial production report).

Private consumption keeps growing. This stood at 5.0% y/y, continuing with its moderation trend (Chart 5). With adjusted figures, growth was 6.3% y/y, also impacted by the difference in working days. Back to original figures, we highlight imported goods at 13.7% –noting durable and semi-durable goods. We also highlight domestic services at 5.5%. Lastly, domestic goods remain positive, although moderating at the margin to 2.1%. For further details, see Table 3.

Sequentially, consumption grew 0.1% m/m (Chart 7), same as in the previous month. This is consistent with the consolidation of the fundamentals. In this sense, employment maintained a good performance –despite seasonal distortions–, while remittances reached new historical highs.

Other positive factors included the resumption of social program’s payments after the electoral ban. However, we do not rule out adverse effects from the fifth wave of COVID-19 and extended price pressures. Inside, the domestic sector expanded only 0.2%, with strength centered on goods (+1.1%), but with services lower  (-0.9%). On the other hand, imported goods also declined at -0.8% (Table 4), breaking with five months up. With these results, consumption extends its positive trend, albeit showing some signs of moderation (Chart 8).

Consumption consolidates, while challenges for investment seemingly on the rise. We believe that risks have increased significantly, highlighting: (1) The extension of the war in Ukraine; (2) actions that could restrain oil supply ahead, such as yesterday’s OPEC+ decision; (3) persistent inflation; (4) slowdown in the Chinese economy; and (5) the global monetary tightening cycle. Domestically, inflation would stay high for the rest of the year, boosting our call of further tightening from Banxico, with the YE22 rate at 10.50% and a terminal point of 11.00% by the end of 1Q23.

In this context, we believe that investment may be the one that is impacted the most from headwinds in the rest of the year, not ruling out a slowdown since 3Q22. However, we believe that there are still some positive factors, such as public spending. For now, the public projects that stand out for the rest of the year are the continuation of work at the Tren Maya and the remaining stages of the Dos Bocas refinery, the additional works to the Felipe Ángeles Airport (e.g. Suburban Train), and the Tren Interurbano (Mexico-Toluca Train) that recently received $1.3 billion effective as of December 31, 2022 –and that will probably receive $7 billion on 2023, if its Federal Spending Budget is approved without changes. Lastly, we consider it important to highlight that the appetite to invest in the country by international companies continues. This is mostly explained by the competitive advantages offered by being the main trading partner of the US, its geographical proximity, and the rules established by the USMCA for different industry sectors, such as auto parts.

In our opinion, consumption will maintain its momentum, at least during 3Q22, once again, supported by fundamentals and showing resilience in terms of household consumption patterns. In this context, we highlight that the prevailing inflation does not yet seem to have had a significant impact on domestic consumption. In addition, credit signals suggest that some households would be smoothing current spending with the use of this tool. However, going forward, there are headwinds for fundamentals, specifically in the case of remittances, which could moderate their expansion given a possible recession in the US, so we will maintain attention to US employment figures.

All in all, we believe that during 3Q22 domestic demand will continue to advance, although very possibly moderating relative to the growth rates seen in the first half of the year. Investment could maintain some momentum from government projects and nearshoring efforts. Meanwhile, consumption would maintain its dynamism, despite the level of inflation and the loss that this implies for real wages. 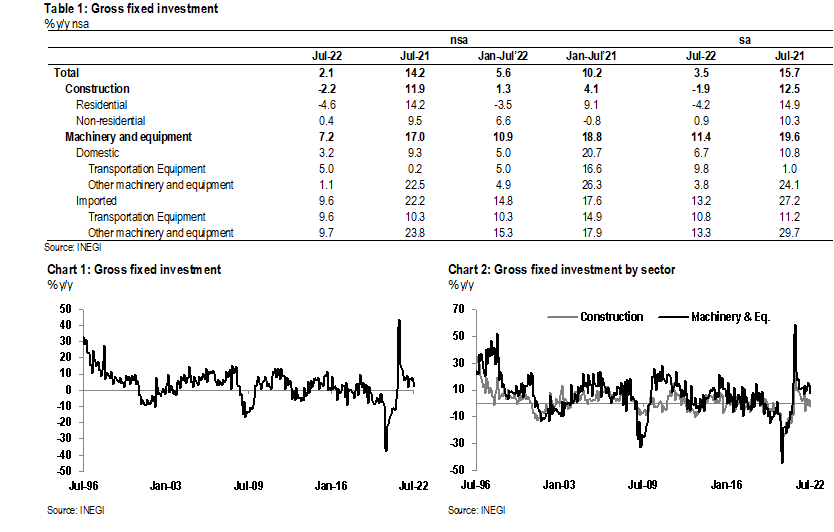 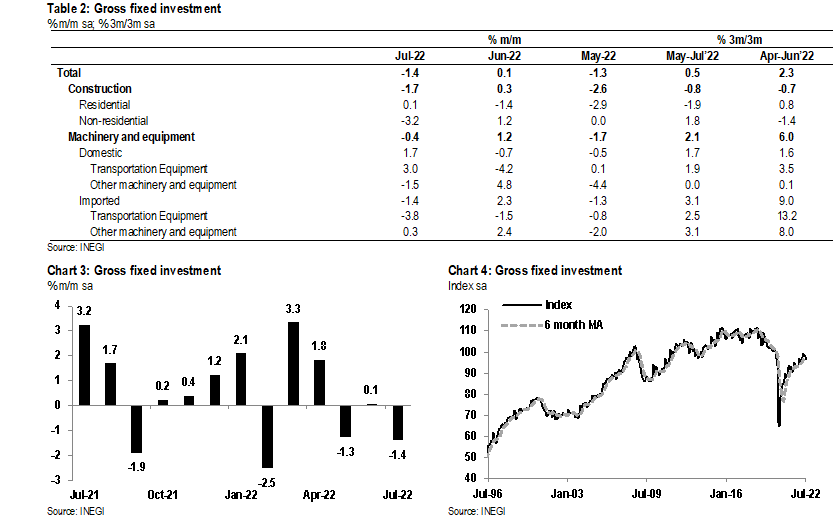 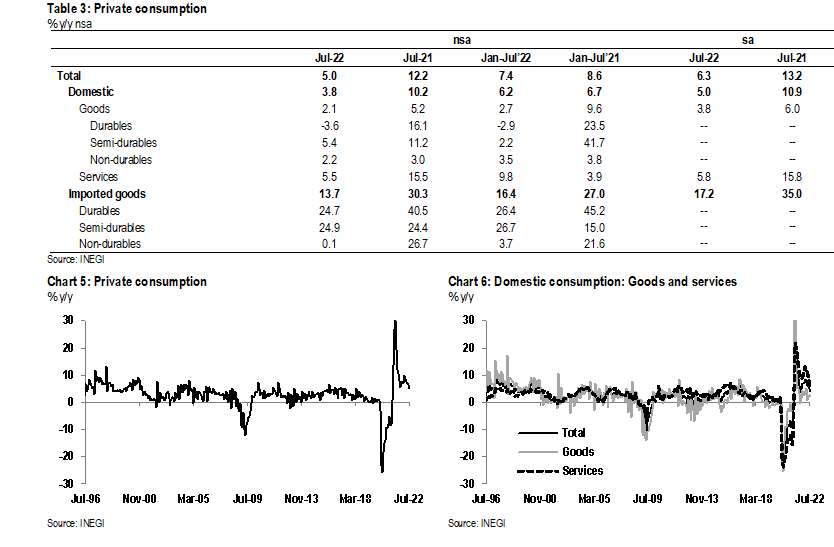 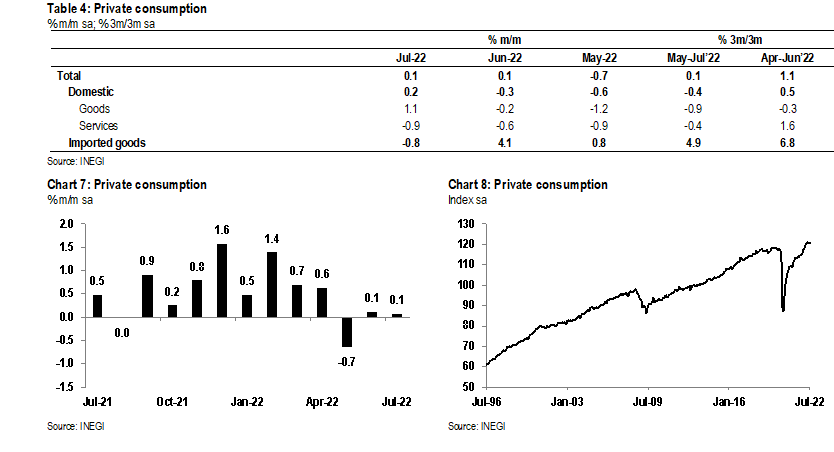