Aggregate supply and demand strength during 2Q22. Growth was 4.8% y/y, higher than the previous quarter (3.0%) and surpassing our forecast (3.6%). The annual rate was favored, to a certain extent, by the base effect, remembering that pandemic effects are still in play, albeit more modestly. In the supply side, GDP grew 2.0% y/y. Imports accelerated –after losing steam in the previous period– up 12.4% (previous 6.1%), as shown in Table 1. On the demand side, private consumption continued to grow at +6.5%, with investment also positive at 7.0% (Chart 3). Exports remained high at 9.3% (Chart 4). Lastly, government spending fell 0.3%. The quarter was characterized by greater mobility and the return to in-person activities –school and work– by a bigger share of the population, in addition to a lower number of contagions which favored domestic demand. However, it is also important to mention that inflationary pressures continued to accumulate, with initial increases in commodities –energy, grains, metals– and the persistence of supply chain disruptions (shortages of inputs and high transportation costs), which translated into substantial adjustments for food items. In this backdrop, we consider that dynamism could have been limited, but not exceeded, by inflationary pressures.

Additional sequential dynamism despite increasing headwinds. Aggregate supply and demand grew 2.2% q/q, higher than the 1.5% seen in 1Q22 (Table 2). Consumption maintained its positive trend, up 1.5%. Although this implies a slowdown relative to the previous quarter, we consider that it is quite positive, once again reflecting strength in consumer fundamentals. Remittances continued to increase in the period, with historical levels of Mexican employees in the US. Domestic employment managed to maintain a favorable trend at the end of the period, with a higher participation rate compared to the end of 1Q22.

However, we note that average wages fell in real terms during the period, affected by inflation. Within the domestic category (1.0%), services increased 2.0%, probably favored by more in-person activities and entertainment, while goods fell 0.1%. The imported branch rose 5.4% (Chart 5).

Investment stringed a second strong quarter, advancing 2.3%. The private sector stood at +2.3%, boosted by the nearshoring effect and despite the rise in input costs. The public sector registered a higher rate at 2.4% (Chart 6), not showing a slowdown after the Felipe Ángeles Airport inauguration, with support from spending related to other projects such as Tren Maya and Dos Bocas refinery. Government spending rose 1.5% in the context of the electoral process (see Chart 7). With this, domestic absorption (comprised of consumption, investment, and government spending) grew 1.7% according to our calculations, adding three quarters higher. On the other hand, exports surprised to the downside at -0.2%, contrasting with the dynamism in imports, but relatively consistent with some signs of moderation for the US economy.

On supply, imports grew 5.0% (Chart 8). This is relatively in line with the dynamism shown by domestic activity, even despite world trade restrictions                   –especially due to China’s lockdowns in the context of zero COVID-19 policy. Finally, and as already reported, GDP surprised positively by growing 0.9%.

Positive first half, but with increasing risks ahead. Today’s results are quite favorable, and overall consistent with strength in activity in 1H22. This lends significant support to our view of a 2.1% expansion in GDP for the whole year, above market expectations. However, considering challenges ahead, we maintain our view of a deceleration in the second half of the year.

As mentioned in other publications, the main risks are tied to inflationary pressures and the actions taken by global central banks to fight them. We are concerned on the effects on household’s disposable income –especially the impact in food prices– and its subsequent effect in consumption. In addition, investment faces both higher input costs, but also pricier financing, which could dissuade the start of new projects. Moreover, risks on the external front remain, with lingering concerns about new disruptions as China maintains its zero-COVID policy, the war in Ukraine and sanctions to Russia, and the increasing possibility of a US deceleration. Regarding the latter, we expect the effects to be more evident in 2023 –impacted by the Fed’s tightening–, consistent with our view of GDP growth in Mexico of 1.0%.

However, enough positive factors remain to offset for these risks, mainly related to domestic demand. Specifically, consumption should remain favored by resilient fundamentals –mainly employment and remittances–, while investment could maintain its positive trend on the back of additional nearshoring efforts and public spending. In this context, the Federal Government introduced yesterday, along with the private sector, a new industrial policy strategy, seeking to push broader growth –boosting development– through technological updates, increased domestic content, and development of human resources. Most of the attention is centered in manufacturing, looking to capitalize greater foreign interest to localize supply chains in the aftermath of the pandemic. Moreover, we remain on the look on progress regarding USMCA disputes, awaiting a resolution on the auto sector quite soon, and with seemingly good progress regarding the energy sector given recent discussions in the latest High-Level Economic Dialogue between the US and Mexico.

All in all, we recognize the balance of risks has turned more negative in the last couple of months. Nevertheless, we argue that the economy has enough momentum to maintain positive dynamics through the second half of the year. As such, our overall view about the Mexican economy still stands. 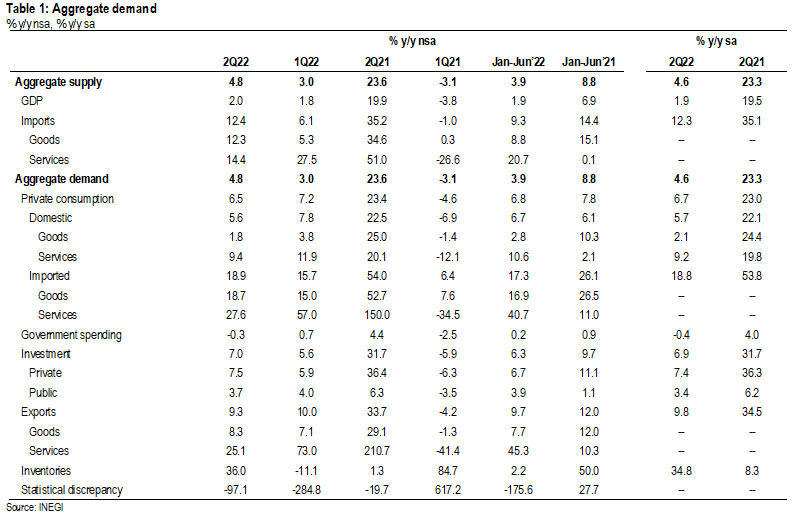 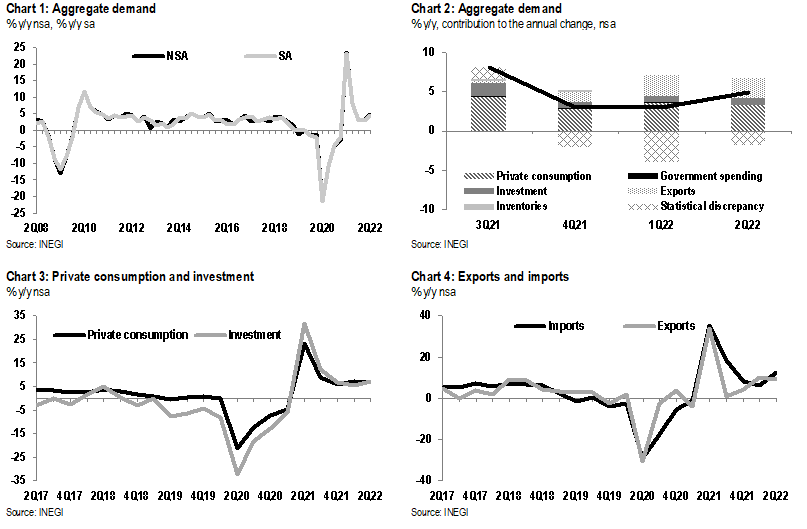 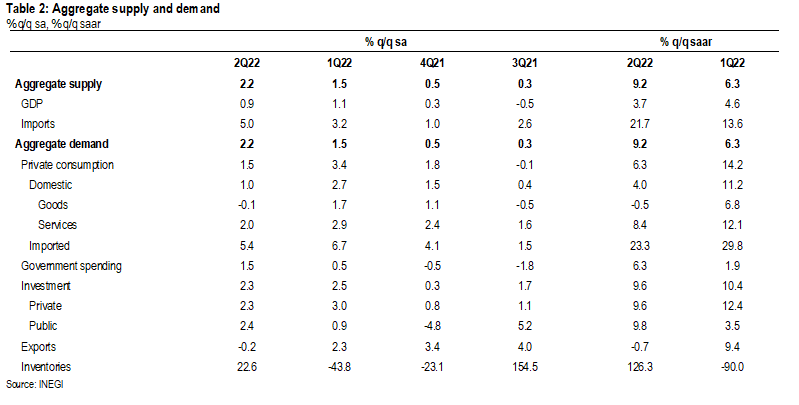 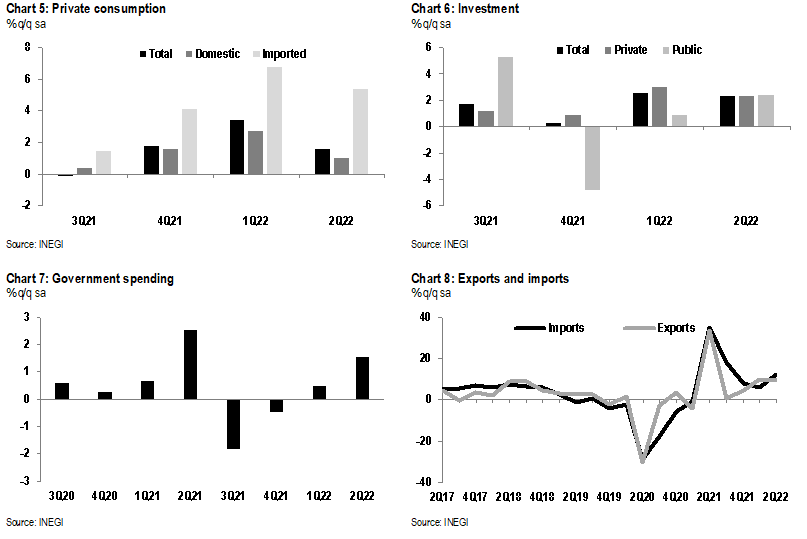