The King of Malaysia, Al-Sultan Abdullah, has declared a state of emergency to combat the rise of Covid cases, empowering the government of Prime Minister Muhyiddin Yassin to suspend parliament and introduce laws without approval. The emergency decree may allow the police and armed forces to assist in public health measures, and is expected to last for months (1 August) unless Covid cases are brought under control. This is the first state of emergency since 1969.

Why palm oil will rally on the emergency declaration

The move comes on the heels of a massive boom in palm oil. Prices have already risen to a 10-year high — 90% since May 2020 (palm oil is the cheapest source of cooking oil). And while there has been massive demand with optimism about coronavirus vaccines energising demand projects, supply has been tight.

Since Malaysia is the second largest producer of palm oil in the world, a state of emergency will restrict supply. Moreover, planting will be reduced with restrictions laid out for plantation workers under new lockdown measures, which will affect the already chronic shortage of migrant workers in Malaysia. 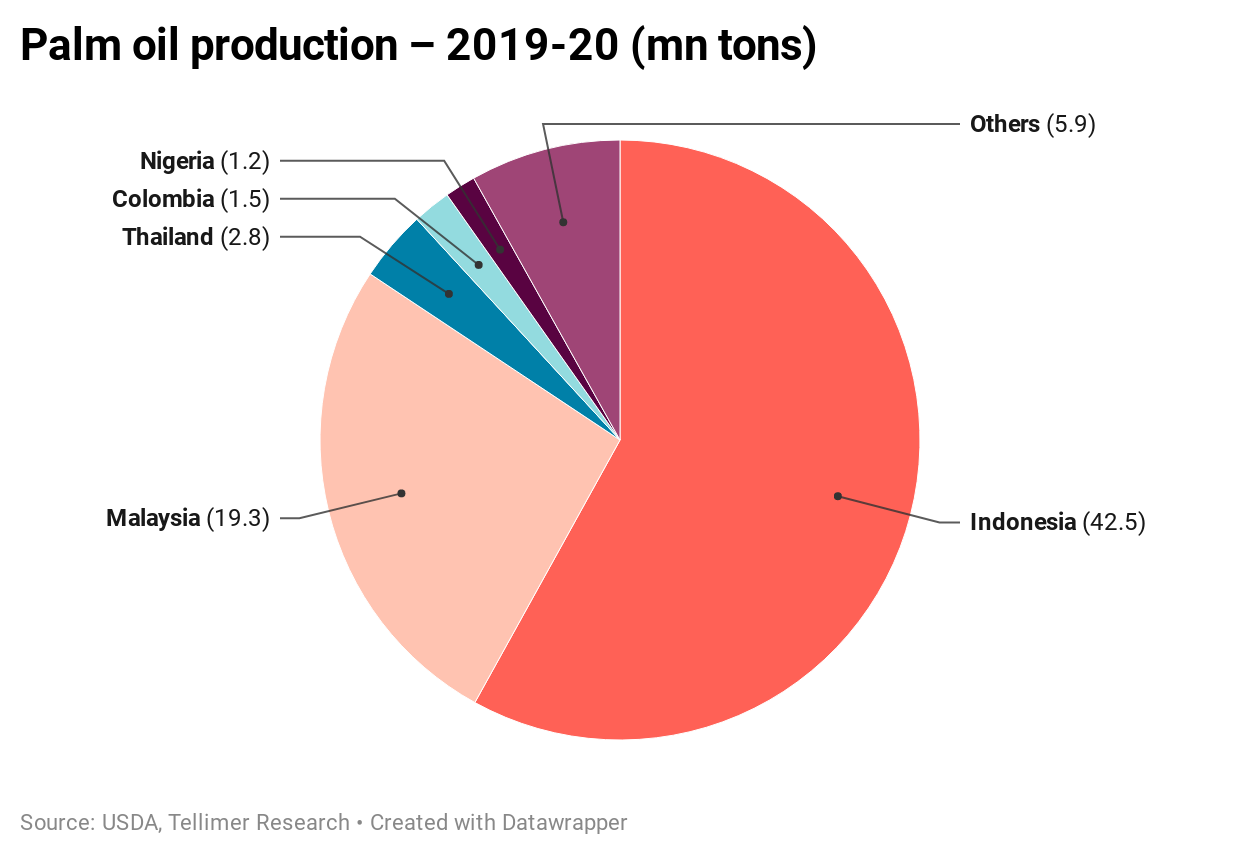 Palm oil stocks have risen 15% in the last year and are trading at a massive discount to their 10-year highs. Golden Agri (GGR SP), Indofood Agri (IFAR SP), First Resources (FR SP), IOI (IOI MK), and Kuala Lumpur Kepong (KLK MK) are trading close to their lowest ratios since 2008. The current EV/mature hectare average for the Indonesian planters is in the range of US$6,000-US$8,000/hectare, which is below the replacement cost.

A sustained surge in prices could create value for these stocks, which have all underperformed the commodity. 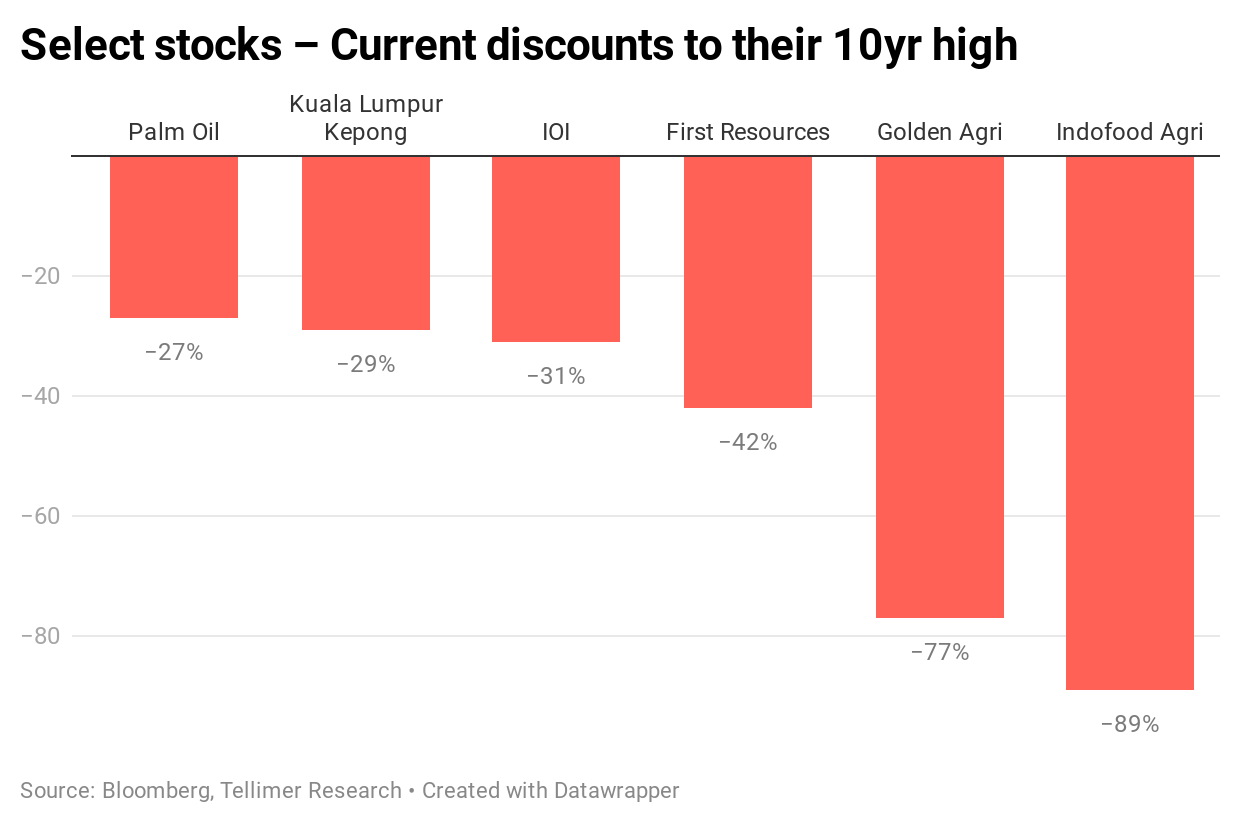 Palm oil price is highly linked to crude oil prices, showing a 77% correlation coefficient with Brent since the global financial crisis. In fact, the "other oil" is viewed as a proxy for crude due to its use in biodiesel fuel. Its price has halved in the past five years on accusations that its cultivation is responsible for the destruction of rainforests, as well as the fallout of the US-China trade war. 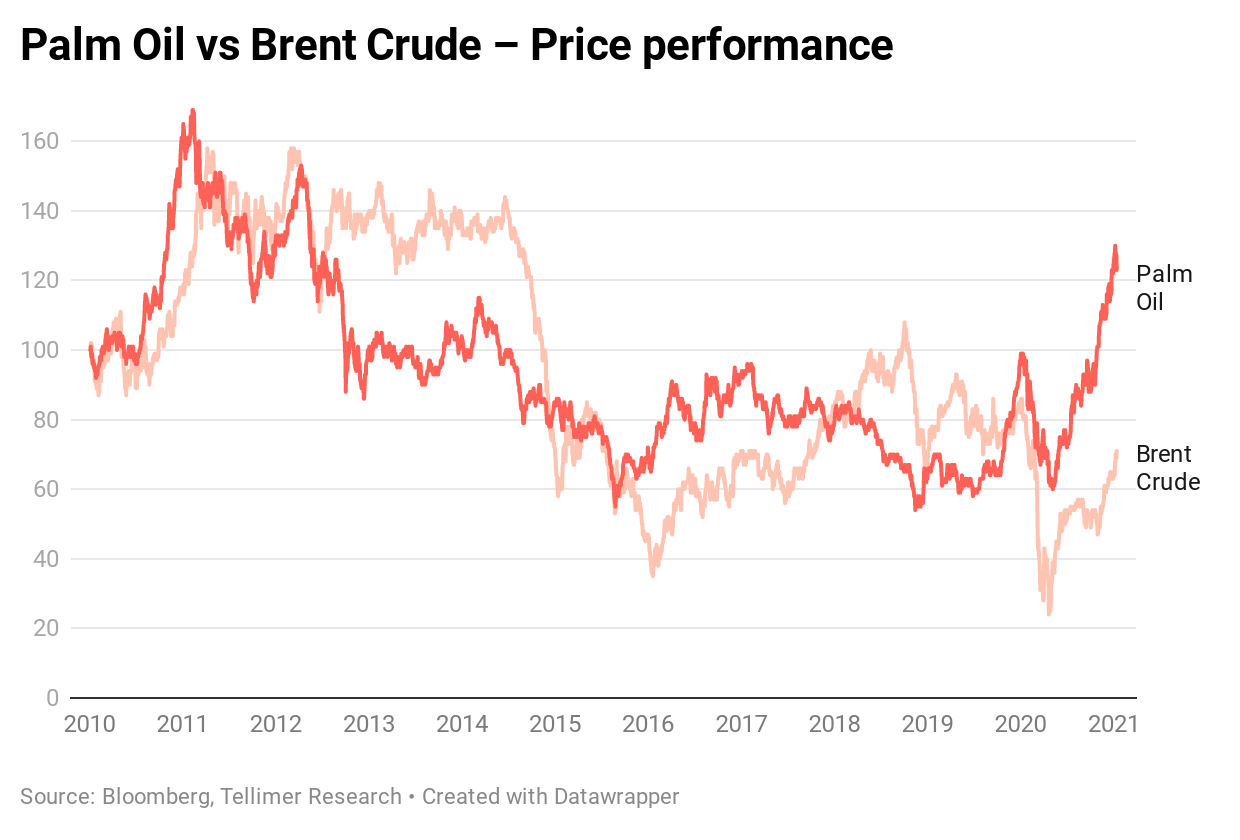