The government has requested help from the IMF, according to media reports on 13 February, confirming market chatter earlier this week (there is no formal IMF statement on its website as we go to press). The request for help is in the form of advice and technical expertise. According to reports, the request also sought advice on whether to pay the 9 March eurobond maturity. The IMF is expected to send a mission soon (although no date has been given).

A formal request for help is a welcome and sensible step for the authorities, given the scale and complexity of the financial crisis facing the country, although it may be seen as a negative sign by bondholders nervous about where it will end up. Our understanding, however, is that the call for help falls short of a formal request for a programme; this may still follow (and we think it should). But, clearly, any programme would take time to negotiate and approve, while local reports also suggest there might be little domestic political appetite for a programme anyway (so it could take longer to build a national consensus for it). So exactly what the IMF can do at this stage is questionable.

Yet we know what the thrust of IMF advice will look like though, based on the Fund’s recent Article IV (published in October) – the debt is unsustainable, a multiyear fiscal adjustment is required (a big primary surplus), together with other structural reforms, and the exchange rate is considerably overvalued. And the situation today is worse than it was then. As for the debt more generally, and the March eurobond payment specifically, this is ultimately a decision for the authorities and their advisors.

Even if Lebanon wanted one, we doubt an IMF programme could be approved before the eurobond payment anyway but, realistically, we think any IMF programme itself would require (possibly substantial) private sector involvement (PSI), given the clearly unsustainable debt situation, and probably require PSI as a prior action. Some might argue it will be better to make the March payment to buy a bit more time to come up with a coherent and credible economic plan, which might (maybe should) include a call for a comprehensive debt restructuring. Paying 'just' US$1.2bn now may make sense in a cost/benefit analysis. Others, however, may ask, if you have to restructure anyway (it seems inevitable to us, especially in the absence of other donor flows), why throw good money after bad? Better to protect reserves. And, in any case, making the payment now, absent new external inflows, just increases the probability of default ahead of the next bond repayment (US$700mn due on 14 April), so it would merely just defer the decision.

The price of the March bonds plummeted this week to US$76, falling by c10pts and reversing gains in the past two weeks, as investors grappled with news about the request for IMF help and the formation of a bondholder group. 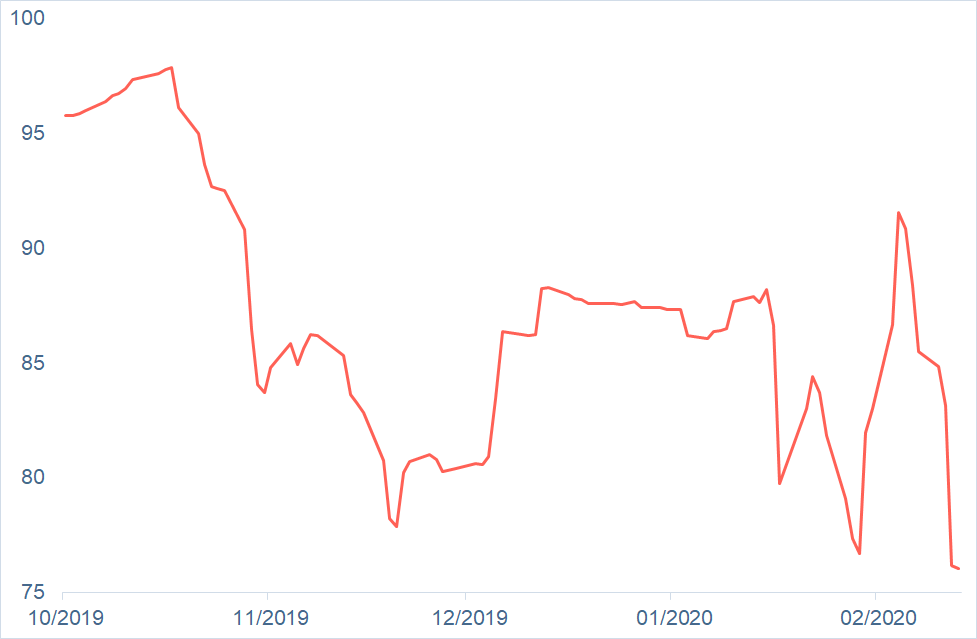