Prime Minister Hariri has resigned, after weeks of protests from a cross section of the population (which have now taken a violent turn), closure of the banks (they remained open even during the civil war), an attempt to push through a more austere fiscal budget (met with a lukewarm reception from the IMF, which forecasts an 11.5% fiscal deficit in 2020, and incredulity from investors), a stark warning of imminent economic collapse from the central bank head, and the apparent unwillingness of Lebanon’s international donors to step into the breach in the manner they have historically.

The yield on the 6.65% 2028 sovereign bond (rated B-/ CCC by S&P/ Fitch) has spiked close to 16% and equities (Blom index) are on a decade-low price/book of 0.5x amid concerns over prolonged economic damage from protests now and austerity later, vulnerability of the US$ currency peg and a cut to the payout on government securities held by the banks.

The knee-jerk reaction is to say that Lebanese assets, with anything but a very short duration, are untouchable, at least until signs of an injection of international capital (e.g. the release of the long-delayed US$11bn of CEDRE pledges). Although we generally like contrarian calls in illiquid markets and every situation has its price, the complications here are that the PM’s resignation may:

(1) Embolden, rather than satisfy, the protesters (whose criticisms are of the entire political elite, not a specific personality, party or policy);

(2) Lead to a fresh election and formation of a new government that could take many months (with no guarantee of a coherent enough coalition to implement much-needed austerity); and

(3) Cause a complete re-basing of asset value should the currency peg be abandoned.

Longer-term, if the very political system (based on an allocation of parliamentary seats on sectarian lines at the time of elections, using a very old measure of the sectarian mix of the population) which has preserved Lebanon as a nation state (balancing for example a coalition under Hariri and a coalition under Hezbollah's Nasrallah) has now run its course, there is no consensus among the elite, the protesters, or the proxy supporters among regional powers (i.e. Iran and Saudi) as to what sort of system replaces it.

As the domestic population has vented its ire at its political representatives, the only short-term solution needs to come from a compromise between the international backers of those representatives: a repeat of the previous cycle of domestic brinkmanship and international bail-out, in other words. Without that, a major overhaul of the Lebanese political system is on the way, which may be what the country needs but which, for some time, will make it un-investable. Why would the two camps in a government which took months to form and cannot implement a budget, let alone structural reform (Lebanon is the only country in the Middle East to see its World Bank Ease of Doing Business score decline over the last few years), cooperate sufficiently to enact constitutional reform?

On the one hand, the traditional status of Lebanon as too big to fail for those regional powers is in question given the plethora of regional rivalries (e.g. Bahrain, Gaza, Iraq, Oman, Qatar, Sudan, Syria, Yemen) and, on the other, those same regional powers may see their ability to exert influence diminish should the existing political system break. And the last line of economic defence, the famously loyal flow of diaspora remittances (the diaspora, including non-citizens, is estimated by EUI, at between 60% and 280% of the resident citizen population), may decline sharply for a while in light of such a serious threat to the currency peg. 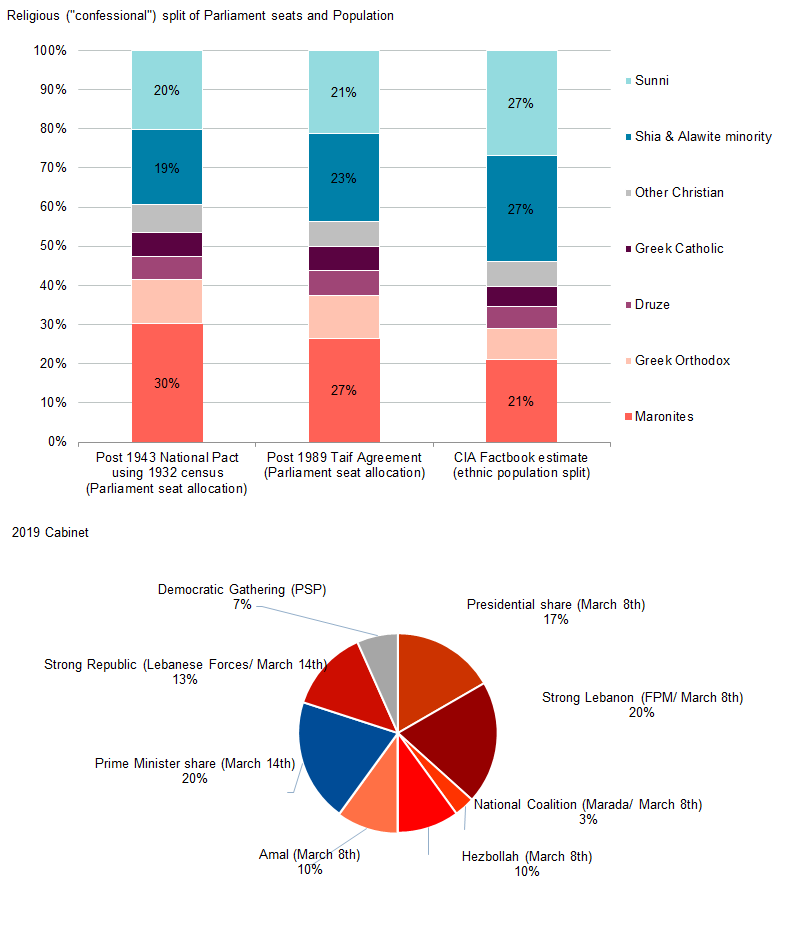 Investors have walked away well before Hariri 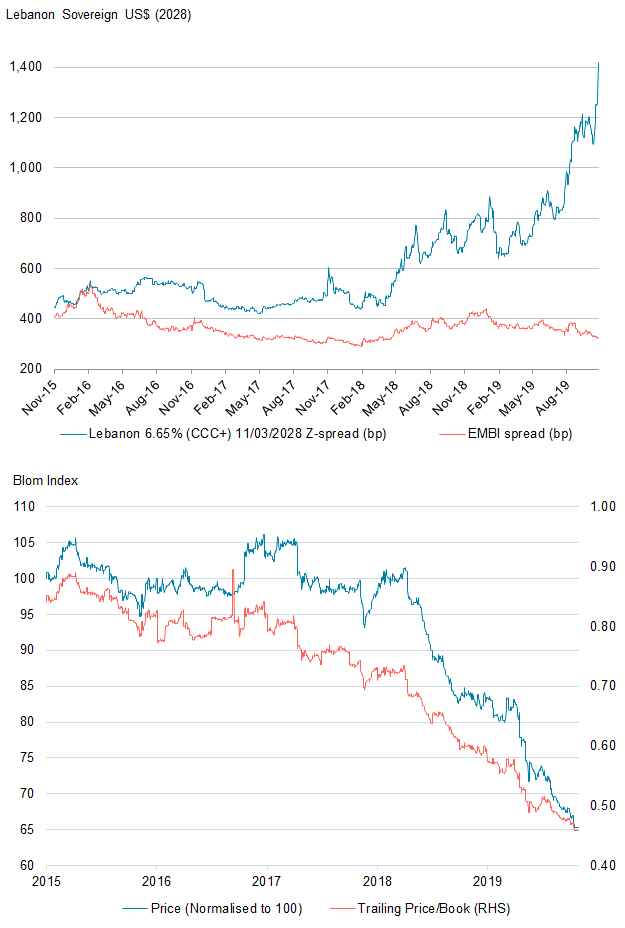 Diaspora remittances were already in decline in 2018 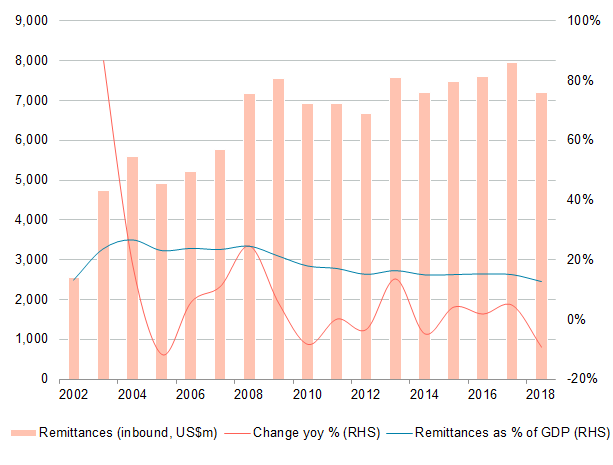 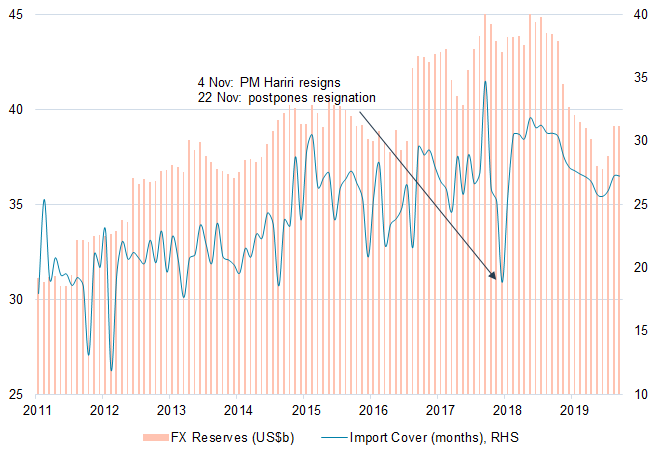