Laos plans liability management exercise, but not clear it will succeed

A covenant in Laos' existing eurobond prospectus, which is due in June 2021, stipulates that any new issuance exceeding the amount of outstanding principal (US$150mn) must be used to redeem the 21s in full at 101% of par before the end of 2020 or 100% thereafter.

The market context is now 79/84, according to indicative prices from StoneX, which is broadly unchanged since we initiated our Hold recommendation on 30 September at 80/85, and implies a yield of 48.5% on a mid-price basis (though pricing is highly uncertain given illiquidity).

Our rationale at the time was that Laos was essentially facing a liquidity crisis, which could be avoided via bilateral debt relief from either China or the G20’s DSSI (though there was a risk the latter would require an IMF programme – of which there is no evidence – and/or private sector involvement), or by refinancing the 21s (which we viewed as unlikely given yields around 40% at the time).

Today's news raises the possibility of refinancing, which could result in immediate upside of c24% for existing holders based on a mid-price of 81.5 and redemption price of 101. However, there are two caveats on pricing: 1) low liquidity makes pricing unreliable; and 2) if the refinancing exercise is viewed as credible, it is highly unlikely the bonds could be purchased at such a steep discount to the call price. 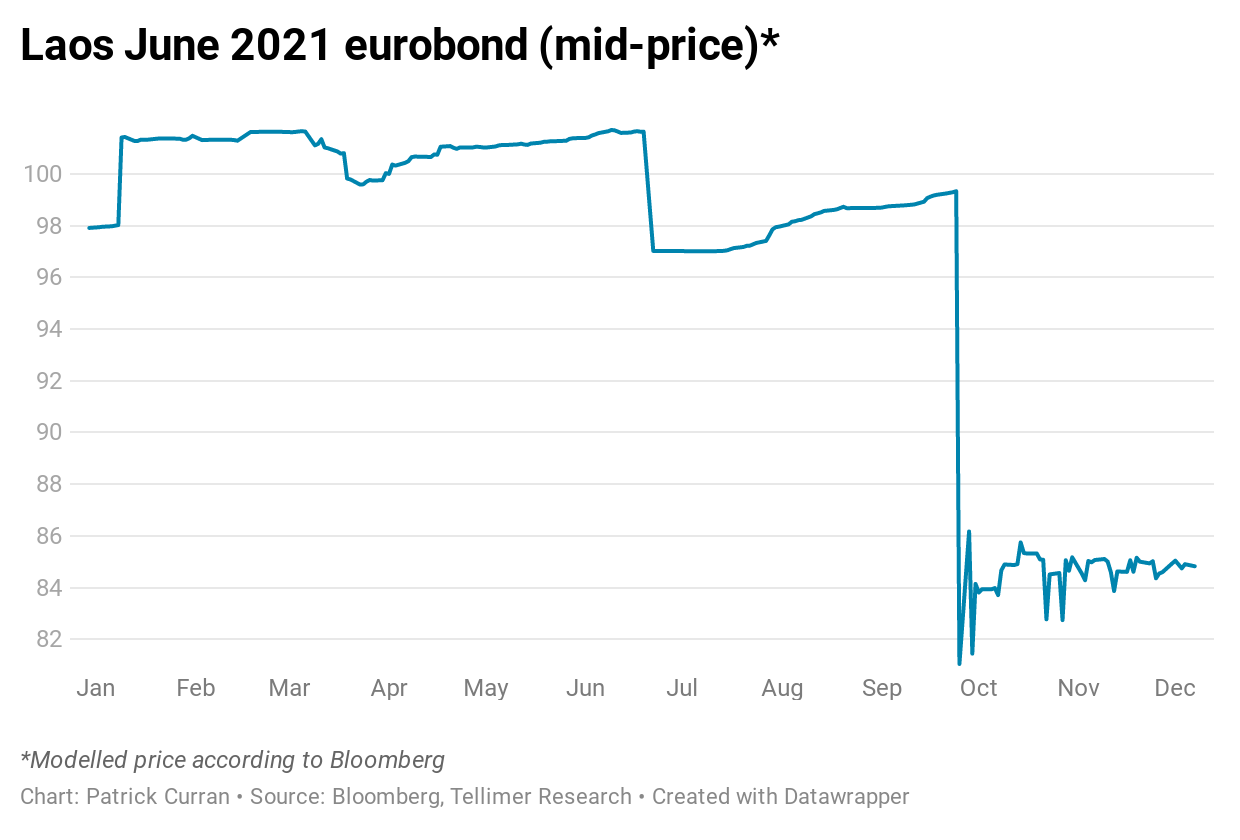 Further, with yields now approaching 50% (again, based on the current mid-price), it is not clear if Laos has the market access needed for a refinancing exercise and, even if it does, whether the yield would ultimately be low enough to make it desirable.

Presumably, Laos’ advisors would not moot the possibility without some indication that demand is there, and bonds would likely reprice on the back of the issuance. Laos' solvency indicators are still reasonably healthy (with the IMF projecting debt to peak at 70.9% of GDP this year and to decline thereafter) and refinancing the 21s would reduce the near-term risk of default on commercial debt. 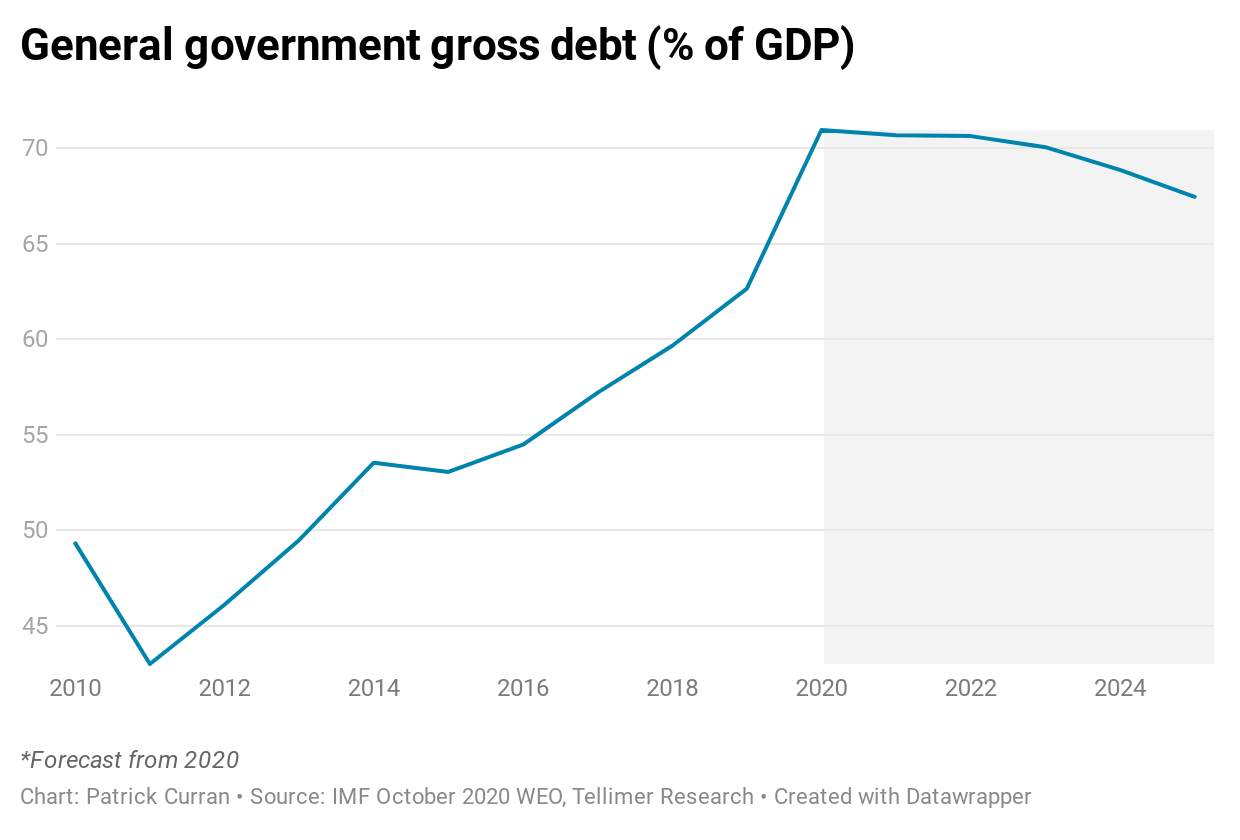 In addition, external imbalances have eased in recent months. Reserves increased by nearly US$500mn in Q3 on the back of cUS$200mn current account surplus (the highest on record since the government began recording BOP data in 2012 and compared to a US$130mn deficit in Q3 19) and cUS$360mn of debt issued by non-financial private sector firms. 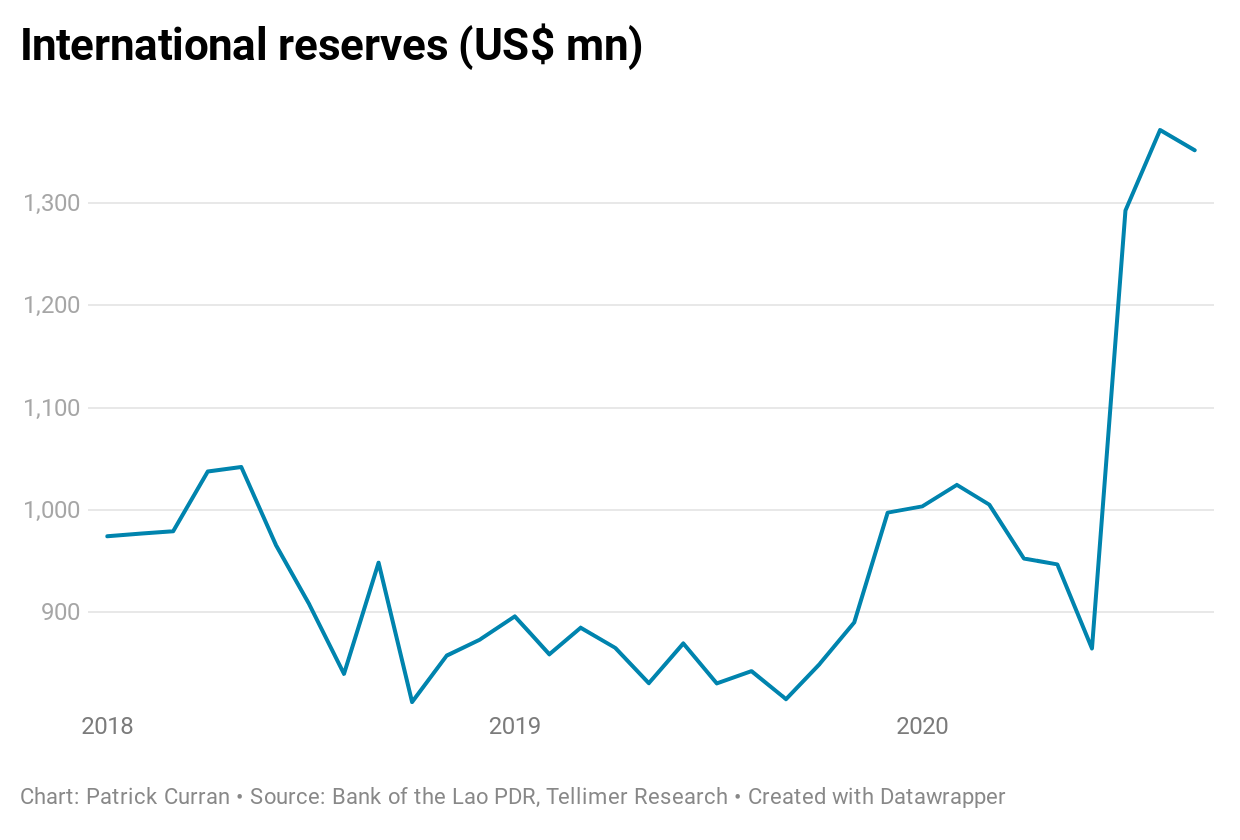 But with official data indicating a current account surplus over US$100mn in the first nine months of the year versus the IMF forecasting a widening of the deficit from 6.4% to 8.7% of GDP in 2020, it is unclear what is driving such a notable discrepancy in the data. It is notoriously difficult to dissect BOP data for a megaproject/FDI dependent country like Laos, so the data should be taken with a pinch of salt. 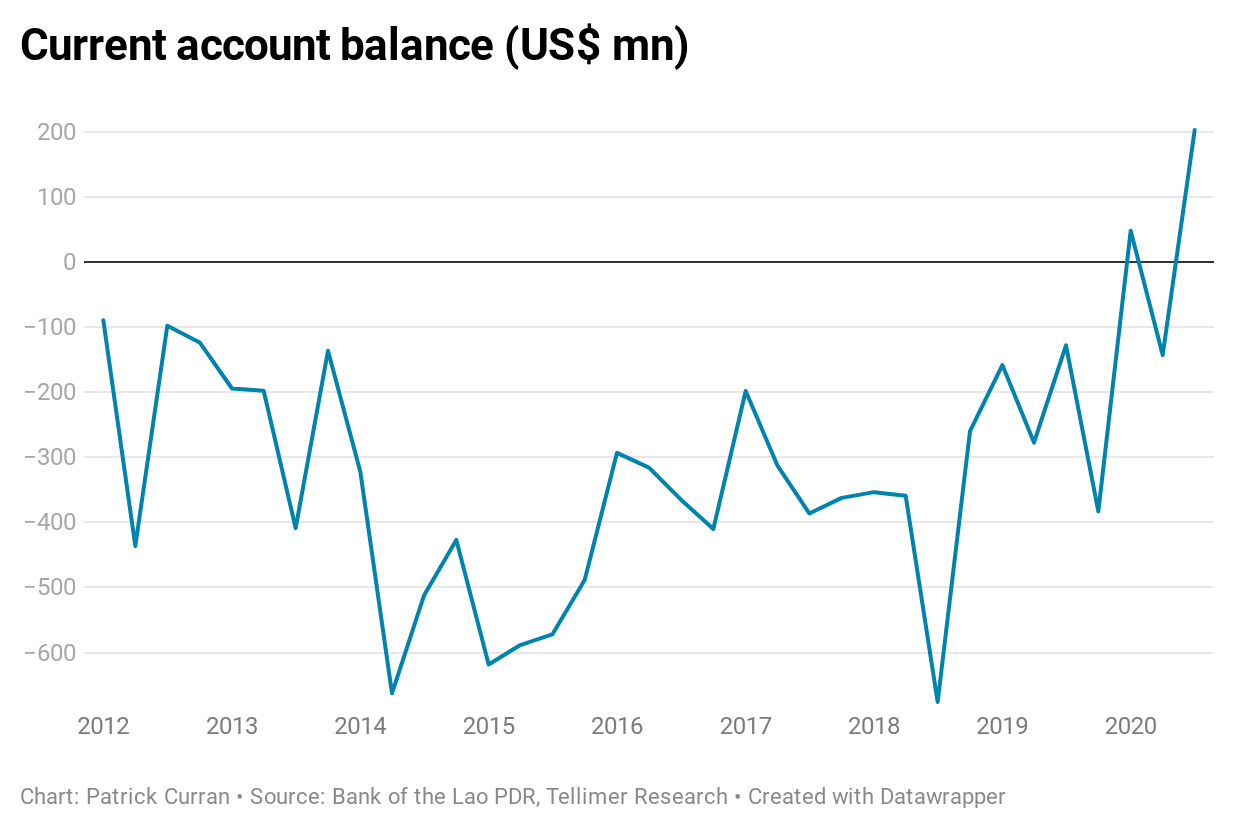 Further, with US$1.1bn of external debt payments due annually over the next four years (over 80% of reserves), refinancing the US$150mn eurobond will not materially ease Laos’ liquidity constraints, and bilateral debt relief from China or the DSSI may still be required to avoid a BOP crisis over the medium-term. 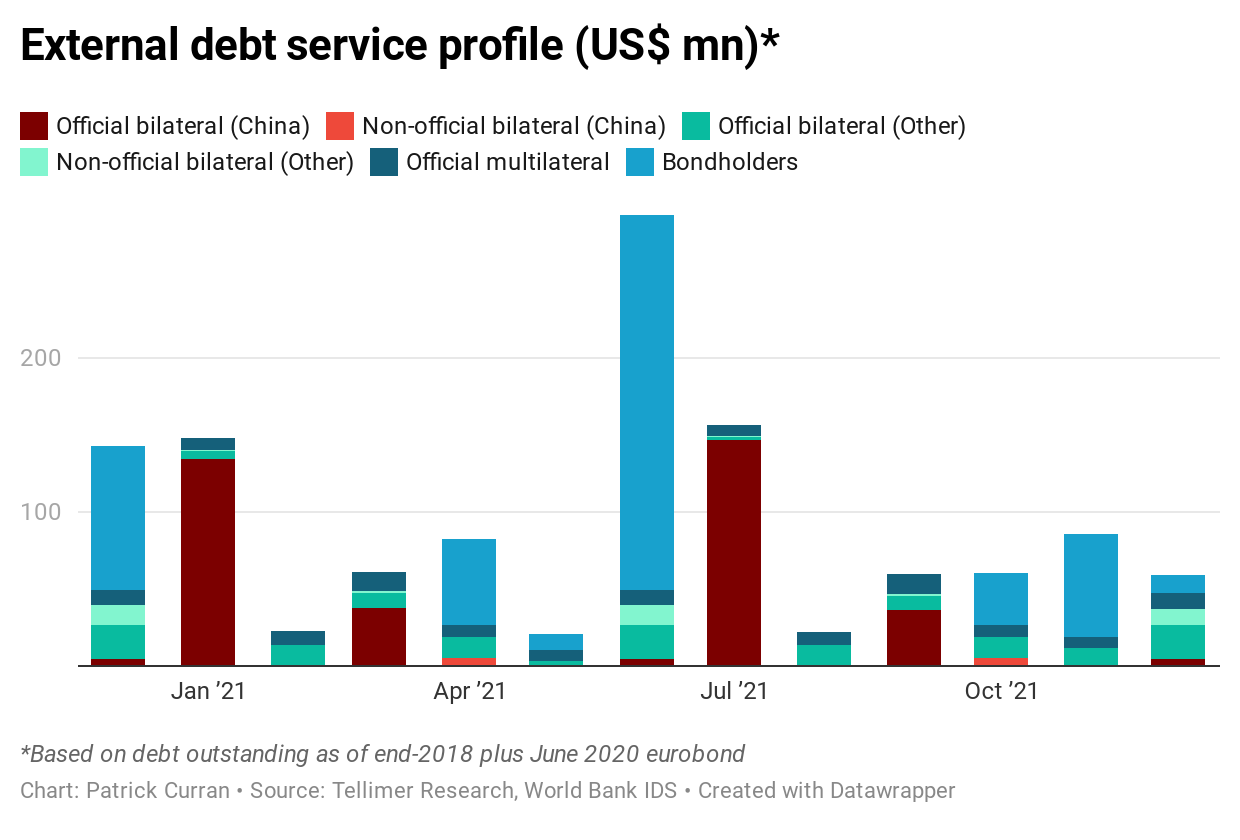 With all that in mind, it is far from a foregone conclusion that Laos will be able to successfully tap the market to refinance its June 2021 eurobond this year. Indeed, unless they can do so at a yield far below the prevailing level it would not be advisable. And retiring the 21s still might not preclude the need for further liquidity relief next year, which risks entangling any new eurobond issuance and will make it difficult to attract sufficient demand for a new issuance.

If Laos is able to refinance its 21s, there is a c24% upside to current pricing (assuming current quotes are accurate), but if its plans fall flat then prices could drop. We think on net the upside potential outweighs the downside, but acknowledge that it is unlikely that Laos will be able to issue at a low enough yield to make it attractive (or affordable, for that matter) and that, if Laos' refinancing efforts are viewed as credible, it is unlikely the bonds could be purchased at such a steep discount to the redemption price.

We maintain our Hold recommendation until further details become available.