For the third time since December, Laos is looking to issue a eurobond to refinance its existing obligations. It surely hopes that it will be third time lucky, having unsuccessfully marketed a six-year US$-denominated bond in December and a five-year bond in January. Both offerings were meant to be benchmark-sized (US$500m or above) with initial price guidance around 10%.

This time around, Laos is aiming to issue a five-year bond totalling at least US$300m and has organised a series of global investor calls on Monday and Tuesday to market the offering. Covenants reportedly include a requirement to hold quarterly investor calls and maintain at least two sovereign credit ratings, as they did during the previous offering.

And as before (and as legally mandated for issuances above US$150m), the proceeds will be used to refinance Laos’ existing US$150m eurobond, which matures on 30 June. The remainder will be used to pay hydropower project loans totalling roughly US$150m, with any excess issuance over US$300m used to pay Thai baht bonds maturing this year (which we estimate at cUS$165m).

However, as we highlighted in January, it is not at all clear the issuance will succeed. At the time its existing eurobond yielded around 50%, and that number has since risen to nearly 100% (with bonds quoted by StoneX at 78/82 on a mid-price basis, albeit subject to a high degree of uncertainty as a consequence of low liquidity and volatility given short time to maturity). While a successful issuance could reprice Laos’ FX-denominated obligations, current pricing does not seem to suggest that it will be able to attract sufficient demand at a low-double-digit yield. 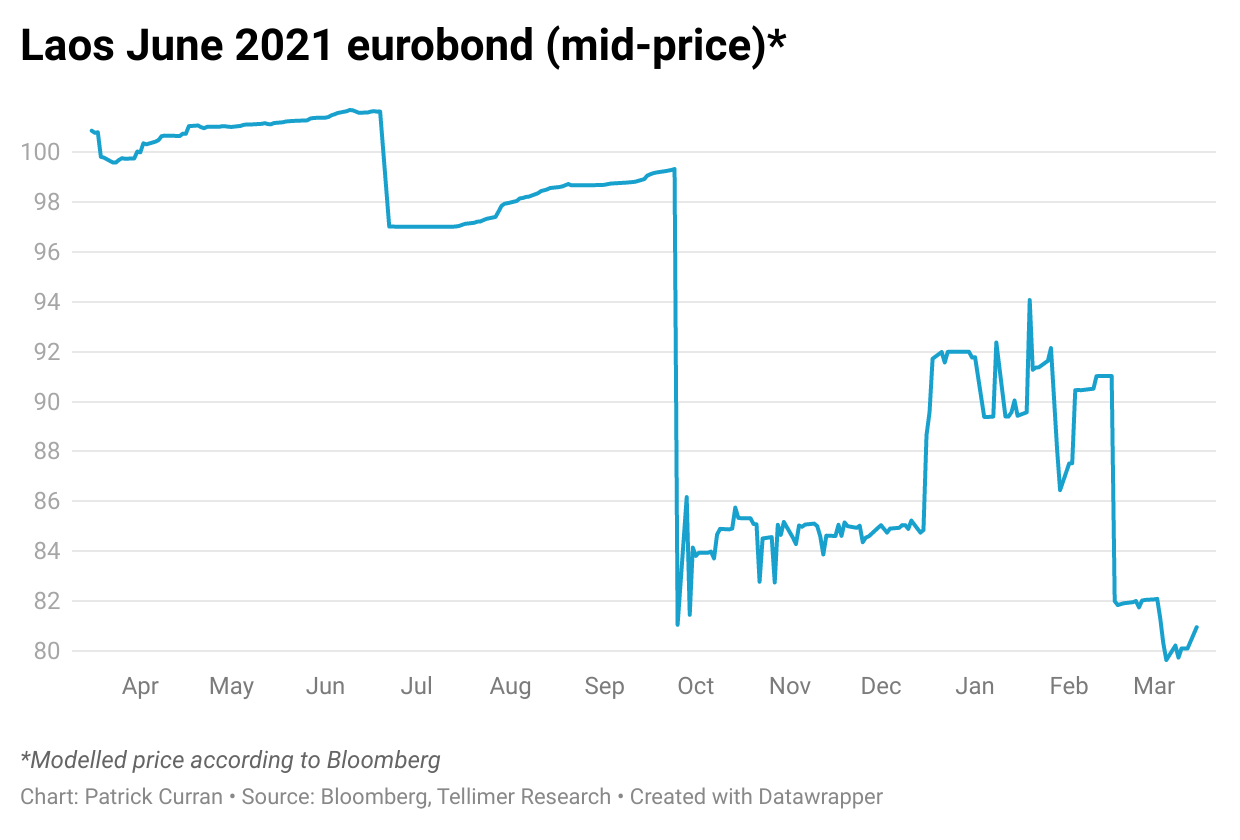 In our previous reports on Laos in January and September, we noted that Laos has several options to avoid default. While a successful refinancing exercise could enable Laos to pay its June eurobond maturity, external debt service of US$1.1bn annually over the next four years means that a more durable solution will eventually be required.

This could take the form of cashflow relief from the DSSI, funding and policy support from the IMF, or direct bilateral cashflow relief from China. Since we first published on Laos, there has been no evidence of progress on any of these fronts. So even if Laos is able to successfully refinance its eurobond this month, it will likely require further relief down the line.

Encouragingly, reserves have stabilised at around US$1.3bn since July after dipping to US$865m in June. While this is sufficient to pay off the US$150bn eurobond maturity in June, it is still worryingly low at less than 2.5 months of import and 120% of short-term external debt obligations. Without further BOP improvements or cashflow relief, Laos will likely be forced into default eventually. 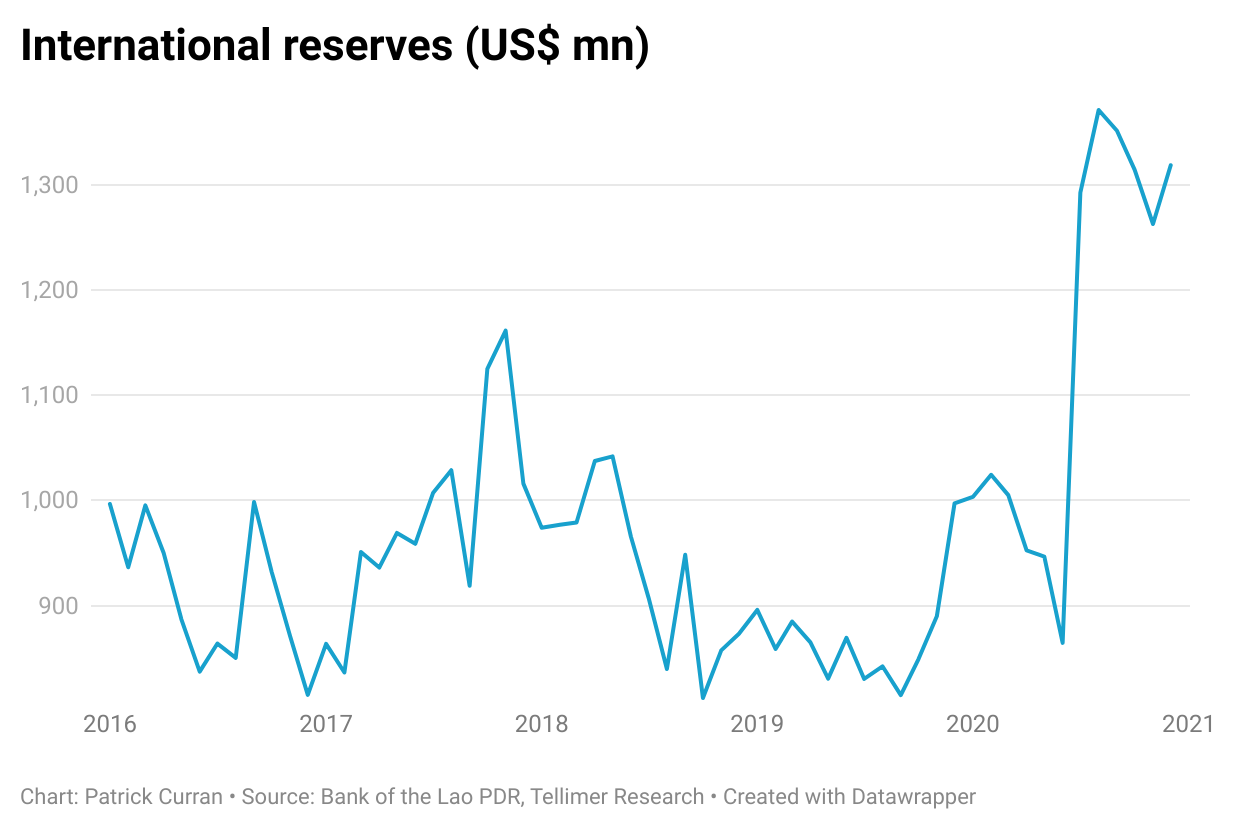 Against this backdrop, failure to secure financing to roll over its June eurobond could prompt Laos to default. However, at a mid-price of 80 cents on the dollar, there is clearly still a lot of upside if the refinancing exercise succeeds. Laos could also decide to pay its obligations out of reserves in the event of failure to buy more time to secure new financing or debt relief, although it may prefer to save the US$150m for something more worthwhile if it thinks default is inevitable.

We maintain our Hold recommendation on Laos ‘21s while we await the results of its latest offering. If Laos again fails to attract sufficient demand, we would assess the risk of default to be at a new high. However, risks remain relatively balanced based on current pricing.

Laos plans liability management exercise, but not clear it will succeed, 7 December