Kuwait's Emir is 90 years old and the state news agency KUNA confirmed that after a bout of poor health he is "in a good condition now". The local equity index fell 1.5% on the day of this news (18 August).

Sheikh Sabah al-Ahmad al-Jaber al-Sabah has ruled since January 2006. The crown prince, Sheikh Nawaf Al-Ahmad Al-Jaber Al-Sabah, is 82 years old. The Emir is the second oldest leader in the frontier and emerging markets we track for succession risk.

There is a constitutional process for handling succession, but associated risk should be taken seriously because of three factors:

(1) mainly on the back of foreign inflows related to FTSE and MSCI EM index inclusion, Kuwait equities, measured by MSCI Kuwait, have rallied 29% ytd, versus 3% for EM and 8% for FEM, and are now on trailing PB of 2.0x (12% ROE), which is over a 30% premium to the 5-year median (EM and FEM are on 5% discounts) – arguably sensitivity to any negative news is high;

(2) Kuwait's parliament remains a fractious one and in the event it is called upon to approve any new appointments this may bring those divisions to the surface; and

(3) As with all of its GCC oil exporter peers, Kuwait is in the midst of a multi-year effort to diversify away from oil dependence, shrink the size of the public sector and reduce reliance on expatriate labour, but its efforts in these areas arguably need strong leadership given the history of obstructionist politics in Parliament (slow implementation or full-blown revision of public sector project plans and contract awards, paralyzing scrutiny of cabinet members) and a citizen population that is used to high levels of welfare and resistant to fiscal change (oil reserves per citizen are 82k, versus 13k in Saudi, and sovereign wealth reserves per citizen are US$375k, versus US$27k in Saudi).

Emir nomination, parliamentary approval and the two branches of the royal family

The Emir is nominated by a council of royal family members but the Kuwait parliament has the right of approval (or disapproval). Parliament is made up of 50 elected MPs and has a history of fractious, obstructionist and populist politics. Parliament has been dissolved seven times since 2006. The most recent election in November 2016 resulted in about half of MPs belonging to a disparate opposition.

(2) the Emir’s appointed Cabinet (which requires no more than one elected MP among its members);

(3) the popularly elected, unicameral Parliament (which can question cabinet ministers and hold a no-confidence vote and whose approval is required for the appointment of the Emir and Crown Prince); and

(4) the independent Constitutional Court (which can dissolve Parliament). 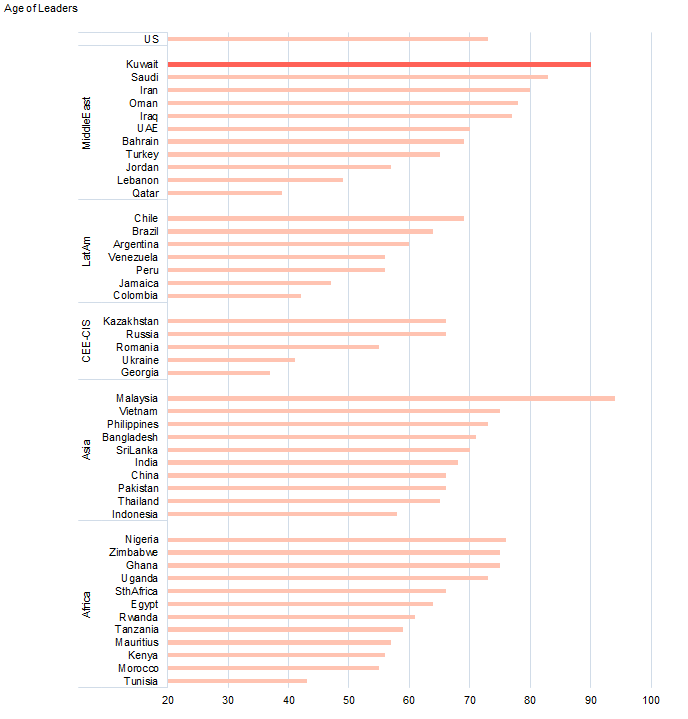 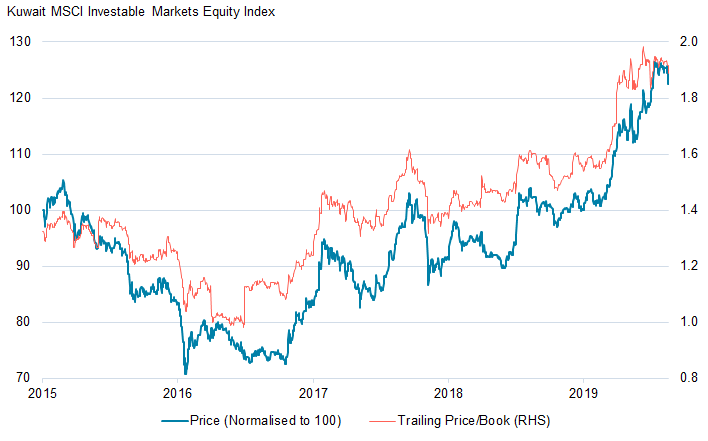