Kuwait's newly elected Parliament has its work cut out amid double-digit fiscal deficits. But there is unlikely to be any greater unity among MPs or harmony between elected MPs and Emiri-appointed Cabinet members in this Parliament than in any of its recent predecessors.

The funds inflow fuss of the inclusion of Kuwait equities in mainstream EM benchmark indices (eg with a c50bp weight in MSCI EM) has now finally passed. Large-cap Kuwait stocks, represented by MSCI Kuwait, are on an unappealing trailing PB of 1.8x (a 10% premium to the 5-year median) for merely 8% ROE. 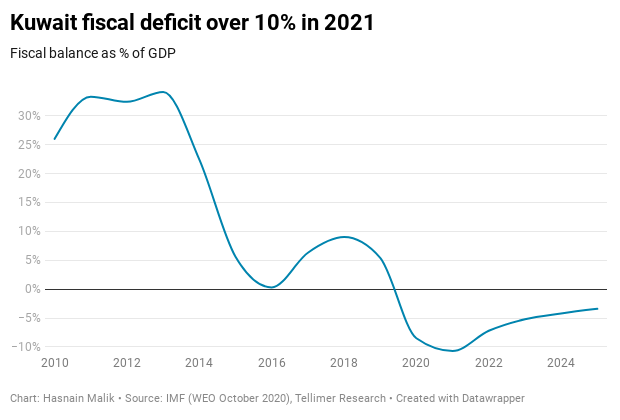 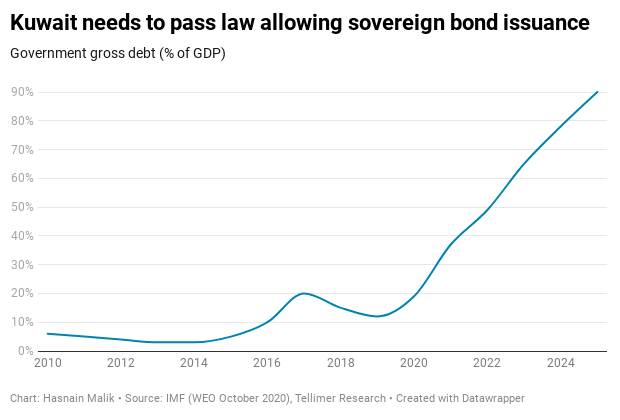 The priorities of the newly elected Parliament in Kuwait should include the following:

However, MPs are more likely to persist in the populist obstructionism to any meaningful programme of austerity, should oil prices remain relatively low, or project spend, should oil prices go back to levels well above fiscal breakeven. This is because of three structural factors:

GCC blockade 3 years on: Qatar is best for those who doubt the GCC can diversify (June 2020)