Two years ago, Kenya's government issued a directive that all SIM cards should be registered with the biodata of their owners. However, compliance has been low and, in some cases, the mobile network operators (MNOs) have not collected the necessary data. According to the Communications Authority, Safaricom has reported 67% compliance, Airtel Kenya 55% and Telkom Kenya 33%.

Because of this, a six-month extension has been granted for subscribers to complete their SIM registrations – before they are disconnected. We recently discussed a similar issue in Nigeria and the potential impact on local telcos. In this report, we give our thoughts on what might be the outcome in Kenya, and the implications for investors.

Why is SIM registration becoming topical in African countries?

Nigeria has been engaged in a SIM registration drive for over a year to increase the number of Nigerians with a national identification number (NIN) and to make sure every mobile phone is linked with one. According to the government, the goal has been to combat the increasing insecurity problems in the country. Last year, Ghana’s Ministry of Communications and Digitalization also kicked off a SIM re-registration exercise, saying it hoped to reduce fraud and other criminal activities. Kenya's stated motivations are very similar.

Taking a step back, our view is that the lack of a comprehensive central database in all these countries is the true reason for the SIM registration drives. In Nigeria, it has been possible to exist without proper official records, and official databases like drivers’ licenses, bank verification numbers (BVN) and voter’s cards were unsynchronised. SIM registration seems like an effective way to record a significant portion of the population, given that mobile penetration is on the rise and a large portion of adults now have mobile phones (c80% in Nigeria). 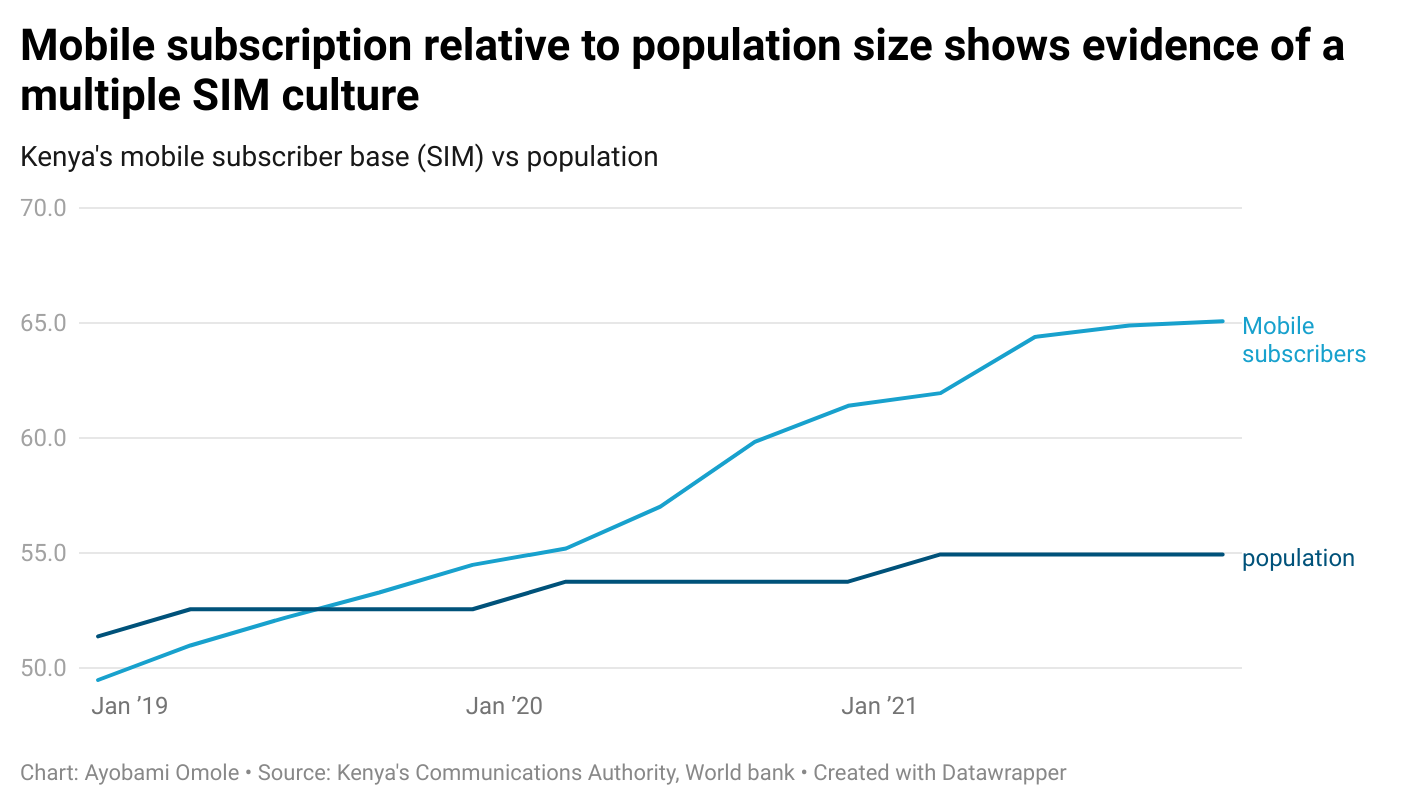 How will this play out for Kenyan telcos?

Although the exercise has obvious benefits for the authorities, the threat to cut off unregistered SIM cards represents a risk to MNOs’ revenue generation and profitability. We highlight some likely scenarios and implications for Kenyan MNOs:

Ultimately, we believe the disconnection threat remains a low risk and it is too early to know the full likely impact on MNOs, given the six-month extension. In Nigeria, SIMs declined by 10% during the registration process and an additional 72mn SIMs have been banned from making outgoing calls.

Prior to the ban, the decline in the mobile subscription base did not affect the revenue or profits of listed MNOs. We suspect the reason for this was the consolidation of mobile activity, which we have highlighted as a possible response in Kenya.