Kenya is facing fuel shortages, like Nigeria did a few weeks ago. In Kenya's case, the shortages can be attributed to the government failing to pay oil subsidies to oil marketing companies (OMCs). The amount due is reportedly KES13bn (US$113mn).

The subsidies were introduced in April 2021 when the government looked to dilute the impact of rising global oil prices on inflation. The government tried removing the subsidies in September but was forced to backtrack the following month, in light of public outrage.

Under the subsidy system, petrol, diesel and kerosene prices are fixed at KES134.72, KES115.60 and KES103.54, respectively, for the March-April period. This compares with market prices of KES155.11, KES143.16 and KES130.44. The government was forced to increase the March-April prices for petrol and diesel by KES5 each, after global oil prices spiked to above US$100/barrel due to the repercussions of Russia's war in Ukraine. 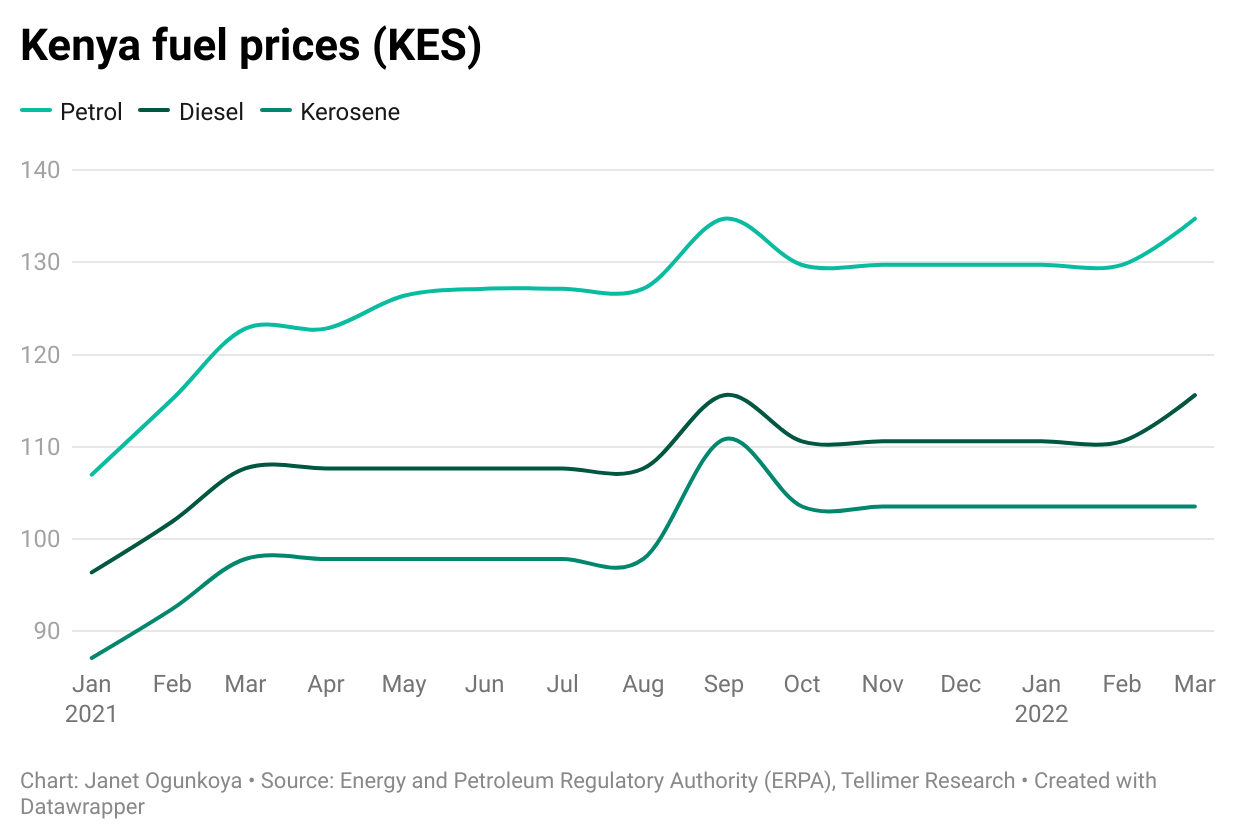 The government is looking to settle the outstanding subsdies this week, having recently secured a KES35bn supplementary budget aimed at funding the subsidy program. Ideally, the subsidies should be financed by money in the Petroleum Development Fund (PDF), into which the petroleum development levy (which increased to KES5.40 a litre in July 2020, from KES0.40). However, the fund has been a cause of controversy since the government reported that it had been used to finance petroleum infrastructure instead.

Upon settlement, the OMCs' cash flow should improve and the shortages (which the government describes as "artificial", given the availability of fuel in reservoirs) should end. According to the Energy and Petroleum Regulatory Authority (ERPA), as of 1 April, the country still had 80,766 cubic metres of petrol – enough to last nine days – and 217,570 cubic metres of diesel, sufficient for 22 days.

How sustainable are the subsidies?

Since the introduction of the subsidies in April 2021, the government has spent KHS36bn (US$313mn) lowering fuel pump prices.

As with the case in Nigeria, these subsidies are increasingly unsustainable for the Kenyan government. However, the impact of rising inflation and the resultant squeeze on consumers' wallets is forcing the authorities' hand. Although it has been argued that the subsidies tend to favour the rich (who consume the bulk of subsidised fuels) more than the poor, the need for the subsidies is growing as global oil prices remain high.

Looking at the bigger picture, Kenya has a number of projects in the works to boost hydrocarbons and renewables – which, in fact, is a striking trend across East African countries, including Mozambique, Tanzania and Uganda.

In the hydrocarbons space, Kenya is exploring opportunities in offshore oil production with Tullow Oil and Eni, although this project has faced some delays.

In renewables, Kenya is making impressive progress with the contribution of geothermal to its power sector. In 2021, geothermal power comprised 29% of total installed power capacity, up from 14% in 2013, and it also makes up 41% of Kenya's total energy mix. This has contributed to the higher power generation capacity overall and improved the access of Kenyans to power from 23% in 2012 to 78% in 2021.

Kenya's Electricity Generating Company (KenGen) has a US$2bn plan to double geothermal power by 2025. And KenGen is also exporting its expertise, planning geothermal projects in neighbouring countries, such as the Democratic Republic of Congo, Djibouti, Ethiopia and Rwanda. 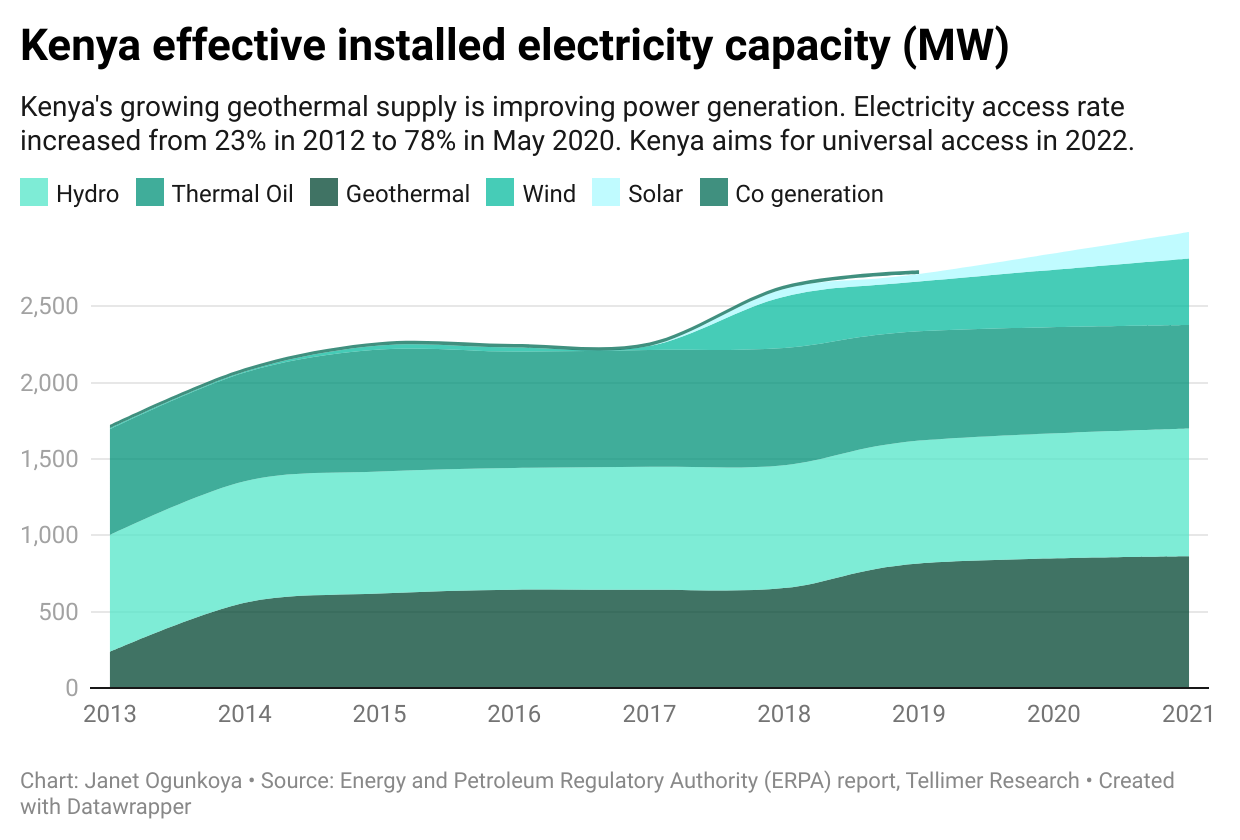