Kenya's central bank held its key interest rate at 7.0% yesterday, noting stable inflation, an improving economic environment and stability in the banking sector. We were also expecting some details on whether the freeze on listing loan defaulters with credit reference bureaus (CRB) — which ends today — would be extended (similar to the extension of fees waiver on e-payments), but nothing was mentioned. As a result, we expect some upcoming challenges in the banking sector which we discuss below.

Meanwhile, industry NPL ratio ticked up to 13.6% in August versus 13.1% in June, with notable weakness in the real estate, personal household and transport segments. The small rise in NPLs should be taken with a pinch of salt, in our view, as these mainly relate to loans that were already under strain prior to March 2020 (ie before the pandemic hit). Those balances under strain after March have been restructured and the defaulters have not been listed with credit reference bureaus. So far, 38% of loans have been restructured as at end-August 2020. We believe the restructured loan figures present a more accurate bank asset quality picture; these exposures could be classified as non-performing should they remain stressed after the restructuring grace period ends (March 2021).

Freeze on defaulters listing to end, negative for banks

In April 2020, the National Treasury published a gazette notice suspending the listing of negative credit information for borrowers with non-performing loans from 1 April 2020. Loans that fell in arrears between 1 April 2020 to 30 September 2020 were therefore not recorded with CRBs. Given this period has now lapsed, we expect some upcoming challenges in the banking sector:

In the real estate segment, about 18% of loans issued in the sector have been restructured. We believe these loans are unlikely to recover in the near term even as the economy picks up with homes priced out of the reach of most Kenyans and office space facing much lower demand due to downsizing. Retail and commercial spaces are also struggling to attract demand due to oversupply in the key market segments. 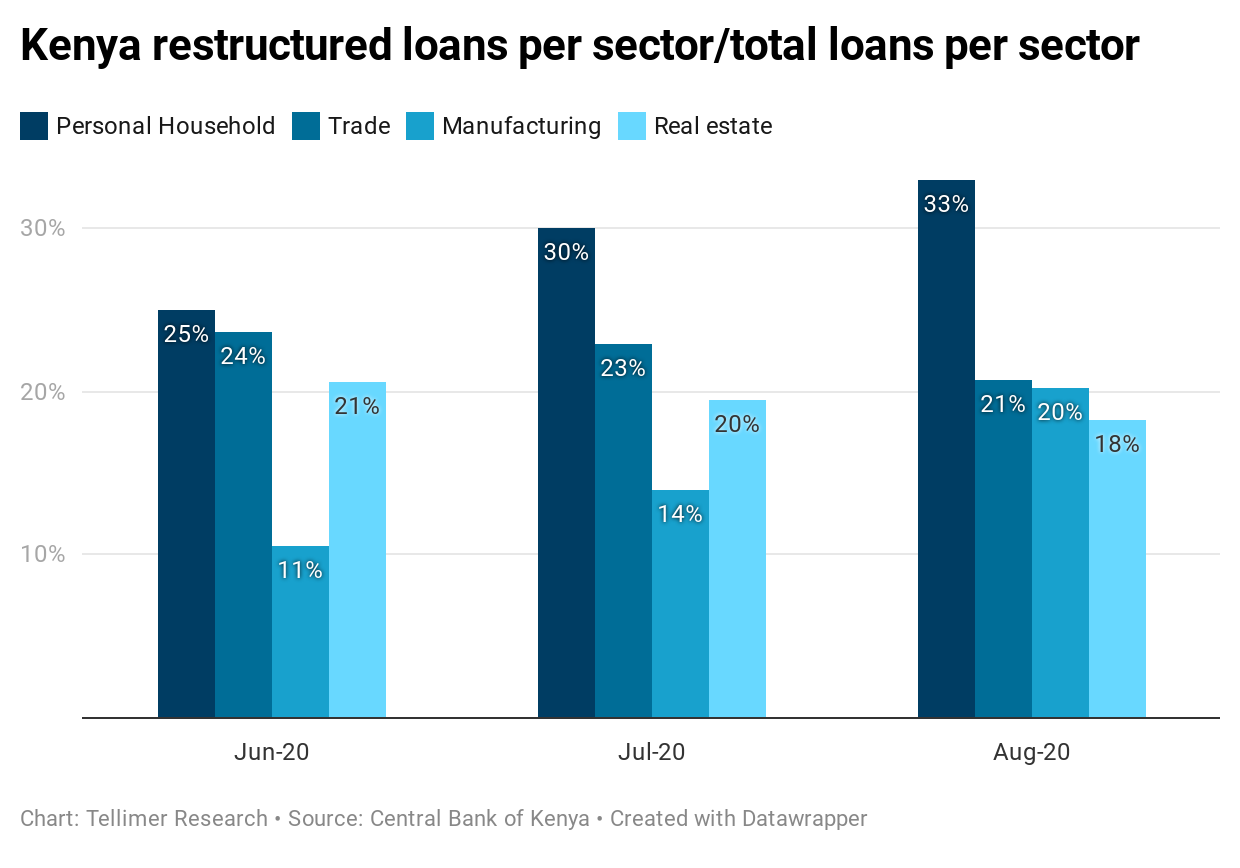