Digital payment transactions jumped by 28% yoy to hit a record KES474bn (cUS$4.4bn) in August, according to data from the Central Bank of Kenya. With the central bank having banned fees on digital payments (mobile money) in a bid to stimulate the Covid-stricken economy, mobile transactions increased by 30% between March and August. The key driver of this growth was the spike in larger transactions. 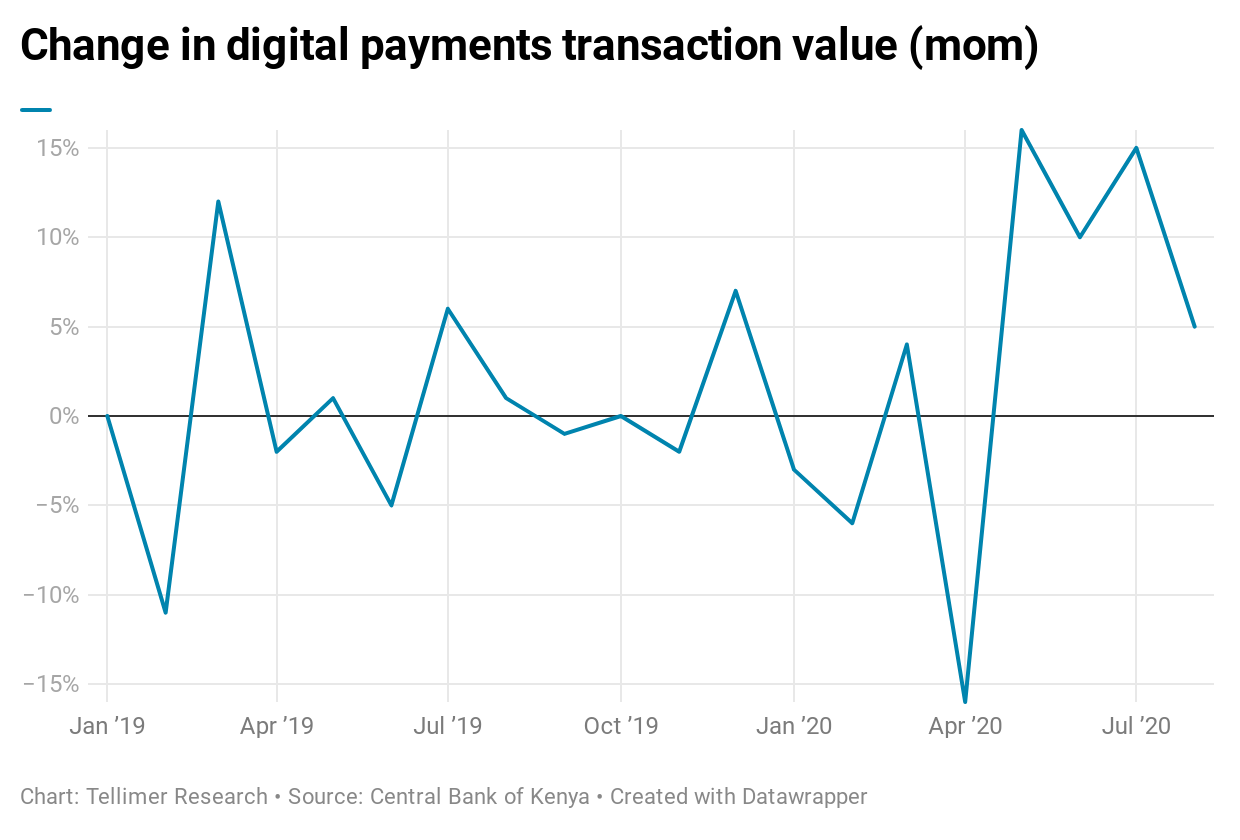 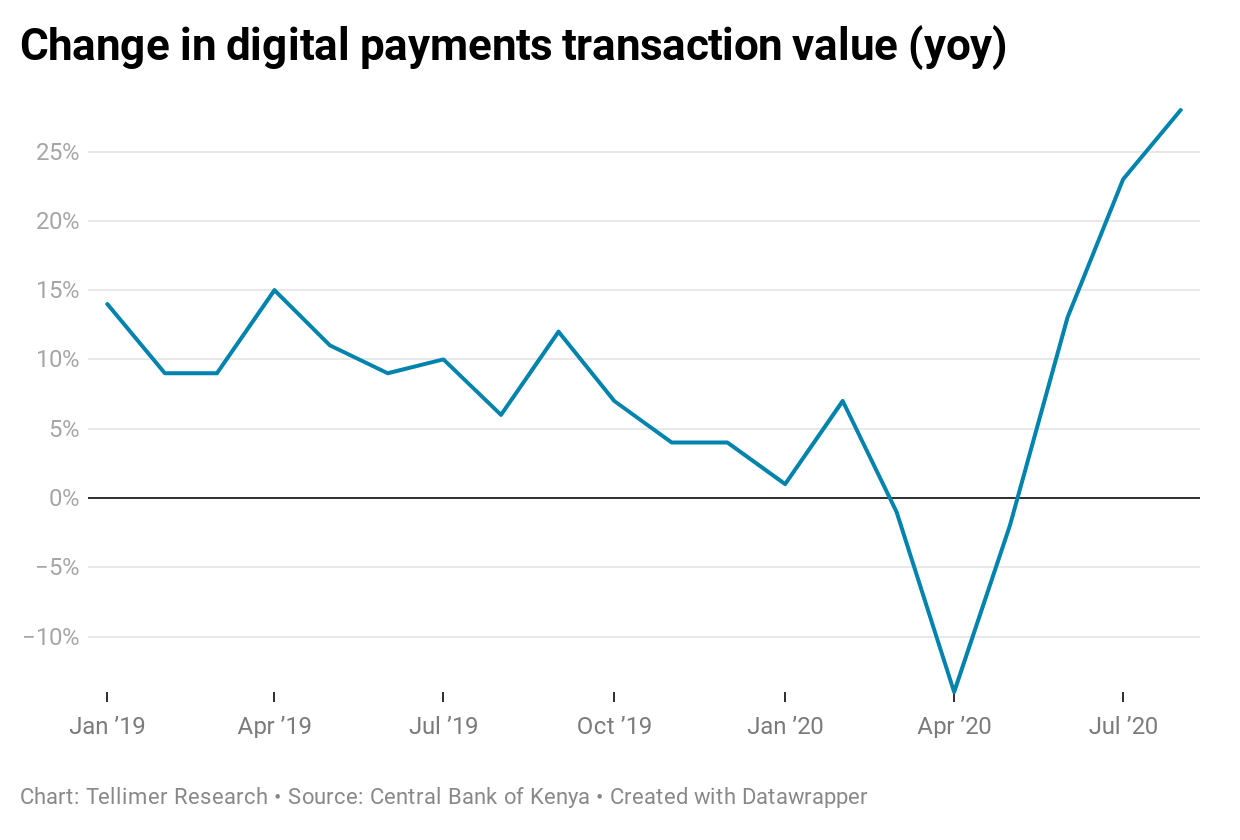 In the event of the central bank lifting the fee waiver, we expect banks and Safaricom to record higher revenues from fee and commission income.