On 15 February, the IMF and Kenyan authorities reached a staff-level agreement on a 38-month, US$2.4bn program under the extended fund facility (EFF) and extended credit facility (ECF) arrangements. The full staff report has not yet been published, while the program still awaits formal Board approval (it is unlikely that the staff-level approval would be published without assurances that the Board will follow, but recent delays in Iraq show that it isn’t totally out of the question).

The news has provided some relief to Kenyan eurobonds, which have sold off marginally in recent weeks alongside the broader EMBI Africa complex. 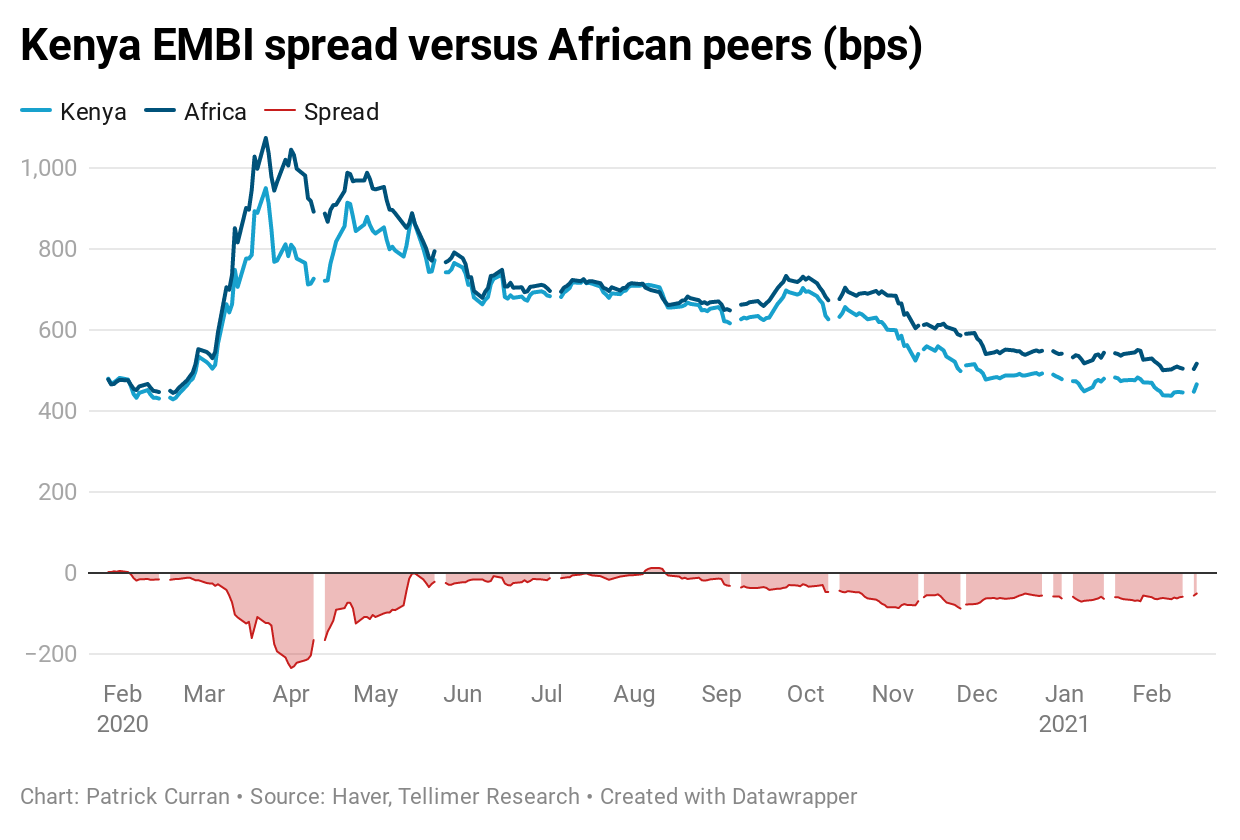 The press release points to projected GDP growth of 7.6% in 2021 after a 0.1% contraction in 2020 (compared with Treasury estimates of +6.4% and +0.6%, respectively). The program “aims at reducing debt vulnerabilities through a multi-year fiscal consolidation effort, centred on raising tax revenues and tight control of spending, which would safeguard resources to protect vulnerable groups.”

Other priorities include advancing “the structural reform and governance agenda, including by addressing weaknesses in some SOEs and ongoing efforts to strengthen transparency and accountability through the anti-corruption framework” and strengthening “the monetary policy framework and support financial stability.”

The program comes at a fortuitous time, with foreign reserves falling to US$7.64bn (4.7 months of imports) as of 11 February from a peak of US$9.72bn in early July. Kenya’s current account narrowed from 5.8% to 4.8% of GDP in 2020 amid lower oil imports, strong agricultural exports and remittances, but the Central Bank of Kenya (CBK) expects it to widen marginally to 5.1% of GDP in 2021. Despite the current account improvement, however, a weak funding backdrop has weighed on reserves. 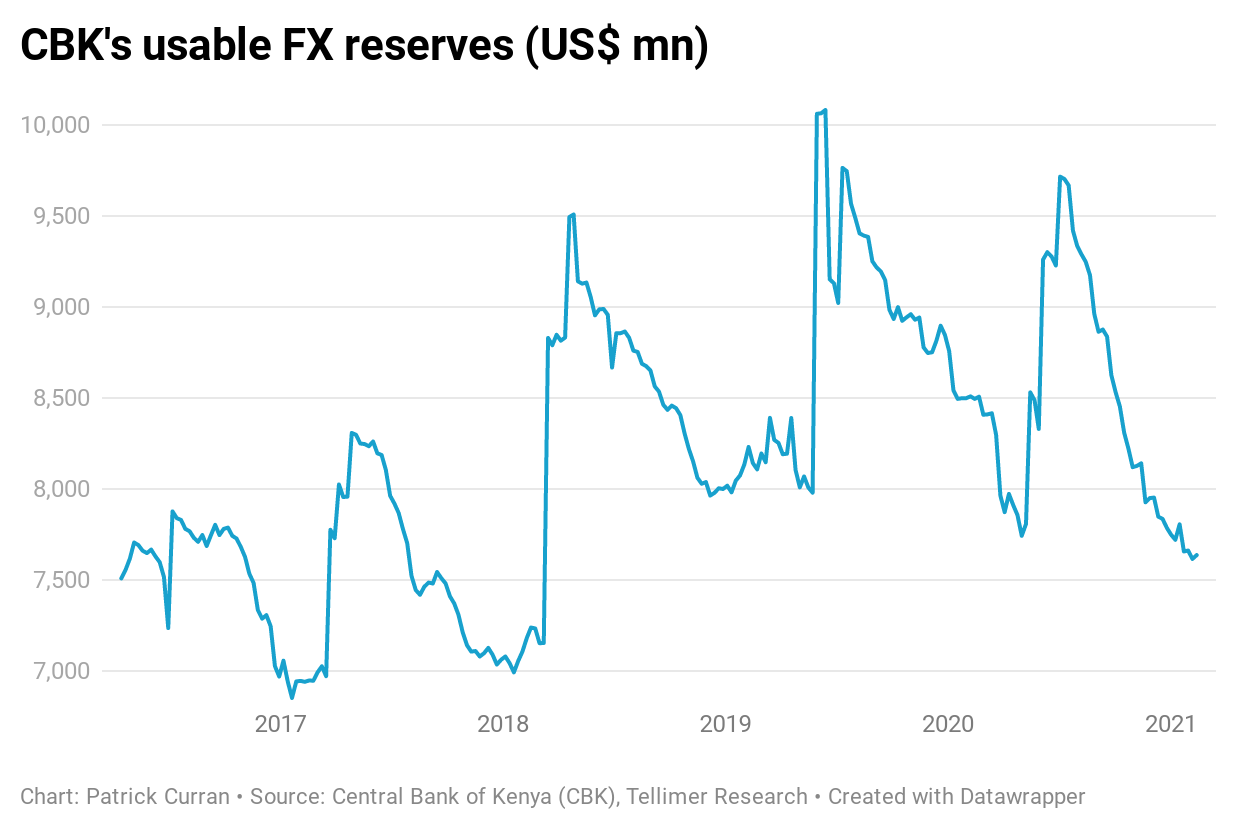 Subscribe to Tellimer Insights Pro for the full in-depth analysis.