The Central Bank of Kenya announced that it will not be extending the regulations allowing restructuring of loans. The allowance to restructure was implemented in March 2020 and it allowed banks to save on capital as some borrowers facing weakness could be extended moratoriums and restructured loans which reduced the need to make loan loss provisions for them.

The end of this allowance was expected, in our view. On the downside, we expect NPLs to tick up as from Q2 21, driven by restructured loans being classified regularly and weak asset quality from a weaker economic environment.

Backdating the regulation, as from 2 March 2021, banks are expected to resume standard procedures for loan classification. Borrowers whose loans were performing before 2 March 2020 but were restructured and subsequently went into arrears, will have three months (up to 3 June 2021) to regularise their loans.

In the regulators’ recent briefing, the Central Bank Governor noted that with the new Covid lockdown in place in Kenya, the regulator has not completely ruled out reinstating the Covid relief measures. In the regulator’s view, the present lockdown is less stringent than the one the country had in 2020, with the President creating wider blocks of counties within which movement is allowed. As such, the impact on private sector activity is expected to be more selective, rather than widespread. 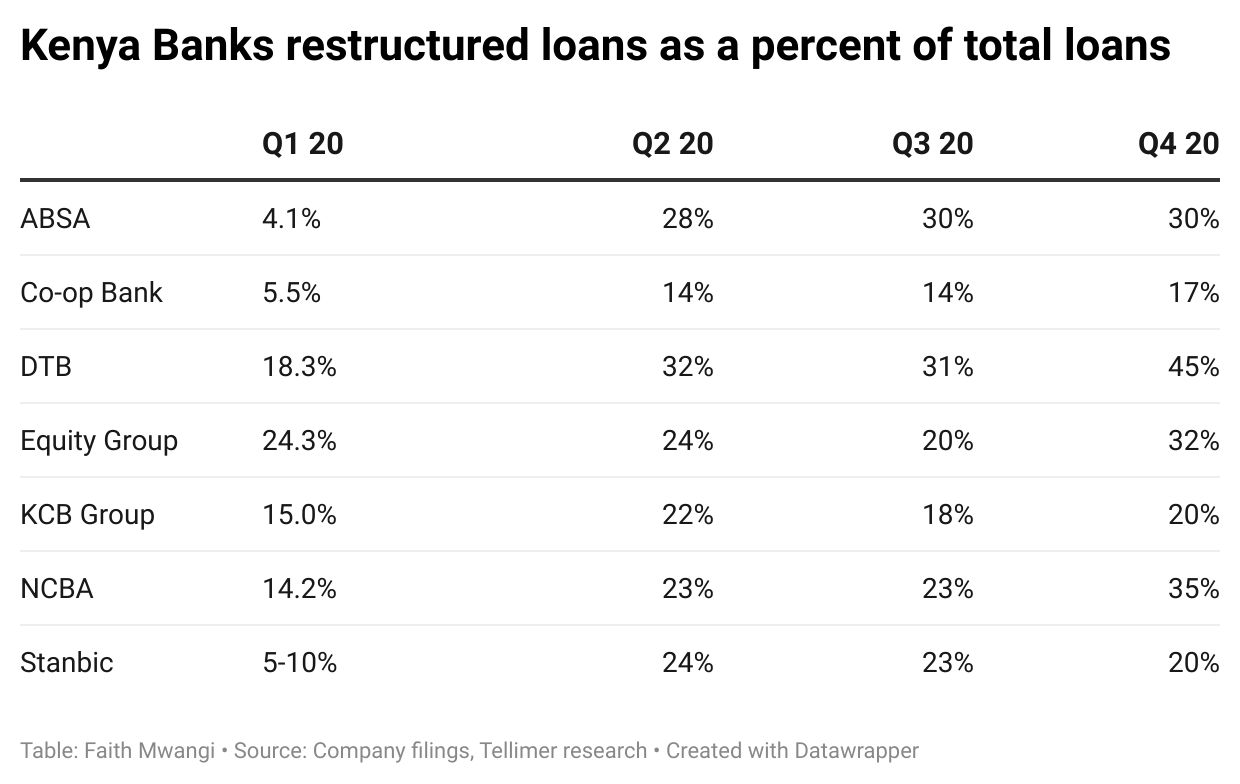 Central Bank of Kenya estimates NPL ratios to peak at 16% in June 2021, a better outcome than the 17% the regulator had estimated earlier. NPL ratio as of February was 14.7% with gross NPLs net of provisions as a percent of gross loans standing at 5.8% as of February 2021.

We believe the central bank is unlikely to extend these measures because:

With that in mind, while the outlook for the banking sector still remains unclear as different banks handle the restructured loans differently, we expect the following outcomes: