According to the Central Bank of Kenya, the industry NPL ratio declined marginally from 14.5% in February to 14.2% in April. This came as a surprise as the regulator had earlier noted they expect an increasing trend in the NPL ratio with a peak of 16% in June.

We view the improvement with cautious optimism as we expect the month-long lockdown in Q1 to have a negative impact running into Q2. According to the regulator, there were notable repayments and recoveries in transport and communication, real estate, tourism, restaurants and hotels. 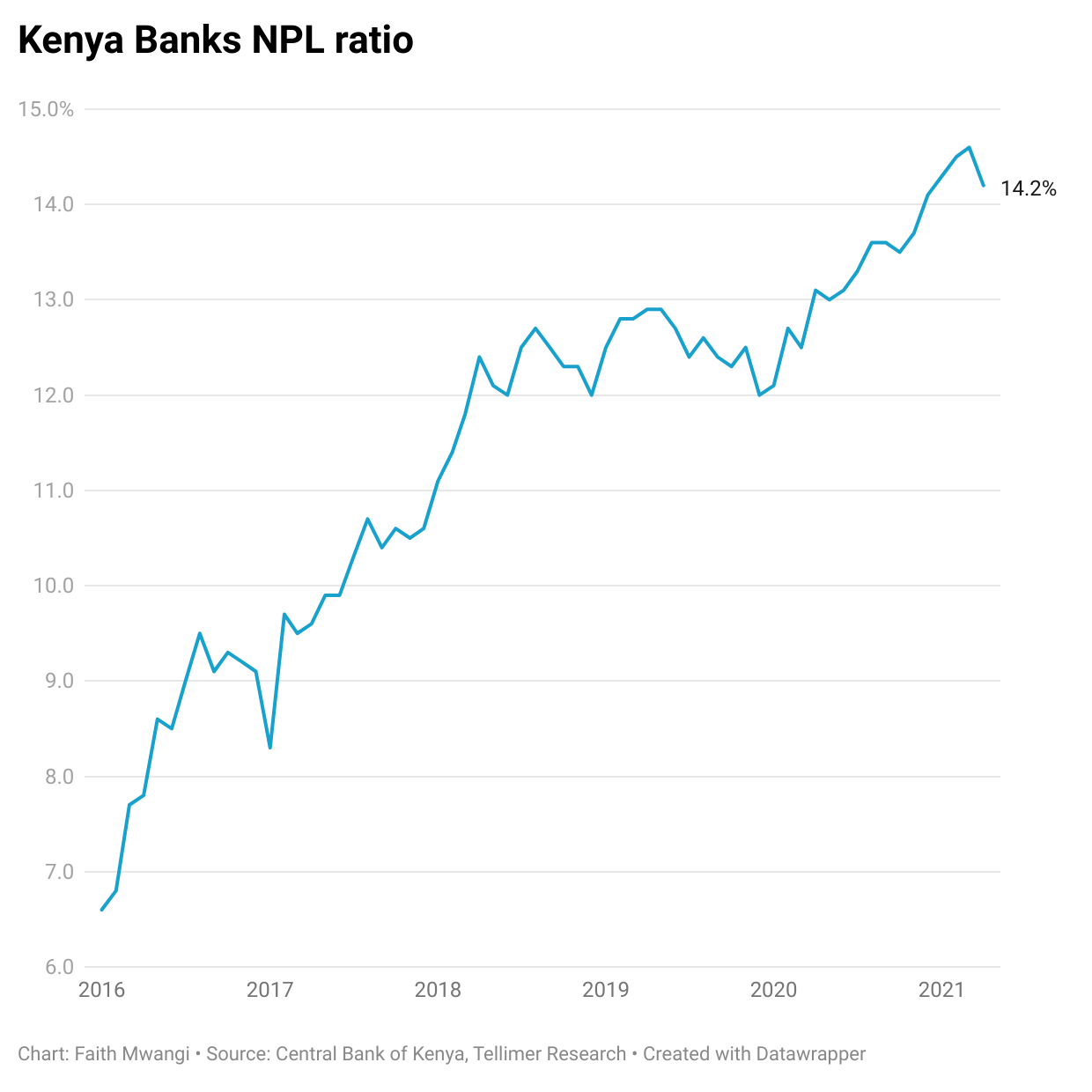 Private sector credit growth was boosted by transport and communication (13.3% yoy growth), agriculture (+10% yoy) and consumer durables (+19% yoy). The acceleration in private sector credit growth was observed despite an increase in the volume of repayments in March and April, showing underlying growth was strong. The regulator noted that loan applications had started picking up in May, pointing to expected higher loan growth in Q2 20.

According to private-sector surveys carried out by the bank, optimism remains high on the back of vaccine rollout, easing of containment measures, favourable weather conditions and prospects for improved exports to the East Africa Region. Following the death of Tanzania’s former president, John Magufuli, the new president, Samia Suluhu has already made a visit to Kenya with trade agreements being renewed and renegotiated between the two countries. During the reign of president Magufuli, Kenya had a strained trade relationship with Tanzania and President Samia’s visit may serve to show the beginning of a partnership between the two countries and increased cross-border trade. 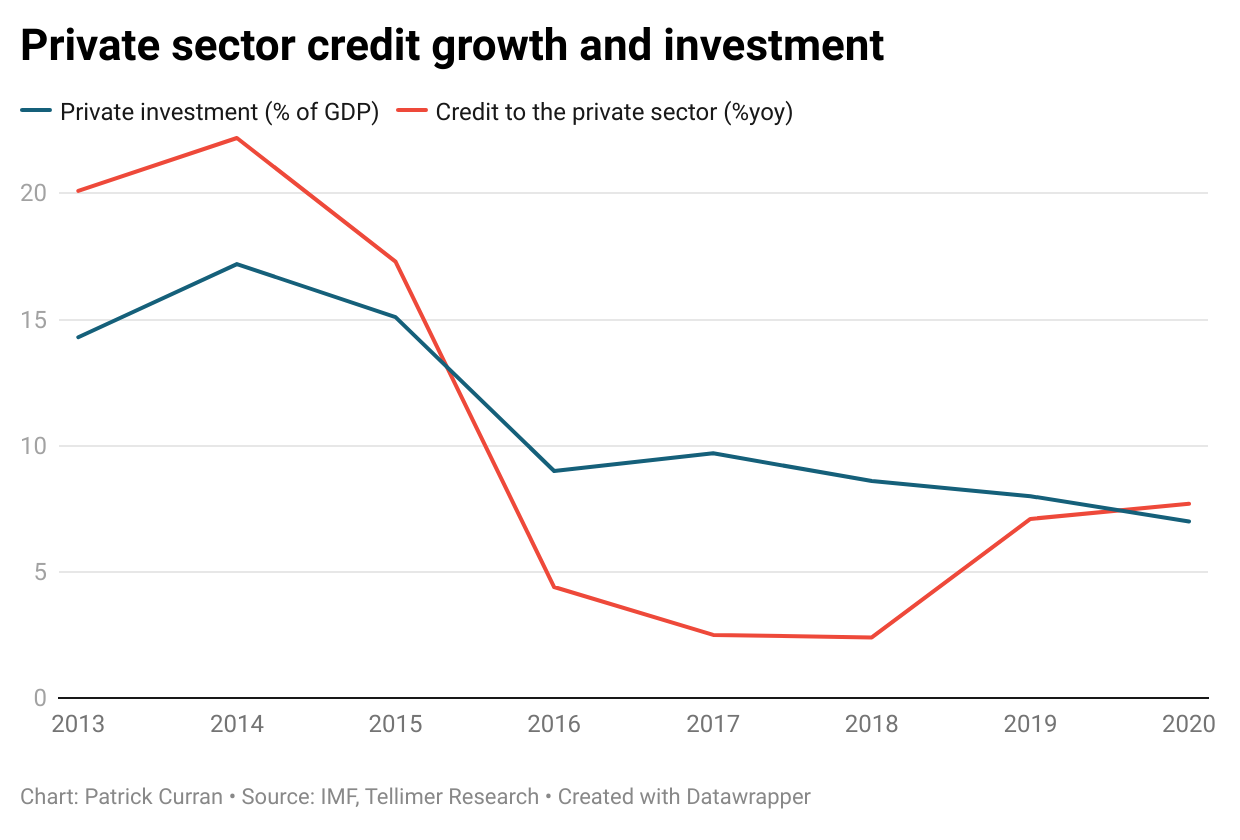 Current account deficit is at 5.2% and is expected to widen in the medium term

The regulator noted the current account deficit stood at 5.2% and projects this to remain at these levels for FY 21. This was supported by 5.5% growth in export of goods and a recovery in remittances. The IMF expects the current account deficit to widen to 5.6% in the medium term, with risk mainly associated with the 2024 Eurobond maturity and increased import demands. Foreign exchange reserves are currently at US$7.4bn, about 4.55 months cover, which the regulator considers adequate to withstand shocks in the market. 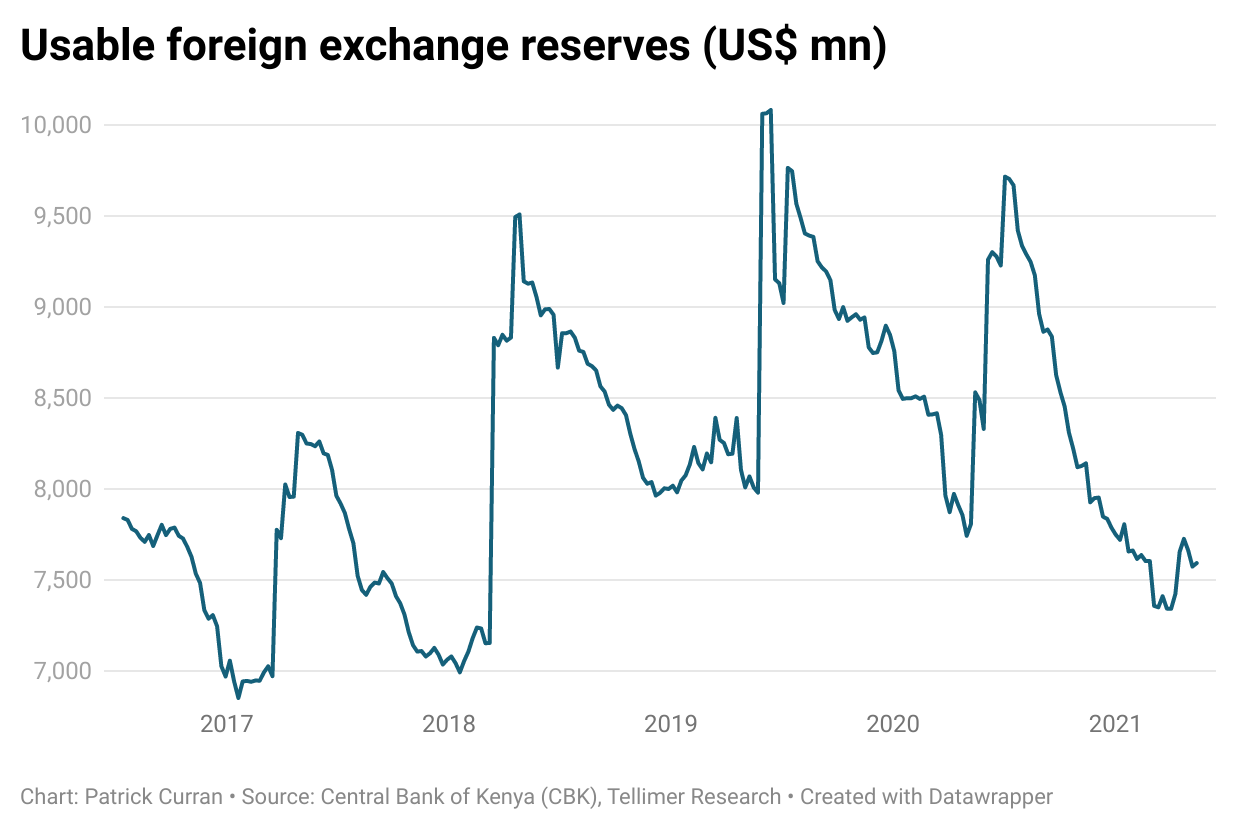