Kazakhstan: Succession risk could spoil its appeal among oil peers

The bubbling to the surface of political succession risk is significant but not, at this stage, sufficient to change our positive view on Kazakhstan, relative to other oil exporters (all of whom are struggling with the political and economic fallout from low oil revenues and Covid-19).

Five events in recent months point in this direction:

(1) 2 May 2020: President Tokayev removes Head of Senate Nazarbayeva (a position from which she could have succeeded to the presidency).

(3) 15 April: Constitutional Council discloses it is considering a petition submitted by Head of Senate Nazarbayeva for clarity on the sovereign powers conferred on parliament (presumably, as opposed to the president) by the constitution.

(4) 9-21 October 2019: President Tokayev concedes the power of veto over all senior government and security agency appointments (except the ministerial heads of defence, foreign affairs, and internal affairs), to former President Nazarbayev (now head of the Security Council).

In March 2019, after almost three decades of rule under Nazarbayev, within a notionally democratic political system where he dominated all elections and executive power, Tokayev was seemingly appointed as a hand-picked successor for president, while Nazarbayev retained significant powers behind the scenes and his daughter was elected to the leadership of the Senate, a role that could facilitate her ultimate succession.

In other words, it appeared that a balance had been achieved between the following factors:

(1) Mitigate the risk of disorderly succession should Nazarbayev's health fail;

(2) Allow space for the more proactive style of Tokayev to implement reform and maintain social cohesion; yet

(3) Retain powers within the Nazarbayev family, with Nazarbayev as an "eminence grise" and Nazarbayeva a next-generation, dynastic succession candidate). 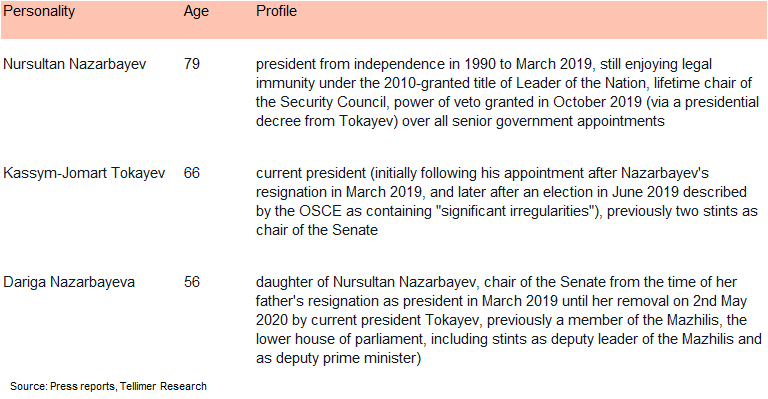 Kazakhstan has been one of our favourite oil-exporter equity markets for the following reasons:

(1) FX rate risk for equity investors is relatively low – external debt to GDP is about 85% and the current account deficit will average 6% over 2020-21, according to IMF forecasts. But almost all external debt is long-term, sovereign wealth (albeit much of it is not liquid) almost offsets all external debt (using data from Bloomberg and SWI), FX reserves import cover is 4 months, the real effective exchange rate is 5% below the 10-year median. Furthermore, for equity investors, the largest stocks (Halyk Bank, KazAtomProm the uranium producer, and Kaz Minerals) trade on the London Stock Exchange (which means that the sort of trapped capital risks which afflict Nigeria are much less applicable in Kazakhstan).

(3) Supportive geopolitics – Kazakhstan is a rare example in small emerging markets of a country which enjoys constructive relations with the US, China, Russia and the EU.

(4) Structural repair and reform – following the 2015-16 FX crisis, legacy problem assets in the banking sector have been worked through, fiscal deficits turned to surpluses, sovereign wealth buffers have been rebuilt, inflation targeting and FX flexibility has been introduced (eg KZT has depreciated 10% ytd, a release valve not available to the GCC), a privatisation programme (albeit with delays) is underway, and Kazakhstan is an important piece in China's BRI build-out of supply-chain infrastructure.

(5) Domestic politics orderly (until recently) – the managed succession of 2019 appeared to reduce risks around political transition, but recent events now call this part of the investment case into question. 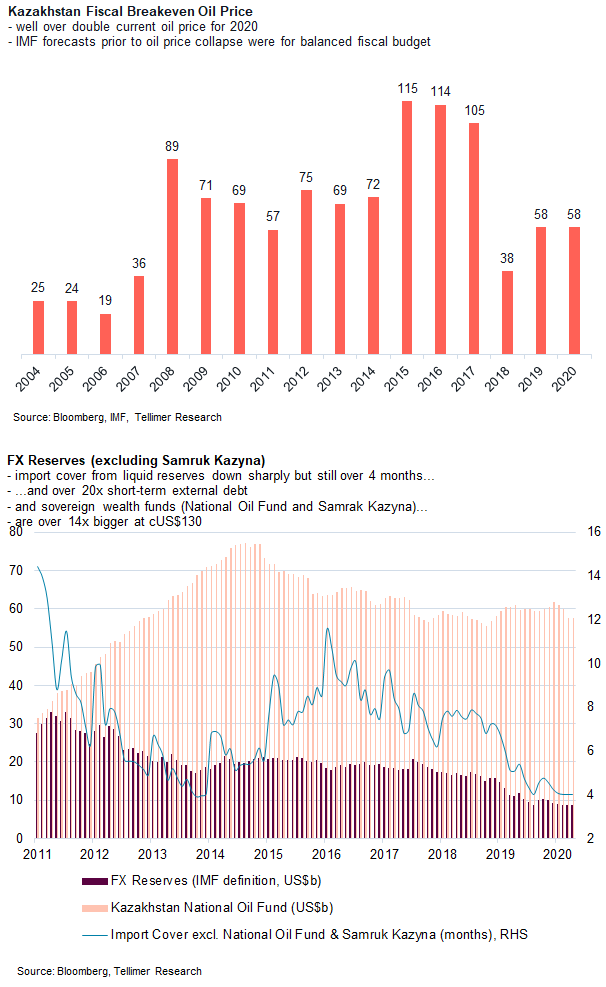 Performance and valuation of equities (Halyk Bank GDR trades US$1.4m per day) and US$ sovereign bonds 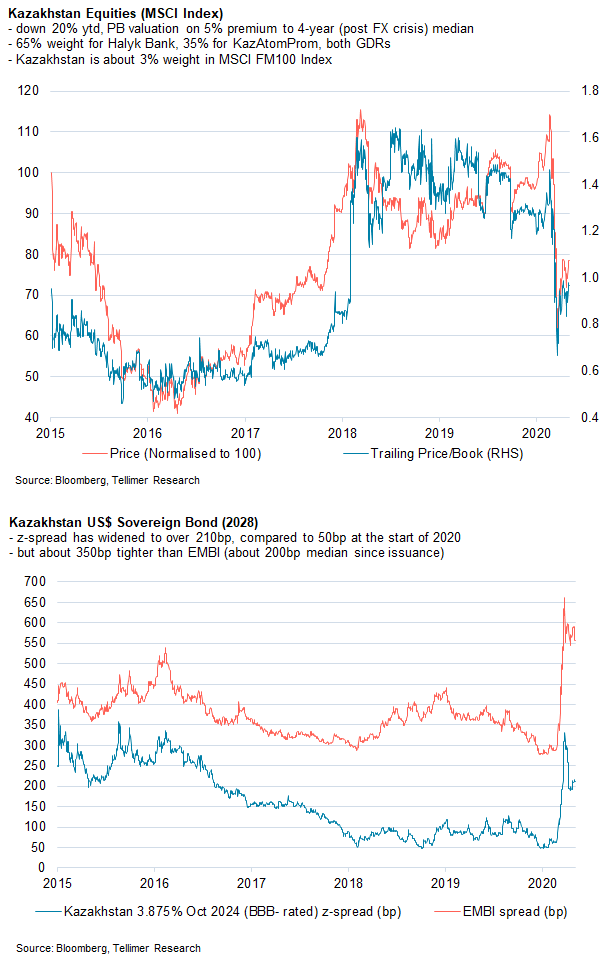