Jordan's crises in 5 charts: No read-across from arrests for GCC or Morocco

Jordan is faced with long-running crises and this has resulted in divisions within the political elite. This is the context for the 3rd April "arrests" of, among others, the one-time crown prince (Hamzah bin Hussein who was crown prince from 1999 to 2004) and the former head of the royal court (Bassem Awadallah, who has also held senior positions in the economic policy team). There is a lot that we do not know about the specific circumstances of these arrests. But the drivers of the broader crises are much clearer: a population divided between East and West Bankers, social discontent (stemming from the perception of corruption in government, the spike in food prices and the Covid-19 hit to economic activity, remittances and tourism), the insecurity and refugee spillover from Israel-Palestine, Syria, Iraq, and Lebanon, and the stress on water resources. Below we illustrate these in five charts.

We have no insight or comment on the exact course of events surrounding the arrests (eg, questions such as: 1) are these technically arrests, restrictions of movement, or simply a removal of privileges? 2) was there a coordinated attempted coup in the making or are the arrests discrete cases? 3) was there any external involvement?) nor the impact on the position of King Abdullah II (aged 59 and in power for 22 years).

However, we argue there is no read-through for the other monarchies in the region – in the GCC and Morocco. Tensions exist (and have always existed) within any royal family. The specifics of how these tensions play out in one monarchy does not mean there is an implication for the stability of another.

Those tensions can cover a wide range of issues: 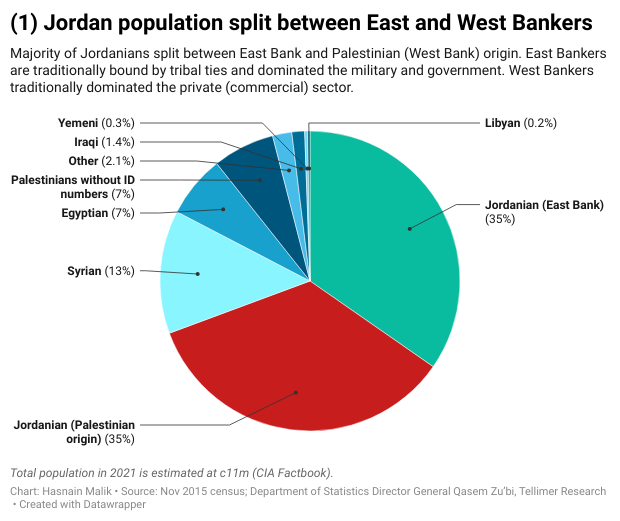 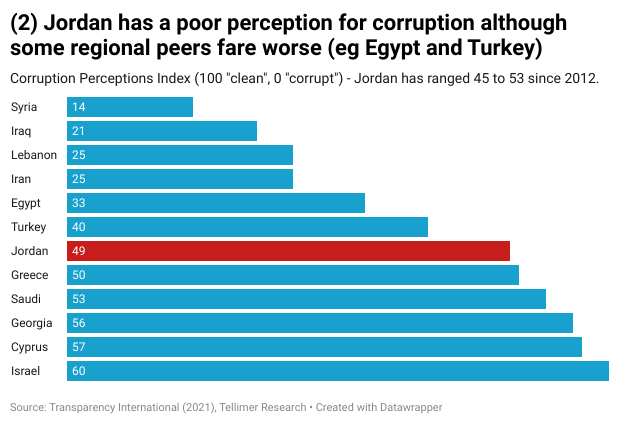 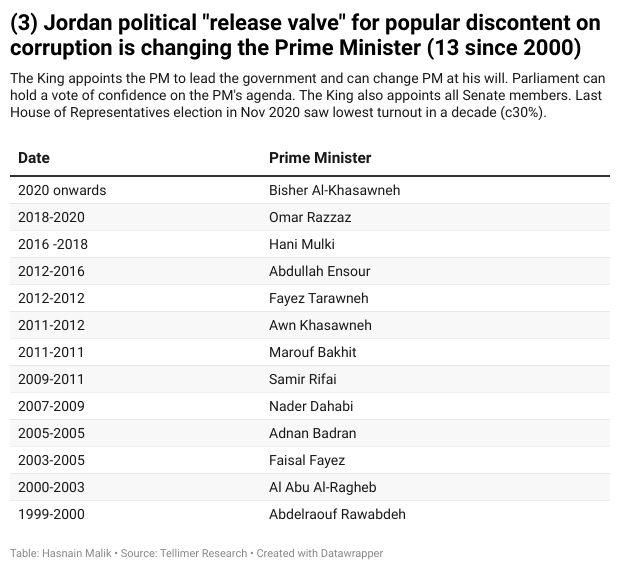 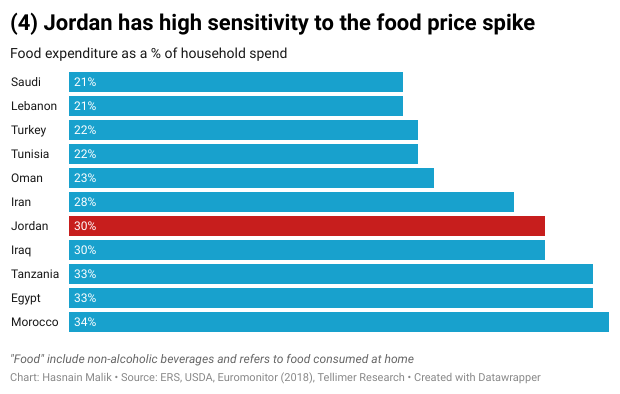 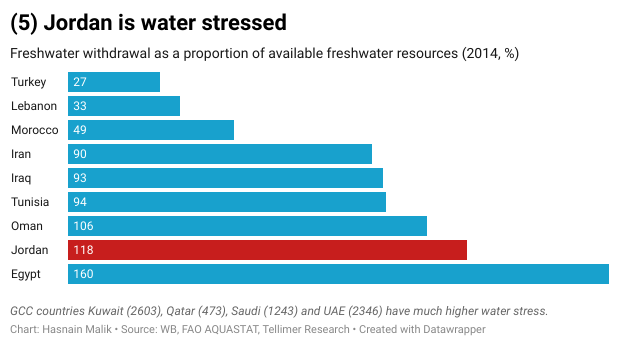 Remittances very strong for some, but not all, emerging markets, March 2021

Tourism in EM a geared play on Pfizer-type vaccines, November 2020