Iran: Elections will not reshape policy or regional risk

The upcoming Iranian parliamentary election will likely result in higher representation for hardliners. But we do not expect any change in regional geopolitical or oil supply risk to result directly from this.

The US does not feel any urgent need to grant sanctions relief and the more comfortable the incumbent US President is about his re-election prospects the less he needs to score a "foreign policy" win.

Neither Iran nor the US want a full-blown war, but the proxy battle (e.g. in Iraq) will continue until there is a return to the negotiating table. Regional powers lack the ability to change this state of affairs on their own. 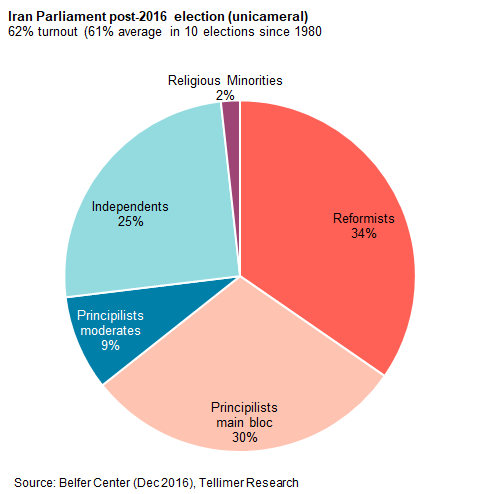 Iran's parliamentary elections on 21 February 2020 will, on the surface, likely result in a strengthening of the representation of hardliners and a weakening of the bargaining hand for moderates (whose leader, President Hassan Rouhani, reaches his own two-term limit in 2021). The prior vetting of candidates, in accordance with constitutional norms, by the Guardian Council, has made this likely by removing many reformists (including 90 current members of parliament). Furthermore, expectations of voter turnout are low given the indications of apathy expressed in a recent opinion (from ISPA) and the public urging of Supreme Leader Khamanei for voters to participate.

But this does not mean that Iran's leadership is any less motivated strategically to seek relief from sanctions or tactically to balance flexing its muscles (to establish bargaining power before any negotiation over sanctions relief) with avoiding blocking all avenues for negotiation (either by precipitating a conflict it cannot control, proceeding too far on nuclear development or pushing those on the fence regionally and internationally to side with Iran's most hawkish foes).

Whether there is the appetite for such negotiation in an election year in the US, and with incumbent President Trump favourite to win re-election, is another matter. 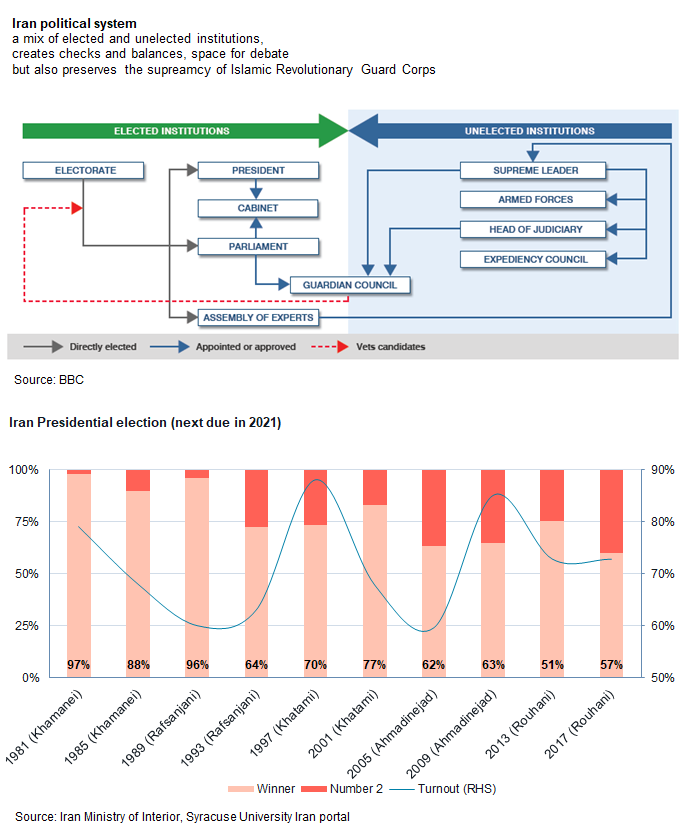 Iran is under enormous pressure: all economic variables are deteriorating under the pressure of sanctions, two of its regional client states are struggling (Iraq and Lebanon), domestically a raft of diverse protests have occurred, one of its most senior military commanders (Qassem Soleimani) has been assassinated and a succession may be looming with its Supreme Leader aged 80 and reportedly suffering from long-term illness.

But none of this means that the political system is currently any closer to internal collapse than at any point since the 1979 Revolution.