GoTo: Initiation – Running out of cash

We initiate coverage on GoTo with a Sell recommendation and a target price of IDR221, implying 34% downside.

GoTo is an ASEAN tech company, headquartered in Indonesia, that is the product of the merger between Gojek and Tokopedia in 2021. It provides e-commerce, ride-sharing and fintech, and has 2.5mn drivers on its ride-hailing platform in Indonesia, 12mn merchants on its e-commerce network, as well as 100mn users.

We think the stock is overvalued:

How do we stack up?

There are 5 Buys and 2 Sells on Bloomberg for GoTo.

Our revenue forecasts for FY22 are 11% above consensus:

GoTo does not have a pathway to profitability, in our view.

Although we expect GoTo to generate revenue growth in each of its segments, the high operating expenses and heavy capex will ensure operating losses until FY28. 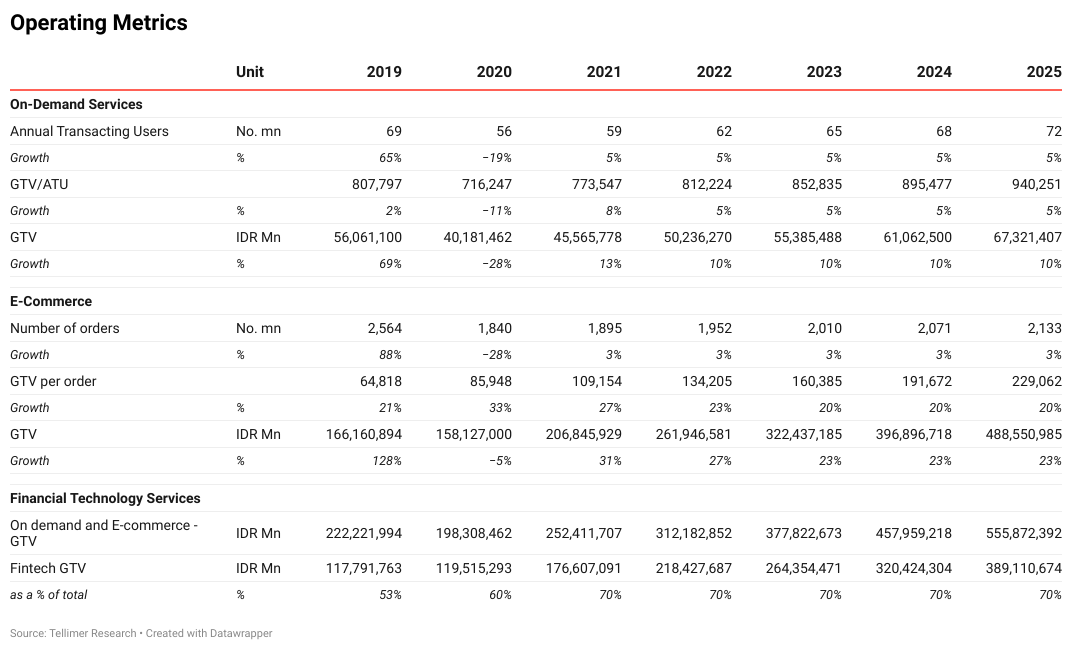 GoTo is a cash-burning machine. In order to maintain its market share, GoTo will have to expand heavily. The burden of funding heavy operating expenses and capex may deplete the IPO proceeds. 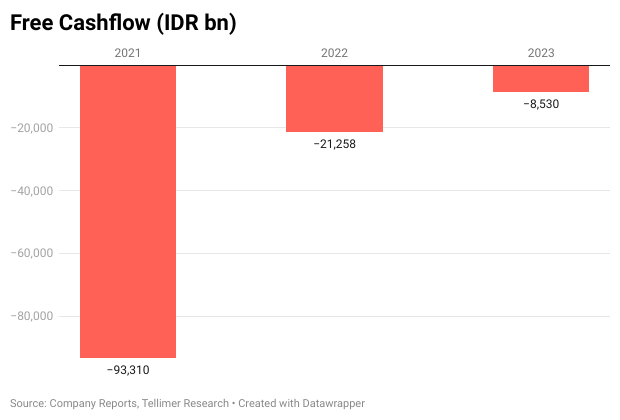 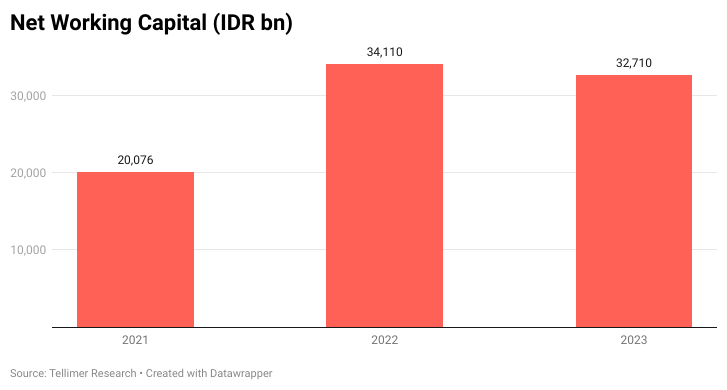 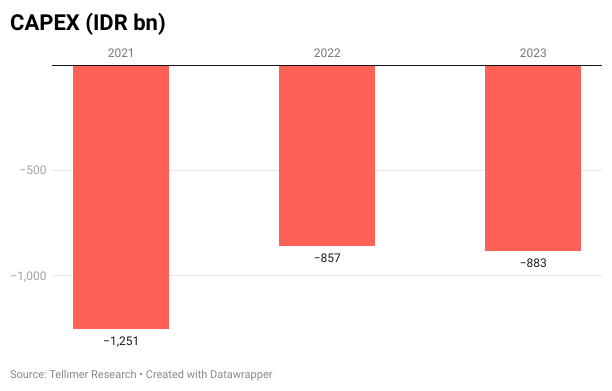 GoTo is the worst-funded in the ASEAN tech slugfest

There is a three-way battle for supremacy in ASEAN between GoTo, Grab and Sea Ltd. And Bukalapak presents domestic competition in Indonesia. 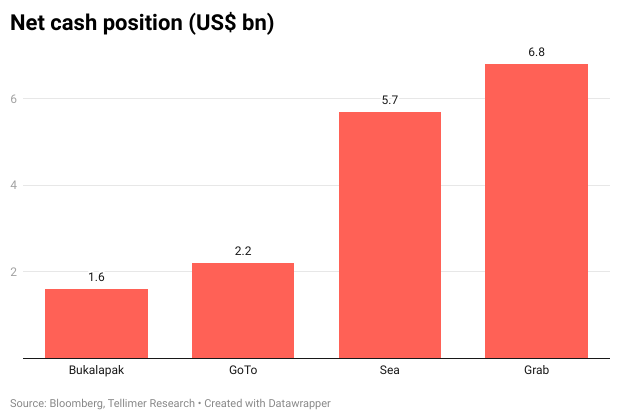 The digital industry in the Southeast Asia region had long been an untapped market, but it now has a total of 440mn internet users, with 80mn new users in the past two years.

In 2020 alone, 40mn new users joined the internet, with 70% of the total population having access to online platforms. Online consumption was further accelerated due to Covid-19, with education, groceries, and lending sectors being the key beneficiaries. 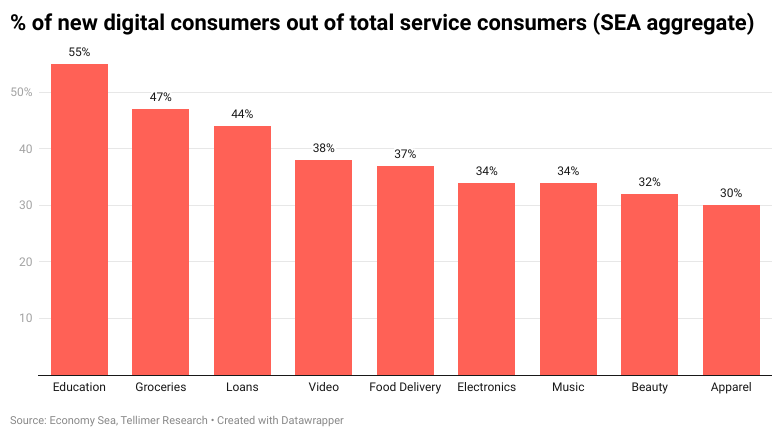 The Southeast Asia internet economy is expected to achieve a GMV of US$363bn in 2025, rising at a CAGR of 20%. 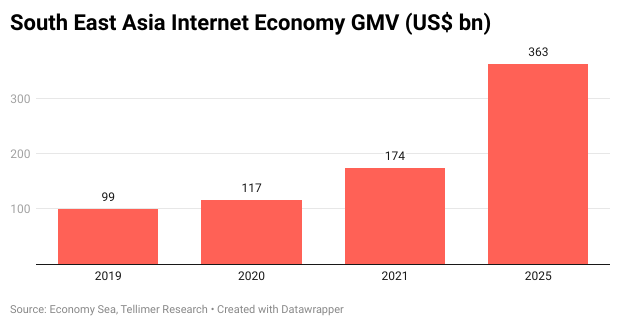 Indonesia is the largest economy in Southeast Asia

The Indonesian digital economy is expected to have a GMV value of US$70bn as of 2021. The industry forecast suggests that a CAGR of 20% will lead the industry to a GMV of US$146bn in 2025. 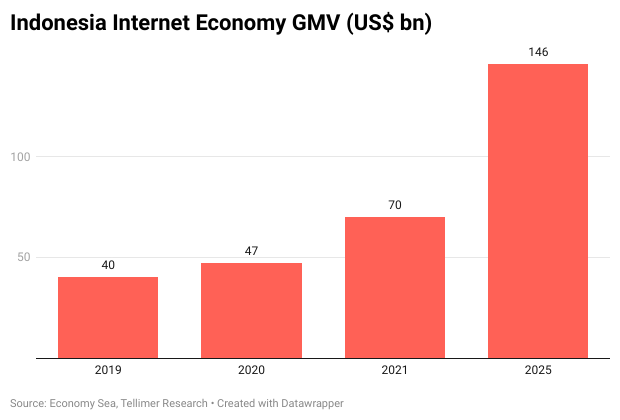 The country has a population of 271mn, with 56% of the new consumers of digital services in 2020 belonging from non-metro areas. 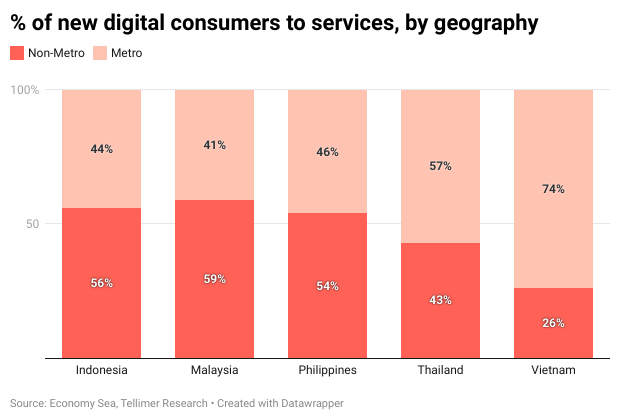 The Internet economy in Indonesia has been heating up in recent quarters, as the deal activity in H1 21 has surpassed the deal values in each of the past four years 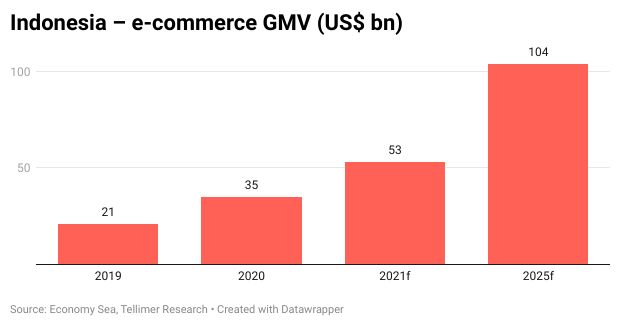 The digital space grew at an astounding rate during the pandemic, with 37% of total internet consumers in 2020 being new users. 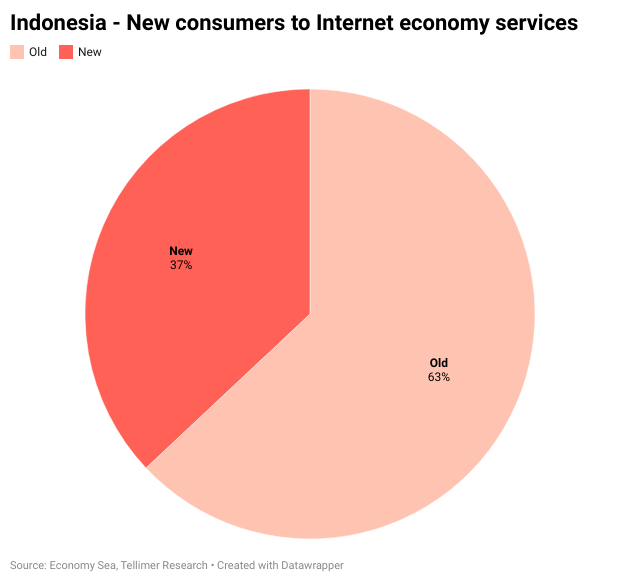 In 2020, e-commerce and online media posted positive figures. These two sectors were able to drive the overall GMV upwards.

There is sufficient room for further growth in the digital economy space, with EdTech and HealthTech emerging amid the Covid-19 lockdowns and representing future growth possibilities. 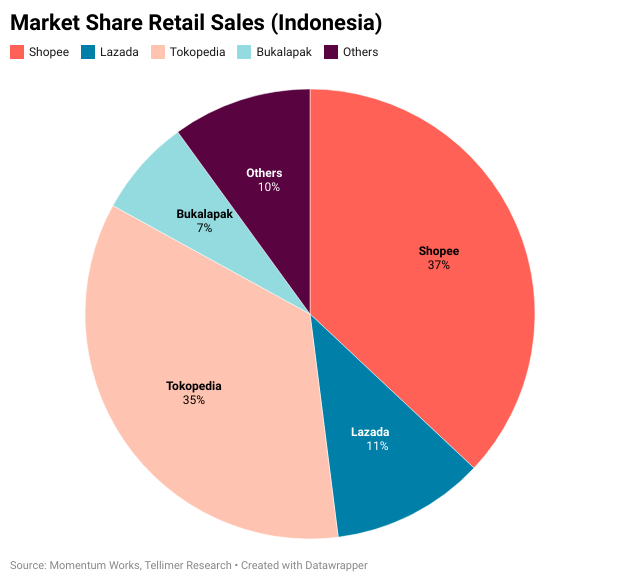 Sum of the parts is our principal valuation methodology. We have used EV/GMV and Price/TPV multiples as our SOTP basis. The following tables present our target price based on this methodology and a comparison with peer companies in the e-commerce industry. 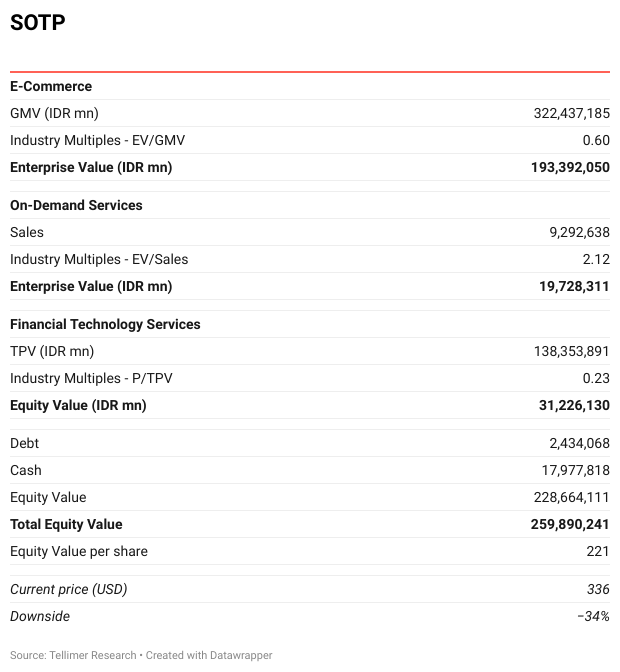 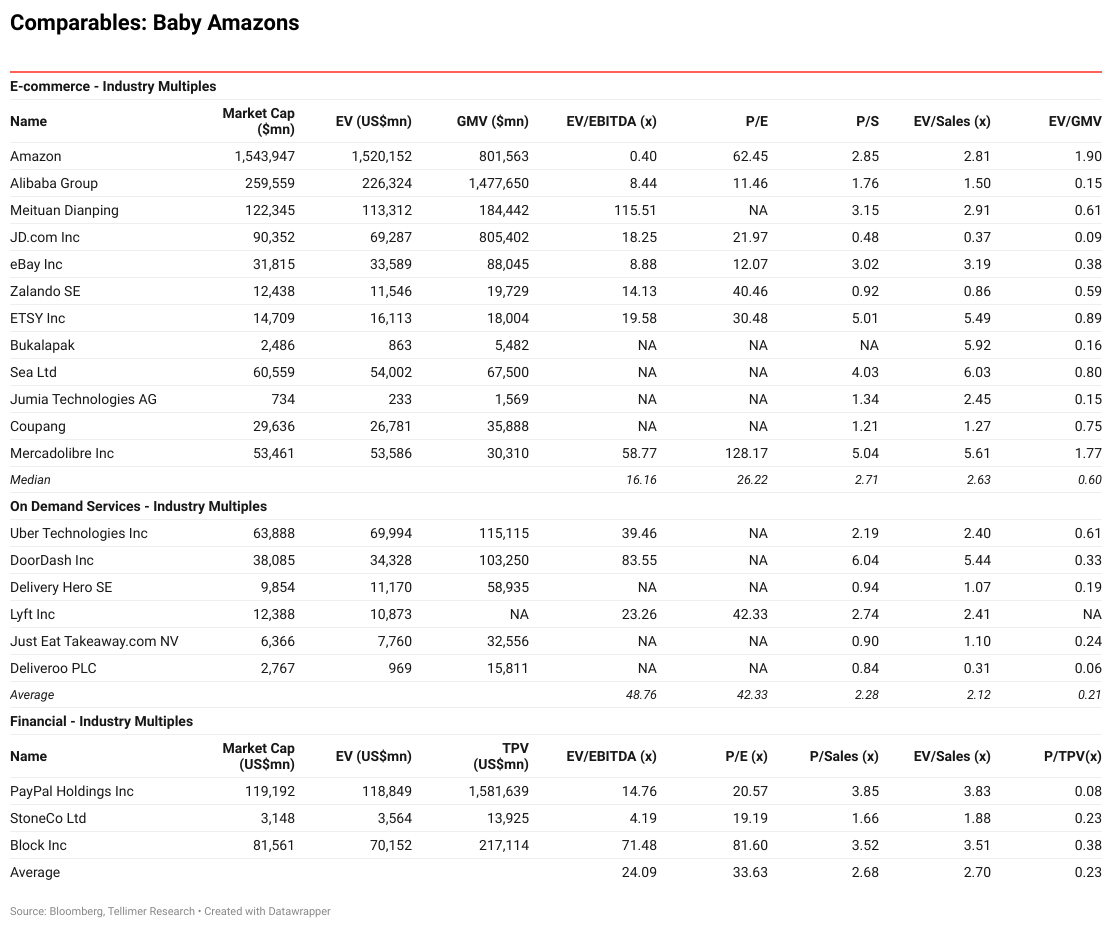 We use a DCF valuation methodology as another yardstick. We assume an equity risk premium of 6.12%.

Our valuation assumes a terminal growth rate of 5% into perpetuity.

Using this method, we arrive at a fair value of IDR137, implying 59% downside. 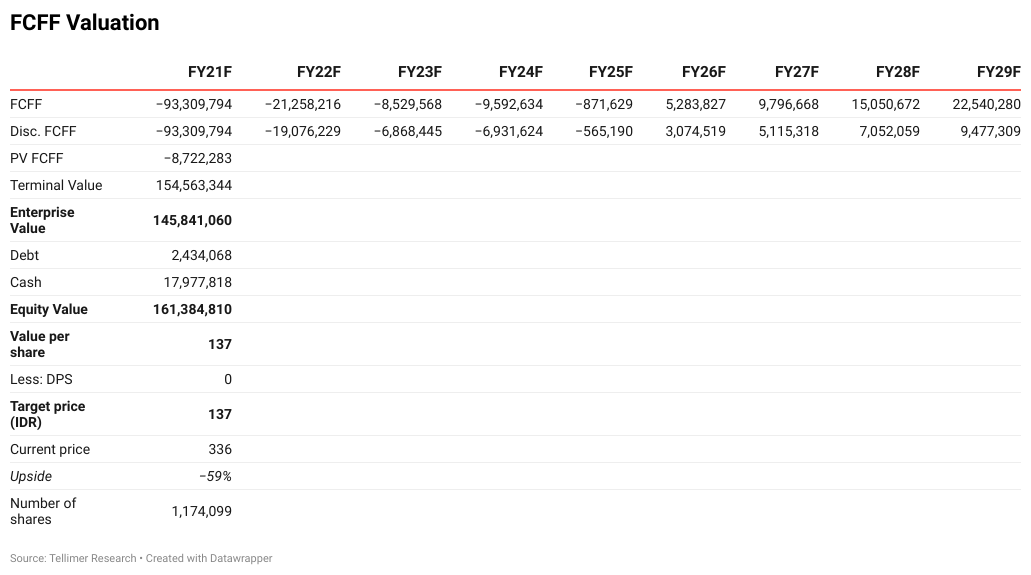 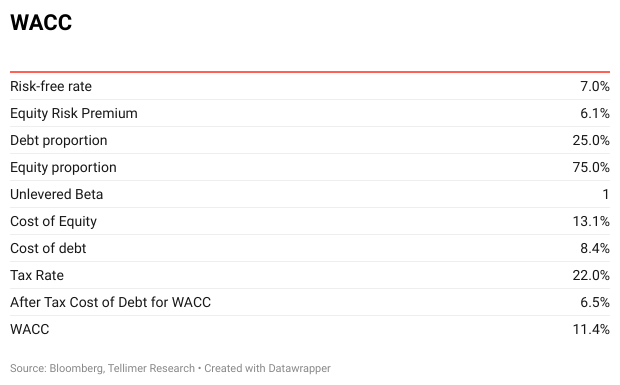 The revenue breakdown is provided below: 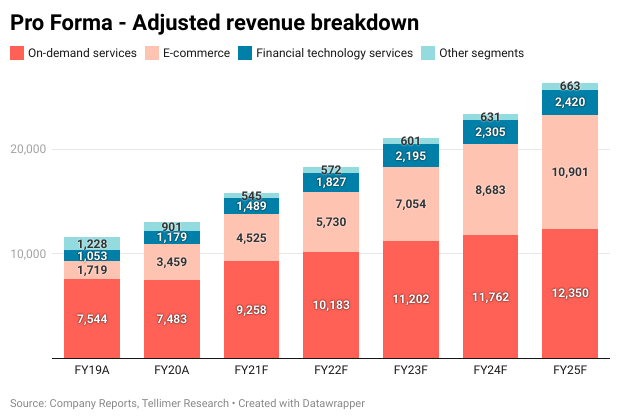 Gross Transaction Value (GTV) is a metric that indicates the IDR or USD of the transactions that go through the GoTo platform. It is non-GAAP metric.

GTV is inclusive of:

Net revenue is recorded as gross revenue net of consideration payable to customers. This is under IFRS 15 / PSAK 72.

Take-rate is the fee charged by the platform. We assume the take rate averages 19% for on-demand services, 2.59% for e-commerce and 0.54% for financial technology services in FY21-23.

This is the direct cost of GoTo’s services. It includes delivery costs, merchant fees and payment processing fees.

GoTo has not paid any dividend in the past three years, and we assume no dividend payout in the forecast period.

We assume capital expenditure to be 9% of revenue in FY22, due to the capital-intensive nature of the business.

GoTo has been in a negative cash conversion cycle. We assume this will continue over the forecast period. 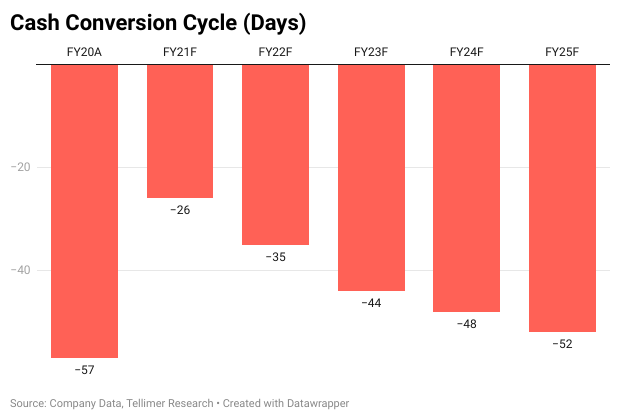 The debt profile of the company mainly consists of non-bank loans and short-term borrowings. The breakdown of the entire financial liabilities of IDR2,670bn is detailed below. 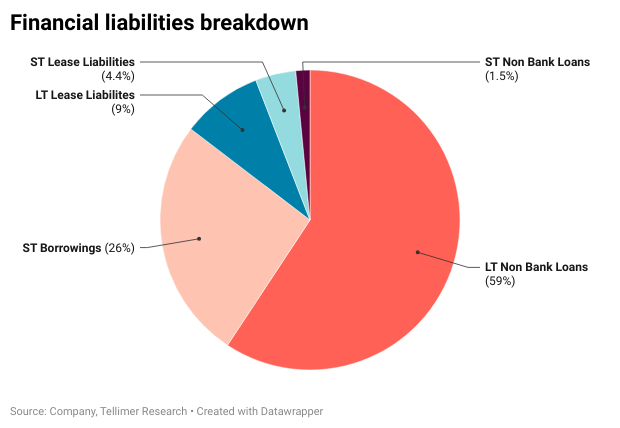 GoTo relies on third-party logistics partners, where the warehouse is primarily owned by the FMCG or wholesaler. This strategy does come with benefits in terms of lower capital requirements and operating costs. However, lack of communication, increased dependency and limited visibility of logistics operations may lead to restricted visibility of demand from consumers.

GoTo’s cash conversion cycle in 2020 was negative, at -57 days. A drop in payables could increase the company’s working capital requirement, leading to higher interest expenses.

The Indonesian market is concentrated, with giants like Shopee, Grab and Bukalapak. Competition in Indonesia’s e-commerce market will only intensify.

Risks to our Sell recommendation

PT GoTo Gojek Tokopedia Tbd (“GoTo) is an Indonesian-headquartered tech company. It was formed in 2021 as a merger between Indonesia’s largest two startups – Gojek and Tokopedia. GoTo’s revenue represents 2% of Indonesia’s GDP.

Gojek started in 2010 as a call centre to provide transport and delivery services. Tokopedia was established in 2009 as an e-commerce company.

The two companies have been collaborating since 2015, and after merging in May 2021 the combined entity had 100mn active users, 11mn merchants, and 2mn drivers.

Gojek is a ride-hailing platform that operates in Indonesia and some other ASEAN countries. Kevin Aluwi is the company’s CEO and he has said it was "founded on the realisation that we could better utilise the informal sector to reduce life’s daily frictions for people in Indonesia".

Tokopedia is one of Indonesia’s leading e-commerce platforms. William Tanuwijaya is the CEO.

GoTo Financial provides services such as GoPay, GoSure, GoInvestasti, GoPayLater, Midtrans and Moka. Andre Soelistyo is GoTo Financial's CEO, in addition to the CEO of GoTo. 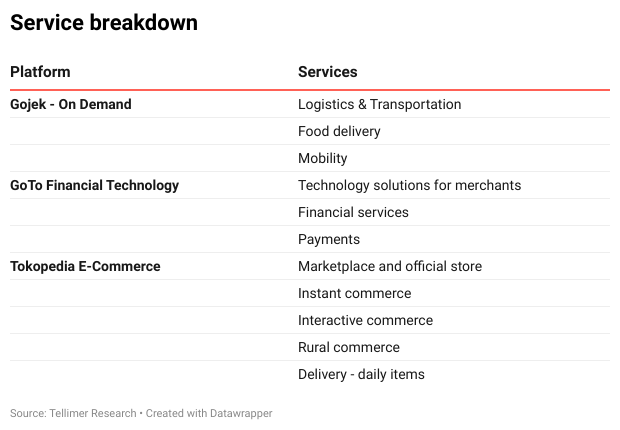 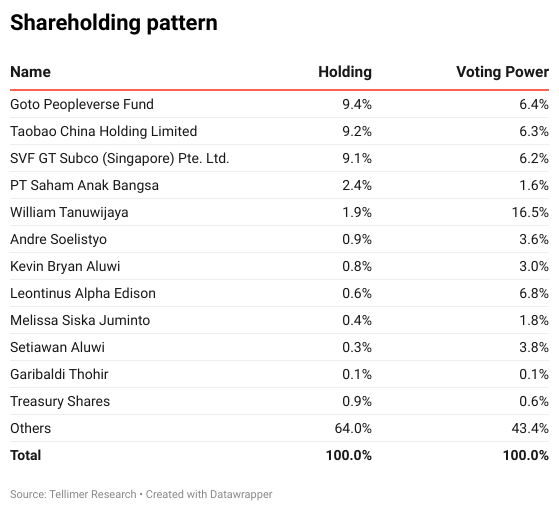 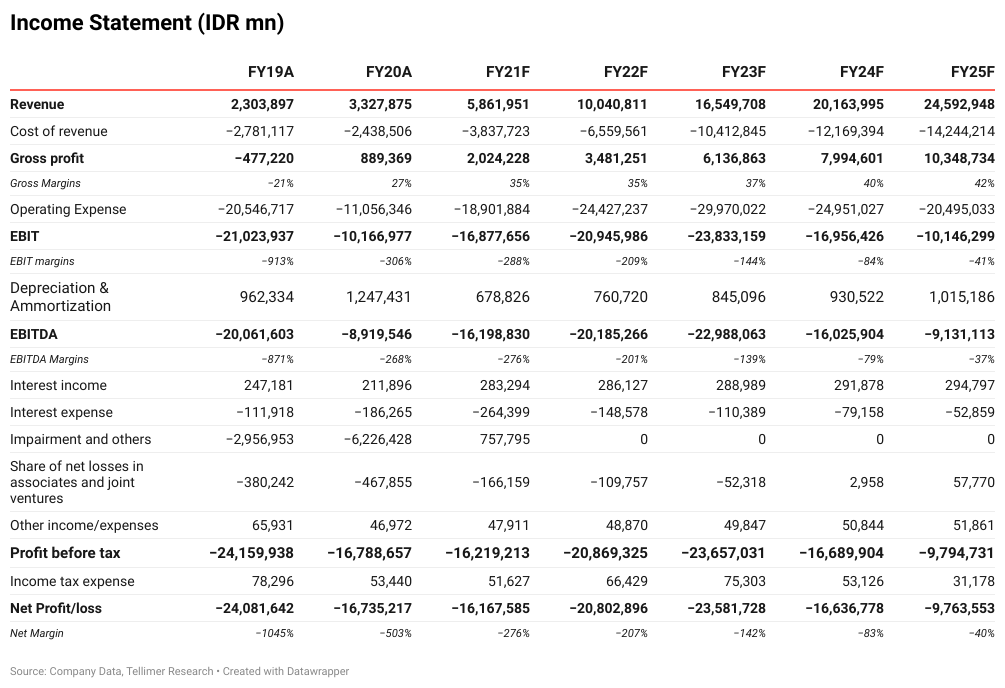 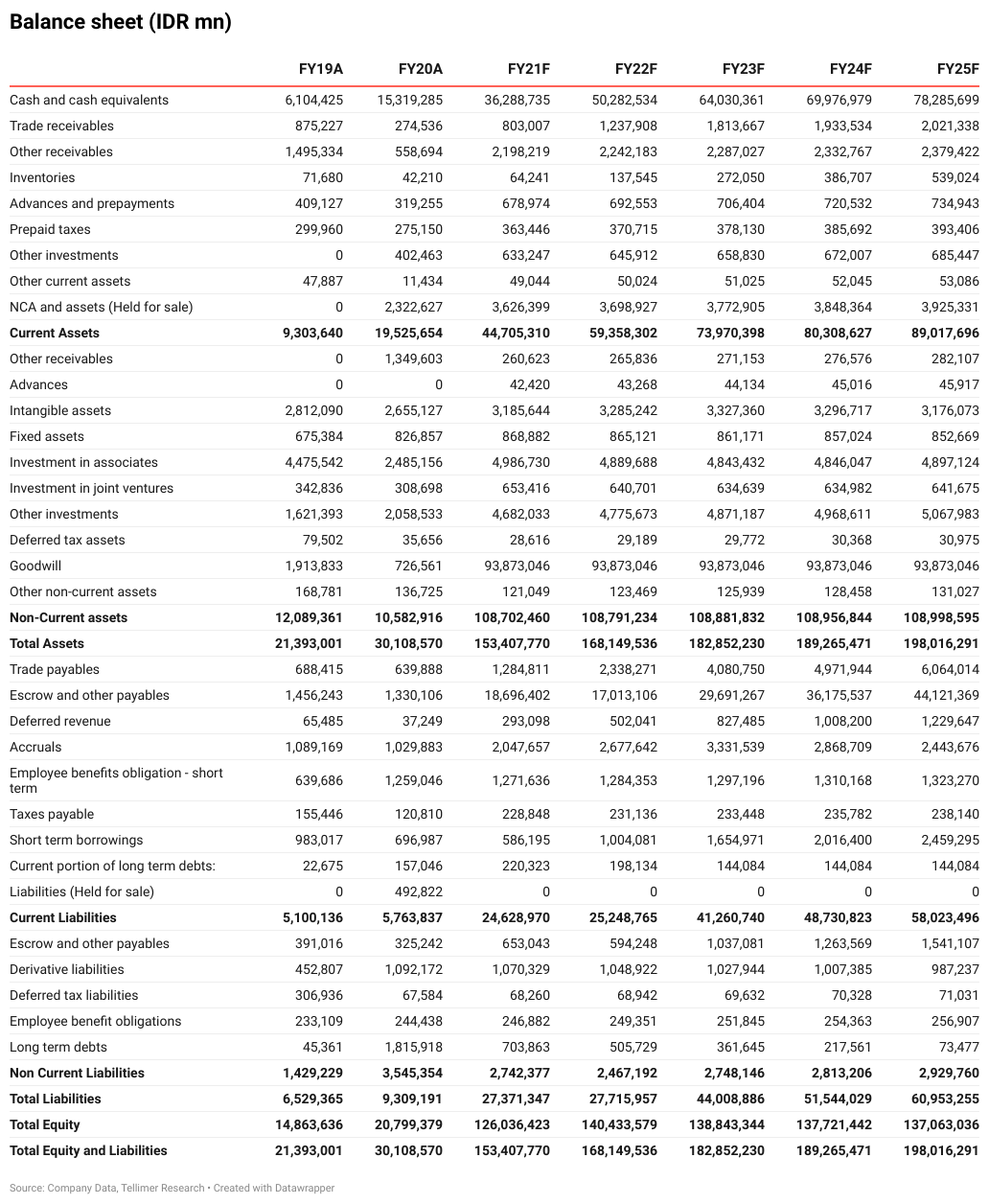 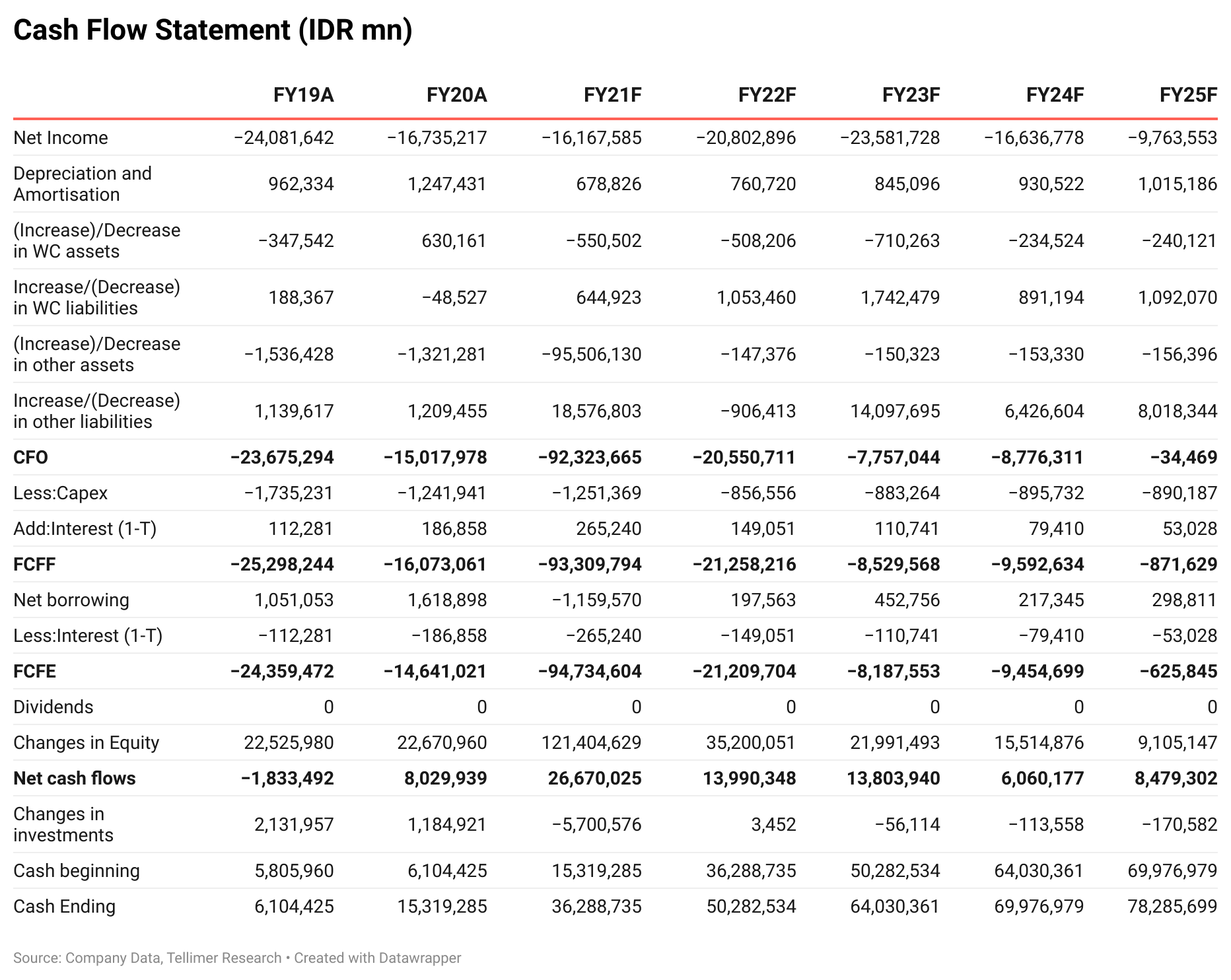