In this year's largest state legislature election in West Bengal, Prime Minister Modi's Bharatiya Janata Party (BJP) has not achieved the unprecedented victory that it might have dreamt of a month ago, before the Covid-19 crisis.

This weakens its prospects of gaining control of the upper house of the federal parliament, which is necessary for it to pass constitutional reforms. But it is premature to consider this a turning point for the BJP's grip on power and for those investors who view the BJP as the best vehicle for economic reform.

We remain positive on equities in India: despite the absolute scale of the Covid-19 tragedy and the likely cut to near-term growth expectations, India remains an attractive, albeit imperfect, mix of value relative to history, particularly in Tech, macroeconomic growth and structural reform.

The BJP remains firmly in control of the lower house of the federal parliament and no other party or person comes close to rivalling the BJP or Modi at the national level. India does not have the bipartisan or bipolar politics that segregates the national electorate into two camps, which did for Trump in the US and may do for Bolsonaro in Brazil.

West Bengal accounts for 8% and 7% of seats in the lower and upper houses, respectively, of the federal parliament. Its population also equates to 7.5% of the national total. TCP is a regional party with merely 4% of the lower house of the federal parliament. Despite these small numbers, West Bengal was the focus of the 2021 state legislature elections in India because of four factors: 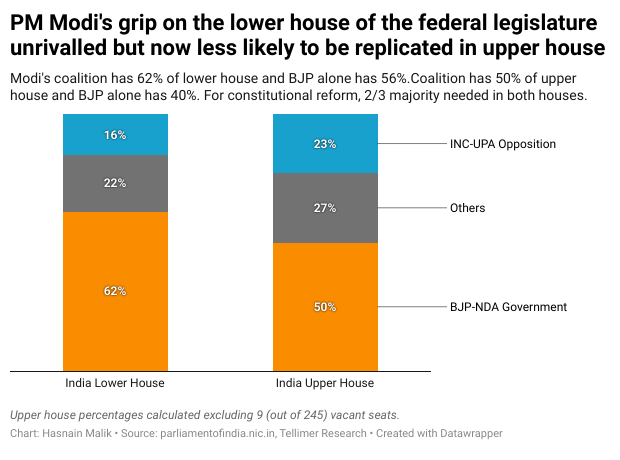