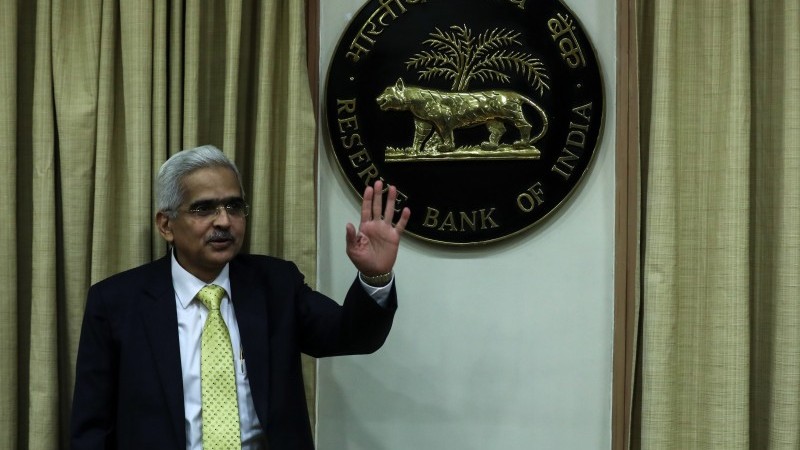 QE - for the many, not just the few

In a day with little going on in Asian FX space, India's INR stood out like a sore thumb yesterday as it gapped up, reaching as high as 74.55 against the USD. The motivation for the move was the Reserve Bank of India (RBI), which, while leaving the repo rate at 4%, launched a large G-sec (government security) Acquisition Programme (G-SAP).

There are a bunch of other whistles and bells to the policy, including Open Market Operations (OMO) and twist operations, but the main G-SAP policy announcement of INR1tr purchases in the secondary market was what got INR markets shooting higher. RBI Governor Das added to the sense of dovishness by noting that this was not going to be a one-off exercise and that this could continue until conditions improved. So expect INR1tr to become INR2tr next quarter etc...

One possible catalyst for yesterday's decision could be India's daily case numbers of Covid-19, which have taken India to the unenviable position of the world's most infected country on a daily basis, and resulted in the restoration of regional restrictions (so far Maharashtra but more viewed as possible) which is bound to weigh on economic activity. That said, low official and market rates have not done much to bring down bank lending rates, so it might be a push to suggest that this latest move will offset the Covid-19 impact by boosting lending and real activity, though it will provide banks with fatter liquidity buffers, keep bond yields suppressed, and the currency weak.

The international backdrop remains supportive, though US stocks had another flattish day yesterday, and bond markets were a bit dull too, though the dovish comments from the Fed minutes did help 2Y yields come down a little, though 10Y Treasury yields were slightly higher.

Front-end bond moves may be a result of the Fed minutes for the March FOMC meeting, which repeated Fed Chair Powell's frequent assertions that it would be some time before substantial further progress towards the committee's maximum employment and price stability goals would be realised.

Elsewhere, the EU and UK consultation on the Astra-Zeneca vaccine left questions still unanswered, leaving it open for individual countries to decide how and for which age groups to proceed with the vaccine. This doesn't help the EU vaccine rollout, though it is becoming less relevant with other vaccines beginning to come on stream in greater quantities.

And the other story that will likely gather pace in the coming days and weeks is that of global minimum corporate tax rates, which pushed by Janet Yellen, now seem to be being adopted for discussion by the G-20. While this may in time be seen to be a threat to stock markets, it is also worth considering the potential threat it poses to low tax countries that have benefitted from offshoring.

Elsewhere in Asia, we have this from Nicky Mapa:

"Indonesia:  President Jokowi expressed his support for pending legislation that would expand the mandate of Bank Indonesia (BI) to include job creation, an issue that could rekindle concerns about central bank independence.  BI had sidestepped concerns about debt financing last year after implementing a “burden-sharing agreement” to finance the deficit but renewed concerns returned in 2021 when lawmakers are reported to be drafting legislation to make the arrangement permanent.  Jokowi’s comments could spark some renewed anxiety over this issue with IDR and the bond market susceptible to some selling pressure.

Philippines:  Philippine trade data will be released today with market participants expecting the trade deficit to remain modest although imports are projected to finally break into expansion after several months of contraction.  Soft import demand due to diminished economic activity is one of the main reasons behind the relative outperformance of the PHP in the region and with most of the Philippines still in hard lockdown we expect PHP to remain supported in the near term".

And from Iris Pang:

"Taiwan will release its CPI and WPI data today. CPI should not be surprising hovering around 1.3%YoY, WPI will be the focus, from -0.35% in February to between 1 to 2% YoY in March due to a rise in energy prices. We don't expect the central bank to react to the data, however. In fact, we expect no change in monetary policy for Taiwan for the whole of 2021. But the data could trigger some movements in TWD. We have also revised our USDTWD forecast to 28.1 by end of 2021 from the previous 26.88".