There are eight updates to our tracker this week. This includes five more approvals of emergency disbursements, three of whom we were expecting (South Africa, Lesotho and Eswatini) and two we had not (Gabon, which we include although it is due today, and a second disbursement for Madagascar), and an expected programme review for Sao Tome (first review of its ECF).

The two other updates this week concern: (1) Moldova, where a staff level agreement on a new programme was announced on 27 July (although this doesn't change our overall count as the country was on our list already because it received an emergency disbursement); and (2) Angola, which appears to have been removed from the board schedule. The third review of the EFF was due on 30 July. Bloomberg reports that the meeting was postponed in order to allow more time for discussions with the authorities. It may now take place in the second-half of August, at the earliest, when the board returns from recess.

There is nothing else on the IMF board schedule in the next week (except Gabon today).

Overall, our tracker* captures 87 countries that we know of so far that have either sought, or are seeking, emergency help from the IMF or have made drawings under their existing arrangements, or are seeking new ones, in response to the Covid-19 pandemic (this is an increase of one since our last tracker; despite eight updates this week, only one represents a new country on our list – Gabon). Note that our count of 87 excludes double counting of the nine countries that are down twice. 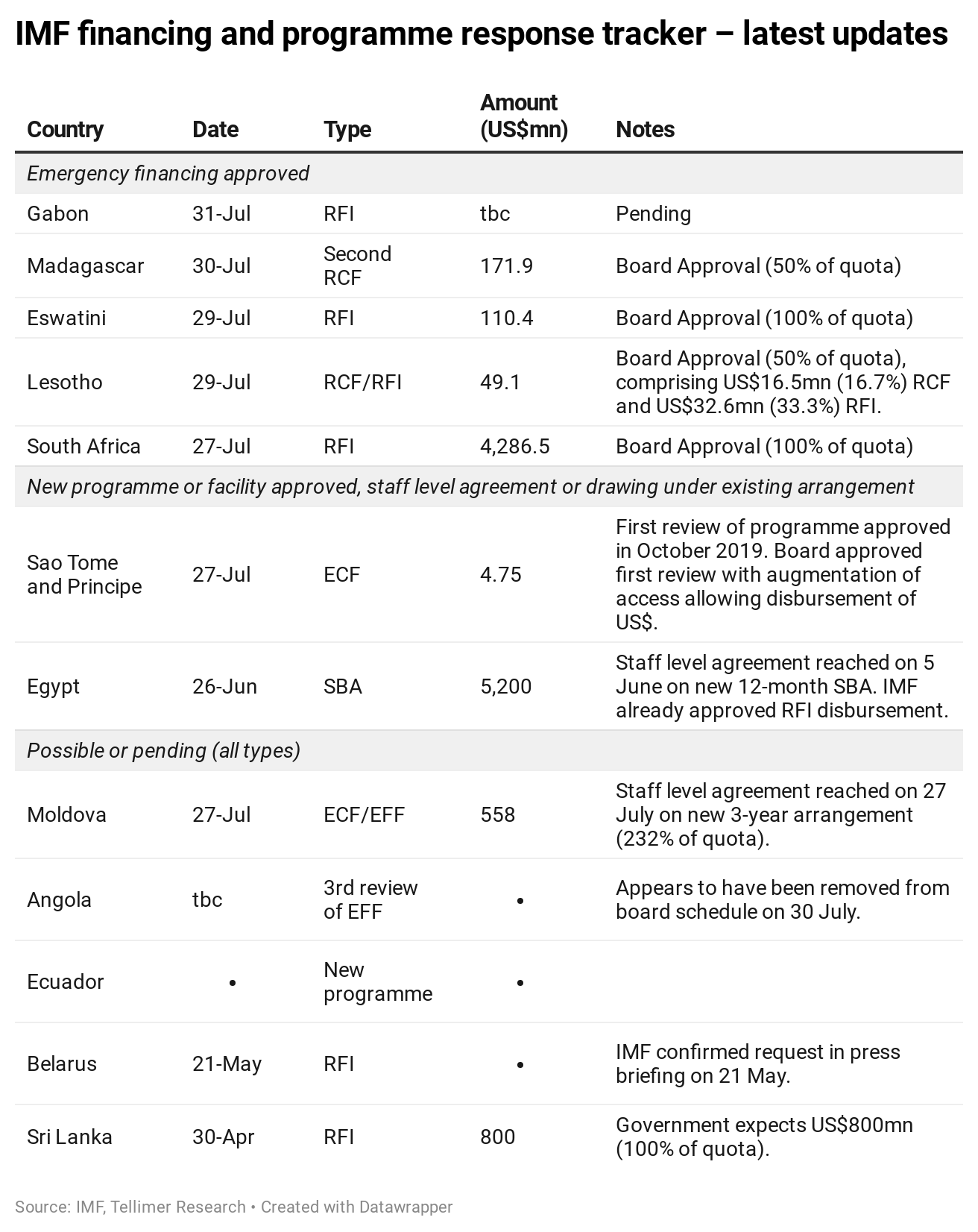 *Our tracker seeks to identify countries that have requested IMF financial support, under its different guises, in order to help them deal with the impact of Covid-19. We do not claim it is exhaustive, but hope it provides a useful guide to investors on the current state of play. It is based on information that has been reported by the IMF itself, various media or national governments. We aim to produce regular updates.