Iceland surprises with a rate hike

19 May 2021
Published by Tellimer Research

The central bank had been on hold since its last rate change, a 25bps cut in November, which brought cumulative interest rate cuts post-Covid to 225bps, although in truth it signals the end of an easing cycle that began long before Covid, in May 2019. The last rate increase was in November 2018. 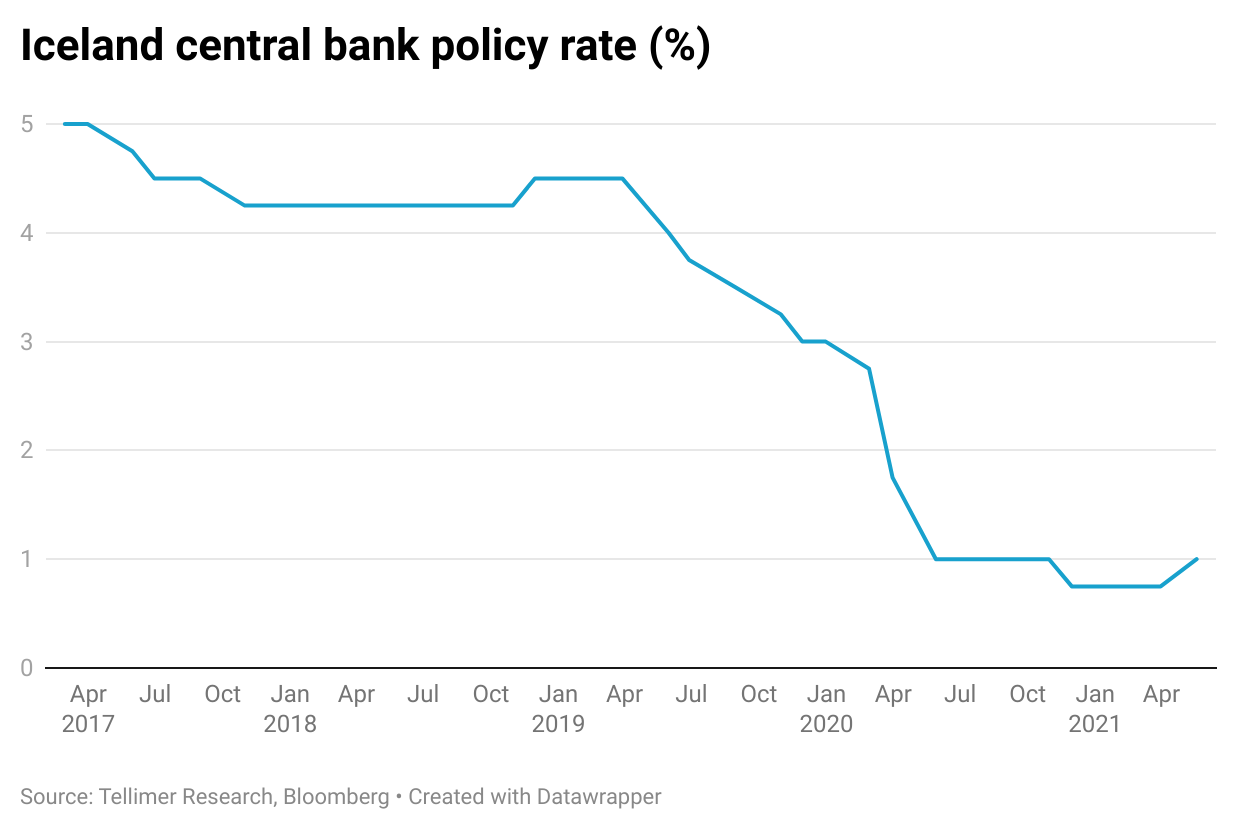 While a surprise move, as the central bank wasn’t expected to tighten policy until the third quarter, according to a Bloomberg survey, there may have been a hint of inevitability about it given rising, and above target, inflation. Indeed, the IMF's concluding statement following its virtual Article IV mission on 19 April warned that "the recent rise in inflation poses a challenge for monetary policy".

CPI inflation rose to 4.6% yoy in April, up from 4.4% in March, and double the rate of a year ago (CPI for May is due to be released on 27 May). Inflation is at its highest rate in eight years. It compares to the central bank's inflation target of 2.5%.

Inflation has also risen since the MPC's last meeting on 24 March. At that time, inflation had eased to 4.1% in February, from 4.3% in January, which may have raised hopes that inflation had peaked. 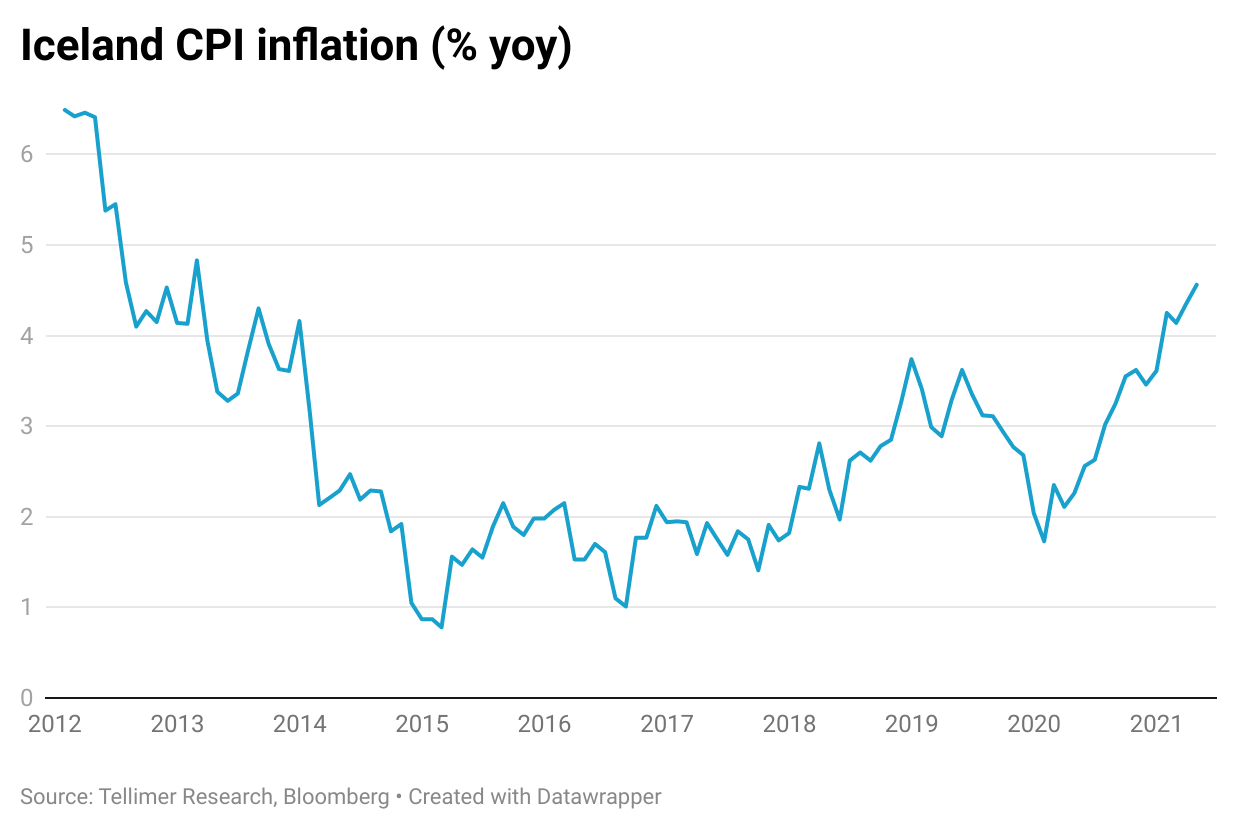 More significantly, perhaps, the monthly rate rose to 0.73% mom in April, from 0.44% in March, and has averaged c0.5% this year, compared to 0.3% in 2020. This suggests further upward pressure on inflation in the near term. 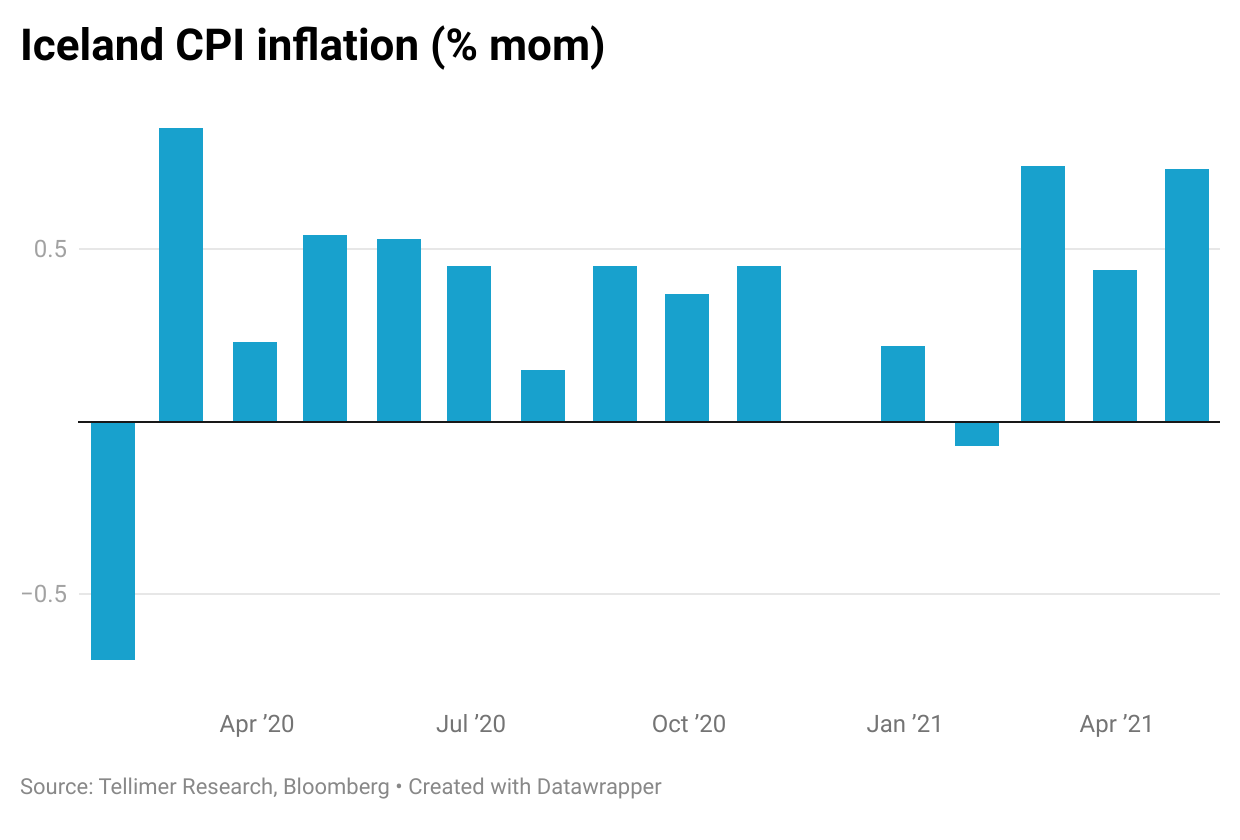 The MPC statement noted that inflation had been higher and more persistent than previously forecast. It noted inflationary pressures were widespread, with underlying inflation broadly similar to headline inflation. Inflationary pressures are attributed to the pass through from last year's depreciation of the krona, wage increases and rising house prices. As a result, higher interest rates are needed to anchor inflation expectations.

On a positive note, the krona's appreciation this year (and indeed, since October), reversing the declines last year, might help reduce inflationary pressure going forward. The central bank expects the nominal effective exchange rate to appreciate this year.

The rate hike means that Iceland joins a growing camp of countries outside the bigger Developed Markets that have embarked on post-Covid monetary tightening this year in response to rising inflationary pressures, including Armenia, Belarus, Georgia, Russia, and Ukraine among EM and frontiers in Europe.

The next MPC meeting is 25 August.

For Arion Bank, higher rates are supportive of margins, which had come under pressure in Q1 20, in particular. We estimate a 100bps increase in interest rates would add c3% to net interest income due to higher margins. If sustained, this would add cISK8.5 to our valuation. 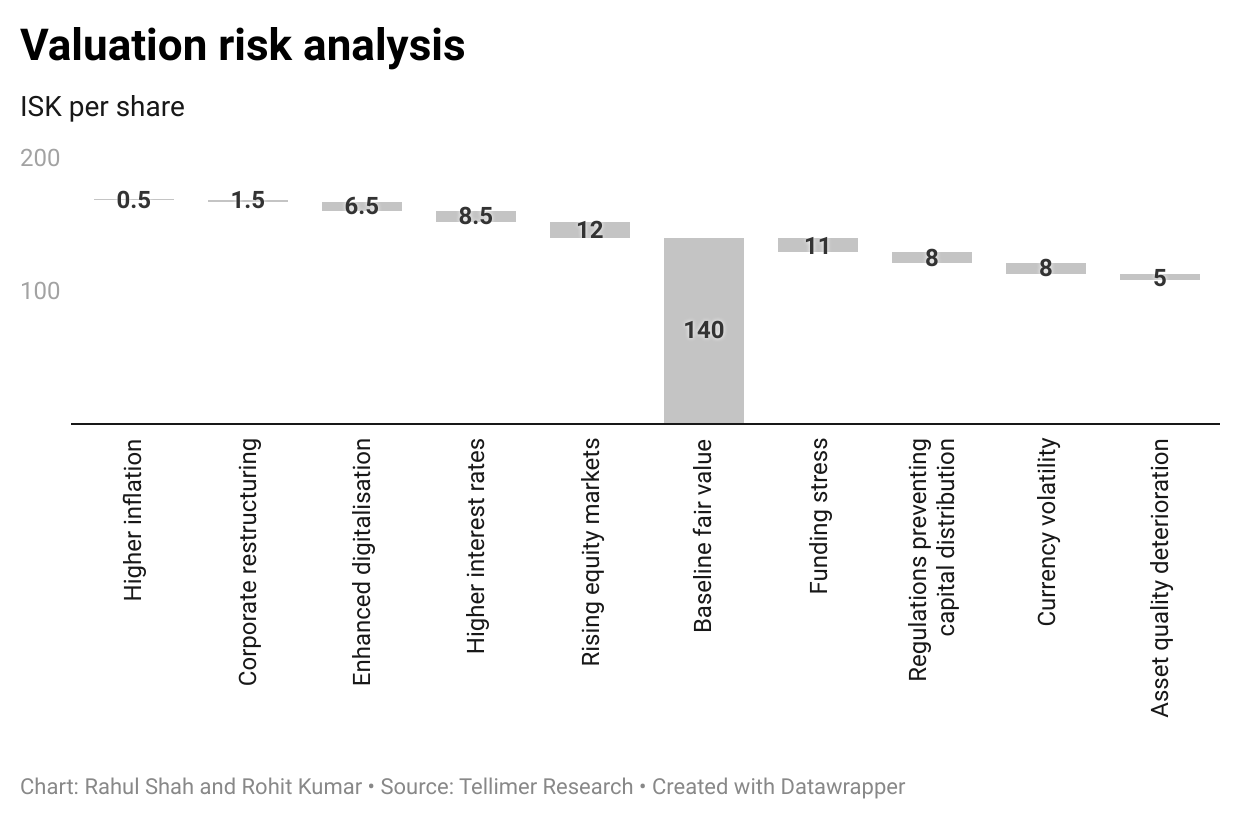