A sudden natural resources windfall should be viewed in the same way as a surge in external capital inflow (eg via China's BRI): they likely accelerate a country down its existing path, ie those with stronger institutions and better policies see accelerated growth and those without these ultimately hurtle towards new and, in some cases, bigger problems.

Near the end of an American Football game when the offensive team is desperate it will attempt a long pass with potentially heroic consequences but, generally low probability of success - the ‘Hail Mary’ play.

Fairly often in emerging markets, over the last two decades, when long-term growth looks weak, current account deficits persist, and currency exhibits persistent vulnerability, governments have latched on to potential new oil and gas (and other natural resource) discoveries as a potential panacea.

It is perhaps too cynical an observation but the announcement of transformative oil and gas projects often occur when there is a degree of economic and, particularly, external account distress.

EM precedents suggest that expectations of the speed and impact of oil and gas discoveries should be tempered. The announcement of a large Turkish gas find in the Black Sea does not change our cautious view on Turkish equities for foreign investors.

Turkey has seen almost a 20% currency depreciation (while many in EM have seen a sharp contraction in growth, few have seen FX rate weakness of this magnitude), further loss of credibility in its interest rate and inflation policy (a large negative real interest rate), and escalation of geopolitical conflicts in multiple arena (Azerbaijan, the East Mediterranean, Iraq, Libya, Syria).

Today, Turkey has joined the ‘Hydrocarbon Hail Mary’ club. After the drum roll of public hints earlier this week, President Erdogan announced a potential significant gas find near its maritime border with Bulgaria and Romania in the Black Sea (Sakarya field in the Tuna-1 block).

Potential gas reserves are 11tcf (equivalent to about 2bn boe) and the aim is to bring initial production online by 2023. (This level of reserves would equate to about a third of Egypt's Zohr and a half of Israel's Leviathan in the EastMed). 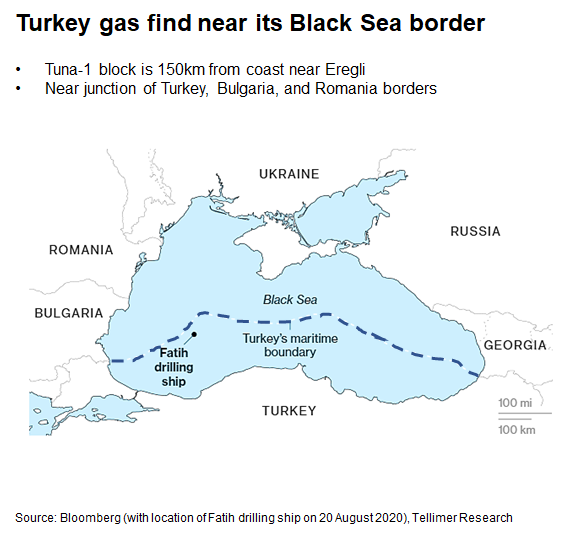 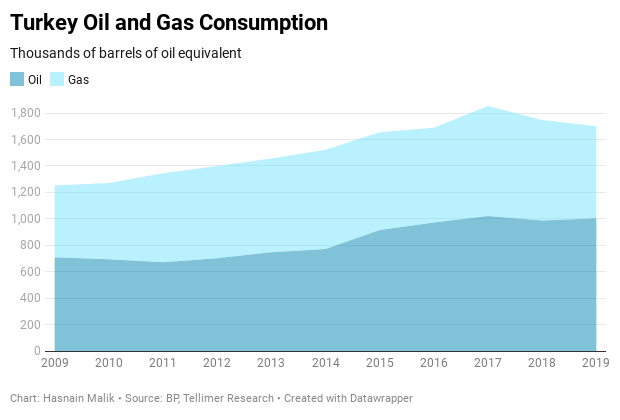 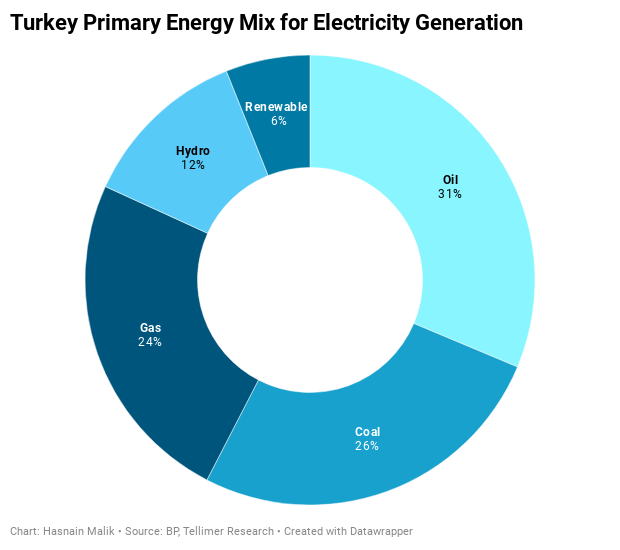 There are many components to the development of major oil and gas finds and these should cool expectations of how big and how soon Turkey eats into its fuel import bill and current account deficit and sees a fiscal benefit:

When all of this is put in place sufficiently well to start exploration and production, the risk remains that such large financial rewards can lead to corruption (eg Brazil) and physical insecurity (eg Mozambique). 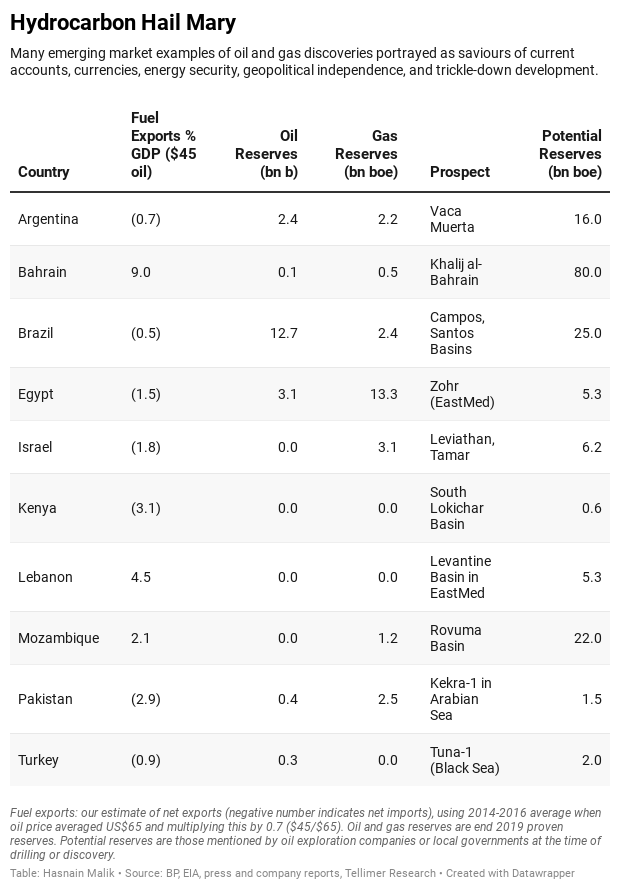 The precedent cases reviewed below present quite a mixed picture. 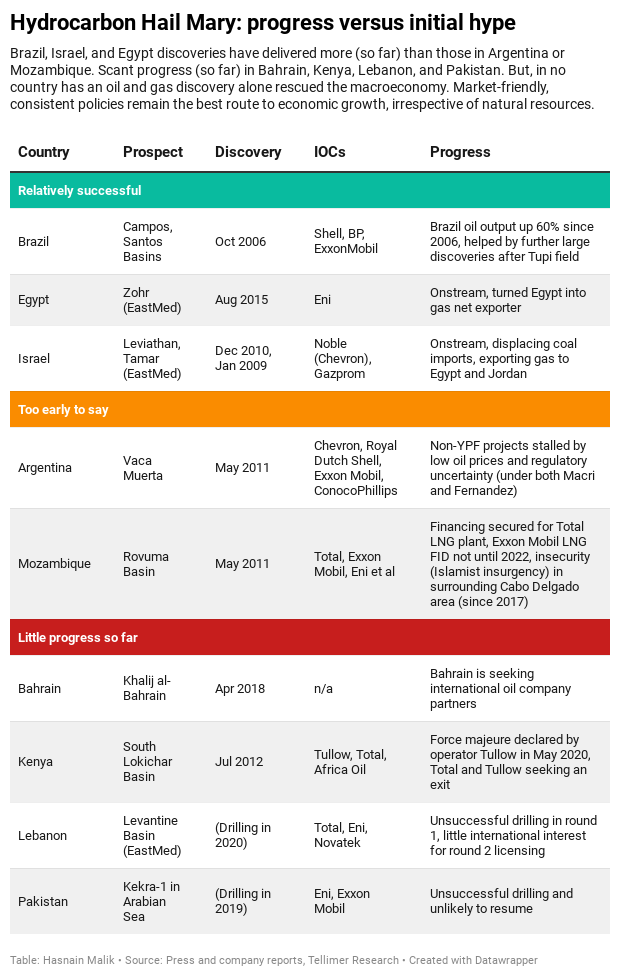 Turkey: The only chart that matters – interest rates and inflation

Turkey: US sanctions versus strategic ties