How profitable are emerging market fintechs?

This report, part of our series on the risks and opportunities in the emerging markets fintech space, focuses on fintechs’ profitability. Even as the elevated valuations of some operators have hit the headlines, many investors still question the long-term viability of certain fintech business models. Our survey of 101 EM fintechs (across Brazil, China, Indonesia, India, Kenya, Mexico, South Africa) sheds some light on this issue.

Based on our survey, 43% of fintechs are profitable. A further 26% expect to become profitable within a year. However, the remaining 32% of fintechs think it could take longer for them to move into profit. 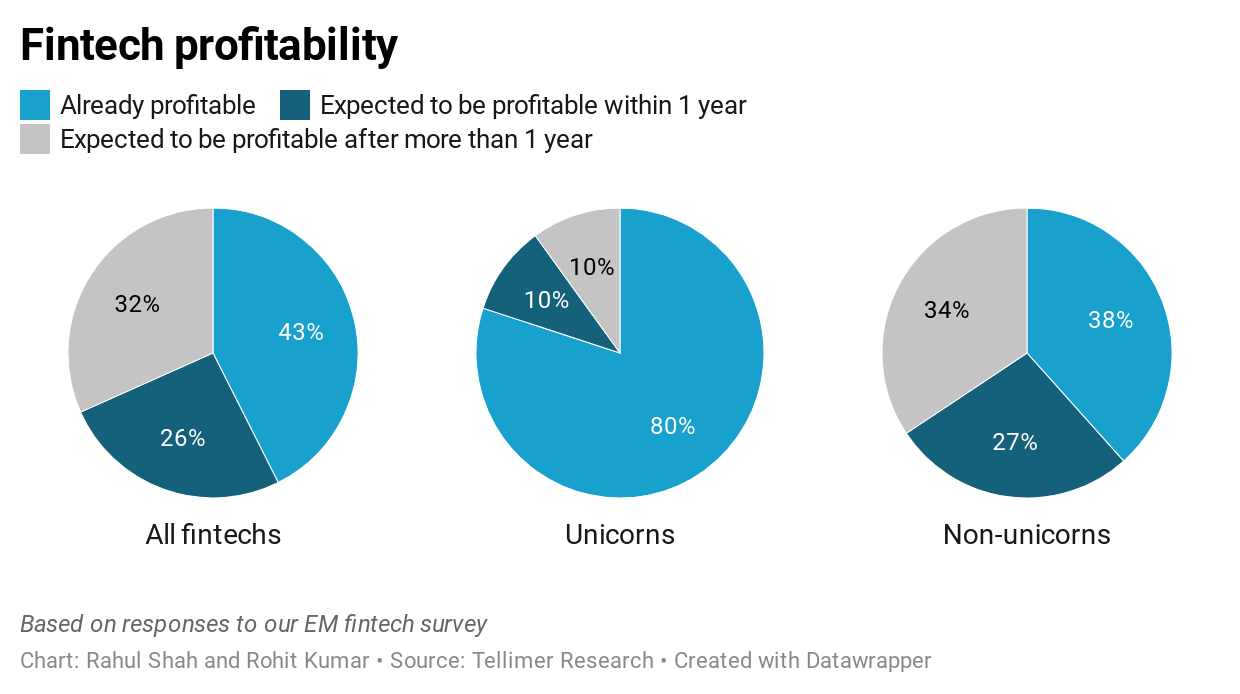 Breaking our results down by activity, the insurtech and investech sectors have the largest proportion of currently profitable companies (c60%); as we have highlighted previously, these firms typically take a very targeted approach, and are usually competing with incumbents that have labour-intensive business models. In contrast, only around one-third of payments fintechs are currently profitable; we think this is because of the heavy marketing spend required by early-stage firms in this sector to grow their distribution networks and to increase the number of use-cases. However, the winner-takes-all economics of this sector means this heavy investment can still be considered NPV-positive. 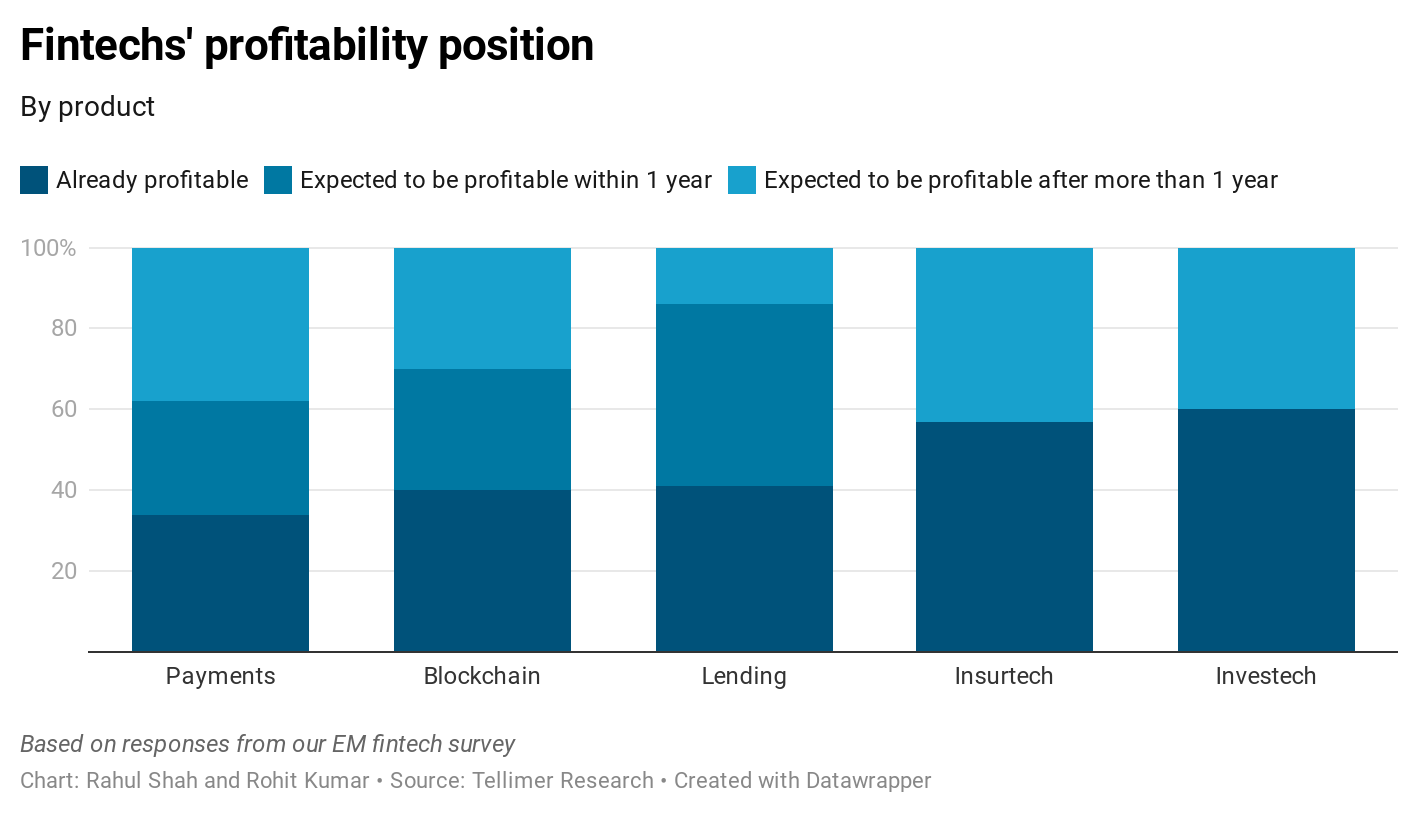 By country, 90% of surveyed Chinese fintechs claim to be profitable right now. China represents a huge addressable market, the sector is more mature than elsewhere, and we also see a greater diversity of fintech models in this country than elsewhere, suggesting most fintechs are targeting specific niches rather than competing head-on. However, with tightening regulatory conditions, this situation could rapidly shift.

In contrast to China, none of the surveyed fintechs in South Africa are currently profitable. The addressable population is smaller than in other large emerging markets, and the macro backdrop has also been unfavourable. 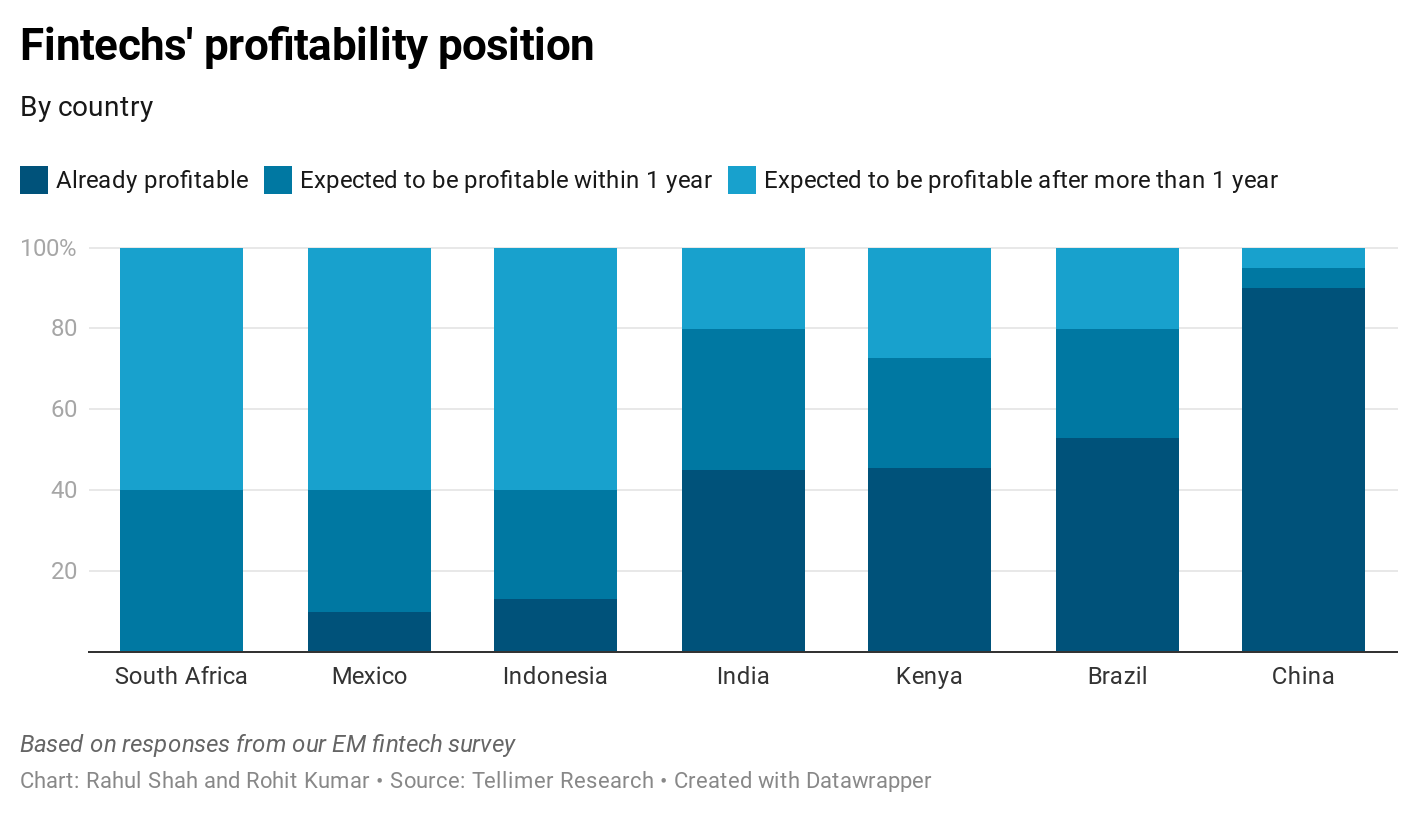