However, the problems transcend merely access to electricity. Insufficient capacity, low utilisation and access to low-cost financing are also equally important to address. While most focus is placed on various ways of increasing capacity, improving utilisation, and harnessing renewable energy sources (like solar and wind) in individual countries, the answer may lie in regional (or cross-border) electricity trade.

Other than increasing access to electricity, cross-border electricity trade can help drive down the cost of electricity (estimated at US$0.25/KWh or twice the global average) across the region, reduce shortages, and facilitate market integration. Africa needs this more than ever as the African Continental Free Trade Agreement (AfCFTA) comes into being and the region needs to boost productivity to benefit from the single market opportunity.

We believe Nigeria is well positioned to cater to the region’s demand. Four factors could make it a key player in the cross-border electricity trade in Africa. 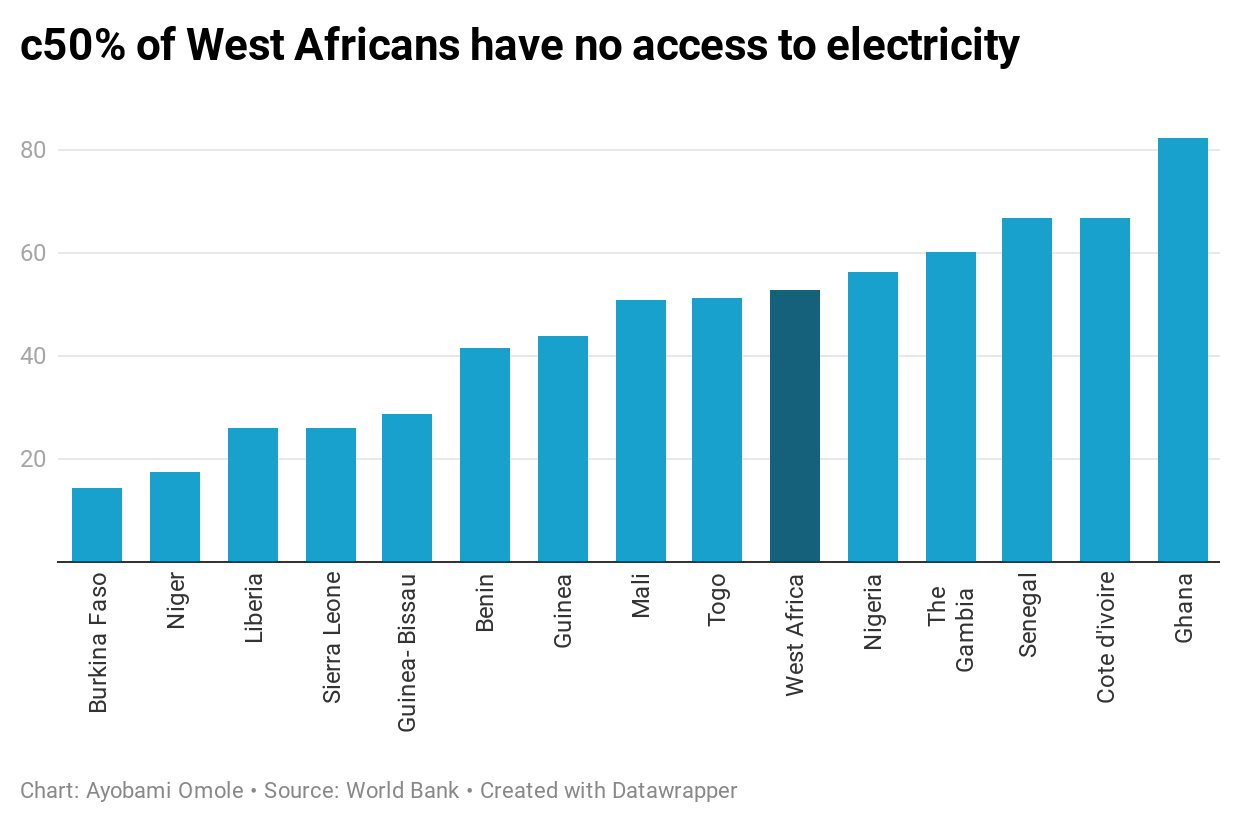 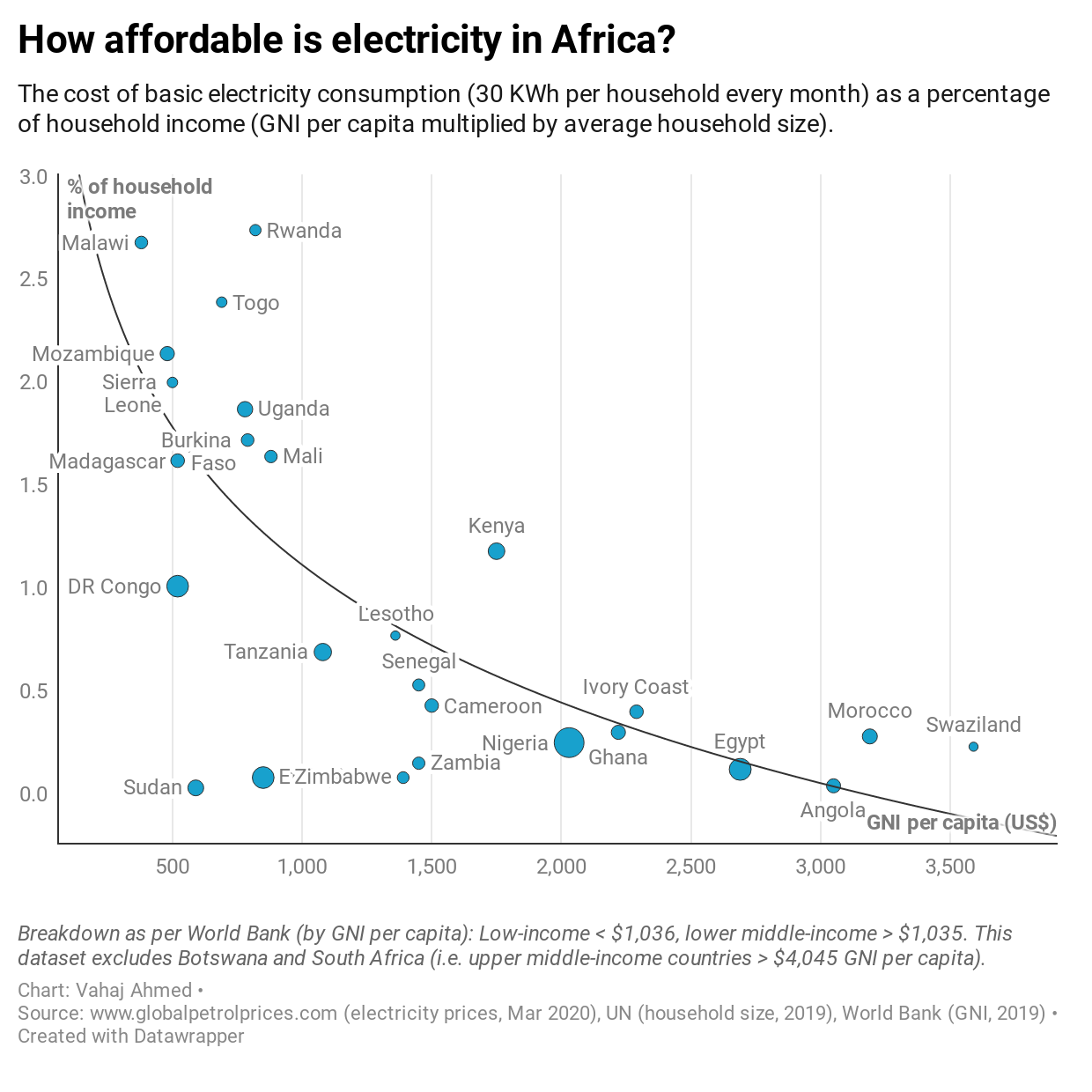 The map below of medium and high-voltage electricity lines across Sub-Saharan Africa shows there is already interconnectivity within regions. 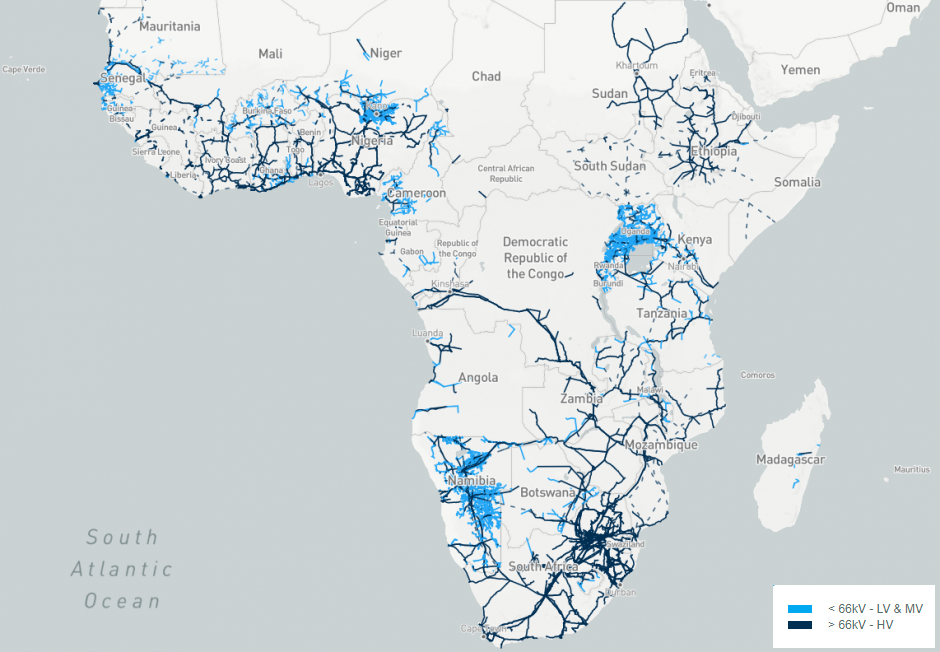 The regional power plan is not about a single country, but rather the whole region benefitting. However, some countries have the capacity to give more than others. Currently, the major exporters are Nigeria, Ghana and Cote d’Ivoire.

Despite the challenges facing the power sector in Nigeria, Nigeria has the potential to supply electricity to a large number of the West African countries due to its high population and relatively high literacy level, land area, installed capacity, electricity access rate, as well as hydropower capacity in the country.

By virtue of population size and literacy rate, Nigeria has the manpower needed to build and operate the power infrastructure. Nigeria also has the highest installed capacity in the region with over 12,000MW – the next country, Ghana, has an installed capacity of less than 5,000MW.

Furthermore, Nigeria’s proven oil reserves, gas, as well as the plentiful hours of sunshine in most parts of the country, mean the country has the potential to generate and supply more power.

Nigeria currently supplies electricity to Benin, Togo and Niger. 4,000 km of transmission line from Abuja (Nigeria) to Dakar (Senegal) – connecting multiple countries along the way – is currently being constructed. In addition, the Nigeria-Niger-Benin-Burkina Faso Power Interconnection Project funded by the African Development Fund is scheduled to be completed in 2022. 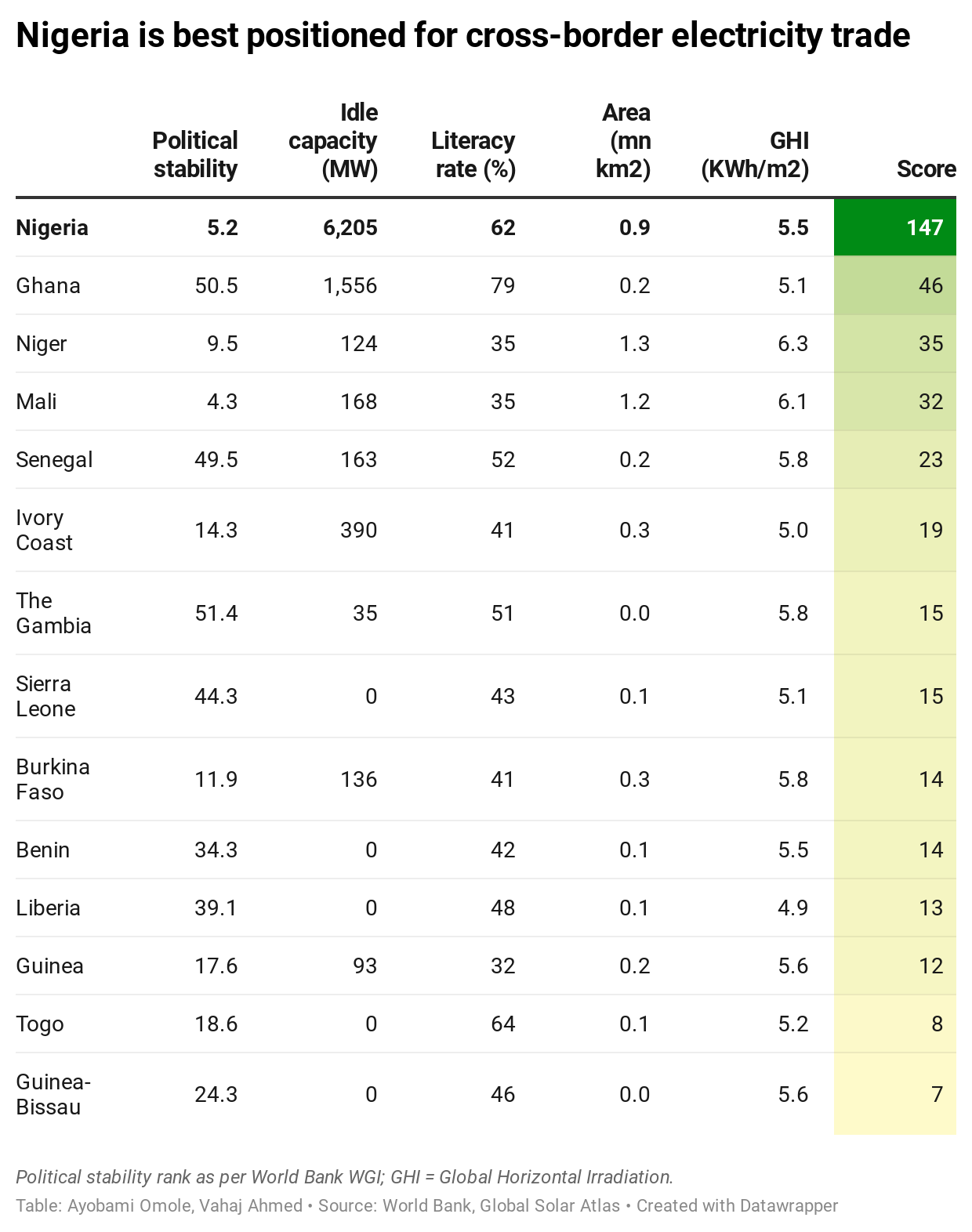 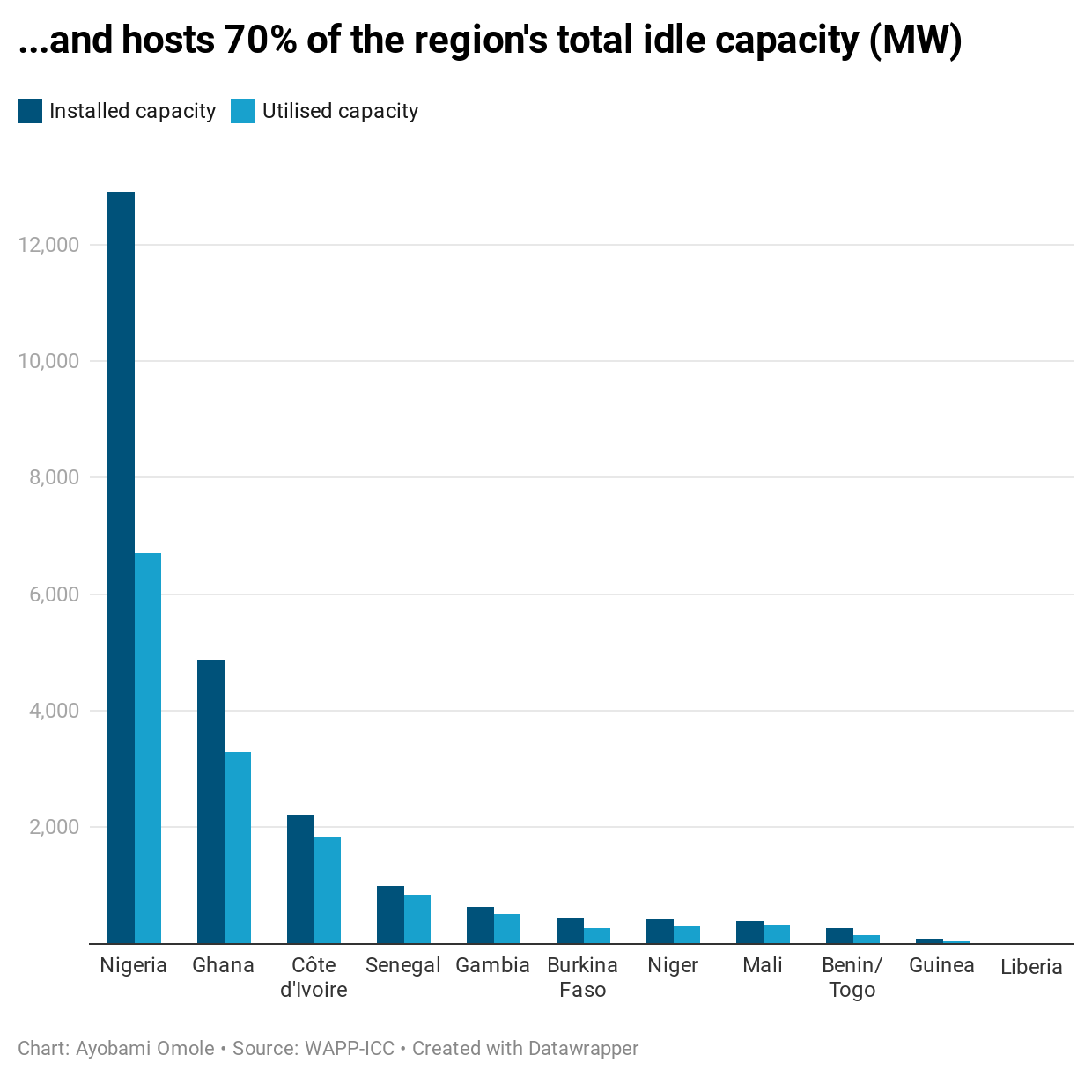 A key constraint is lack of collaboration...

Although Nigeria has the capacity to supply electricity to other countries in the region, there are a few constraints that might make the realisation of this opportunity very slow.

The first clear challenge is the cynicism about Nigeria and its ability to support the region while the country grapples with its own energy deficit. With Nigeria's own power crisis still glaringly obvious, there is suspicion that most of the resources and efforts would be channeled towards ensuring that electricity consumption first improves in Nigeria.

However, effective collaboration (and effort towards a single electricity market) among the member states is another key concern. Some West African countries are delaying on payments and this is likely to make electricity exporters reluctant to supply to these defaulting countries – a solution to this would be for the Economic Community of West African States (ECOWAS) Regional Electricity Regulatory Authority (ERERA and/or similar regional bodies) to strengthen the legal and institutional framework to attract more investment in the cross-border electricity trade.

West African countries have had the dream of a regional power grid for a while now. In 1999, 14 countries under the auspices of ECOWAS set up the West African Power Pool (WAPP), with the aim of pooling electricity and taking advantage of each country’s energy resources to improve electrification in the region. WAPP currently has 30 members comprising generation, transmission, and distribution companies from 14 countries. Its success has been marred by the low generating capacities of member states, payment defaults by member states, funding challenges, as well as delayed co-operation between member states. According to the World Bank, the success of WAPP could save the West Africa region US$5-8bn annually, and could reduce the power cost in most member countries by 50%.

The map below of medium and high-voltage electricity lines across Sub-Saharan Africa show there is interconnectivity within regions.

...which could improve with the AfCFTA, single electricity market and oil majors' new focus on renewable energy

On 1 January 2021, the African Union (AU) launched the AfCFTA, which eliminates tariffs on c90% of the goods produced in the continent, addresses non-tariff barriers to trade and guarantees free movement of labour. As one of the world's largest single markets, the AfCFTA accounts for US$4 trillion in spending and investment across 54 of the 55 AU member states, and is the key to accelerate economic development across the continent.

Africa predominantly exports primary goods and its share in global exports currently stands at 3%. The governments of the AU member states finally realise the importance of manufacturing capability in export diversification and, in turn, the dire need to invest in infrastructure (mainly power). In December 2020, they approved the policy paper and roadmap for the African Single Electricity Market (AfSEM) and its master plan interconnecting its underlying infrastructure. AfSEM's first phase (which includes harmonising regulatory frameworks and integrating generation, transmission, and distribution master plans) could be achieved by 2023 and is expected to be fully operational by 2040.

On the other hand, the transition of oil majors (like BP, Shell and Total) away from oil and gas could mean clean energy opportunities open up across Africa. Instead of walking away from large, oil-dependent countries like Nigeria (which Shell sees as a political risk from which it can finally disengage), oil majors could prompt governments to adopt policy frameworks to attract investment in clean energy using their skill at government relations, honed over decades of creating and/or managing economic opportunities to fuel national development.

With the possibility for free trade under AfCFTA now open and the AfSEM to be adopted later this month, oil majors should seize the opportunity presented by Nigeria (and other African countries with plentiful natural gas reserves and renewable energy potential) to help push clean, distributed energy across the continent and energise Africa's least-developed countries.