Opposition "pro-democracy" members of Hong Kong's Legislative Council resigned in protest of the removal of some of their colleagues under the recently passed law in China on the removal of sitting legislators deemed "unpatriotic" (ie actions that are deemed a threat to national security, such as promoting independence). This likely prompts US President-Elect Biden to reiterate his rhetorical lecture on "values" to China. Meanwhile, Hong Kong property prices are likely to continue to stagnate.

(2) Replacement of senior Chinese national government representatives in Hong Kong (eg head of the Liaison Office) at the start of 2020, the passage of China's national security law (which requires adherence in Hong Kong) in May 2020;

(3) US President Trump's termination of Hong Kong's special status in July; and

(4) Postponement of Hong Kong Legislative Council elections by a year (to September 2021). 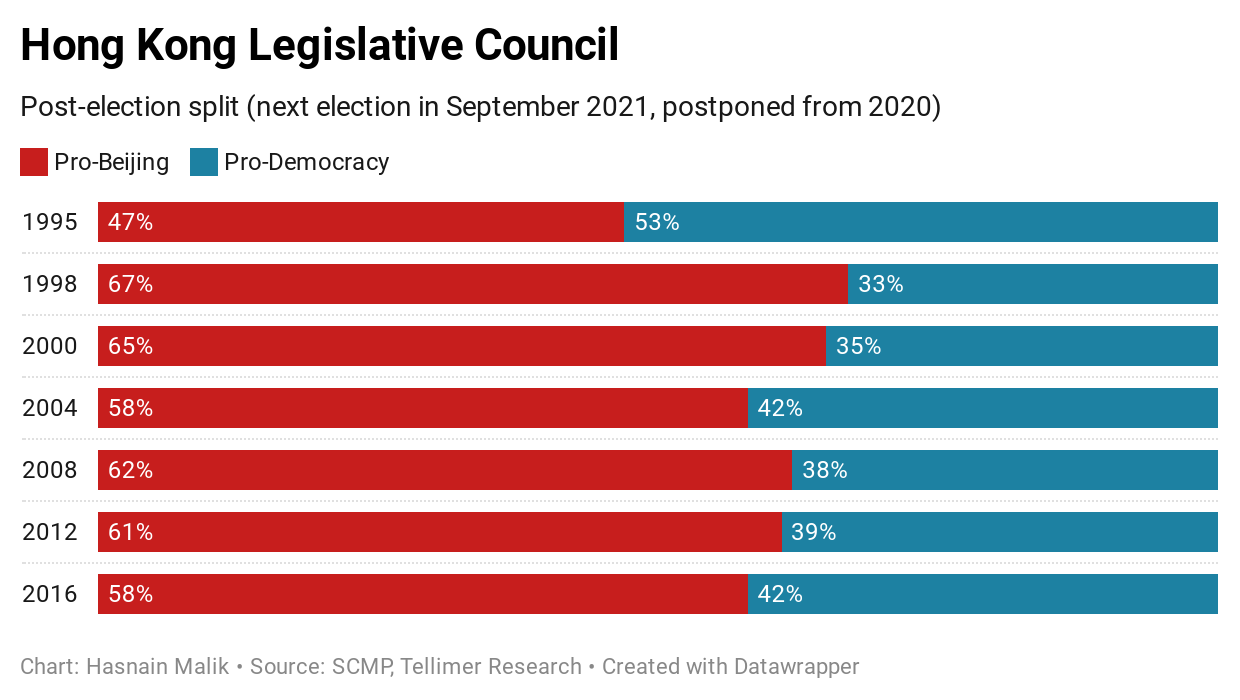 US President-Elect Biden likely reiterates his rhetoric from May 2020, when he published a comment on President Trump's reaction to the passage of China's national security law. His comments then included the following, "Leaders in Beijing are proposing a law to further erode Hong Kong’s autonomy and the rights of its citizens... We need to be clear, strong, and consistent on values when it comes to China. That’s what I’ll do as president."

We expect Biden's policies on China to reflect the bipartisan consensus, which is suspicious of China but in a manner that is grounded in multilateralism, as opposed to Trump's unilateralism.

This is not to say it will be any more effective from the perspective of China hawks, but it may make dealing with China even more difficult (eg for companies in the Technology sector, investors in Chinese corporates and capital markets, or countries involved in the Belt and Road Initiative).

Hong Kong likely continues to witness friction between those in favour of independence from mainland China and those in favour of closer integration. In the short term, most expatriates are driven by job prospects and a better living environment compared to their place of origin.

Law and order conditions in Hong Kong have not shifted sufficiently to prompt an expat exodus (and political representation and political liberty are usually low on the list of wants for expats globally).

However, the mood of corporates is already gloomy (albeit brighter than at the trough earlier this year, when measured by PMI survey data) and Hong Kong property price are already in the longest period of stagnation seen in the last decade. Developments such as this resignation of opposition lawmakers likely means that these trends persist. 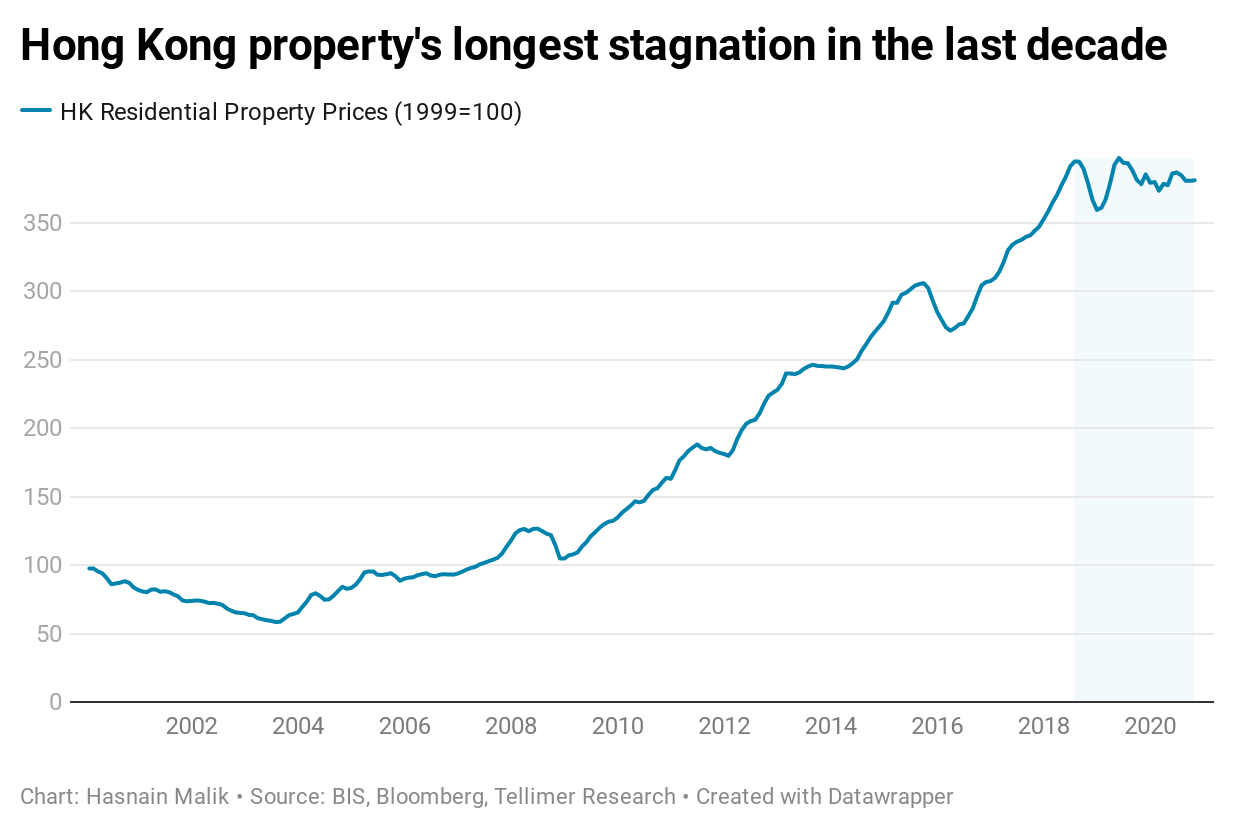 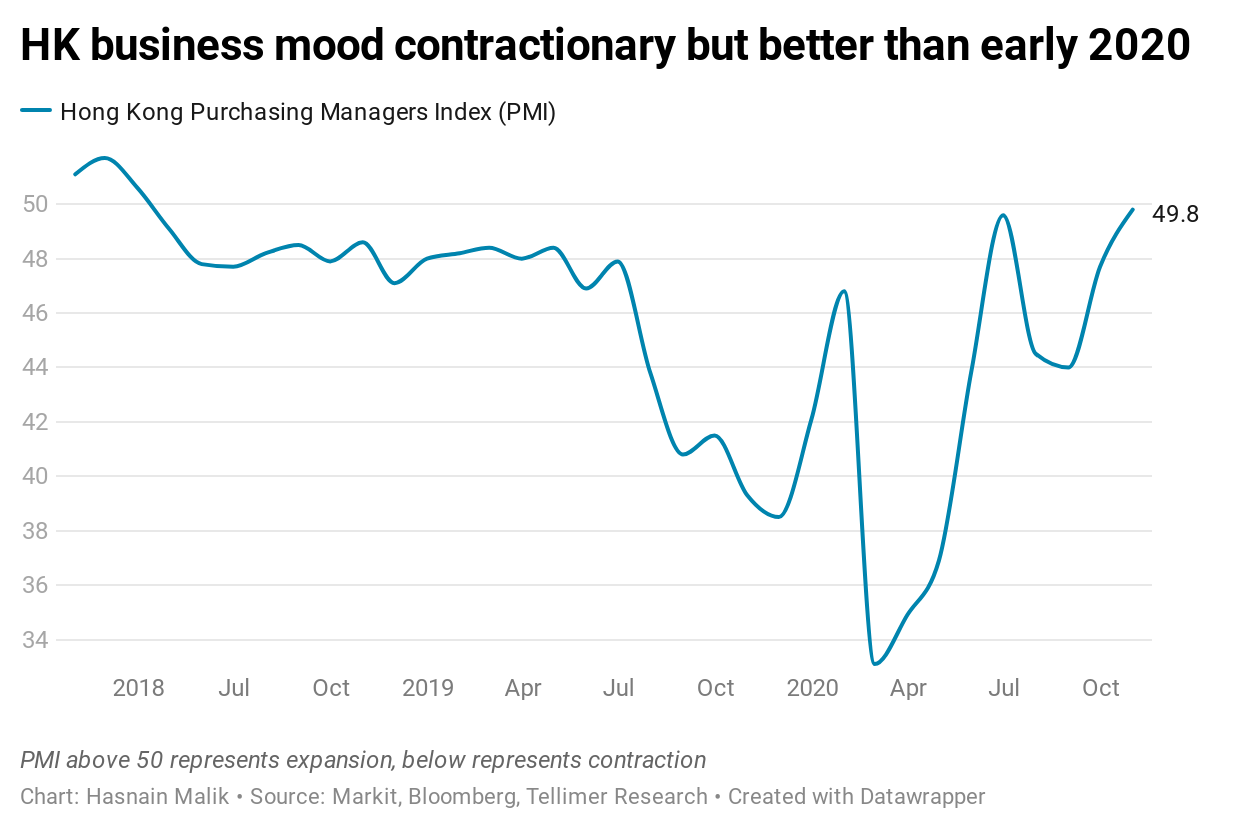