Indonesia's tech giant GoTo is mulling an IPO, according to Bloomberg. The company is looking to raise US$2bn at a pre-IPO valuation of US$30bn.

Abu Dhabi's sovereign wealth fund Abu Dhabi Investment Authority (ADIA) may invest US$400mn in the round. If so, ADIA would join a marquee list of investors that include Google, SoftBank, Tencent, KKR and Temasek.

GoTo is the merged entity between Indonesia's ride-hailing giant Gojek and Tokopedia. Gojek has more than 2 million drivers in its fleet across Southeast Asia; Indonesia is its main market. Tokopedia is one of Indonesia's top e-commerce players with a tight grip on e-commerce in the country's 17,000 islands.

GoTo is the third player in the tech battle for super-app status in ASEAN. We expect a three-way battle for supremacy between GoTo, Grab and Sea Limited. 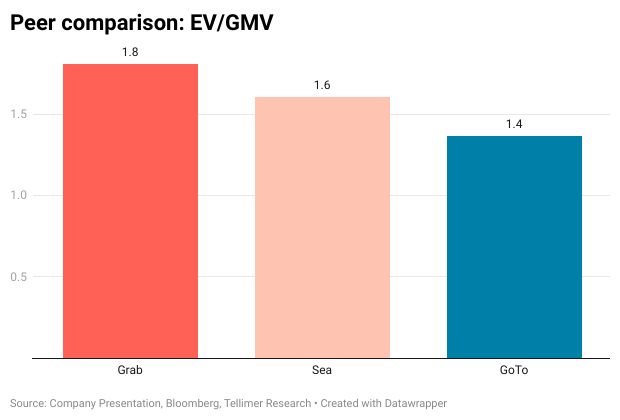 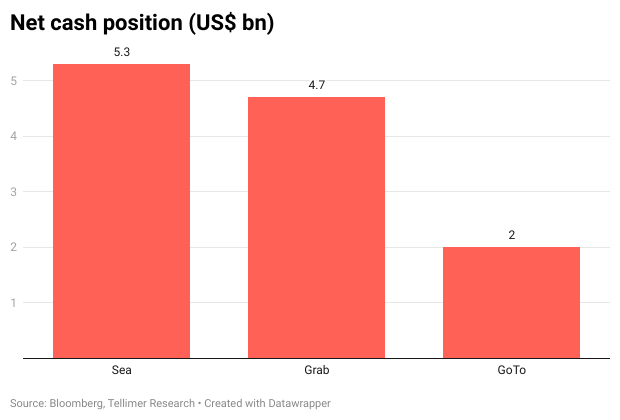 In this battle, market share and revenue growth are the principal indicators – cashflow positivity and profitability may materialise only after FY 23. All three companies are likely to face net losses for at least three years. Grab has stated that it won't be operationally profitable till 2023, while Sea's net loss for 2020 worsened by 11% yoy to US$1.62bn.

The three players are looking to follow Alibaba's course – the Chinese tech giant only became FCF positive in 2011 after years of cash burn. Its FCF has grown at a CAGR of 73% in the last decade, rising by a factor of 27.

To attain the super app status, the aspirants would require: (i) deep cash reserves to sustain losses; (ii) capital expenditure for the fulfillment centres to store goods; and, (iii) high advertising expenses to get the word out.

Among the three competitors, Grab is in an ideal position to emerge as the prime super app. It will be a one-stop-shop for ride-hailing, food delivery and payments. Grab is already active in 400 cities in 8 countries. It has 25 million users and 2 million merchant partners. Although Grab's super app potential has largely been ignored by the market, its adjusted net revenue as a percentage of GMV is 5% and the company's take rate has risen threefold since 2018 – this is superior to Alibaba's.

The clincher will be Grab's balance sheet – the company will have more cash and will be able to outspend its two rivals. The PIPE investors from the SPAC deal will invest US$4bn and if one adds the US$500m that Altimeter holds, Grab will have a net cash balance of US$4.7bn.

By comparison, Sea Limited's net cash is US$5.3bn (this is despite raising US$6.4bn in September). Sea may have a better cash balance, but it would burn cash quicker. Grab on the other hand has an estimated net cash position of US$4.7bn and its cash burn will be lighter than that of Sea. The third competitor, GoTo, has an estimated net cash of less than US$2bn. All three players may have net cash of US$4-13bn by the end of 2021.

We urge investors to accumulate AGC US, the SPAC that Grab is merging with; we have a Buy recommendation with 28% upside.