Google has announced that its subsea internet cable, Project Equiano, will travel from Portugal to South Africa, passing through Togo, Namibia and Nigeria. The project is part of Google's plan to invest US$1bn in Africa's digital transformation, which also includes investment in startups and smartphone financing. In this report we highlight the subsea cable's importance for internet connectivity, but also note that there are still significant other challenges to the region's internet problem.

What are subsea and terrestrial cables?

A subsea cable, otherwise known as a submarine cable, is a fibre optic cable laid on the ocean floor, connecting countries worldwide and enabling quick data transmission. Terrestrial fibre optic cables are cables used to extend the internet connectivity from subsea cables to other parts of the countries or to landlocked countries.

Africa is a fast-growing internet market

Sub-Saharan Africa is one of the least connected regions globally, but is one of the fastest-growing regions population-wise. It’s ever-increasing young population is a great prospect for the internet economy. In addition to population growth, according to Ericsson, Africa's mobile data traffic is expected to increase four-fold over the next five years. As such, there is a lot of value to unlock in deepening internet connectivity.

This opportunity has been the driving force for big techs' interest in the continent. Apart from Google's US$1bn plan, last year, Elon Musk's Starlink announced its intentions to expand to Africa. In addition, the Facebook-backed 2Africa Subsea cable connecting Africa, Europe and Asia is expected to be completed by 2023. Elsewhere, other big techs including Amazon and Oracle are expanding their data centre capacity in the region. These investment activities speak to the growth opportunity for Africa's internet economy. 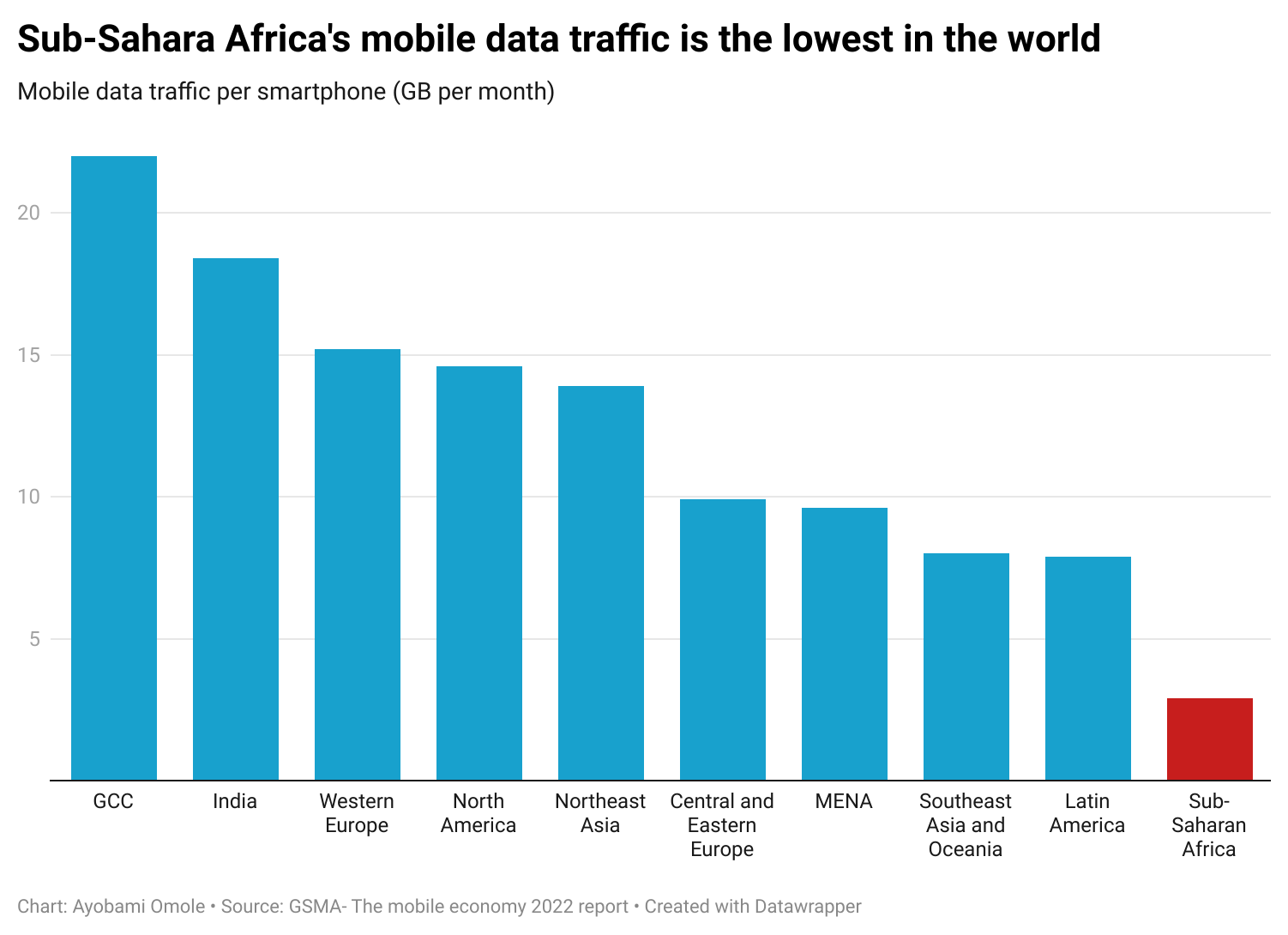 It is a boost for Togo that it will be one of the landing sites, given it currently has low internet penetration and poor internet affordability. 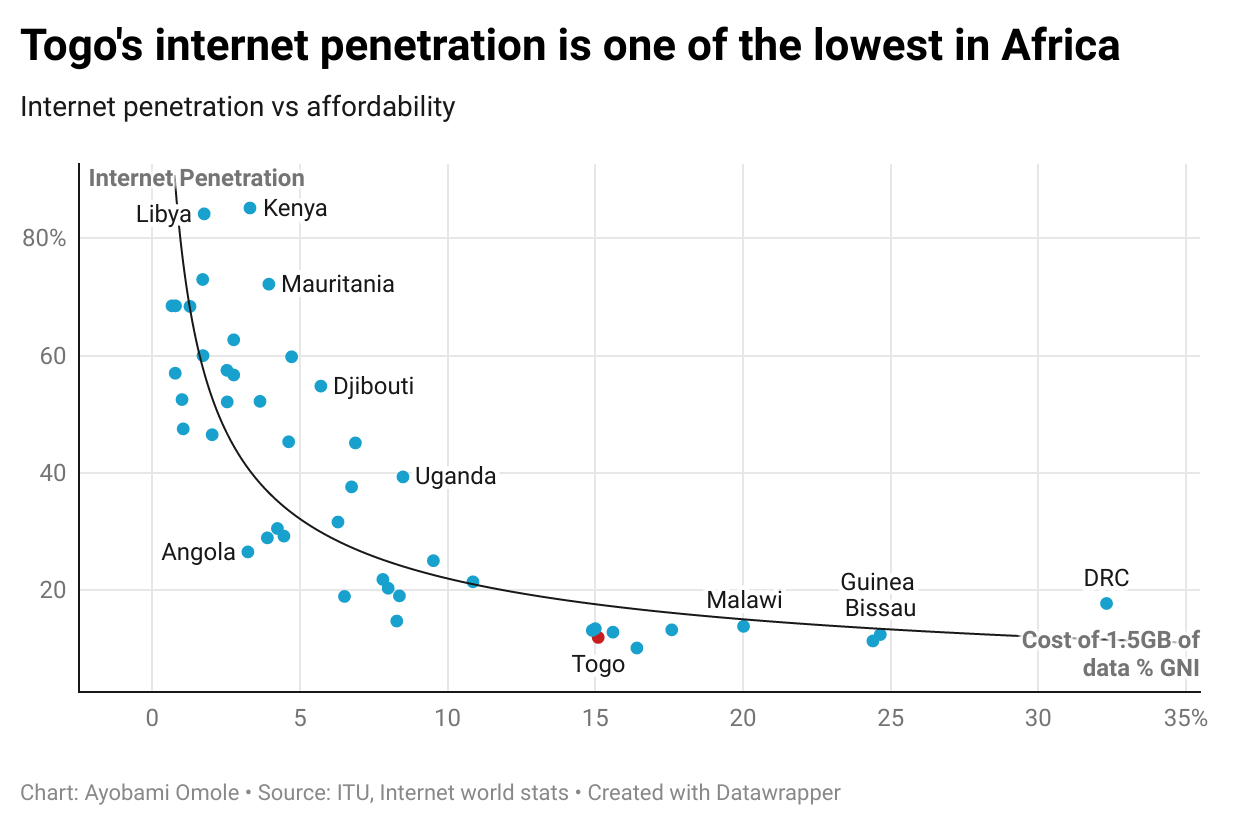 As we have previously highlighted, lack of infrastructure is a significant barrier to connectivity and internet affordability on the continent. As such, the cable should expand internet capacity in the region, especially for countries like Togo that currently have few cable landings. 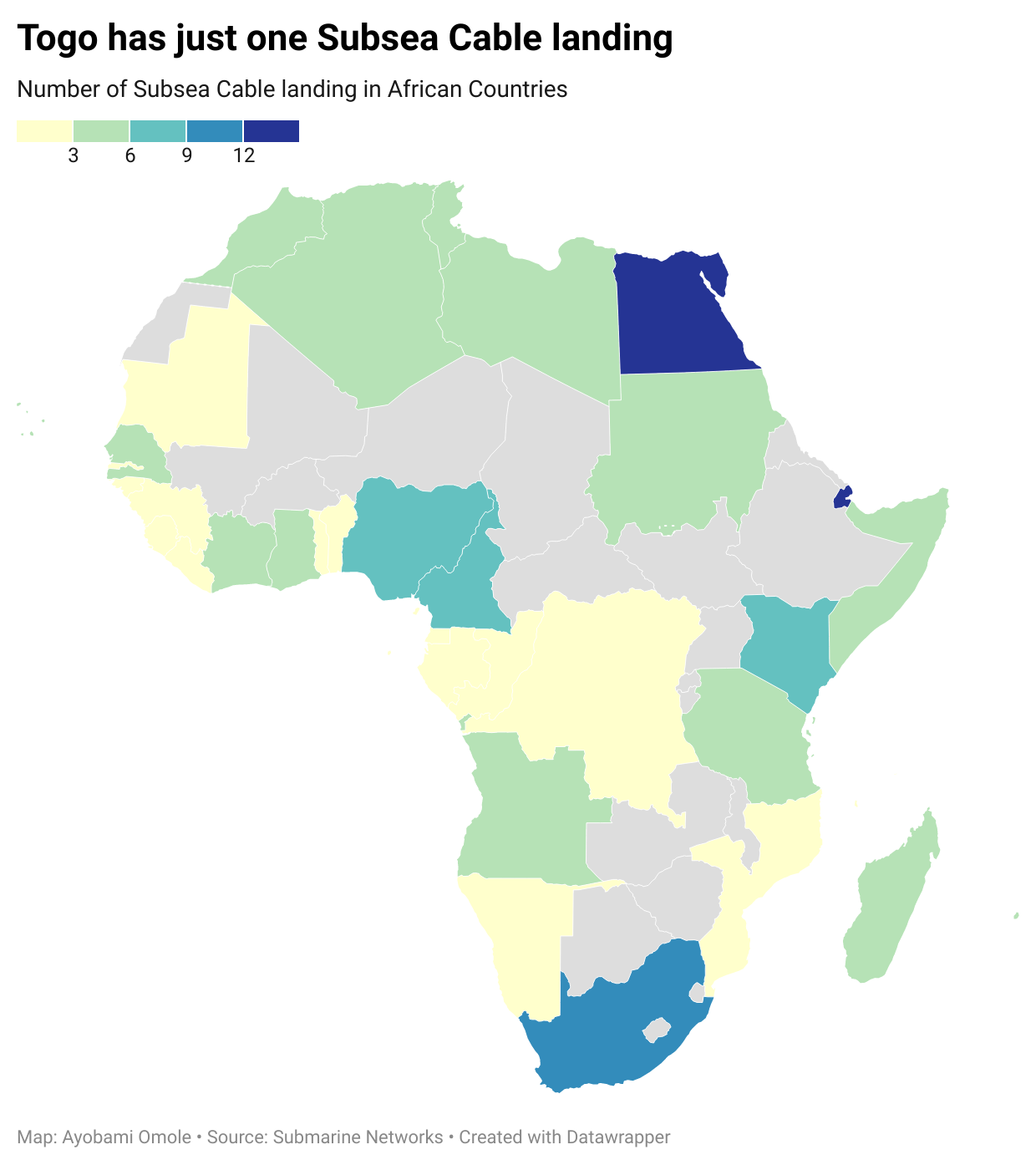 An economic impact assessment of Equiano by Africa Practice estimates that internet speed will double, internet retail prices will decline by 14% and the project will add US$351mn to Togo’s economy by 2025.

But there are many more challenges

37 of the 38 coastal African countries have at least one subsea cable landing, but the internet capacity provided by these cables is not being fully utilised. For instance, in 2019, the Association of Submarine Cable Operators of Nigeria claimed that Nigeria was using just c10% of its submarine cable capacity. Although Subsea cables will expand the internet capacity in the region, there are other hindrances to the utilisation of internet capacity.

Key among them is the lack of terrestrial cable networks to transfer connectivity from the landing sites to inland and to other landlocked countries, because of issues such as the expensive right of way charges by state agencies and challenges in justifying the investment needed to lay cables to rural areas. 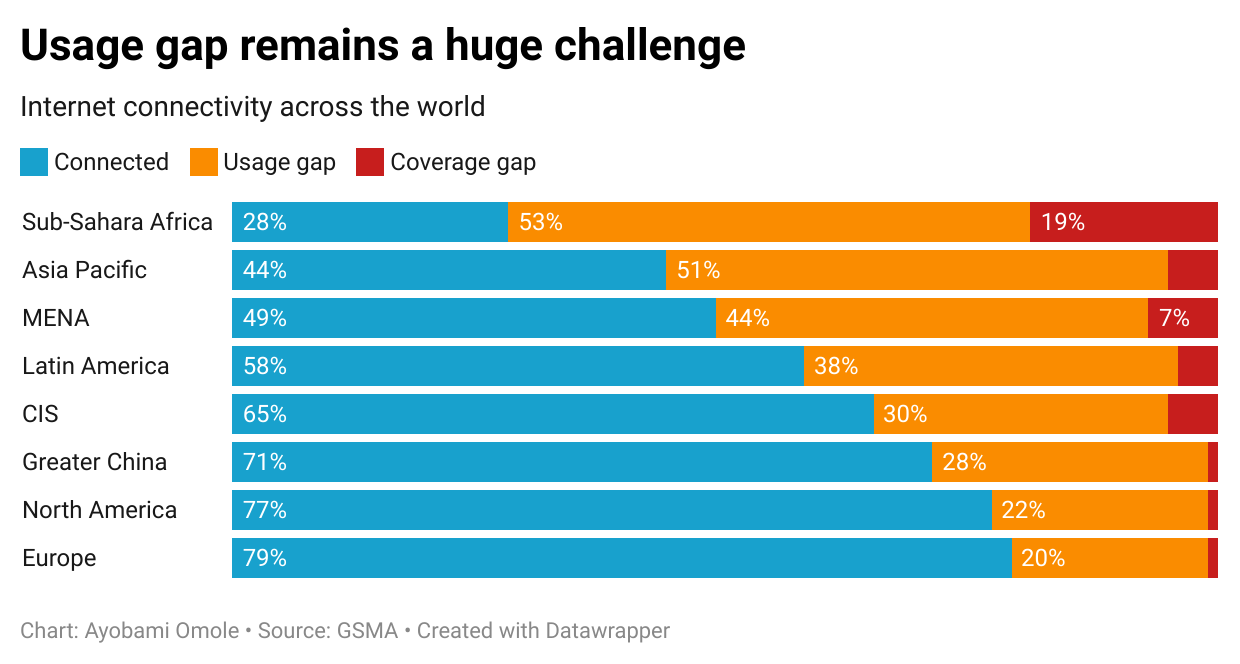 Beyond that, longstanding issues such as smartphone affordability, poor policymaking, lack of suitable content and low income remain barriers.