Ghana's E-levy: A setback for digital payments, a gain for fiscal health

Ghana's lawmakers have approved a 1.5% E-levy on all electronic transactions above GHS100 – this includes all inward remittances (to be paid by the recipient), all P2P mobile transactions (and bank transfers) and all POS/merchant payments. Ghana has been making strides towards a cash-lite economy, and mobile money activity has been growing steadily, but the new tax might slow that growth. In this article, we highlight the impact the new tax may have on digital payments in Ghana, and the fiscal benefit for the government. 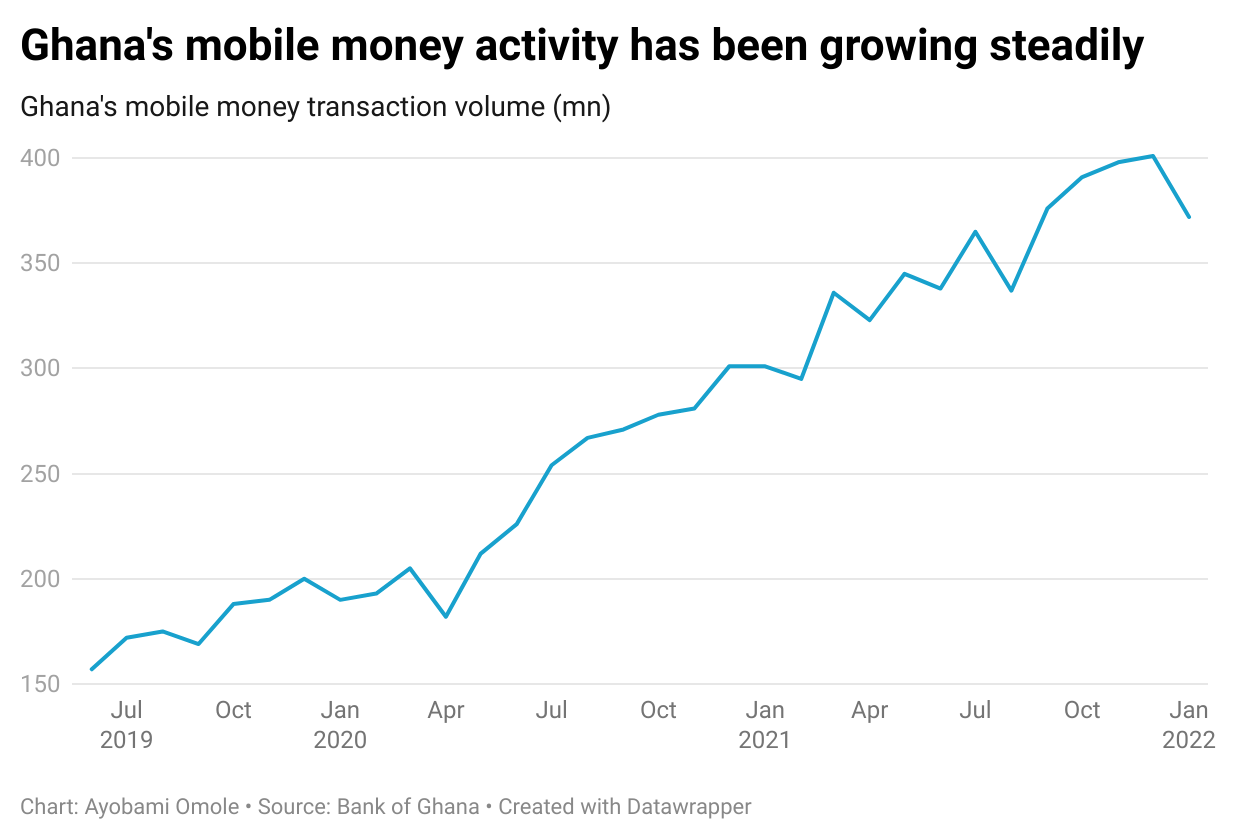 Not the first, and won't be the last

As mobile money has become increasingly profitable across Africa, various countries have introduced taxes on digital transactions. For instance, Uganda introduced a 1% (later dropped to 0.5%) levy on mobile money, while Tanzania introduced a 0.1% minimum tax in 2021, which was later reduced to 0.07% after stiff opposition. In addition, Cameroon announced a 0.2% tax on mobile money earlier this year, and although the plan met with opposition the government pushed ahead. Elsewhere, there is a NGN50 stamp duty in Nigeria on receipt of electronic funds exceeding NGN10,000. In short, the move by Ghana is not the first, and it will not be the last.

A blow for financial inclusion?

From a user perspective, there is not much difference between fees and taxes and reducing overall transaction charges should be the goal if the government is serious about financial inclusion and encouraging cashless payments.

Ghana's government had been signalling since last year that it would introduce a mobile money tax, first through a withholding tax on cash-out transactions. The announcement of the E-levy bill in December 2021 saw mobile money transaction volume and value decline by 7% and 8%, respectively, in January. The implementation of the E-levy has not started, but media reports indicate that customers have rushed to withdraw funds from their mobile money wallets (through agents) since the bill was passed. 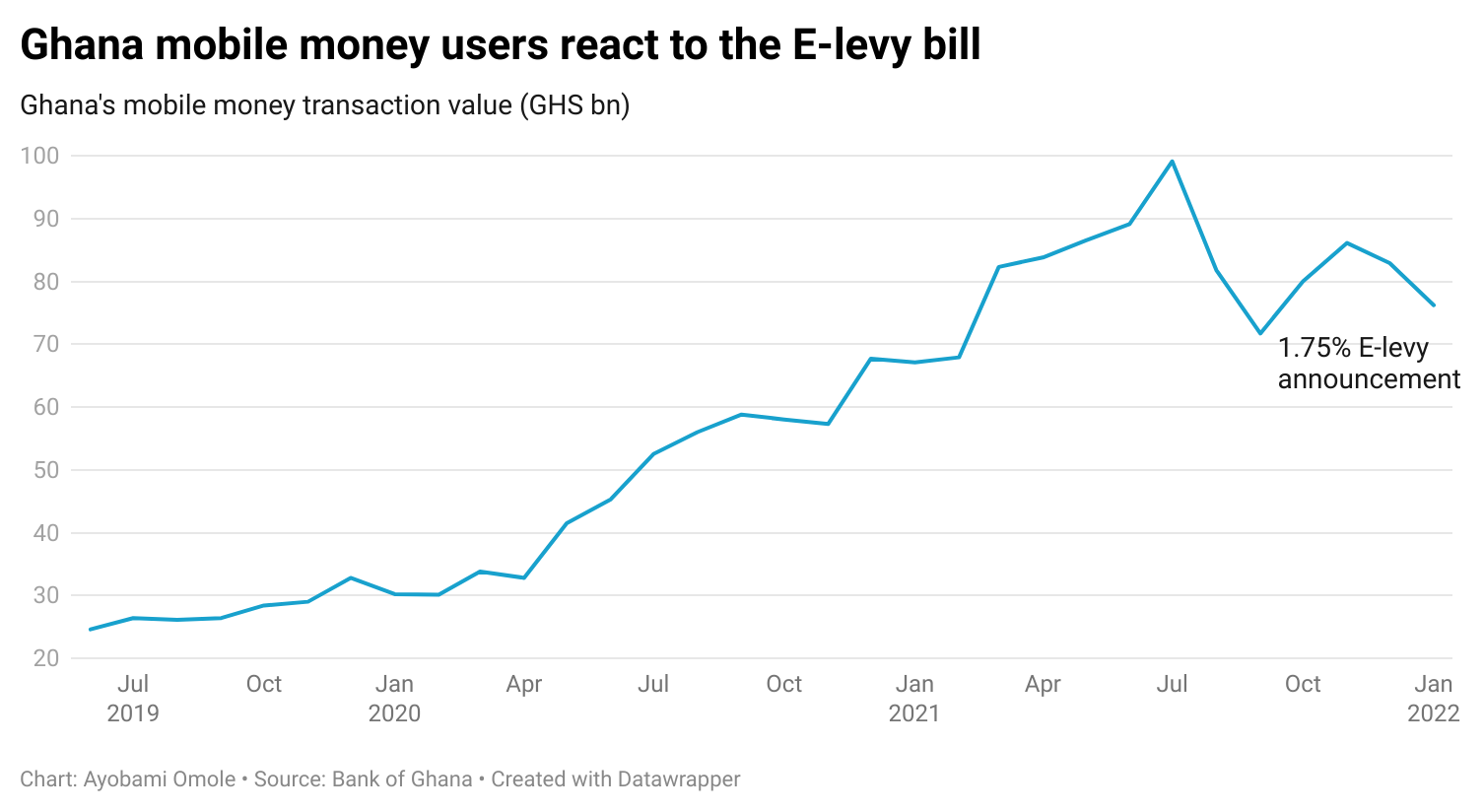 Telcos including MTN (Scancom) and Airtel Tigo have agreed to cut P2P transaction costs by 25% to reduce the impact of the new levy. Telcos are the biggest players in Ghana's mobile money market, and there are not many alternatives for consumers as internet banking transactions are also affected by the levy.

The convenience of mobile money and the adoption of it into everyday life in Ghana means that customers are likely to keep using mobile money despite the increased charge. However, we expect to see a short-term decline in transaction volume and value before consumers adjust to the new levy and/or operators are forced to further reduce charges.

A gain for fiscal health

Ghana is in a challenging economic situation – there are severe concerns around debt sustainability, the currency is falling in value despite rising commodity prices, and inflation continues to rise. To avert the impending crisis, Ghana's central bank recently raised its interest rate by 250bps to 17%, and the government is now cutting spending and increasing taxes. The introduction of the 1.5% E-levy is an effort to widen the tax net to include the informal sector, especially since many informal sector transactions now happen through mobile money.

Ghana's president argues that the E-levy will rake in cGHS6.9bn in government revenue. This, coupled with the proposed spending cuts, should help Ghana's government lower its budget deficit from a projected 12.1% of GDP in 2022 towards target levels of 7.4% of GDP.