Ghana's Ministry of Finance (MOF) announced today the suspension of payments on certain external debt pending (it hopes) an orderly restructuring (see press release here). It said it will hold an investor presentation at a date to be announced at a later stage. The announcement on the external debt follows the launch of a domestic debt exchange on 5 December.

The suspension covers payments on eurobonds, commercial term loans and most of its bilateral debt (but it doesn't say which). Multilateral debt, new debts (whether multilateral or otherwise) contracted after 19 December 2022, and debts related to certain short term trade facilities are excluded.

A suspension (or moratorium) amounts to an event of default on the bonds (although whether bondholders seek to accelerate remains to be seen). As such, we expect ratings agencies to downgrade to default in due course (currently Ca/CC/CC). 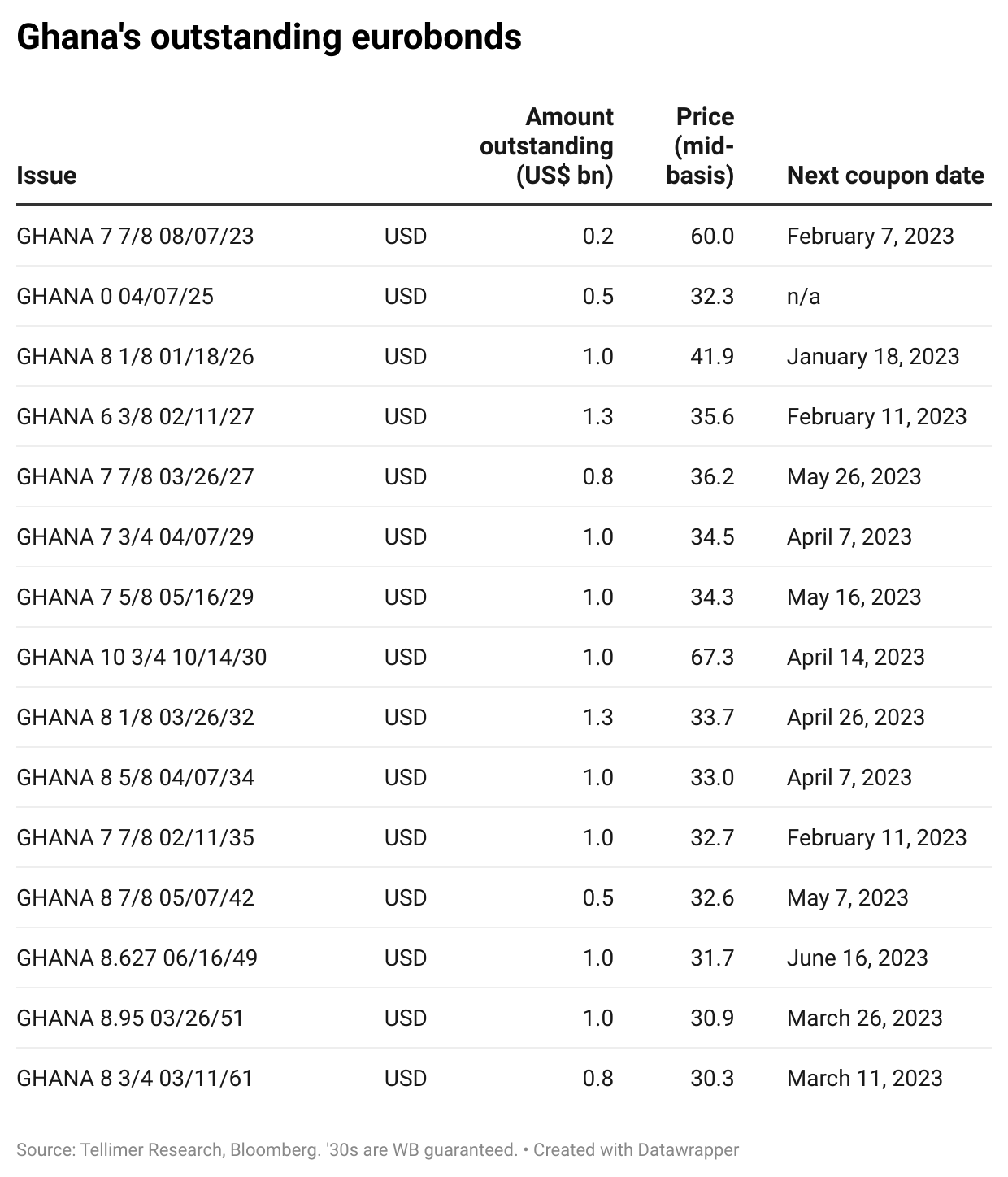 While the government signalled its intention to restructure its foreign bonds in its announcement in the budget last month (although leaving the details vague), we think the timing and manner of this announcement will come as a surprise. The announcement, a week before Christmas, comes after the extension of the deadline for the domestic debt exchange at the weekend (the domestic exchange was due to expire today but has been extended to 30 December) – which may suggest it is suffering from problems and low participation.

Moreover, the decision to suspend eurobond payments adopts an unnecessary and fairly hard-line, and confrontational tone, ahead of bondholder negotiations. It also breaks with recent experience of sovereigns seeking bondholders' consent via consent solicitation to defer payments and restructure while talks progress (which could be seen as a friendlier and more cooperative approach, although that doesn't always happen and is not guaranteed just by virtue of a consents approach) – that is, Ghana's approach is more Venezuela than Ecuador.

However, the statement makes specific reference to the central bank's limited official reserves, which could have forced the decision.

The announcement also comes less than a week after the IMF's staff-level agreement. The MOF's press release today asks that creditors respond in an expedited manner to ensure that the IMF programme is adopted by the IMF Board as soon as possible in early 2023. Progress on debt restructuring is a prior action for Board approval. Given that, Ghana probably had to announce something pretty soon anyway and may have concluded it had a limited window to do so.

In any case, the announcement formalises what we have been expecting for some time and Ghana now becomes Sub-Saharan Africa's biggest sovereign bond default in years, comfortably passing others (Cote d'Ivoire, Seychelles, Rep of Congo, Mozambique and most recently Zambia) in recent years.

Ghana's foreign bonds are now trading flat and are indicated 1.5-2.0pts down this morning. The GHANA '32s are indicated at a mid-price of US$33.6 (yield 30.5%) at the time of writing on Bloomberg, down 1.5pts from Friday's close, albeit they are only back to the levels they were before the IMF announced staff level agreement.

Still, despite a looming restructuring, we maintain our Buy recommendation on Ghana bonds (with the '32s one of our Top Picks for 2023), on the basis that we expect recoveries to be higher than implied by current prices, although today's news reaffirms our view that bondholder negotiations could take time. 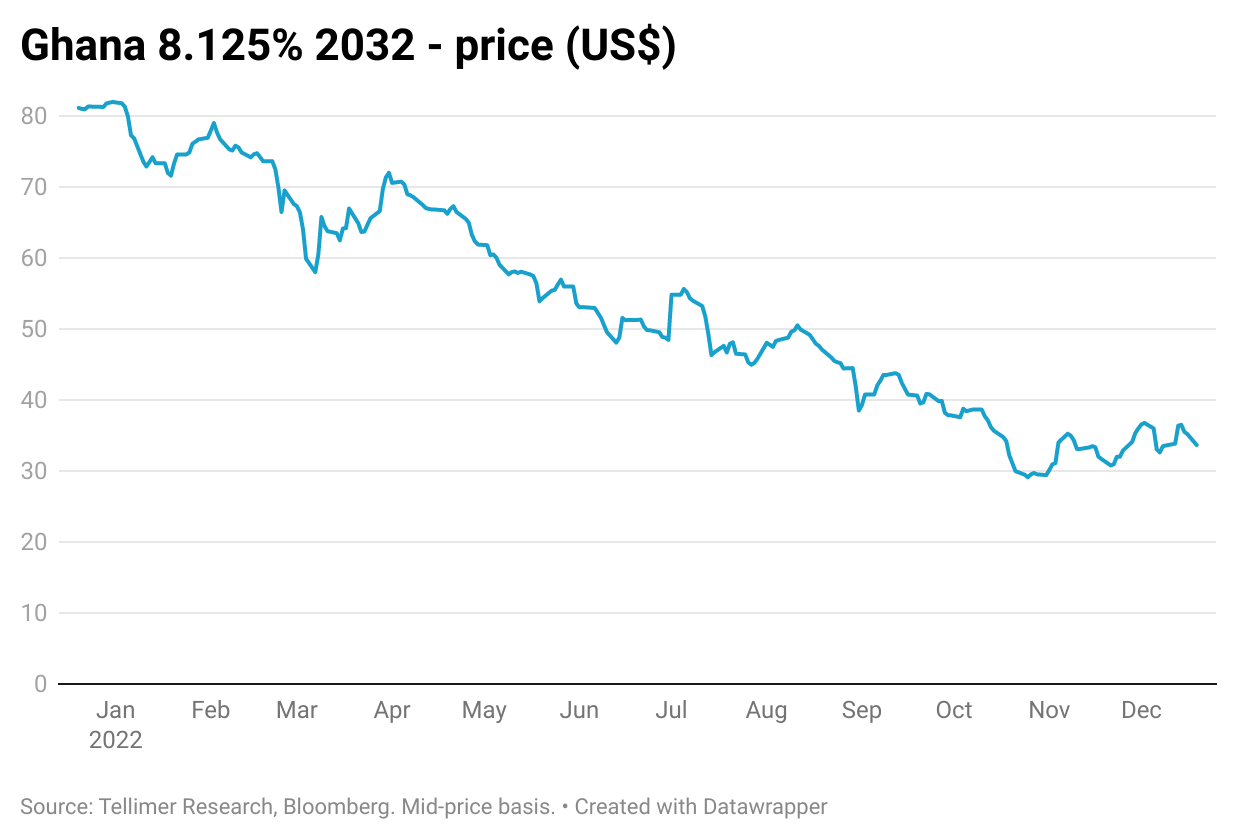