In our latest look at the impact of the economic shock brought on by Covid-19, we focus on geopolitics. We think there will be long-lasting negative effects on regime stability, structural reform and relations with neighbours.

In the same way that hysteresis (the impact of shocks far outlasting the duration of those shocks) can impact individuals or segments of an individual economy, it can impact entire countries or blocs of countries. The effects of the global demand shock will likely outlast the shock itself:

Commodity exporters will see greater risks to government stability, particularly where citizen welfare expectations are high, such as in the GCC (where fiscal breakeven oil prices are far above current levels), political legitimacy was already at risk (eg Algeria, Iraq, Iran, Peru), or where Covid-19 responses are particularly poor (eg Brazil, Iran).

Countries in the midst – or in urgent need – of structural reform, likely find it politically much more difficult to implement this reform in a much tougher economic environment (eg France in developed markets, Brazil, India, Saudi, South Africa in the large emerging markets, or Argentina, Egypt, Indonesia, Pakistan, Philippines in smaller emerging markets).

It is possible, of course, that the current crisis may prompt some countries which have been reluctant to pursue structural reform historically to change course. There is no sign of this yet and there likely needs to be much more pain felt before the deep-seated vested interests, which have inhibited reform historically, acquiesce, eg Bangladesh, Indonesia, Nigeria, Thailand, or Zimbabwe could all be candidates for this.

In the same way that inequality is likely to increase between individuals within one country (the regressive impact of the economic shock), it is also likely to increase between countries in the same region. The results are also analogous: more spillover of insecurity, migration, strain on bilateral relations, appeal of nationalist politicians. Note the initially scornful response to the Covid-19 outbreak in Iran by some of its neighbours (and the US) and the subsequent blame directed at Iran when infections spread to those neighbouring countries, or the use of Covid-19 as a pretext for populist politicians in Europe to reinforce their message on refugees and immigration. 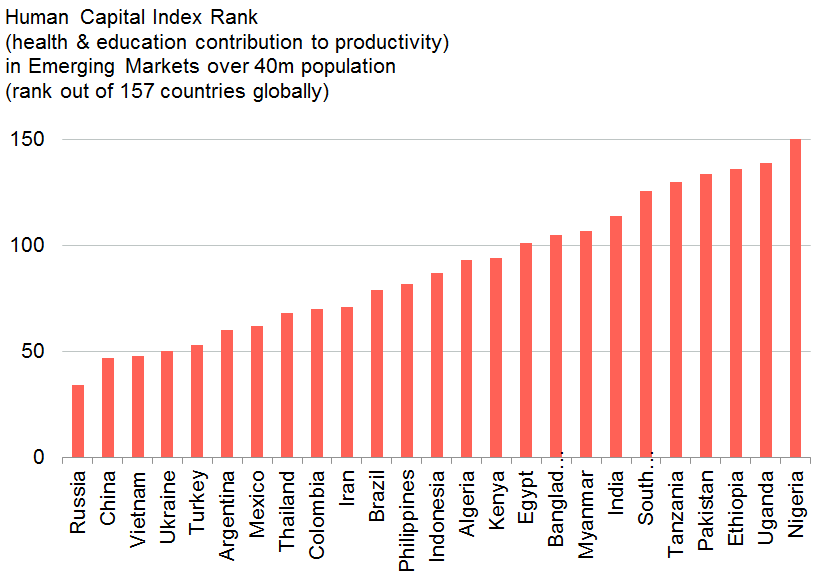 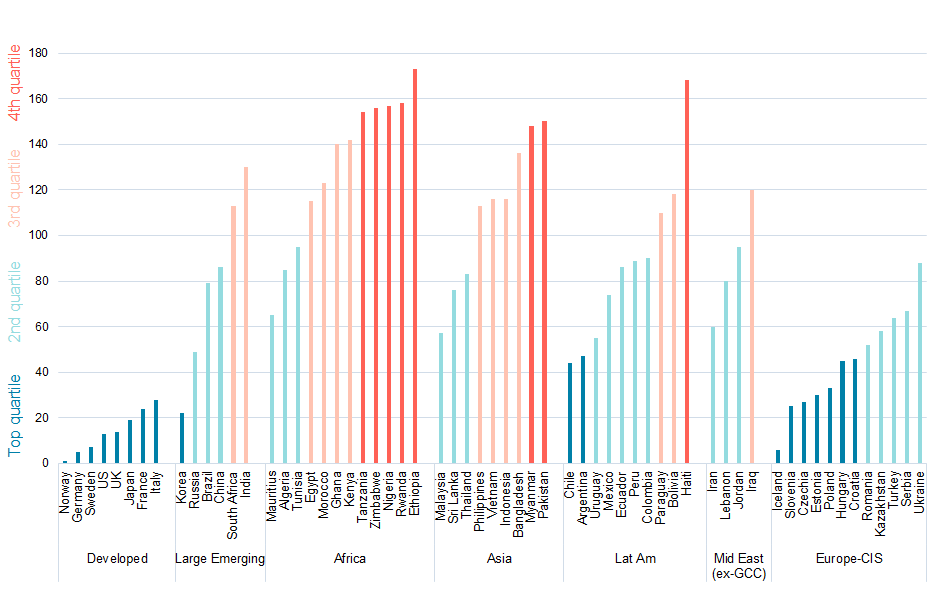 Prior to the current crisis, strains were already evident in regional blocs and security alliances, such as the EU, NATO, and the GCC. (In this context, organisations like the African Union, ASEAN, or Mercosur should not be included, because they have hardly acted as coordinated, credible geopolitical actors in the past).

The fragmentation of these blocs and alliances has major repercussions for the emerging markets, more widely.

US-China friction will shift to a fuller-blown Cold War, dividing the world into two camps

The international Covid-19 response, both in healthcare protocol and economic stimulus terms, has been uncoordinated, at best, and characterised by suspicion and beggar-thy-neighbour, at worst. Given the scale of the disruption, it is unlikely that globalisation (or de-globalisation) continues the same trajectory that preceded the crisis.

Logically, there are two outcomes. Either there is a reversal of de-globalisation politics and a move to more coordination, strengthening of international bodies, and assertion of superpower leadership. Alternatively, the opposite occurs and there is acceleration towards isolationism and tribalism in international relations. A scenario positioned between these theoretical extremes may already be playing out: a more formalised cold war between the US and China.

Prior to the current crisis the US and China were already on opposing sides on many issues, for example:

Control and influence in a range of existing international bodies and agreements (eg UN, IMF, WB, WHO, WTO, IAEA, FATF) and the early stages of establishing rivals to these by China (eg AIIB in infrastructure finance, RCEP for regional trade).

The reactions on both sides to Covid-19 point in this direction, eg

The challenge for emerging and frontier market investors in a US-China cold war scenario will be to identify the countries able to occupy what might be a very narrow geopolitical space: 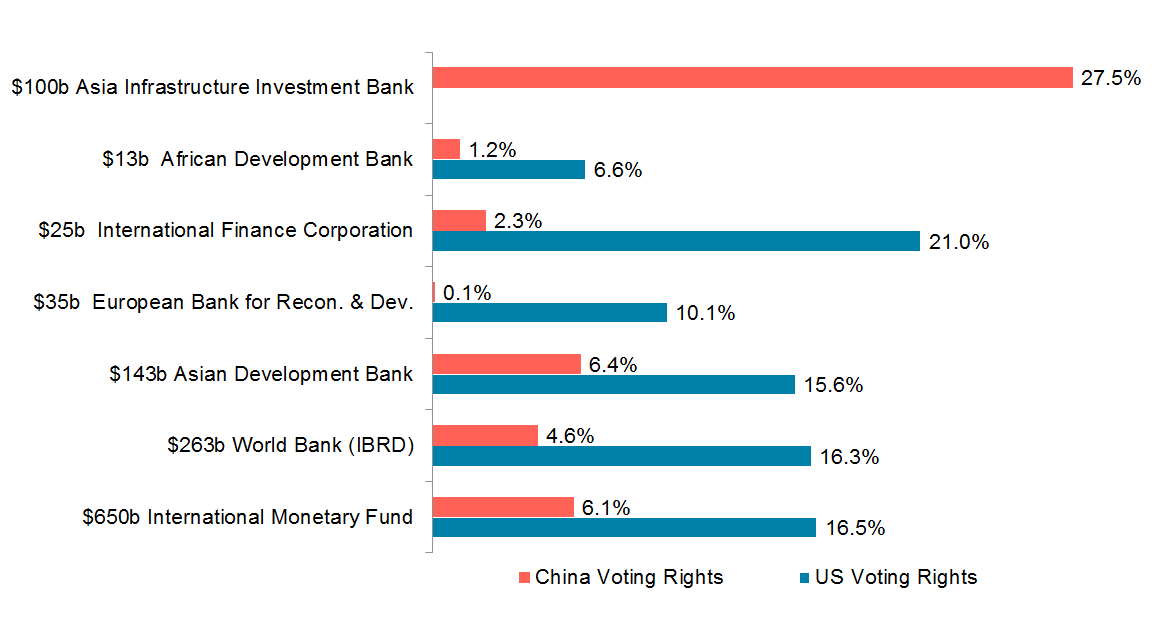 US-China: an ugly turn at a bad time

The return of pro-globalisation politics post-coronavirus?

EM Wars: The changing art and risk of war in Emerging and Frontier markets

'Westlessness': What it means for investors in EM and FM

Figure 4: China and US non-diplomacy 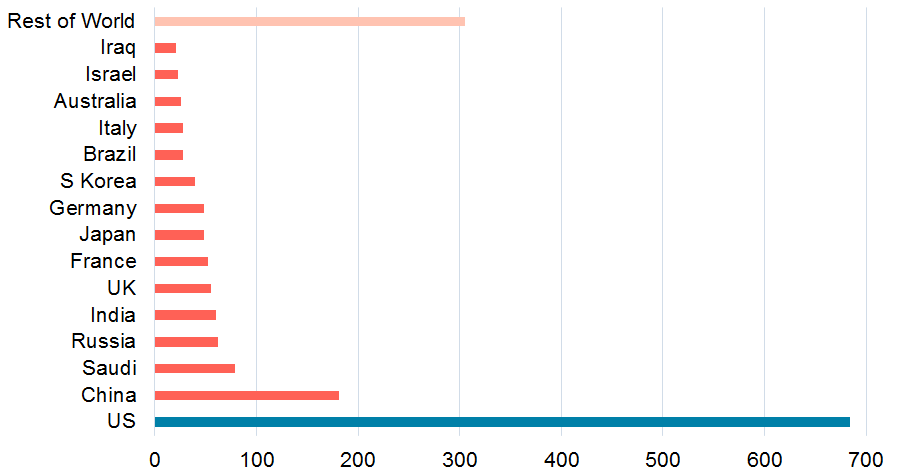 Figure 6: US versus China defence spending (US$bn), China has stopped narrowing the huge gap in the past 3 years 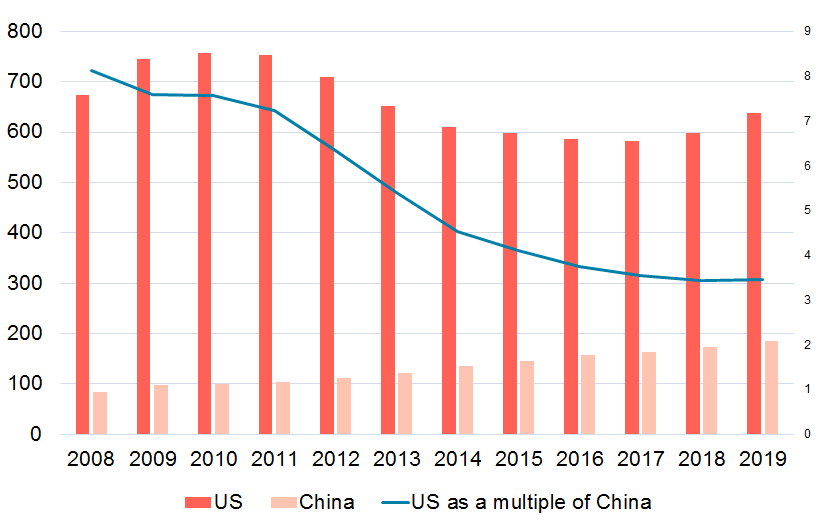 You can read more on how Covid-19 is reshaping the world in our recently published report Waiting on the World to Change, in which we explore how the current crisis will result in new normals for politics, macroeconomics, business models, and finance.