January started with investor fears of war (Iran) and ended with fear of another horseman of the apocalypse, pestilence (China).

Oil prices spiked 4% after the assassination of Iran Quds Force leader, Qassem Soleimani, in a US drone strike in Iraq, but have dropped 10% from that peak as transport has been shut in Wuhan, a central China industrial and transit hub city with a c10m population, as well as 13 other cities. Wuhan concerns will not fade as quickly as those on Iran did.

Sandwiched by these two concerns was relief over the confirmation of the phase 1 US-China trade deal and disregard for the start of US President Trump’s impeachment and the downgrade of IMF economic forecasts.

Below, we review the month-to-date in frontier and emerging markets. 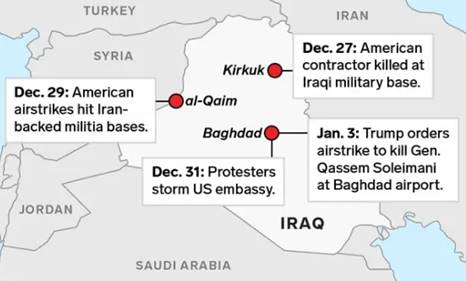 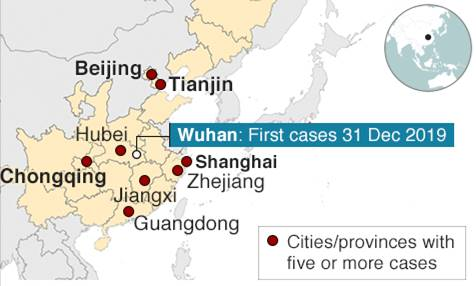 Korea (up 2%) was driven by its c30% constituent, Samsung Electronics (up 8%), which, in turn, benefited from optimism on new product cycles in phones and chips as well as a rally in DRAM (up 11%). Samsung was in the vanguard of the large cap Technology sector’s outperformance (Alibaba, Naspers and Tencent were up 3-5%) of broader MSCI EM (up 2%).

Russia (up 4%) was buoyed by optimism over potential fiscal stimulus following the appointment of new technocratic Prime Minister Mishustin and the constitutional reform proposed by President Putin (which potentially provides an indirect means to sustain his personal control beyond his presidential term by transferring powers to the State Council).

Brazil (down 1%) was hit by worse-than-expected retail sales and industrial output data.

South Africa (down 4%) fell with a 3% FX rate depreciation as policy rate was cut by 25bps to 6.25% (the first cut since July 2019, a surprise given consensus expectations of no change, and alongside a cut to the central bank’s GDP growth forecasts). The core political problem of divisions within the ruling ANC remain.

Bangladesh (up 4%) bounced in the middle of the month (after a long period of underperformance amid poor and ad hoc government policy) amid cheap valuations and the catalysts of insider buying in the largest stock (SQUARE), speculation that a government supported fund for the market is being mobilised and that the long drawn out dispute between the authorities and Grameenphone may be de-escalating.

Philippines (down 3%) underperformed as the government appeared to take an indiscriminate approach to reviewing long-standing contracts between listed, private sector companies and the government.

Indonesia (up 4%) benefited from a 2% FX rate appreciation as policy rate was kept unchanged (at 5%) and long-awaited legislation on greater labour market flexibility and lower corporate tax was readied. However, palm oil prices declined (month on month) for the first time since September 2019.

Pakistan (up 3%) kept up its multi-month rally as foreign debt portfolio inflows to local currency, long-dated government debt continued the rebuild of FX reserves (central bank-held reserves of US$11.7bn are c60% above the low points of December 2018 and June 2019; they now equate to c3 months of import cover, a metric which increases to 4.5 months if FX reserves held by the commercial banks are also included). Trading activity on the equity market remains overwhelmingly (over 90%) dominated by locals, although foreigners remain (very small) net buyers, in continuation of the trend in 2019.

Saudi (down 1%) was mixed with Consumer, Cement and Telco (ex-STC, which reported disappointing results) generally outperformed Aramco, Petchem and Banks. Qatar (up 1%) trailed Abu Dhabi and Kuwait after the Saudi foreign minister renewed criticism of Qatar’s foreign policy after what had appeared to be a few months of less tense relations.

Oman (up 1%) saw a slight surprise, in our view, with the succession of Haitham bin Tariq bin Taimur Al Said, instead of Sayyid Asad bin Tariq all Said, to deceased Sultan Qaboos.

Lebanon (down 7%) continued its descent (by the political elite) towards a full-blown crisis; ongoing protests, deposit withdrawal and FX supply controls, and the lack of a well-articulated and credible plan for restructuring from the new government (although some of the listed banks are taking action).

Mexico (up 5%) outperformed amid weak economic data in the main, liquid regional alternative of Brazil and also amid signs of over-exuberance in US$ debt markets across the region (excluding, of course, Argentina).

Peru (down 1%) was broadly static prior to elections, which likely lead to an even more fragmented Parliament that remains opposed to President Vizcarra’s anti-corruption efforts.

Colombia (down 3%) suffered towards the end of the month with the fall in oil price and as protests resumed, prompting fears of economic disruption, further populist fiscal concessions, delays to pension reform and exploitation by militants.

Turkey (up 7%) benefited from a round of positive outlook statements from the banks (Akbank, Garanti, Isbank), although much of this commentary was expected. It also saw its fifth consecutive policy rate cut (by 75bps to 11.25%), although the magnitude of cuts has moderated (policy rate was 24% in July 2019). Investors appear oblivious to the potential financial costs and potential, which might result from the more aggressive foreign policy in Libya (backing the UN-recognised government against the Hiftar-led forces, and oil and gas exploration in East Mediterranean waters claimed by Cyprus) and appear to regard the negative long-term effects of Turkey’s non-orthodox economic policy assumptions (high rates cause high inflation) and reliance on external capital inflow as adequately reflected in its FX rate and equity valuations. A sustained pick-up in exports is needed to validate this optimism (reduce the vulnerabilities to macro shocks).

Kazakhstan (up 5%) was up partly in sympathy with the main trading partner, Russia, and despite the rare (albeit very small-scale) anti- Nazarbayev protests.

Georgia (Bank of Georgia down 9%) suffered from renewed protests; elections are due in November and relations with Russia and electoral reform remain divisive issues. Furthermore, another public letter of concern on the democratic environment was sent to the Prime Minister Gakharia by members of the US Congress (this follows a similar letter sent in mid-December 2019).

Nigeria (up 7%) was driven almost entirely by local pension fund buying, in turn, resulting from their exclusion from high yielding OMOs (central bank instruments to which the government has restricted access to the commercial banks alone), and a slight reallocation (from a historic low) to high dividend yielding equities. The breakdown of negotiations between the government and PANDEF (the umbrella organisation of militants in the oil-producing Niger Delta) appeared to go unnoticed. The economic outlook for Nigeria remains moribund in our view. London-listed Lekoil (down 28%) unveiled it has been the victim of fraud and US-listed Jumia (up 25%) made senior management changes in Nigeria and promised a company-wide focus on a path to profitability.

Mauritius (up 2%) strengthened from news of the near completion of a free trade agreement with India (which accounts for 15% of imports, merely 1% of exports, and drives a trade deficit equal to c7% of Mauritius GDP).

Morocco (up 2%) benefited from what is virtually an annual asset allocation decision from local pension funds (between local debt and equity). There was little economic data to support this: (i) FDI fell 46% in 11M 2019 (if the US$1.1bn Sanlam-Saham acquisition in the insurance sector in October 2018 is stripped out, then FDI is broadly flat in 2017-2019 and below levels seen in 2013-2016); and (ii) anti-corruption legal reform was delayed for the fourth time. It remains to be seen whether any material change (eg reform and privatisation of state-owned firms in airlines, phosphate behemoth OCP, rail, roads, and utilities) will result from the November 2018 royal appointment of Chakib Benmoussa (formerly an interior minister and ambassador to France) to lead a committee to recharge economic growth.

Egypt (flat) was held back by the absence of a policy rate cut (one part of the capex recovery thesis), although this was offset by a 2% FX rate appreciation (the FX rate is at risk of depreciation this year as policy rates reduce alongside inflation and the carry-trade in local currency government debt for foreign debt portfolio capital becomes less attractive).

Kenya (flat) seemingly brushed off another reminder of ongoing security risk (the Al-Shabab attack on the US Camp Simba) and political division (VP Ruto’s non-attendance at President Kenyatta’s state of the union address).